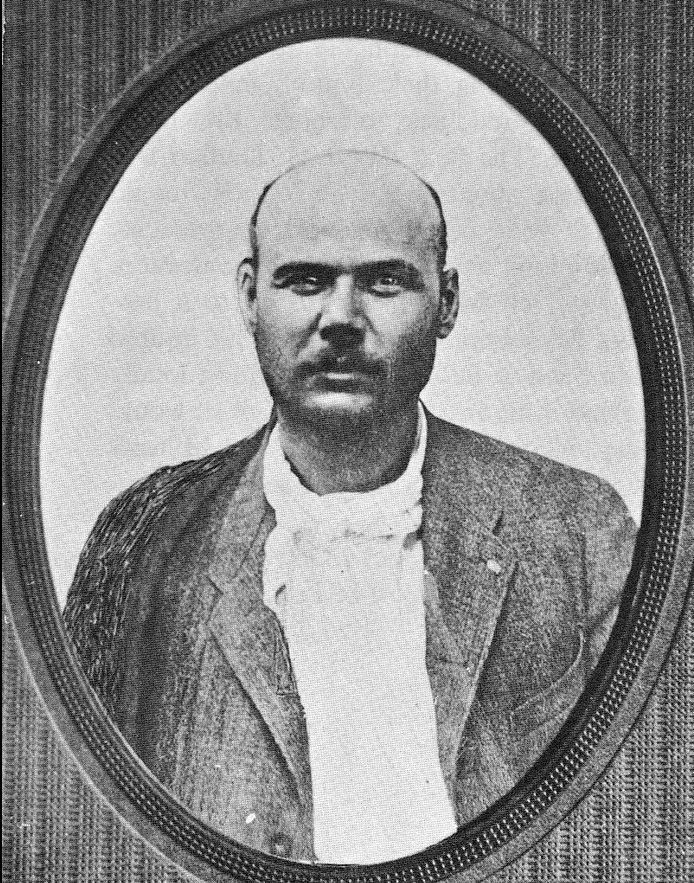 Burt Alvord was a prankster, a lawman and an outlaw. 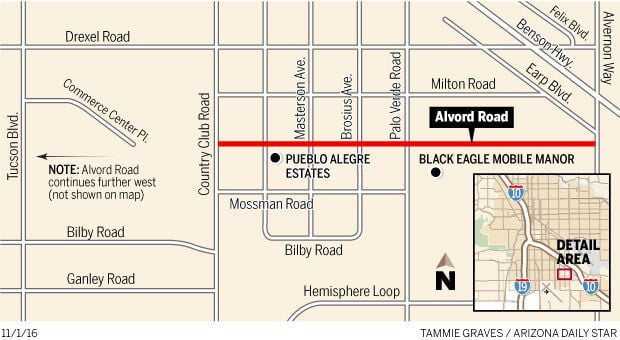 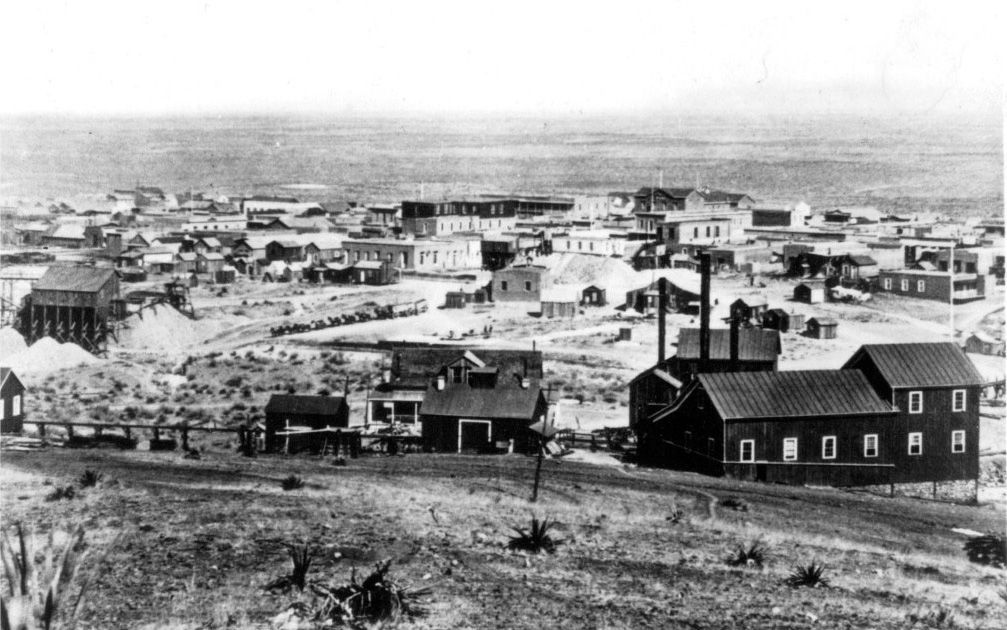 Burt Alvord likely arrived in Tombstone with his family when he was about 13. A scene from Tombstone in 1881 is shown. 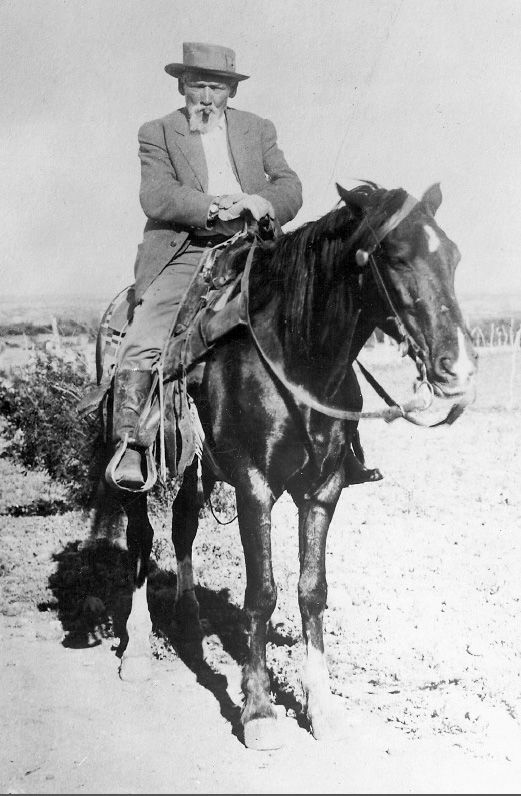 Burt Alvord’s wild-west life — peppered with gun battles and train robberies as he ultimately worked both sides of the law — is commemorated by a road on Tucson’s south side.

Alvord, whose full name was Albert W. “Burt,” was born to Charles and Lucinda Alvord on Sept. 11, 1867 in Susanville, California. The family with five children soon relocated to Santa Barbara, California, where Charles worked as a mechanic, county assessor and town assessor.

Charles, who had experience in mining, prospecting and livery work, traveled to Tombstone, Arizona Territory, likely in late 1879, and by 1880 the Alvord family arrived in the mining boomtown. Charles found employment as a mechanic for the mining companies and served as a justice of the peace for many years.

His son Burt, 13 when he arrived, attended school there but it seems most of his education was gained on the streets of Tombstone.

Burt may have witnessed the gunfight at the OK Corral, the famous shootout on Oct. 26, 1881, that pitted the Earp-Holliday contingent against the Clanton-McLaury band. Burt sometimes worked at the corral making repairs, caring for horses and sweeping out horse stalls, though very little proof exists that he saw the gunfight.

In November 1886, the citizens of Cochise County elected John Slaughter, owner of one of the area’s largest cattle ranches, as sheriff. Slaughter in turn chose Burt as deputy sheriff. Slaughter and Burt Alvord pursued and captured many outlaws and ruffians as a team. They commonly snuck into outlaw camps, bootless and quiet as church mice to wrangle their prey.

One example of this occurred the following year. A deadly train robbery was carried out in Sonora, Mexico, by Jack Taylor and his gang. While Taylor was apprehended, several of his men escaped across the line into Cochise County where they attempted to hide in the Whetstone Mountains. Slaughter, backed up by deputies Burt Alvord and Cesario Lucero, followed the brother of one of the bandits to their campsite in the mountains. The three men were still in their blankets at the time Slaughter and his men woke them. A gun battle played out and two of the bandits received severe injuries, one dying as a result.

Alvord enjoyed playing pranks. One of his most noted occurred in June 1890. Alvord and a companion, Max Marks, were in Bisbee, and before they departed, telegraphed the Tombstone Telegraph newspaper: “Bodies of Alvord and Marks will arrive this afternoon.”

Tombstone became the center of rumors regarding a shootout in Bisbee and other such events that never occurred. A crowd appeared at the stage stop to see the incoming caskets. Instead, Marks and Alvord stepped off the stage with Alvord stating, “Sure our bodies arrived. We never go out without ‘em.”

In the mid-1890s gold was discovered in what became Pearce, Arizona Territory. By early 1896, about 200 people lived in the area, mostly in tents and rudimentary homes. A general store, two boarding houses and a few saloons offered good times to the miners, who at times got out of control.

In late-1896, it’s believed Alvord and his new wife, Lola Ochoa, whom he had married earlier that year, came to Pearce. The couple bought a house on Main Street, and the nearby Warren Ranch, where he intended to raise horses.

The following year, in March 1897, he became deputy constable under Constable George Bravin, in Precinct 9, which included Pearce. Bravin and Alvord made Pearce almost as peaceful as the Sonoran Desert on a cold night, but Alvord’s time in Pearce would be short.

In July 1897, he accepted the position of constable of Precinct 3, and was stationed out of Willcox, Arizona Territory, a town desperately in need of some law and order. Willcox at the time was a prospering community of more than 500 people with a telegraph and express office, two large merchandising firms, Soto Bros. and Norton & Co., numerous hotels and saloons, and an important stop on the Southern Pacific Railroad.

Alvord received payment in a variety of ways, such as collecting licenses and other fees, transporting inmates and being in charge of the jail. Some of the money came from Willcox and some from Cochise County but it may have not been enough for Alvord.

In January 1899, Sheriff Scott White appointed Alvord as a deputy sheriff of Cochise County, a role he had served in under several previous sheriffs. In his dual role as Willcox constable and deputy sheriff, Alvord sometimes deputized his friends such as Matt Burts, Bill Downing and Billy Stiles.

It’s believed that later that same year, Alvord decided being on the right side of the law didn’t pay, at least not well enough for his desires.

He planned a train robbery along with Burts, Downing and Stiles, believing that the train stopping at the Cochise Station before heading east to Willcox on Sept. 9, 1899 would be carrying the payroll for the nearby miners at Pearce.

On the night of the planned heist, Alvord remained in Willcox, in a saloon, enjoying whiskey and beer. This visible location would allow him not only to have an alibi but also to be close by to organize and be in charge of any posses formed to capture the bandits.

The robbery took place as planned with the three others taking the train at Cochise Station, blowing open the Wells Fargo safe in the express car and riding away with the loot. It’s unknown how much cash and jewelry was taken — but it is known that the payroll for the miners at Pearce had already arrived a few days earlier.

The three outlaws immediately returned to Willcox, where they deposited their ill-gotten gains at the “Bank of Alvord,” before two of them, Stiles and Downing, headed back to Cochise Station to meet up with Alvord. The three led small posses in the search for the train robbers but, not surprisingly, came up empty handed.

Alvord spent some years on the run after this robbery, still acting on both sides of the law, including helping to capture a notorious killer, Augustine Chacon. But he was finally sent to the Yuma Territorial Prison for a 2-year sentence.

He is believed to have died about 1910 of fever on the island of Barbados.

Special thanks to Aloma J. Barnes author of Dunbar: The Neighborhood, The School and the People 1940-1965

A grandmother’s campaign plants over a million trees in Mexico

A grandmother’s campaign plants over a million trees in Mexico

Burt Alvord was a prankster, a lawman and an outlaw.

Burt Alvord likely arrived in Tombstone with his family when he was about 13. A scene from Tombstone in 1881 is shown.