Street Smarts: Babcock locked UA gates to keep animals out
Share this
1 of 5 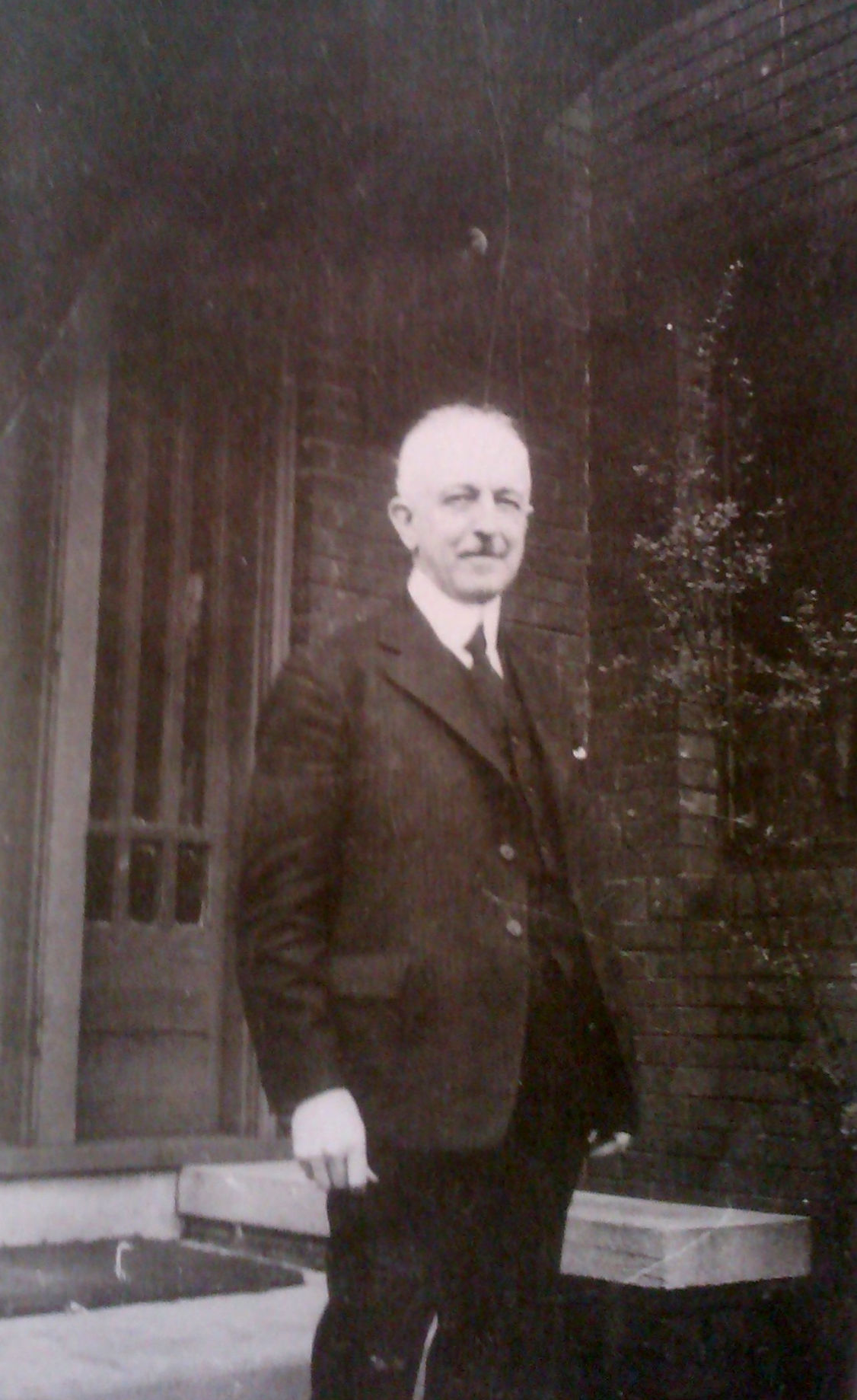 Kendric Babcock, seen in 1921, became the fifth president of the University of Arizona in 1903. He served until 1910, leaving for the U.S. Bureau of Education. 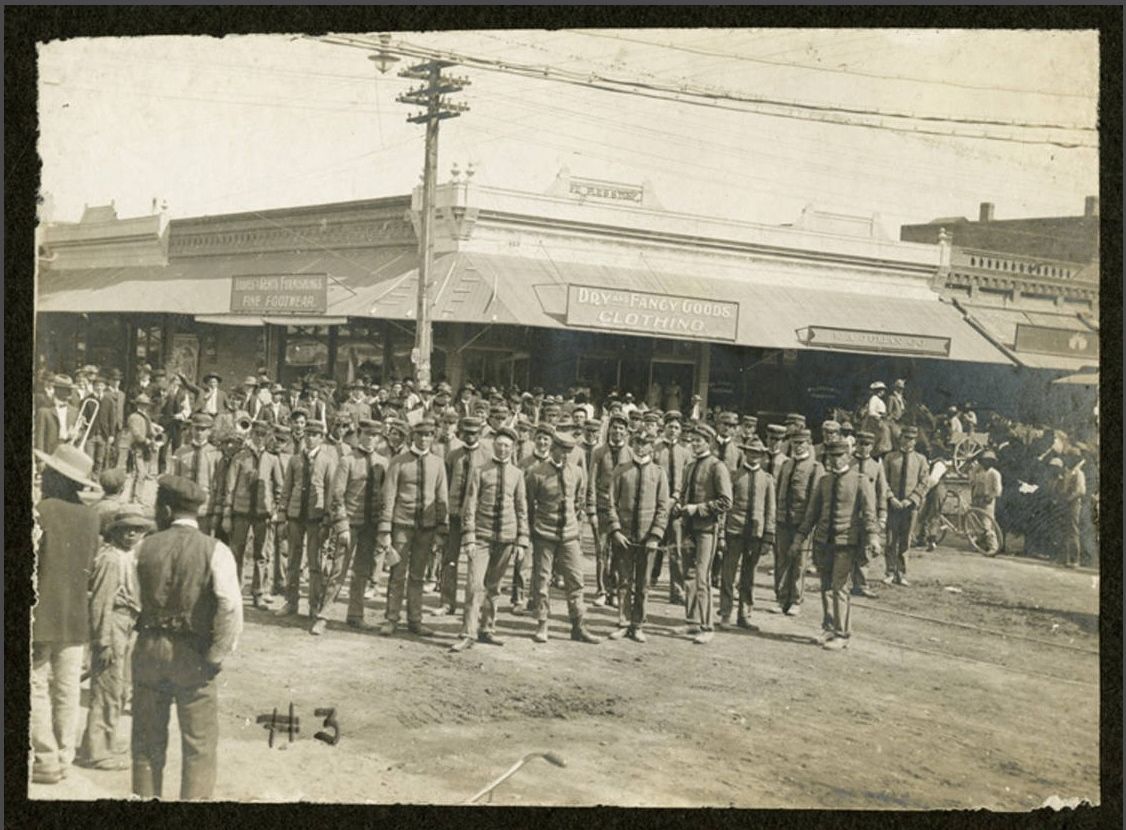 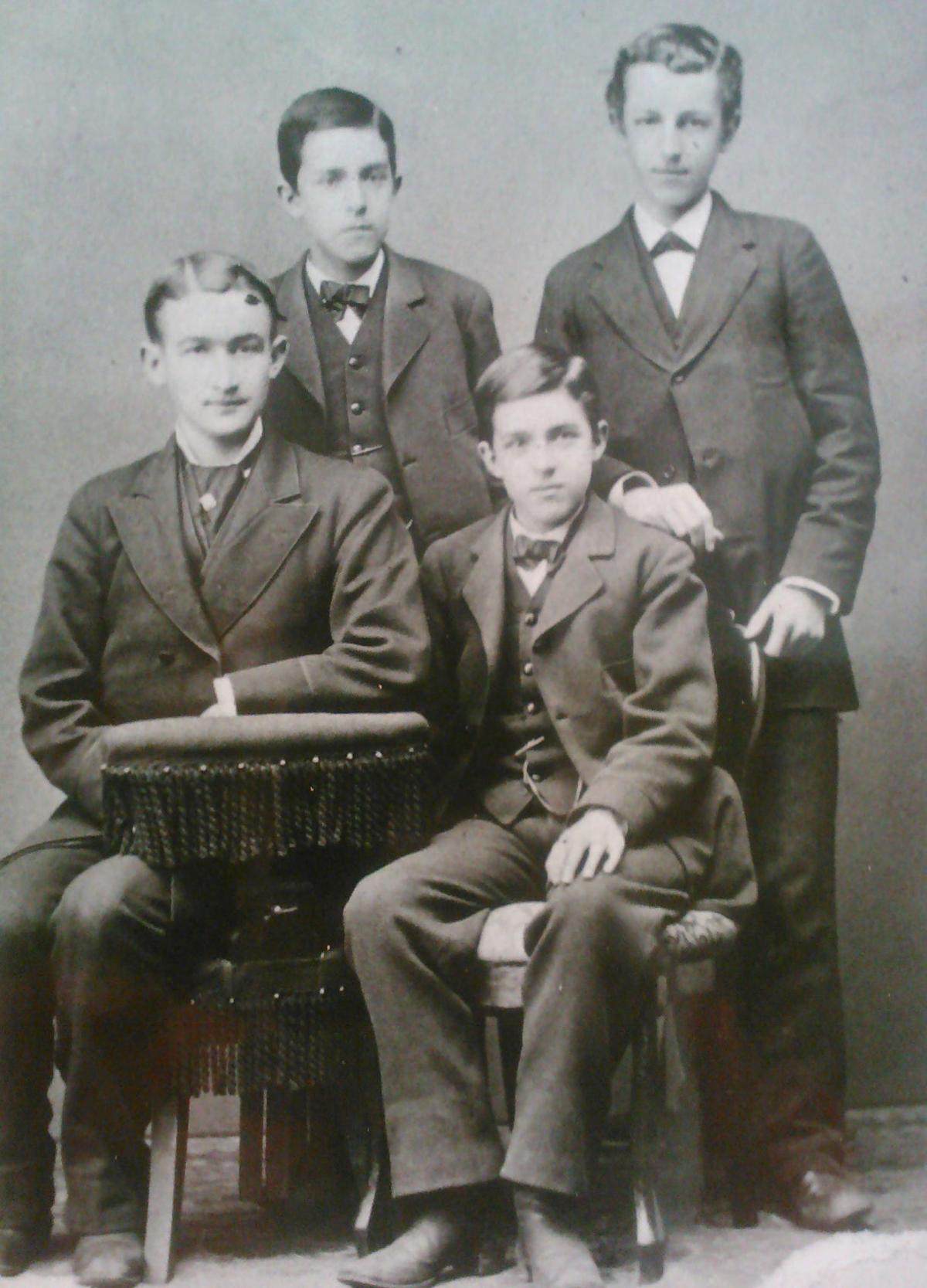 Kendric Babcock, upper left, at the Brookfield Academy, (Brookfield, NY) ca. 1881. Courtesy of the U of A Spec. Col. 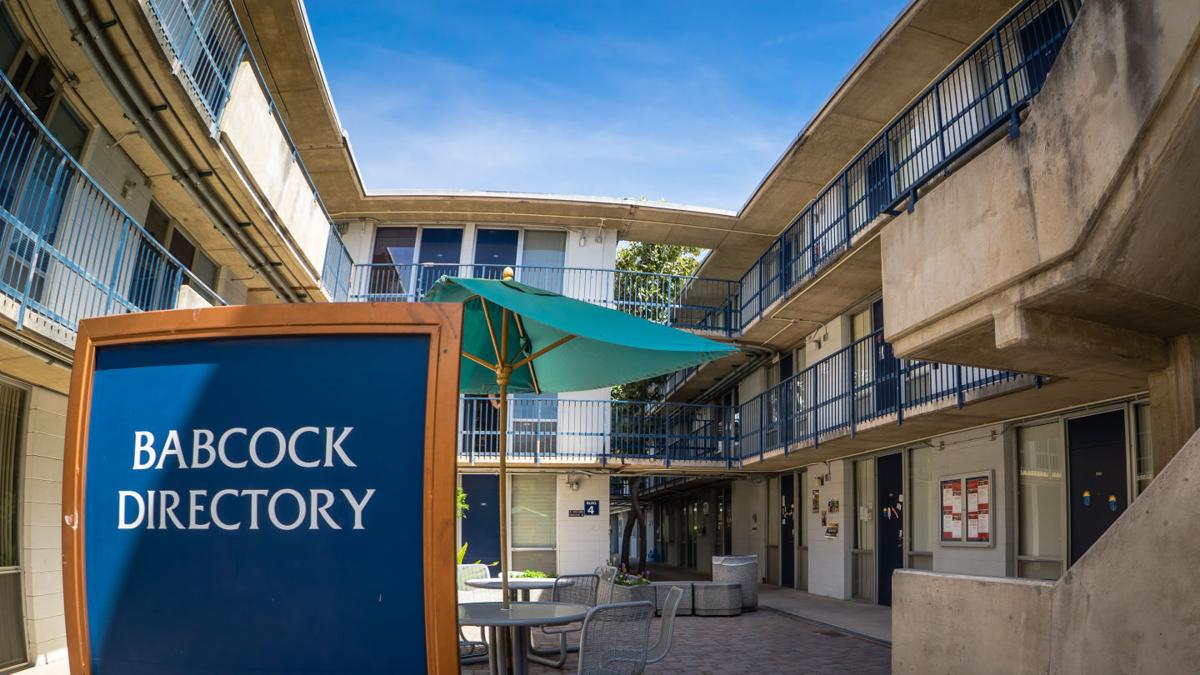 The Babcock Building, at 1717 E. Speedway, is one of the UA’s co-ed residence halls. It is the only one with a pool. 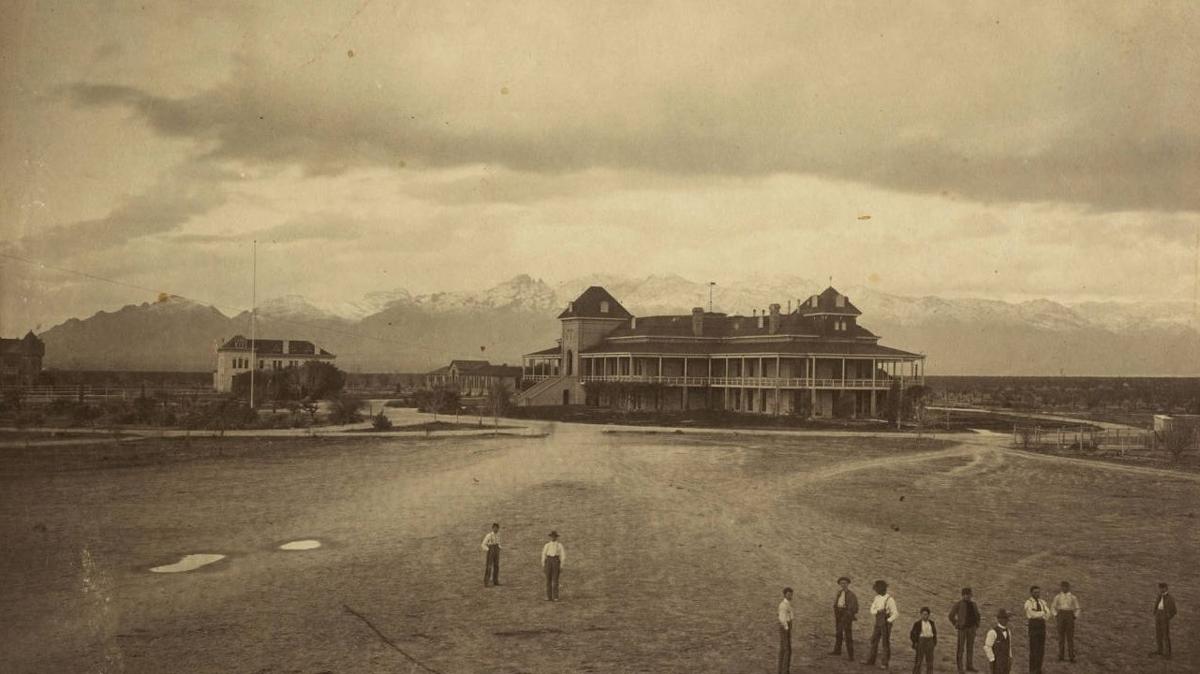 Old Main and the University of Arizona, with the snow -covered Santa Catalinas in the background, in 1902. Babcock would arrive the next year.

An early president of the University of Arizona — and one with an uncommon sense of humor — is remembered with both a building and a street named in his honor.

Kendric C. Babcock, a descendant of an old Rhode Island family, was born on Sept. 8, 1864, in South Brookfield, N.Y. He attended the common schools of his small town, graduating from high school in 1881.

Babcock taught school for four years and then, in 1885, returned to school himself. He completed his undergraduate work at the University of Minnesota in 1889 and then went to work there, teaching history and English.

His next step up the ladder of education was Harvard University, where he earned a master’s of arts degree and a doctorate in philosophy in 1896. At Harvard, he did special research on Scandinavians of the Northwest, having gained a particular interest while visiting Norway, Sweden and Denmark a few years earlier.

In 1896, he received a job offer from the University of California-Berkeley and headed west. There, he taught political science and history before becoming assistant professor of American history.

Babcock became the fifth president of the University of Arizona on Nov. 4, 1903. His inauguration was held at the Tucson Opera House and was attended by everyone from Gov. Alexander O. Brodie to pastors of Tucson churches.

He immediately made some changes to the university, discontinuing weekly and sometimes semi-weekly faculty meetings to let teachers and researchers work without interruption. He also modified the curriculum by adding a course in irrigation and another in metallurgy.

In 1904, students requested a day off to celebrate St. Patrick’s Day. Babcock penned his reply on the petition in green ink: “I may be ‘green’ but not so ‘green’ as this.” The president’s humor seems to have been lost on some students who paraded downtown, many them in their cadet uniforms, as they took the unapproved day off.

After the leaders of the student insurgency were suspended, acts of insubordination continued, including hanging Babcock in effigy. The “scandal” was reported in newspapers across the Arizona Territory — even the governor got involved, telling Babcock and the Board of Regents to stick to their guns even if it meant dismissing every student at the university.

The student leaders were punished again with extra drills. Some of them, including future business leaders Monte Mansfield and Harold Steinfeld, were made to lay bricks. With time, the animosity died down and the student body and university leadership learned to work in harmony.

Two years later, Babcock hired his most famous faculty member, Andrew Ellicott Douglass, who came to the Old Pueblo to teach geography and physics but went on to become a world-renowned scientist. Douglass established the Department of Astronomy and supervised the construction of the Steward Observatory, but is best known for founding the Laboratory of Tree-Ring Research and founding the modern science of dendrochronology.

While Babcock had to address the major issues of his day at the fledgling university, at times he was called upon to deal with issues of less significance. For example, in May 1908 the Arizona Citizen newspaper asked his reasons for locking the main gates at the university at night. His reply:

“The lawns, alfalfa, shrubbery, gardens, irrigating terraces and ditches are at best maintained with difficulty and at great expense. Open gates at night mean the invasion of cattle, horses, and burros, the trampling of the grounds and destruction of shrubbery, not to mention other annoyances. Gates closed but not locked are almost certain to be left open by the first driver of carriage or automobile to pass through and so they remain open the whole night, since we have at present no night-watchman.

“It is simply because the University grounds are public property, maintained at public expense, that I am so careful to protect them from damage. By day we can watch the campus and care for it and open it for the pleasure of all who wish to enter; by night we cannot watch it and so we have for two years closed it to vehicles, but not to pedestrians, at nightfall. I therefore ask the co-operation of the citizens of Tucson in the endeavor to preserve and improve the campus and in the maintenance of good order.”

In 1910, Babcock submitted his resignation to the Board of Regents. When he left, the UA had 195 students, a number that likely including prep students.

In December 1910, Babcock was honored at a farewell service at the Congregational Church of which he was a member and at a farewell dinner at the Old Pueblo Club.

Babcock’s next role was with the U.S. Bureau of Education (the current U.S. Department of Education), where he studied the conditions of colleges and universities. He later became dean and provost at the University of Illinois. He died in Illinois in 1932.

Babcock is also the namesake of the Babcock Building at 1717 E. Speedway.

Street Smarts author David Leighton has a new book, "The History of the Hughes Missile Plant in Tucson, 1947-1960." This small volume explains why Howard Hughes and the Hughes Aircraft Co. chose Tucson, the involvement of the Tucson Airport Authority and the lives of the employees who made the plant now called Raytheon what it was. It is available at local libraries.

The name of a fast-growing Southern Arizona town may be a long-held misspelling.

Yale Epstein was born to Harry and Bessie Epstein on June 24, 1919, near Toronto, Canada. He was born in Canada because his parents were tempo…

Jim Griffith tells of the dirtier side of the cattle business.

Kendric Babcock, seen in 1921, became the fifth president of the University of Arizona in 1903. He served until 1910, leaving for the U.S. Bureau of Education.

Kendric Babcock, upper left, at the Brookfield Academy, (Brookfield, NY) ca. 1881. Courtesy of the U of A Spec. Col.

The Babcock Building, at 1717 E. Speedway, is one of the UA’s co-ed residence halls. It is the only one with a pool.

Old Main and the University of Arizona, with the snow -covered Santa Catalinas in the background, in 1902. Babcock would arrive the next year.