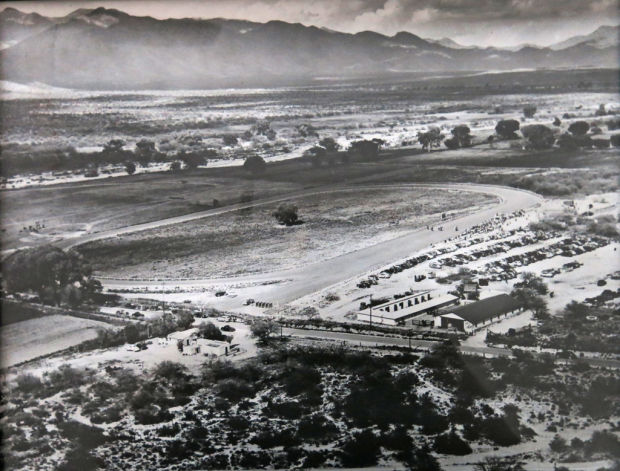 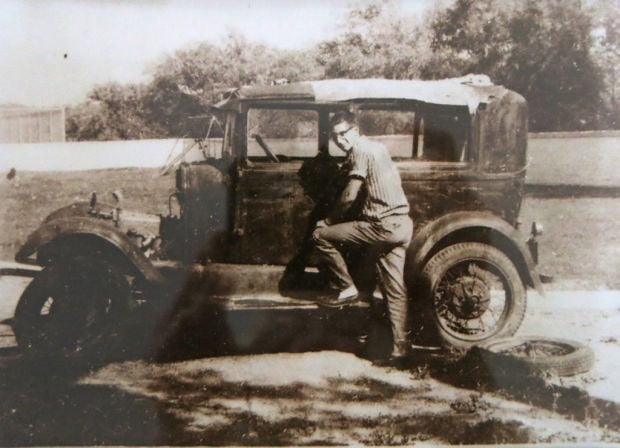 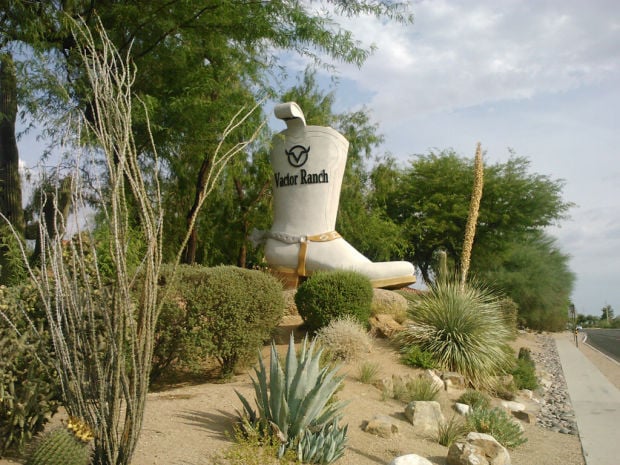 The giant boot once guided folks to the tony Tack Room. Now it marks a housing area and Vactor Ranch Trail. 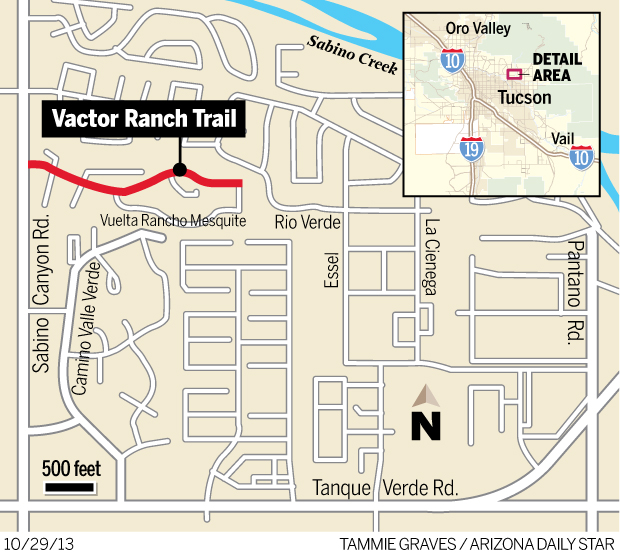 A giant boot on the northeast side marks the former site of a racetrack, a cotton farm, a guest ranch, a fancy restaurant and — now — a development and street named for the family that owned the property for decades.

The street is Vactor Ranch Trail.

In 1943, Van Grant purchased the property. He added onto Hacienda Moltacqua to accommodate his family of eight children and changed the racetrack into a cotton farm. Three years later the land was sold to investors, who converted it into a guest ranch called Rancho Del Rio. Among the investors were Marvin and Fannie Kane, who later bought out their partners and in 1952, put son, Jud Kane in charge.

Jud called the best cook he knew, his sister Alma (Kane) Vactor. He asked her to come from Ohio to spend a few months each year managing the guest ranch’s food service. During that time, when air conditioning was rare, the ranch was only open from Thanksgiving to the first of May.

In 1958, the Vactor family — which included Alma and David and their kids Drew, Wendy and Jill — moved into the old Hacienda Moltacqua. David became the manager while Alma handled the food. During the day, guests rode horses, swam and played tennis, while at night they watched dances performed by American Indians, listened to cowboy songs or watched movies.

David, who had served in the Army Air Corps in World War II, was also commander of the Pima County Sheriff’s Aero-Squadron. He flew his plane from a 3,000-foot runway that began where North Sabino Canyon Road meets East Shoreline Drive and then went east along the south bank of the Tanque Verde Wash.

In 1965, the Vactors closed the ranch and opened an upscale restaurant called The Tack Room at Rancho Del Rio.

In the early 1970s, the family sold about 100 of the original 200 acres. Two subdivisions — Villa del Rio and Vista del Rio — were built on this land.

In 1974, Jud Kane died and Drew Vactor joined his father in running The Tack Room until David’s death in 1984. Drew took over and Alma continued to work on new dishes with the head chef until 2000.

In 1996, ContraVest Properties Inc. purchased about 26 acres of the original land and built family homes, but left the restaurant and the four acres it sat on alone. The new subdivision was called Vactor Ranch , and the main street through it was named Vactor Ranch Trail the same year.

Drew retired in 2000 and Bob McMahon’s Metro Restaurant group ran The Tack Room until it closed in 2003. In 2005, the remaining four acres were sold and are now part of Vactor Ranch.

Special thanks to Marjorie Simons for providing a copy of her husband’s book, “A Neighborhood No More,” by Dr. Bud Simons.

The giant boot once guided folks to the tony Tack Room. Now it marks a housing area and Vactor Ranch Trail.