In 1951, Pima County named an access road that led to the Marana Auxiliary Army Airfield No. 5 — built during World War II and now called El Tiro Gliderport — in Avra Valley.

They called it El Tiro Road (The Shot Road), and as a result several subdivisions bordering this road later on would be named in connection with it, such as El Tiro Estates (The Shot Estates), Hunter Subdivision and El Tirador Estates (The Shooter Estates).

Around 1970, Gene E. Anderson, a civil engineer and owner of Anderson Engineering, and his team had the task of coming up with street names for the new El Tirador Estates, a subdivision name they likely came up with themselves or with the help of the land owner.

According to his son Jeff Anderson, his father was an avid hunter and owned several firearms for this purpose, which may have contributed to the names chosen. All of the street names are connected with firearms.

Musket Road: A musket is a somewhat general term for a muzzle-loading (projectile loaded from the front of the barrel), long gun with a smoothbore barrel that is shot using the shoulder.

Later on when the barrels had rifling or grooves on the inside they were called rifled muskets.

One example of a musket in American history:

During the American Revolutionary War, French support of the colonists against the British was vital for victory. At the beginning of the war, the colonies had a shortage of firearms as a result of Britain’s gun control program, which included a 1774 import ban on firearms and gunpowder and a 1774-75 confiscation of firearms and gunpowder. The Intolerable Acts, along with the confiscation of weapons from colonists, contributed to the outbreak of hostilities between Britain and its colonies in 1775.

The following year, the Continental Congress created a secret committee to buy weapons from France, and two years after that when France declared war on Britain, it began shipping muskets directly to the 13 colonies. The musket in this case was the French Infantry Musket, M1728 (Charleville). A later model of this musket, the M1763, served as a model for the first American Springfield musket made in 1795.

Springfield Road: In 1777, Gen. George Washington, commander-in-chief of the Continental Army during the American War of Independence, ordered the Springfield Armory to be founded in Springfield, Massachusetts. The armory produced pistols, swords and ammunition as well as repaired weapons. It also stored weapons.

During the U.S. Civil War, the Springfield Armory supplied Union Army troops with muskets and, toward the end, rifles.

If the street is named for a particular model from the Springfield Armory it is likely the very popular M1903 Springfield, although it might just be named for Springfield firearms in general.

Carbine Road: A carbine is a fairly general term and while the roots of the word aren’t fully known, it is likely a modification of the French word “carabine,” meaning short rifle. Basically, a carbine is a long rifle that is shorter than a full-sized rifle.

Prior to the 1700s, carbines were mostly used by cavalry and soldiers not normally in direct combat.

Then some specialists, unmounted officers and artillerymen started to carry carbines and it grew more popular among soldiers fighting on the ground and in normal combat roles.

The M4 Carbine is now the standard issue firearm for the majority of units in the U.S. military.

Derringer Road: Henry Deringer was born in 1786 to a father who was a colonial gunsmith who made Kentucky rifles. In 1806, he relocated to Philadelphia and started his own firearms manufacturing plant, winning U.S. government contracts to supply several types of guns. His focus after 1825 was on creating single-shot pistols and his small cap lock pistol became his most well-known weapon. It was easy to handle and quite accurate at short distances. In time, his gun was duplicated by other firearms manufacturers and was an in-demand weapon in the period from the 1840s to the U.S. Civil War. One of the manufacturers, Colt, made the pistol well into the late 1900s.

The difference in the spelling between the inventor (Deringer) and gun (Derringer) occurred when actor John Wilkes Booth assassinated President Abraham Lincoln in Ford’s Theater on April 14, 1865, in Washington, D.C. When a journalist assembled the details of this momentous event he misspelled the gun as “Derringer” in his story, which was reprinted many times, and the pistol became known as the derringer.

Flintlock Road: Flintlock is a general term for any firearm that uses a firing mechanism where a piece of flint — a piece of shiny grey or black stone — is used to strike a steel surface, causing a spark, which ignites gun powder and sends a projectile down the barrel.

The flintlock mechanism was developed in the 1500s and first applied to a firearm in 1560.

A couple of the popular firearms that used the flintlock firing mechanism were the Kentucky long rifle, utilized on the American frontier, and the Brown Bess, carried by both American and British soldiers in the American Revolution.

Jack Sparrow, the character played by Johnny Depp in the film Pirates of the Caribbean, often is featured with flintlock pistols.

Single 6 Road: William B. “Bill” Ruger, the Brooklyn-born founder of Sturm, Ruger & Co., better known as just Ruger, created the Ruger Single Six in 1953 because of the popularity of Western movies and TV shows and his belief that a “cowboy type” gun would be desired by the general public. The Single Six is a .22 caliber single action revolver suggestive of firearms used in the Old West and featured in many cowboy movies. Many of the guns used in the Old West were .22 caliber.

Sturm, Ruger & Co. was founded by Ruger and Alexander McCormick Sturm in 1949 and has it headquarters in Southport, Connecticut, with manufacturing plants in Mayodan, North Carolina; Newport, New Hampshire; and Prescott.

Note: Over the next few years, after El Tirador Estates was developed, the Hunter Subdivision No. 2 was created just north of it and the street namers of this subdivision kept the same firearms theme.

Special thanks to Treavor Schultz for research assistance on this article.

David Leighton is a historian and author of “The History of the Hughes Missile Plant in Tucson, 1947-1960.” He has been featured on PBS, ABC, Travel Channel, various radio shows, and his work has appeared in Arizona Highways. He named two local streets in honor of pioneers Federico and Lupe Ronstadt. If you have a street to suggest or a story to share, email him at azjournalist21@gmail.com

Street Smarts: Who knew? Tucson's Hawk Drive honors a MLB hitter, not a bird of prey

In 1972, Quentin Bryson, a Tucson real estate broker and developer, along with partner Paul H. Hvidsten of the Sunrise Design and Building Cor…

Street Smarts: How Painted Hills and other west-side streets got their names

Prominent lawyer Robert Daru was a winter visitor whose family made its mark on Tucson.

The number of confirmed coronavirus cases across Arizona is 8,919, the Arizona Department of Health Services said.

Around 1970, Gene E. Anderson, a civil engineer and owner of Anderson Engineering and his team had the task of coming up with street names for the new development, Hunter Subdivision, a subdivision name they likely came up with themselves.

Boudinot Bakewell Atterbury — whose family name was later given to a wash in Tucson — was born in 1892 in Beijing, China, where his parents were missionaries.

Street Smarts: Midtown subdivision developer would go on to be Tucson mayor

Lewis W. "Lew" Davis started his career in Tucson real estate in the early 1950s and later the successful business man moved on to serve six years as Tucson's mayor and is credited with an infamous quote about Speedway. 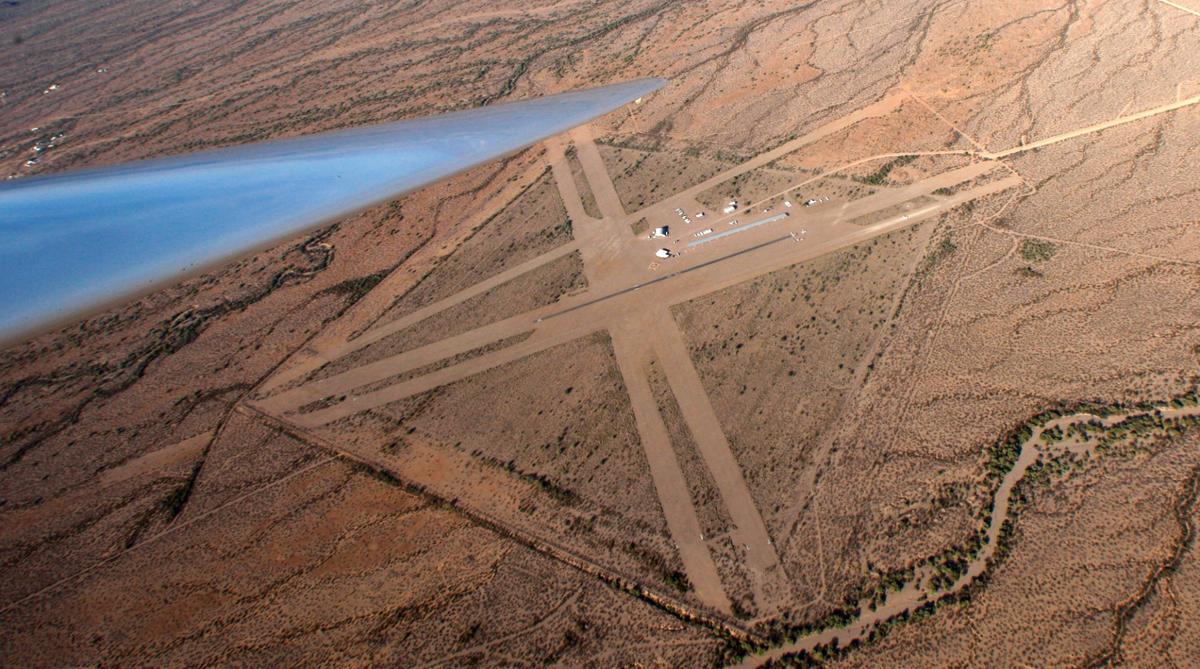 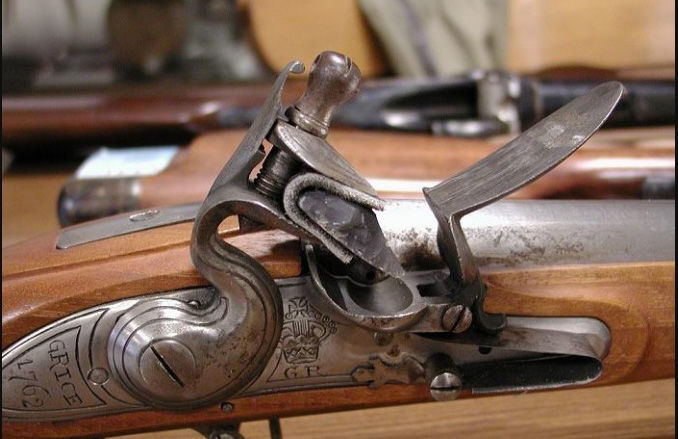 Flintlock mechanism on a Brown Bess. 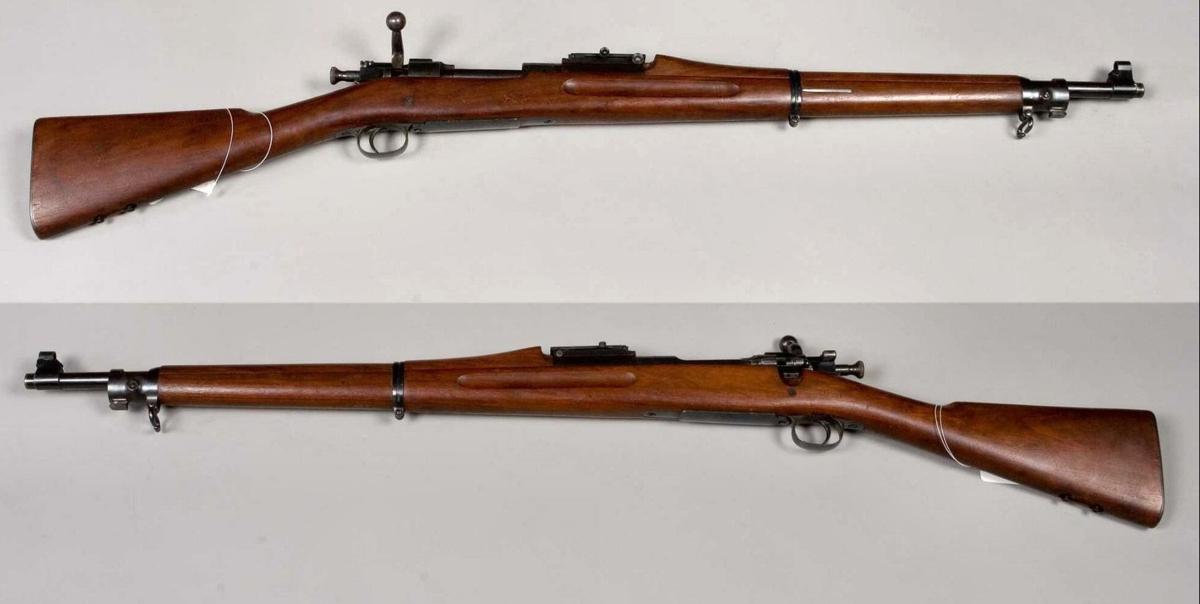 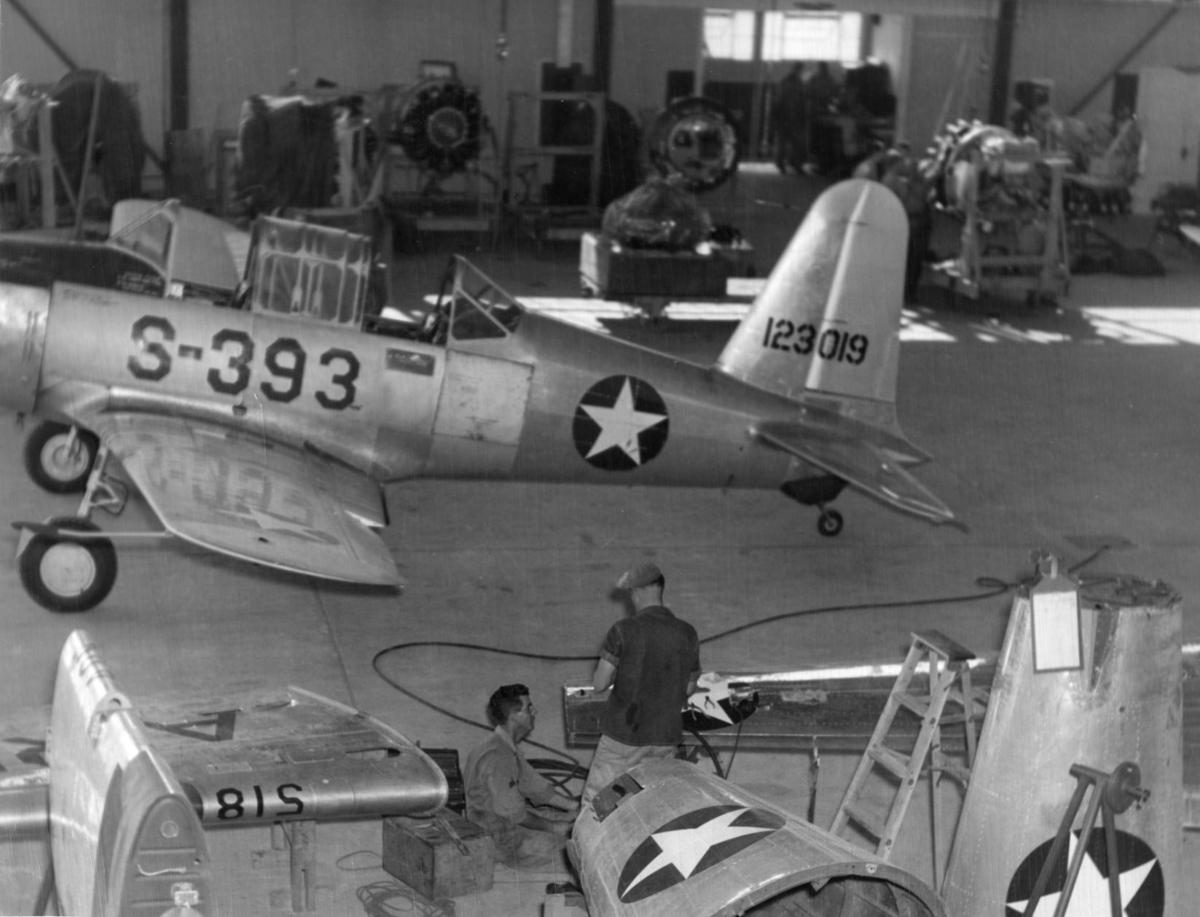 Heavy repair is done in the shops of the 371st Sub-Depot of Air Service Command at Marana Army Air Field during World War II. 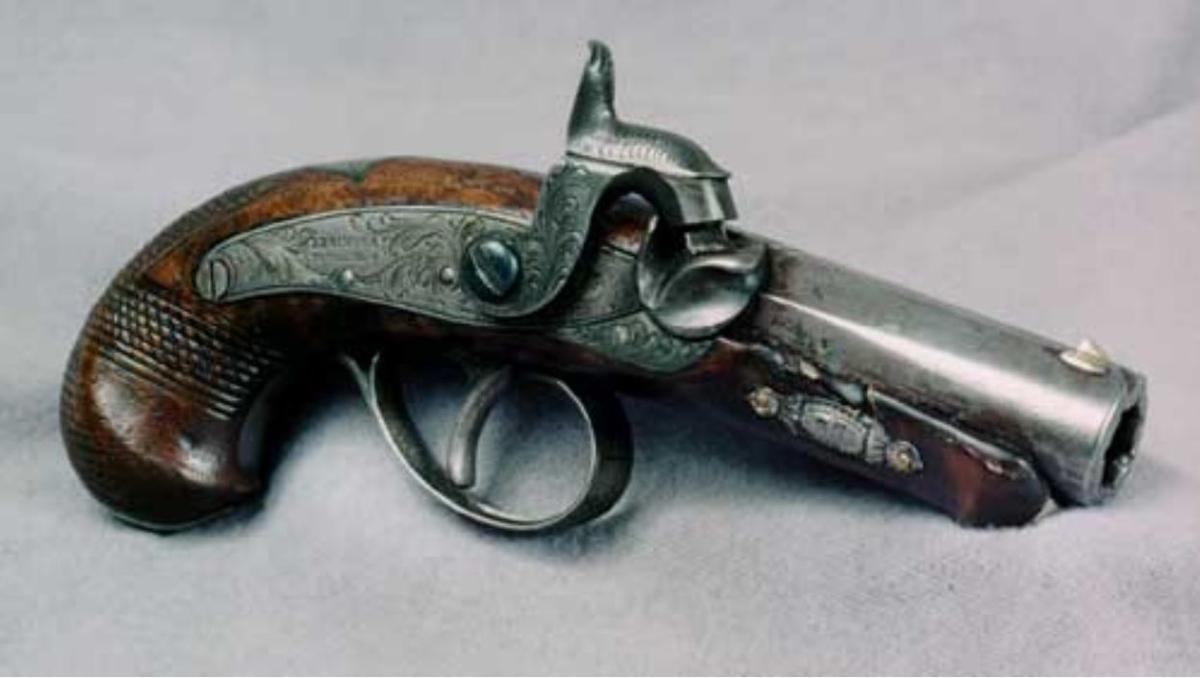 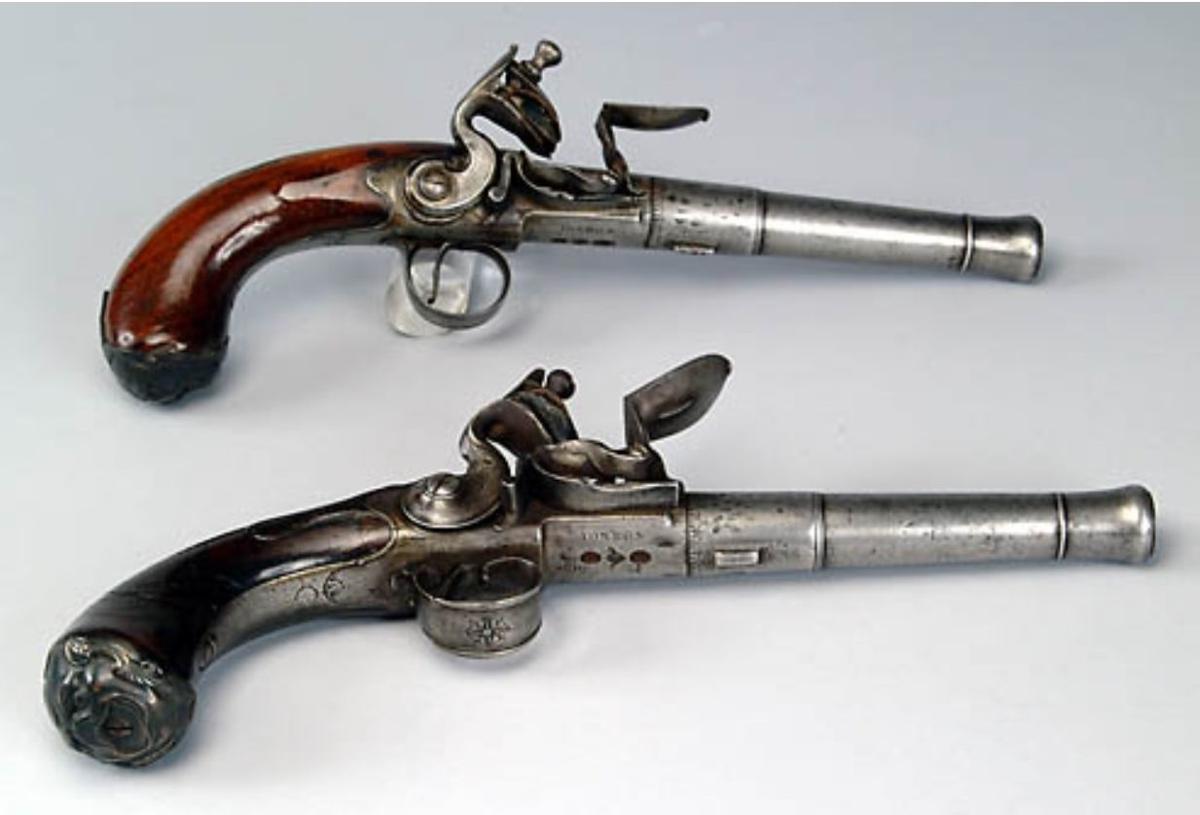 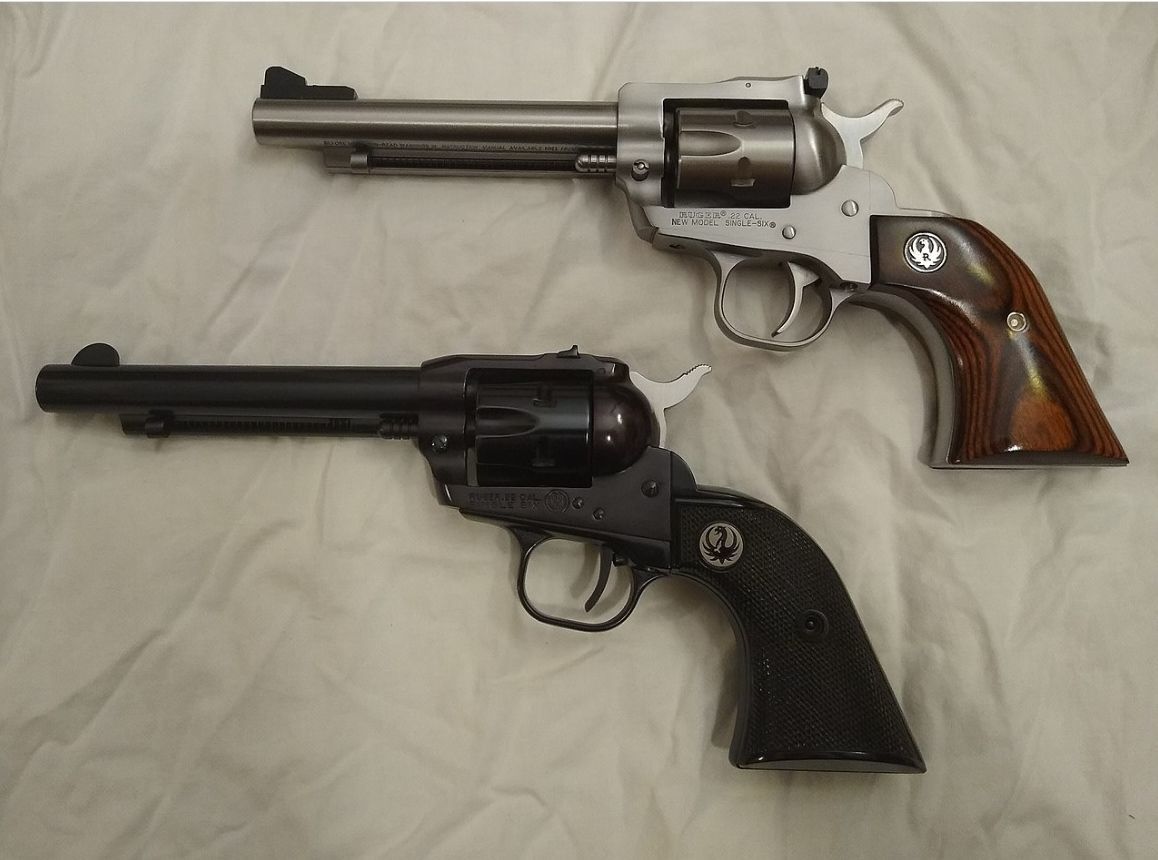 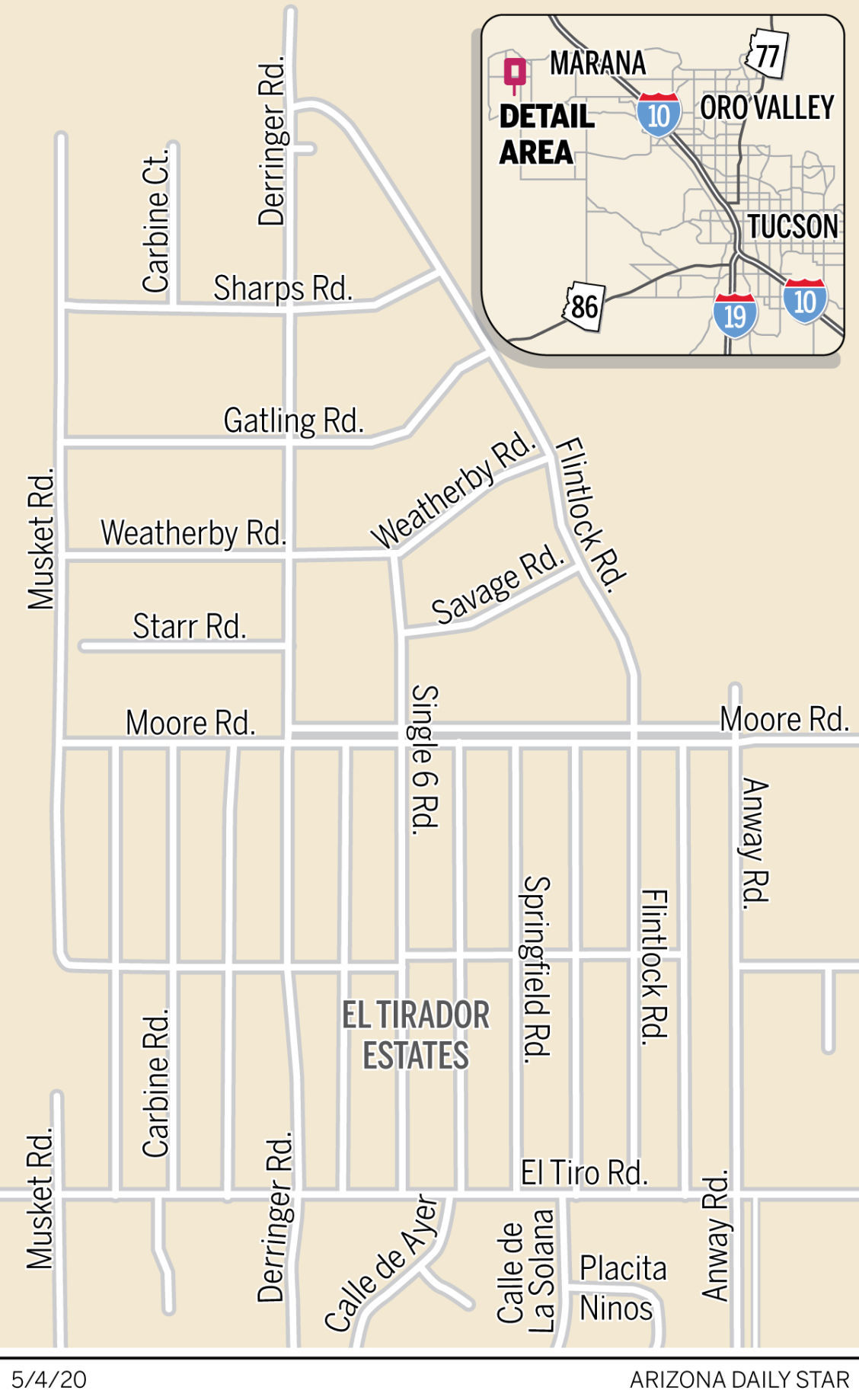