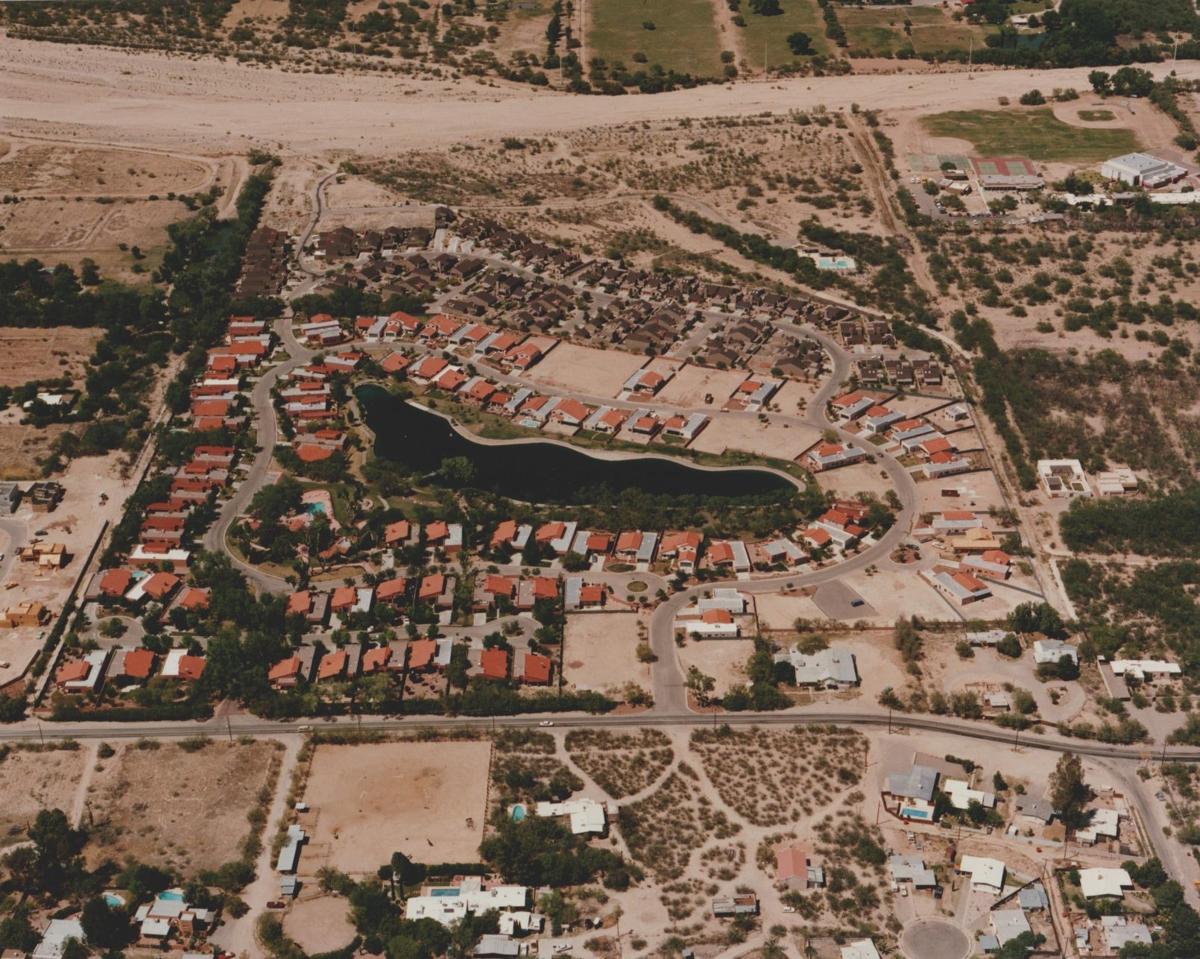 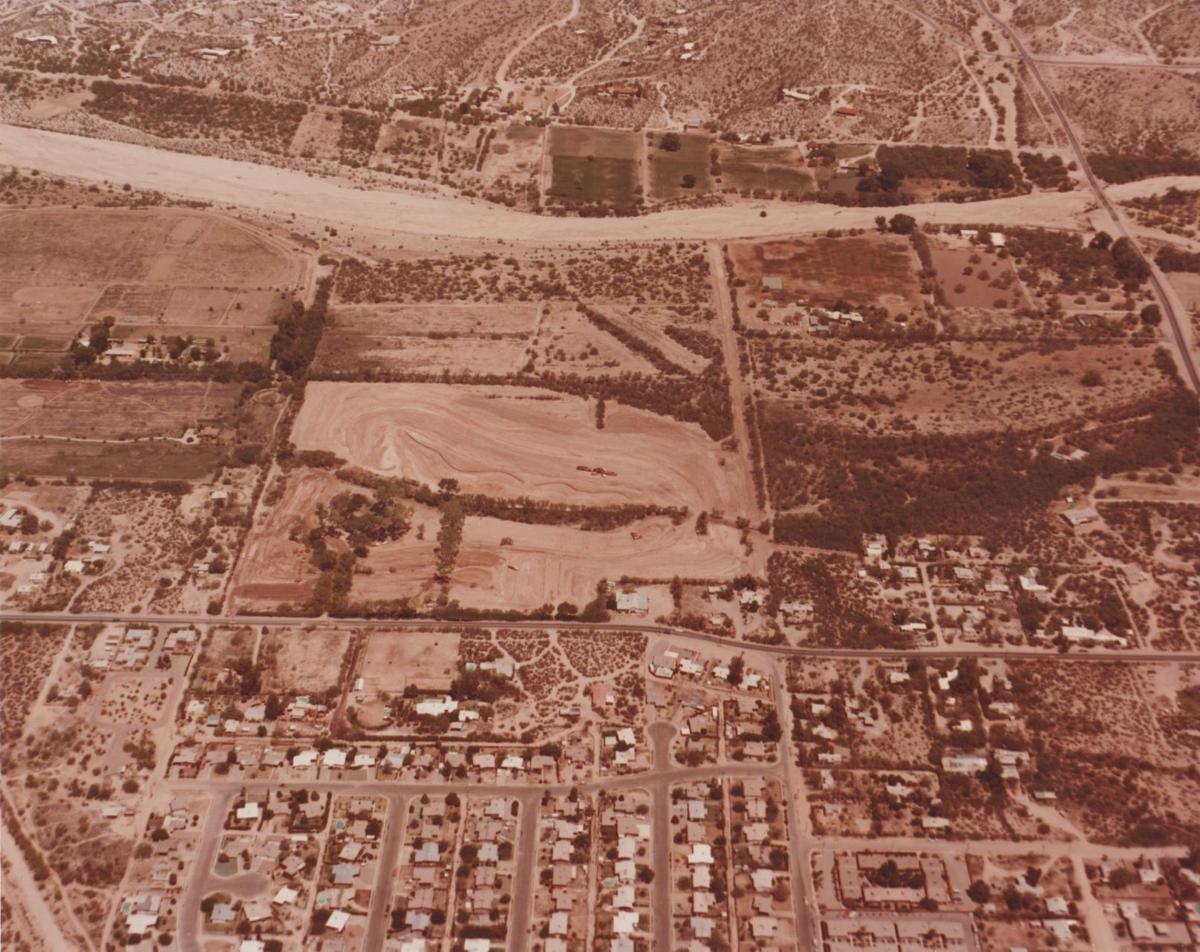 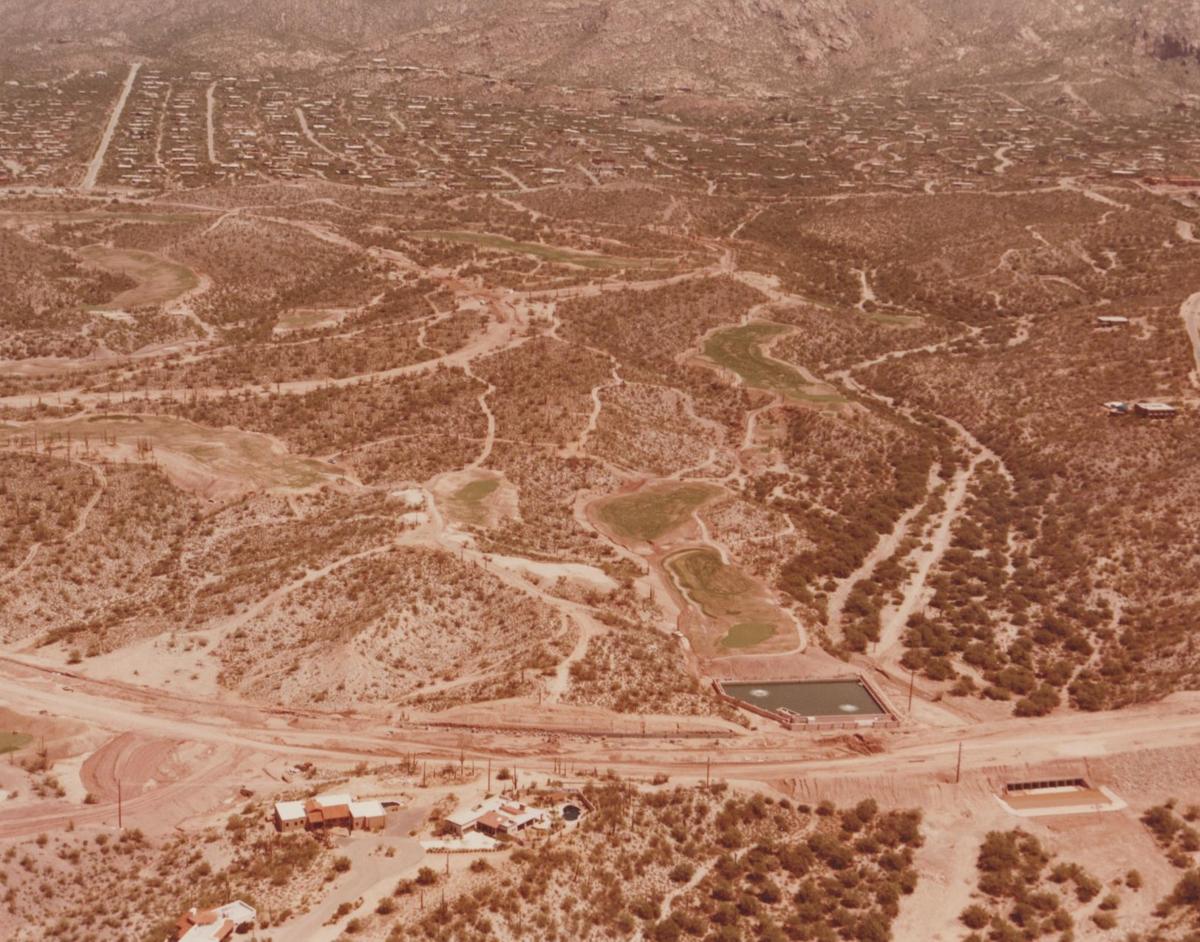 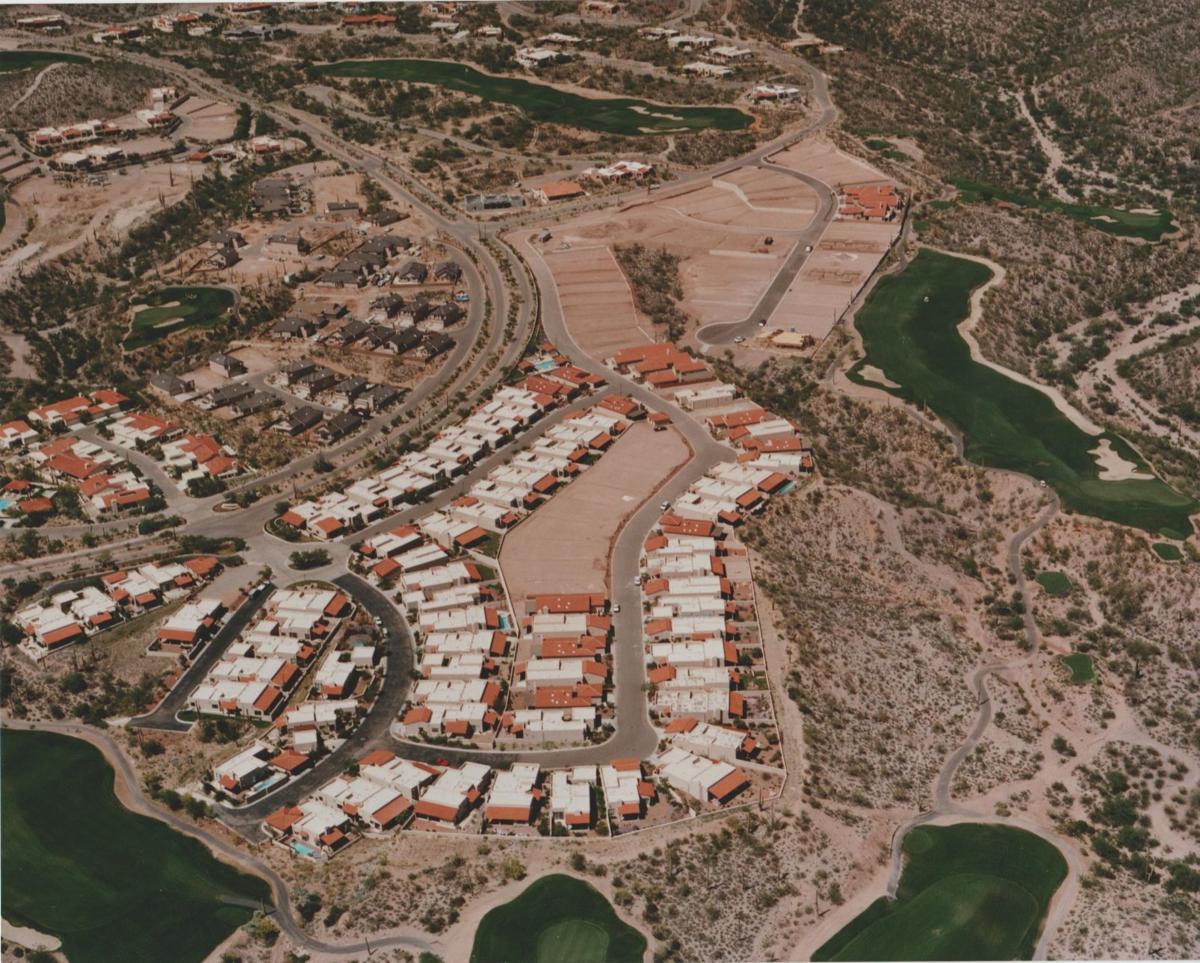 One of his subdivisions even has a street named after how controversial a process it can be to come up with names.

Born in 1945 in Ann Arbor, Michigan, Doucette was raised in that state until the family moved to Tustin, California, when he was 16. He played football, hung out at Newport Beach and went on to Orange County Junior College to study general business. It was during junior college that he met Sheryl, who a few years later would become his wife, and later the mother of their three children: Michael, John and Kerry.

Doucette volunteered for the U.S. Army in 1965, during the Vietnam War. He trained for air-traffic control at Keesler Air Force Base in Mississippi and at Fort Rucker in Alabama, followed by Officer Candidate School at Ft. Knox, Kentucky, then on to Ft. Bliss, Texas, where he became the basic training company commander. He left the military as a 1st lieutenant in 1969.

He returned home to Orange County and earned his bachelor’s in business administration from Cal State Fullerton, then went on to the University of Oregon to receive his MBA. After graduation, Doucette worked for The Irvine Co., a land-development enterprise. There he met Ed Akins, who soon asked him to join his family company, The Akins Co.

In 1981, Doucette moved to Tucson to set up a division of The Akins Co.

The same year, he was introduced to Dr. Donald Hill, who owned a large farm on Fort Lowell Road, near Craycroft Road, and wanted to see his land developed into a unique housing project.

After taking over, Doucette remodeled the farmhouse and added a pool. He intercepted the irrigation ditch that ran through the middle of the property and rerouted it underground through pipes to the north of the property, so any water that went through would make it to the neighboring Douglas property, to the east, since the family had water rights. He built a lake, stocked with catfish and tilapia.

When Doucette was clearing the land, he discovered berms and brass cartridges, which indicated a possible old Fort Lowell shooting range.

He named four streets, Hill Drive for Donald Hill, Hill Farm Drive for the farm, Willow Creek Drive for the Arizona willows that he planted there and Woodgate Drive, a name that “just seemed to fit for this one.”

In 1982 he formed the Doucette Co. (later Doucette Homes) and soon had a partner, Thomas Jacobs. Their first company office was in the farm house at Hill’s Farm.

Two years later, David and George Mehl, developers of La Paloma, selected Doucette to build homes near the golf course. Doucette chose the name Ridge 4 at La Paloma because his subdivision was surrounded by four holes of Ridge 9 of the La Paloma Golf Course. Doucette Co. employees came up with the street names Moon Crest Drive, Windbreak Drive, etc., because they fit the area, he said.

About 1987, he built the Lambert Lane subdivision in Oro Valley, a name derived from the main street it was on. Some of its street names have real or made-up Western themes such as Oakley Place (Annie Oakley), Cassidy Place (Butch and Hopalong Cassidy), Kidd Place (Joe Kidd). Others just have scenic names, including Mountain Ridge Drive, Fair Mountain Drive and Summer Rain Drive.

Around 1990, the company began developing the Country Club subdivision, a name inspired by the nearby Tucson National Golf Course, with street names such as Country Meadow Drive, Country Hill Drive and Spring Creek Drive.

The street Colby Place was named for Doucette’s partner from California, Colby Alden Jones. The other street names relate to the topography of the land. For example, High Point Court was named because it was the high point of the development.

In 1996, Doucette initiated The Presidio at Williams Centre. This housing project’s name came from the Presidio San Agustín de Tucson, the original fort from which the city of Tucson grew. Like the fort, it is surrounded by walls and gates, although much smaller in size.

The homes were built in Spanish style and come in six or seven color schemes to give it a small Spanish-Mexican village feel. He named Calle Vista de Colores, or View of Colors Street, because when you look down the street you see all the different colors of the houses. He named Chitalpa Avenue for the chitalpa tree.

That same year he developed River Park, whose name later changed to River Wood, near the Rillito River. Star Park Drive/Place derive their names from Doucette’s love of the simple and practical word “star,” which he used on many street names. Racquet Court is named for the nearby Tucson Racquet and Fitness Club.

Around 2001, Doucette bought a small piece of land and built a subdivision he called Mission Arbor, a name derived from nearby Mission Road and a reference to trees in the area. Due to a misunderstanding with the engineers, it was recorded incorrectly as Mission Harbor, along with Mission Harbor Lane. Doucette Lane is named for him.

Donny Brook Road, as Doucette put it, “was more of a reference to the street-naming process, a real ‘donnybrook,’ a scene of uproar and disorder, a heated argument.”

His next housing project, The Woods, and the street Woods Place, both located on Tanque Verde Road, derive their name from the adjacent natural mesquite woodlands that grow on the Agua Caliente Wash.

A few years later, he purchased land near Ironwood Hill Drive and Silverbell Road and built the Desert Mosaic subdivision. Doucette and his partners imagined the layout of the homes looked like a mosaic, likely inspired subconsciously by the nearby Teresa’s Mosaic Cafe. The single street in the housing project is called Silver Mosaic Drive.

David Leighton is a historian and author of “The History of the Hughes Missile Plant in Tucson, 1947-1960.” He has been featured on PBS and the Travel Channel. If you have a street to suggest or a story to share, contact him at azjournalist21@gmail.com

“Building from the Best of Tucson,” Sonoran Institute, 2001

How 'Street Smart' are you?

If you read the monthly "Street Smarts" column, giving the history of Tucson's streets, you may do well on this quiz.

Readers of David Leighton’s columns will do best at this quiz, which tests how much you know about the history of local street names.

Foundation donates $30,000 worth of new bikes to Tucson police 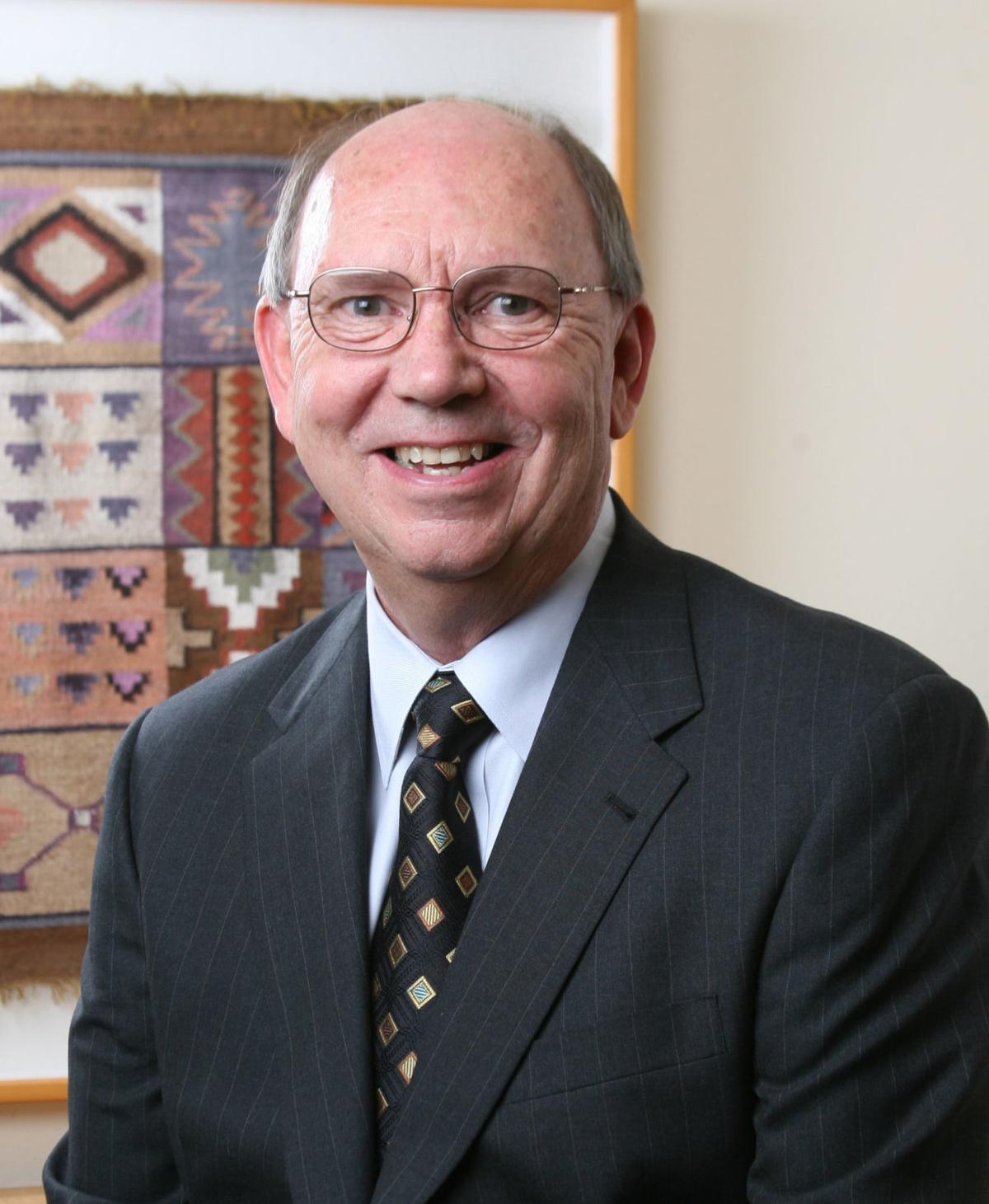