Nancy Bender hosted her first public event in nearly two years at her Whistle Stop Depot last weekend, a trial for having more community events at the 5,500-square-foot former warehouse.

Only a handful of people showed up to see the Brian Berggoetz Band on April 30, which Bender said was probably a good thing. The event, which was hardly advertised, gave Bender and her crew a chance to see what it will look like come fall when they begin hosting more events.

Before last weekend, Whistle Stop Depot had been mostly used for private affairs, from weddings to corporate parties. The full-service venue at 127 W. Fifth St., which had hosted everything from BICAS (Bicycle Inter-Community Art and Salvage) events and art shows since 2013, has a bar and catering facilities, a half-acre of outdoor space dotted with Chinese jujube fruit trees and concrete bench seating and plenty of parking on the adjacent half-acre dirt lot abutting what will soon be the city’s Deck Plaza Park — part of the yearslong Downtown Links project.

But those are mere sales pitches on a rental agreement.

Whistle Stop Depot is an events venue with great bones and an even greater story that unfolds when you enter through the front doors — two heavy, 10-foot tall sections of a plane fuselage welded to metal bedframes. They are so heavy that sometimes they need to use a hand-operated pulley system to get them open.

One of the first things Bender’s Dunbar/Spring neighbors asked her when she bought the old metal warehouse in 2008 was what she planned to do with it.

Beats her, she confessed.

But she knew what she didn’t want to do.

She didn’t want to build an expensive high-rise apartment complex or bring in a chain restaurant that would fill the quiet neighborhood with unwanted traffic.

First and foremost, she wanted to get in on the ground floor of what she saw as an inevitable: Downtown Tucson in 2007 was on the verge of incredible growth, which she was witnessing from her first downtown venture, a four-plex she bought in Armory Park.

She rents the units, all furnished, to traveling nurses, who pay the $1,400 a month rent to have somewhere nice to stay while they work for a few months at a stretch.

Bender admits she had an oddly immediate connection to the old warehouse when her realtor showed her the building, which she says was quite an eyesore. But here it sat in this historic neighborhood inhabited by artists and academics living in tidy little bungalow homes that dated back to early last century.

Problem was the city wanted to be rid of the eyesore. The original owner of the building, which dates to 1950 or so, never complied with any city building codes. The building had no running water, for example, and was uninhabitable by city standards.

“I wanted to save the building, and I didn’t want it to go into hands of a developer who would change the nature and character of the neighborhood,” Bender said one day in early April as she walked around the historic Dunbar/Spring neighborhood, pointing out the ramshackle row houses at the end of her block and the small church across the street.

She motioned down the block to a small apartment building just past North Ninth Avenue where a developer has plans to build a six-story structure that will include retail on the first floor.

Bender said she worries that sort of development will change the nature of Dunbar/Spring, and she wants no role in that.

Her plan with Whistle Stop Depot was to enhance the neighborhood’s sense of community.

“It felt right,” the 74-year-old retired California school teacher said. “It felt like that building needed to be saved, and who knows what could become of it if the community got access to that acre of land downtown.”

Saving the building was a nice sentiment, but actually doing it was a test of true patience.

A dozen years worth of patience, Bender guesses.

That’s how long it took her and her crew of mostly volunteer artisans and craftsmen, including Bender’s ex Carlton White, to reimagine and rebuild the old warehouse. A fire all but destroyed it on the very day Bender was closing escrow in 2008; fire officials later labeled it arson.

White was the architect of much of the welding work inside and out, including the wrought-iron fence that circles the half-acre lot. White welded together the fuselage for the front door and installed the door at the loading dock entrance, using one they salvaged from a DEA jail that was torn down in 2011 or 2012.

Everything used to bring Whistle Stop Depot back to life was reclaimed or salvaged, from the tin roof on the original building — it’s now the interior walls — to old metal shelves that White welded together to make moveable walls to divide the space as needed.

Off-white porcelain toilet tank tops are mounted to the wall leading to the restrooms. Doors from an old Sundance Equipment Rental Co. truck frame the metal bar; Bender said the doors were left outside her gate one day by someone who must have known she would put them to good use.

Beers, hard seltzers and other adult beverages are stored in a medical specimens refrigerator that Bender scored for $500.

But the centerpiece of the project is a 42-foot bell tower that eclipses the roof line and is visible from downtown.

Bender said the tower is not open to the public, although authorized personnel can access it from a metal platform attached to a metal staircase that White created to reach the piano loft on top of the restrooms.

The tower is mostly used for storage, but its primary purpose is as a “solar chimney” designed by the University of Arizona Department of Environmental Science to help cool the building. The chimney powers oversized swamp coolers to circulate hot air up the tower and out of the building, keeping the space 25 degrees cooler than the outside, Bender said.

Explore beyond the iron gates

Whistle Stop Depot is holding a few private events this month as it winds down for summer break; it’s too hot for any sort of sizable gathering in the summer months so Bender will use the time to tinker.

She is sure she can create something wonderful from the piles of metal car parts and discarded piano innards, metal work tables and oversized metal tire rims that fill a corner of the yard. Some will end up decorating the walls and some will be turned into inventive furniture, like her plans to turn a tailgate and bumper into a couch.

But all of that is mostly cosmetic.

Last month Bender brought on an event planner to help book bands and other public events at the Whistle Stop Depot. And once the weather turns less hot in the fall, she is planning a grand opening shindig for all those folks who have been curious about what lies beyond her wrought iron gates.

“It is truly unique,” she said. “My gut levels, they are not money-based. They are community-based … and this is the anchor; it is the liaison between the commercial downtown area and Dunbar/Spring.”

Photos: Whistle Stop Depot along the RR tracks in Tucson

A new Latin-fusion restaurant is coming to downtown Tucson

For Star subscribers: Tabu will have a mixologist-driven cocktail menu and dishes that borrow influences from Mexico City and south of the border.

For Star subscribers: Emerging online businesses and boutiques will soon be able to lease pop-up space and build a new customer base in downtown Tucson.

U.S. Reps. Raúl Grijalva and Ann Kirkpatrick requested the funds that were approved by the Appropriations Committee.

For Star subscribers: The Corbett building in downtown Tucson is being renovated, with a hotel and apartments planned for the future.

A new grocery store is coming to Tucson's southwest side

For Star subscribers: A major grocer is venturing into Tucson's bustling southwest side, expected to open this fall at Irvington Road and Interstate 19.

This popular Tucson bakery is expanding its midtown shop

For Star subscribers: Barrio Bread is adding more production space and a larger retail area to its bakery on Broadway and Country Club Road.

Tucson Retro Game Show Night will have you howling with laughter

Tucson's most talented drag queens and LGBTQ personalities are back for Retro Game Show Night with a healthy helping of adult-themed comedy.

Jazz/R&B diva makes good on Tucson show that was lost courtesy the pandemic.

This iconic upside-down building in Tucson is for sale for $1.9M

The inverted pyramid building in midtown Tucson was designed by a local architect in the 1970s.

St. Andrew's Bach Society is the only classical music game in Tucson this summer.

100 Tucson experiences for you to try this summer

Use the following 100-day listing as your roadmap to a happy summer.

The magician with a Netflix series has a long history with Tucson, including regular appearances at the Gaslight Theatre while he was here visiting his grandparents.

The Monica — the latest venture from Si Charro — will be hosting a monthly event to highlight the quality goods being produced in Tucson.

President Biden says the 'second amendment is not absolute,' after Texas shooting 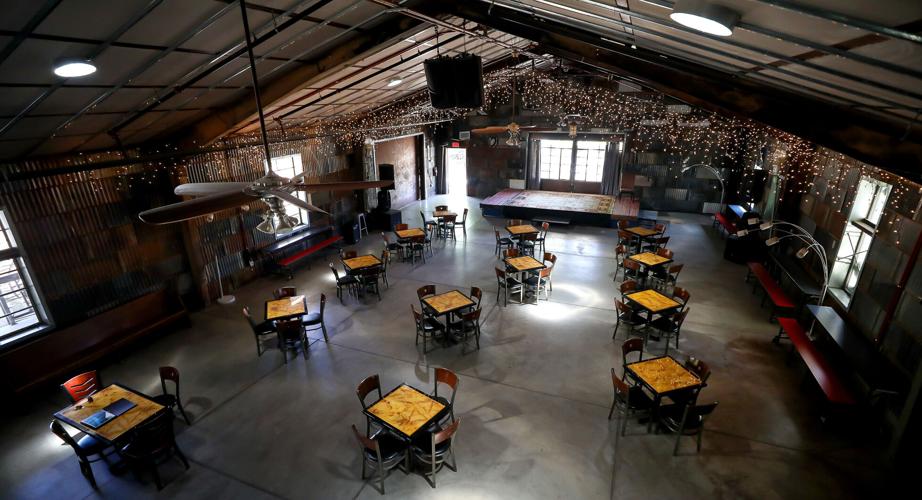 Nancy Bender spent a large amount of money renovating a warehouse in the historic Dunbar/Spring neighborhood that was scheduled to be demolished. After a fire and 12 years of renovation, the Whistle Stop Depot is ready to host community events again. 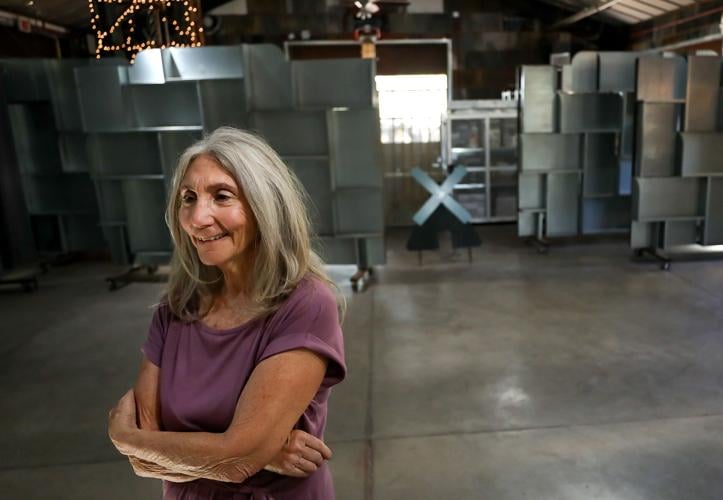 Nancy Bender, owner of the Whistle Stop Depot, used many recycled items for the renovation, including airplane parts and old car doors as well as old restaurant materials. 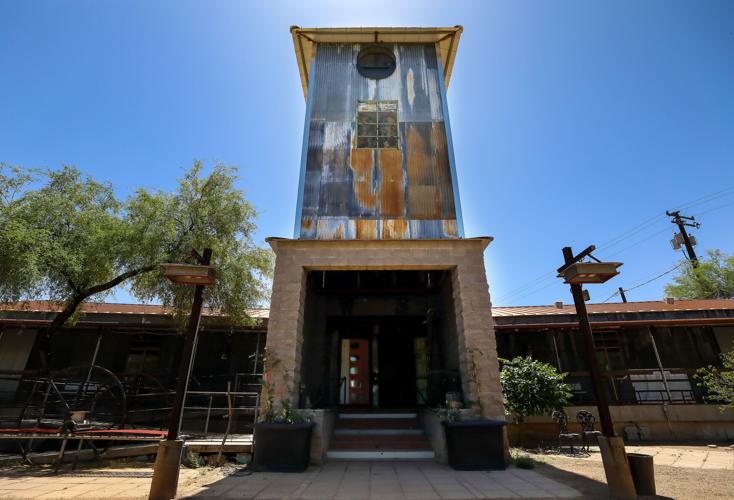 The front entrance of the Whistle Stop Depot features a 42-foot bell tower that eclipses the roof line and is visible from downtown. 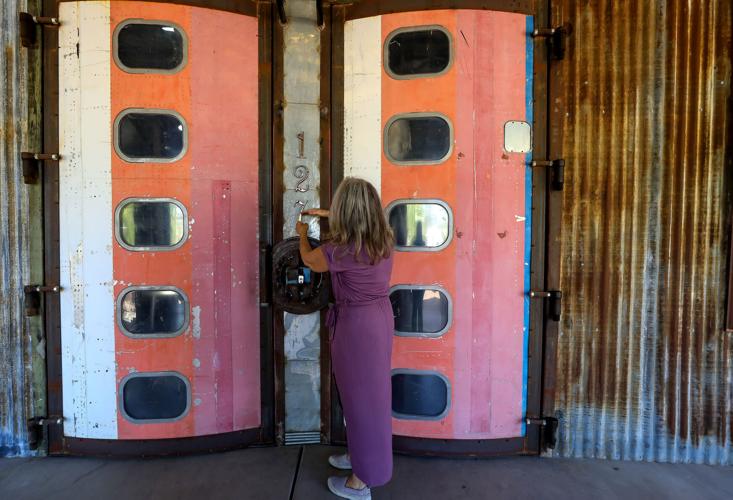 The front doors of Whistle Stop Depot are made out of a passenger plane fuselage. 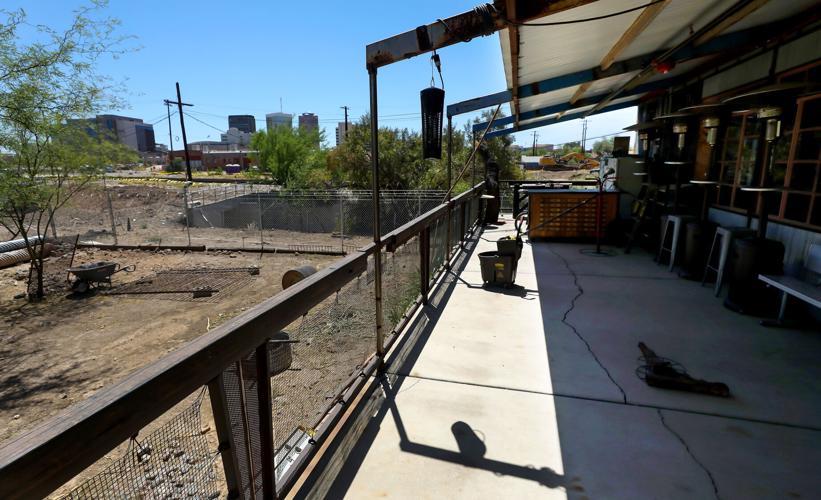 Downtown Tucson can be seen from the back patio of the Whistle Stop Depot. Owner Nancy Bender has plans to make the back patio a bar and the dirt lot a concert venue. 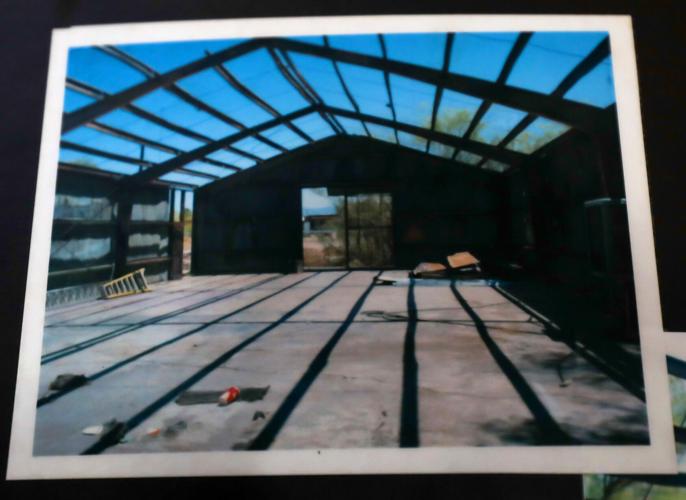 The Whistle Stop Depot after the 2008 fire.