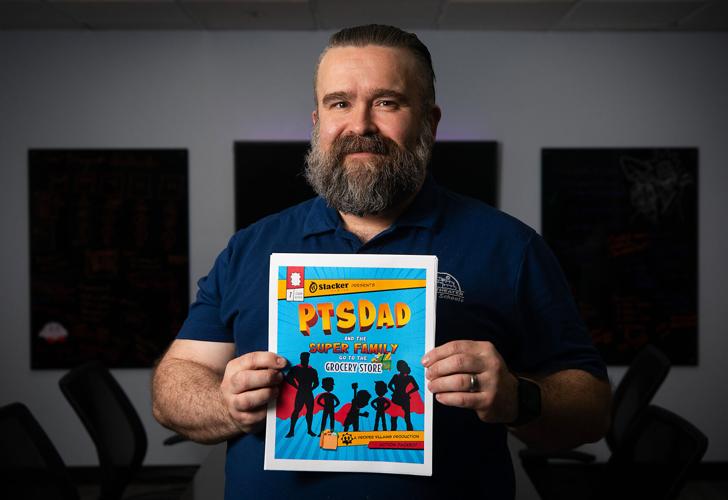 Daniel Lucas, a former Tucson Police officer, with “PTSDad and the Super Family.” He is the inspiration behind a comic that brings awareness to post traumatic stress disorder. 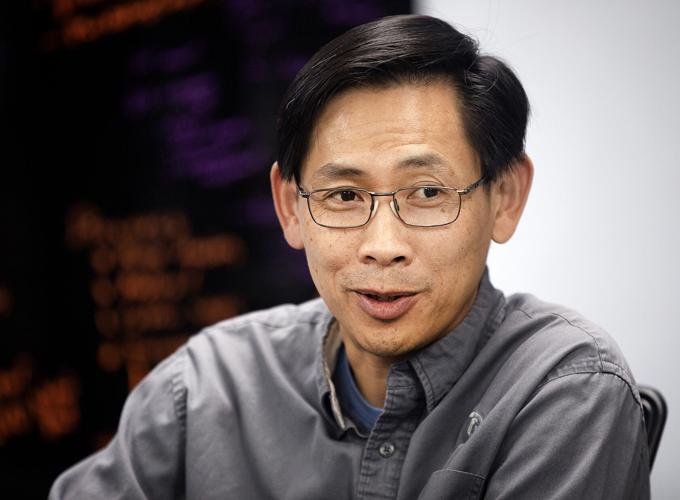 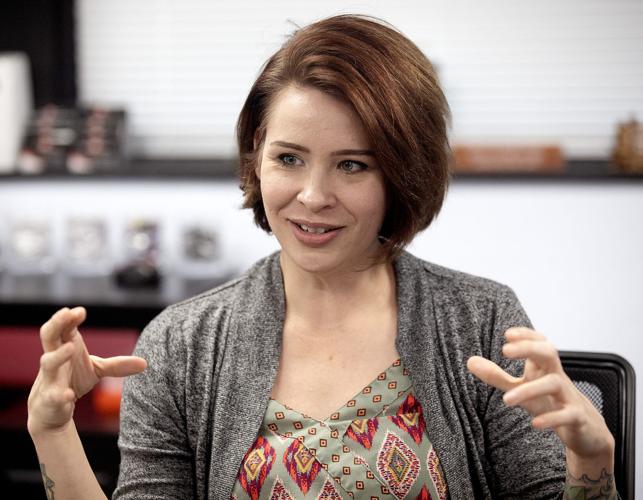 Jessica Deitrich is a graphic designer who worked on the comic, "PTSDad and the Super Family," which brings awareness to post traumatic stress disorder.

Daniel Lucas was able to serve and protect the Tucson community for years as a police officer. Now, Lucas and his family get to make a difference in the community as a comic book characters.

Lucas and his family are the inspiration behind, “PTSDad,” a locally made comic book that aims to help educate readers on what post-traumatic stress disorder is and how it affects families.

Two years ago, Lucas was approached by his friend Danh Truong, the managing partner of Proper Villains LLC, a local company that offers marketing strategies, social media management, graphic design and video editing for businesses. Truong wanted to create a comic book for kids that would help them understand what PTSD is and wanted Lucas’ input since he was diagnosed with PTSD in 2017.

“I just hope that this is a way that families could start having that conversation and having it in a manner that was not over the heads of kids,” Lucas said. “I’ve had to fear how to describe PTSD to a 7-year-old. It’s not always right there on the tip of your tongue, so we’re hoping to help some people with that.”

Lucas worked as a Tucson police officer in the midtown division for about 10 years. In 2017, Lucas left the force after realizing his condition had become too severe and it was no longer safe for him to be deployed in the streets.

“When I left, there was hardly anything for guys like cops, firefighters or EMTs, they don’t have a VA,” Lucas said. “There wasn’t even a support group for first responders, so it’s been a tough road. I’m very fortunate to have a family that has stood by me and have been so supportive.”

With Lucas on board, Truong and Jessica Deitrich, the artist and writer behind the comic, created the first volume: “PTSDad and the Super Family go to the Grocery Store.” In this specific story, the reader gets to see the family go on a grocery store trip where PTSD dad has to handle different triggers that take place at the store, such as loud noises and stressful situations.

The story also features various coping mechanisms for PTSD and is color coded to show the different emotions the family goes through.

“First time I saw the art, I was like, yeah, that’s it” Lucas said. “It was at Comic-Con and I saw this sitting on a table, I would pick this up. That’s when I really was like, wow, this is real and this is going be a really cool project.”

When creating the comic, Deitrich wanted to make sure the information they were putting in the story was correct, so in addition to Lucas’ input, the comic also gets feedback from a local psychotherapist who specializes in trauma and first responder trauma.

It was also important to the “PTSDad” creators that the comic could be used by therapists to help start a conversation on the subject, so Lucas reached out to various places in Pima County to offer copies of the comic book.

When telling other law enforcement friends about the comic, Lucas said some of them have already placed pre-orders are expecting his autograph.

Lucas’ children also got to preview a copy recently. Lucas said they loved it and called their friends to tell them all about it.

“The reception has been extremely positive so far. So if that’s an indication, it might do good,” Lucas said.

After two years of hard work and edits, the first volume of “PTSDad” will be available to the public Jan. 19. The comic will be available at the Proper Villains office, 310 S. Williams Blvd., Suite 315. Twenty percent of all the earnings will be going to the Erik Hite Foundation, named for the Tucson police officer killed in the line of duty.

“PTSDad” will even have its own booth at this year’s Tucson Comic-Con where copies will be passed out.

As for the future of “PTSDad,” Truong hopes two have two more volumes ready by September. The second volume will be in the point of view of Lucas’ oldest son and the third volume will feature the wife’s point of view.

“I remember how alone I felt when I left the department. I was like, what do I do now?” Lucas said. “Hopefully, we can bridge some of that gap with other families and get the conversation moving in our community.”

All that jazz: '23 Tucson festival features biggest lineup yet

For Star subscribers: The Fox Foundation bought more than $2 million in neighboring properties to add 20,000 square feet to the historic theat…

On Thursday, the Boys and Girls Clubs of Tucson announced it received the $3.5 million donation, which will fund a series of projects for the …

He is running for Tucson mayor as an independent.

The inmate was found unresponsive in his cell while a doctor was doing a follow-up on him. Corrections officers reported that he was not eating.

For Star subscribers: Since December, the two sisters have teamed up to create “Death X Southwest,” a true crime podcast centered around explo…

A million tree mission: Volunteers chip in to plant trees

Daniel Lucas, a former Tucson Police officer, with “PTSDad and the Super Family.” He is the inspiration behind a comic that brings awareness to post traumatic stress disorder.

Jessica Deitrich is a graphic designer who worked on the comic, "PTSDad and the Super Family," which brings awareness to post traumatic stress disorder.