Read Today's E-Edition
Share This
Tim Steller's column: Cochise board moves from pandemic to election conspiracies
Share this
1 of 2 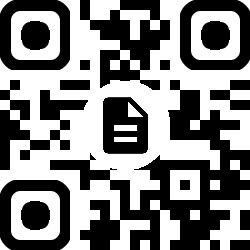 VIEW: To read more of the latest stories and columns by Tim Steller, point your smartphone camera at the QR code, then tap the link. 

When you hear Cochise County Supervisor Peggy Judd say she’s been doing her own research, it’s time to worry.

Last time I heard her say that was in January, when she and fellow supervisor Tom Crosby rejected a $1.9 million, COVID-19-related grant because they’d been doing their own research on vaccines and the pandemic.

Now they’ve moved on to doing their own research on the accreditation of the firms that certify election tabulation equipment. Whatever is in the conservative social-media echo chamber at a given time, it appears.

“I’ve done a lot of research on this myself,” Judd said Friday, during the umpteenth recent board meeting related to the 2022 election. “I’m very confident that we need to make sure we drill down to the lowest level on this, something this critical.”

So a-drilling they will go, deep into the molten core of the internet, I’m sure.

The meeting Friday was intended to certify the election results from Cochise County. This is a duty the supervisors are required by law to carry out by Nov. 28 — they have no discretion in the matter.

They ended up delaying their non-discretionary decision on whether to certify until Monday, the 28th, deadline day. They were convinced by people like Daniel Wood, of the town of Maricopa, to delay.

Daniel Wood, you may remember, was the defeated 2020 challenger of Rep. Raúl Grijalva. This year, he has moved on from dabbling with QAnon and COVID-19 conspiracy theories to pushing the idea that Arizona’s vote-tabulation machines are not certified by an accredited firm, making them illegal.

On Friday, he criticized what he called “threats” by Cochise County Attorney Brian McIntyre against the supervisors over their plan to hand-count votes, as he argued the board shouldn’t certify the election results.

“These veiled threats are being made by misrepresenting the state Constitution and state law,” Wood said. “There is reasonable suspicion here to believe that individuals are working under the color of law to conspire against the people’s civil rights in which they are violating U.S. Code 42-1983 and -1985. We the people believe that law warfare is being used to interfere with the people’s right to vote and to representation.”

Wood and his ilk love to claim they represent “the people” even though many Cochise County residents also spoke to support certification of the vote and praised county Elections Director Lisa Marra.

“You want to threaten people? Well, I’m your huckleberry,” Wood went on. “Are you going to come after me? Lawful. Trying to threaten me with code sections and stuff like that. That’s what I’m just wondering.” (He later apologized for this comment.)

Toward the end of Friday’s meeting, Crosby referred to Wood as one of three “experts” on tabulation-machine certification that he would like the board to consult before Monday’s deadline meeting.

Actually, he is part of a three-person team trying to overturn Arizona’s recent elections through the dubious claim that the accreditation of the firms used to certify Arizona’s voting tabulation equipment has expired. Therefore, they argue, Arizona’s elections are invalid, under state and federal law. They’re trying to make that case in counties around the state but haven’t had much luck, except in Cochise County.

One of the men, Brian Steiner, told the supervisors Friday, “With all due respect to the board of supervisors and all the elected officials, everyone here is in office illegally, for the last 3 elections: ’22, ’20 and ’18.”

As to this election, he said: “Your county has zero votes because it used the tabulators. No logic and accuracy test can make them legal at this point, and no lawyer is going to be able to make a case as to why these facts are not true.’

The state’s election director, Kori Lorick, told the board that what Steiner, Wood & Co. were saying was dead wrong.

“The equipment used in Cochise County is properly certified under state and federal laws and requirements,” she said.

She also noted that in May the Arizona Supreme Court “summarily rejected” similar claims in a case filed by these three about the certification of vote-tabulators. In a letter sent Monday, Lorick said the Secretary of State’s Office will try to force the county to do its job if they don’t meet the deadline. Failing that, Cochise County voters would be “disenfranchised,” the letter said — meaning, apparently, the votes would go uncounted.

But a give-and-take between Board Chair Ann English and Crosby showed why Lorick’s words and evidence will not necessarily be sufficient to hold sway,

Crosby: “That’s what we’re here for — to find out, are these machines accredited?”

English: “The Secretary of State’s Office said they are accredited.”

Crosby: “Other people said they’re not. Is she of higher and greater importance than our citizens? I think not.”

English: “Well, she is the Elections Director.”

That’s about how the Cochise County board runs these days. When it was a question of whether the state and county Health Department knew more about pandemics and vaccines, Crosby and Judd were willing to give equal weight to the friends and internet epidemiologists who caught their attention.

Time has passed and new conspiracies have arisen. Time to fire up YouTube and start researching elections equipment certifications.

Tim Steller's column: A UA prof prepared to be shot on campus and barely avoided it

For Star subscribers: Eyad Atallah had sometimes menacing communications with accused campus killer Murad Dervish — and feared for his life. He can't accept that the killing of his colleague Thomas Meixner was unavoidable.

For Star subscribers: The widened Broadway, east of downtown Tucson, reopened last week with great hopes for redevelopment. But it needs more housing development for the strong vision to come true.

A Republican member of the Arizona redistricting commission turned Democrats' requests to GOP advantage as they drew congressional lines last year. That was decisive in CD 6.

For Star subscribers: State Senate candidate Justine Wadsack has been a party to 10 lawsuits in the last nine years. By her own description, she favors a do-it-yourself, "fight crazy" approach to litigation.

For Star subscribers: The news media is much bigger than the legacy TV stations and newspapers that some Republican candidates complain about. And it's OK if their reporting influences elections.

For Star subscribers: We shouldn't automatically say politics caused attacks on people like Gabrielle Giffords or Paul Pelosi. But our culture contributes.

Political Notebook: 'Debate over debates' winds down as Hobbs, Lake do interviews

For Star subscribers: Katie Hobbs got her interview, and Kari Lake will get hers Sunday, in lieu of a debate, as the process crashed chaotically.

For Star subscribers: The parents of the GOP candidate for Arizona attorney general were in the country illegally when he was a child. But Hamadeh embraced Trump and the GOP's stand on illegal immigration.

For Star subscribers: Party chairs around Arizona received a threatening letter, and a candidate for office in Tucson had signs planted in his yard and around his district labeling him a racist.

VIEW: To read more of the latest stories and columns by Tim Steller, point your smartphone camera at the QR code, then tap the link.