Now the company is on a trajectory to recovery, resuming flights and ramping up hiring thanks in large part to a new lease deal with Pima County for its south-side headquarters.

Founded in 2013, World View has developed an unmanned balloon vehicle known as a Stratollite that can fly payloads such as scientific sensors and communications equipment to stratospheric altitudes of up to 75,000 feet and navigate them over long-duration missions.

The company had flown more than 100 test and commercial flights for customers including NASA and was upping its tempo of flights when COVID-19 hit and operations were suspended.

As the pandemic unfolded in the spring of 2020, World View kept some of its manufacturing staff busy making medical isolation gowns, provided at cost for health-care workers, company CEO Ryan Hartman recalled.

“We weren’t flying but we were able to use our expertise in pliable plastics to help in the fight against COVID,” he said, noting that the effort helped the company keep its manufacturing team intact.

The company is flying again, and back to making its giant plastic balloons at its headquarters just south of Tucson International Airport, where workers assemble balloon skins on 600-foot-long tables.

After recalling many workers, World View’s headcount is back up to around 60, and the company expects to be back to about 100 by the end of the year, Hartman said.

A new lease deal approved by the Pima County Board of Supervisors in early July has helped the company recover from the disruption wrought by the pandemic.

“We worked with the county to enable us to bring more people back, but mainly it was an opportunity for us to double down on our commitment to Tucson and Pima County and make sure our long-term path kept us in Tucson and in our facility,” said Hartman, who took the helm at World View in February 2019 after a career that included a six-year stint with Raytheon in Tucson.

The original 2016 lease agreement had World View paying nearly $25 million over a 20-year period for the headquarters facility and 12-acre parcel that includes a launch pad, with rent increases every five years and an option at the lease’s end to buy the property including the $15 million building from the county for a token payment of $10. The company also got a $4 million tax break.

That deal was challenged in court by a taxpayer represented by the conservative Goldwater Institute, which contended it was an illegal giveaway of taxpayer money, but the county won at trial and on two appeals, with only one issue still pending before the Arizona Court of Appeals.

Under the new deal, the lease payments are gradually increased but are kept relatively low for the next year to help World View rehire staff, County Administrator Chuck Huckelberry told the supervisors.

World View will end up paying about $23.4 million rather than $24.9 million, but the price for the purchase option at the end of the term now will be $5 million and the company gave up a right of first refusal on a 6-acre parcel of adjacent county-owned property

The new deal also eases the hiring requirements in the initial lease, while increasing the minimum average salary level. It requires World View to grow to 125 full-time employees in 2022, increasing gradually each year until the original final goal of 400 employees is reached.

With the increased minimum average salaries, the resulting total payroll will surpass the level required under the original lease, starting in 2024, Huckelberry told the supervisors.

The amended lease was approved on a 3-2 vote, with supervisors Matt Heinz and Steve Christy voting against the deal.

Christy said during the meeting that he opposed what he saw as preferential treatment of World View. He said the refinancing was a sign of financial troubles and that he would rather see the facility or its lease turned over to a private company for financing.

The final issue in the Goldwater lawsuit — whether the agreement violated the Arizona Constitution’s “gift clause,” which prohibits giving away public funds to private business entities — is pending before the Arizona Court of Appeals.

The revised rent structure is designed to ensure that the county’s return is “every bit as high” as under the original lease and that it is therefore covered by the trial court’s gift-clause ruling, Huckelberry said in his memo to the supervisors.

But in an opening legal brief filed Aug. 24 in the gift-clause case, Goldwater contended that the building financing, “below-market” lease payments, launch-pad construction and tax break all represent illegal “gifts” under the Constitution, and that lease changes approved in July “do not remedy the illegality of the county’s conduct.”

While the legal challenge drags on, World View is busy getting back to the stratosphere.

Hartman said the company resumed flight operations with missions in June and July, with a mission originally planned for August still pending and roughly monthly missions planned through the end of the year.

World View can’t talk about many of its clients under confidentiality agreements, but customers who have been made public include NASA, the National Oceanic and Atmospheric Administration, Ball Aerospace and the U.S. government.

World View also is moving forward on both the technology and marketing fronts.

Besides offering customers the opportunity to fly their own hardware on a Stratollite, the company is now offering a service called World View Perspectives, an online portal where customers can ask for imaging data collected on a certain day, or peruse an archive of data, from missions World View has flown over areas of high interest, such as the Permian Basin area of west Texas.

World View can keep its Stratollites aloft for days or weeks at a time, using an air-ballasting system to change altitudes to where winds can steer the crafts in the desired direction — or allowing them to loiter over an area of interest at a fraction of the cost of a space satellite in geostationary orbit.

The company also is launching World View Orbits, a fleet of its Stratollite balloon vehicles over North and Central America — an initiative announced in March 2020 but delayed by the pandemic — to offer customers high-resolution imagery and related analytical products for a variety of uses.

The idea, Hartman said, is to fly regular missions over areas of interest to customers to give them a predictable, consistent flow of imagery to meet their needs.

The baseline high-resolution imagery system World View uses can provide resolution down to 5 to 7 centimeters, compared with the highest satellite-imagery resolution of 30 centimeters, Hartman said.

In July, Hartman said, the company flight-tested a new super-pressure ballasting balloon, which helps steer the Stratollites, that is simpler to make while providing increased weight capacity.

World View also is working with a partner to give customers more analytics with their data.

Last fall, the company announced a strategic partnership with North Carolina-based Geo Owl to provide data for intelligence, surveillance and reconnaissance, or ISR.

World View is providing the flights and raw imagery, with Geo Owl providing analytics to measure the data against safety or other compliance requirements, for example, said Hartman, who was CEO of the Boeing-owned drone and ISR company Insitu before joining World View.

“Imagery is just data… we’ll take imagery and turn into something the customers can do something about,” he said.

The University of Arizona Center for Innovation has teamed up with the Town of Sahuarita and Freeport McMoRan to help startups launch successfully.

For Star subscribers: The Tucson City Council is voicing its opposition to a proposed power line that would cut through historic neighborhoods.

Tariffs and COVID-19 were cited as factors in the decision to close a pecan processing plant in Sahuarita, resulting in the loss of 130 jobs.

Tucson-based Raytheon Missile Systems was initially awarded $358 million to produce the latest version of the Evolved SeaSparrow for U.S. and allied navies.

$50K buys you a ticket to the stratosphere

For Star subscribers: Tucson-based World View Enterprises is taking reservations for the $50,000 flights, which will take off from sites around the world.

No injuries were reported after the flight of an unmanned, high-altitude test balloon launched by World View Enterprises was terminated on Wednesday.

The parent of Tucson-based Raytheon Missiles & Defense says the U.S. exit from Afghanistan and COVID-19 supply and staffing issues weighed on earnings.

Nena Quirao, ballon manufacturing lead, works on plastic which will be used to make a balloon at World View. 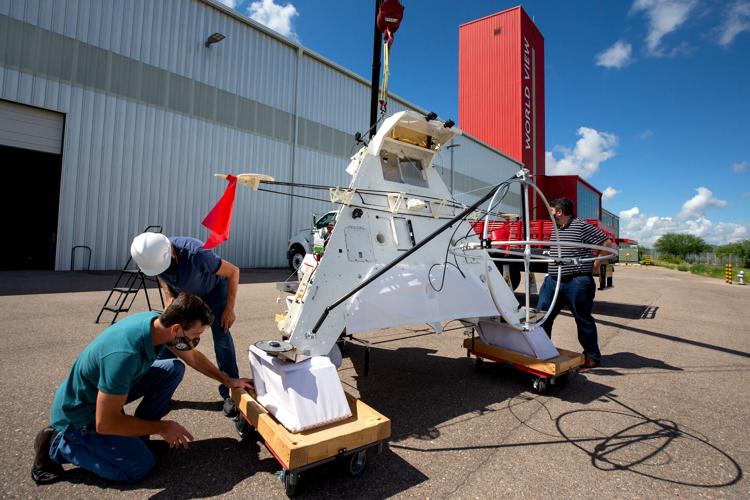 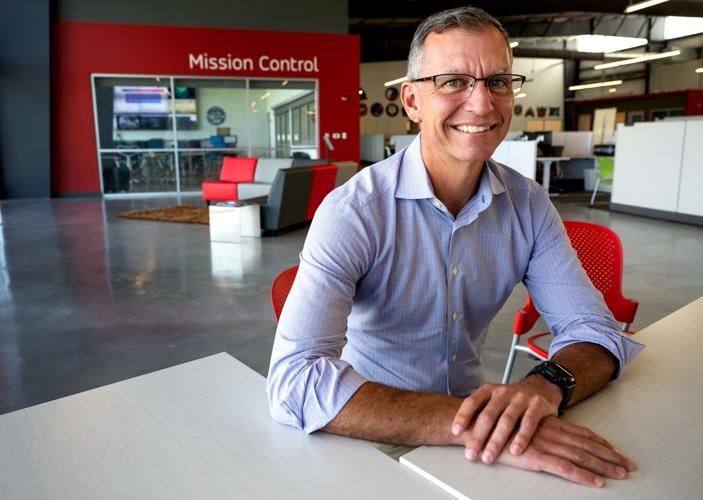 CEO Ryan Hartman took the helm at World View in February 2019 after a career that included a six-year stint with Raytheon in Tucson.

Christian Sewart, senior operation manger, works on a ground station used for communication with a balloon craft at World View.