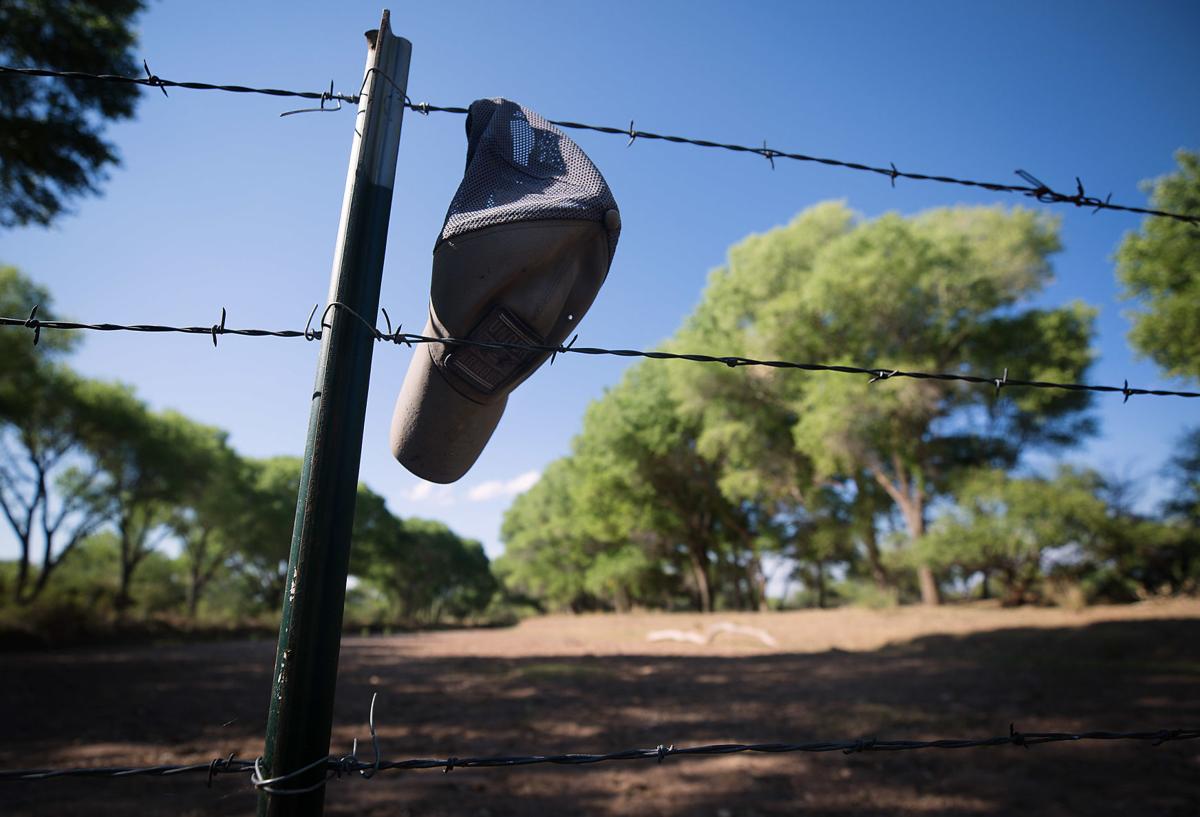 The Supreme Court ruled Friday that the Trump administration can move forward with a plan to use military funds to build a wall through the San Pedro River, above, and 68 miles of the Arizona-Mexico border, at an estimated cost of at least $1 billion. 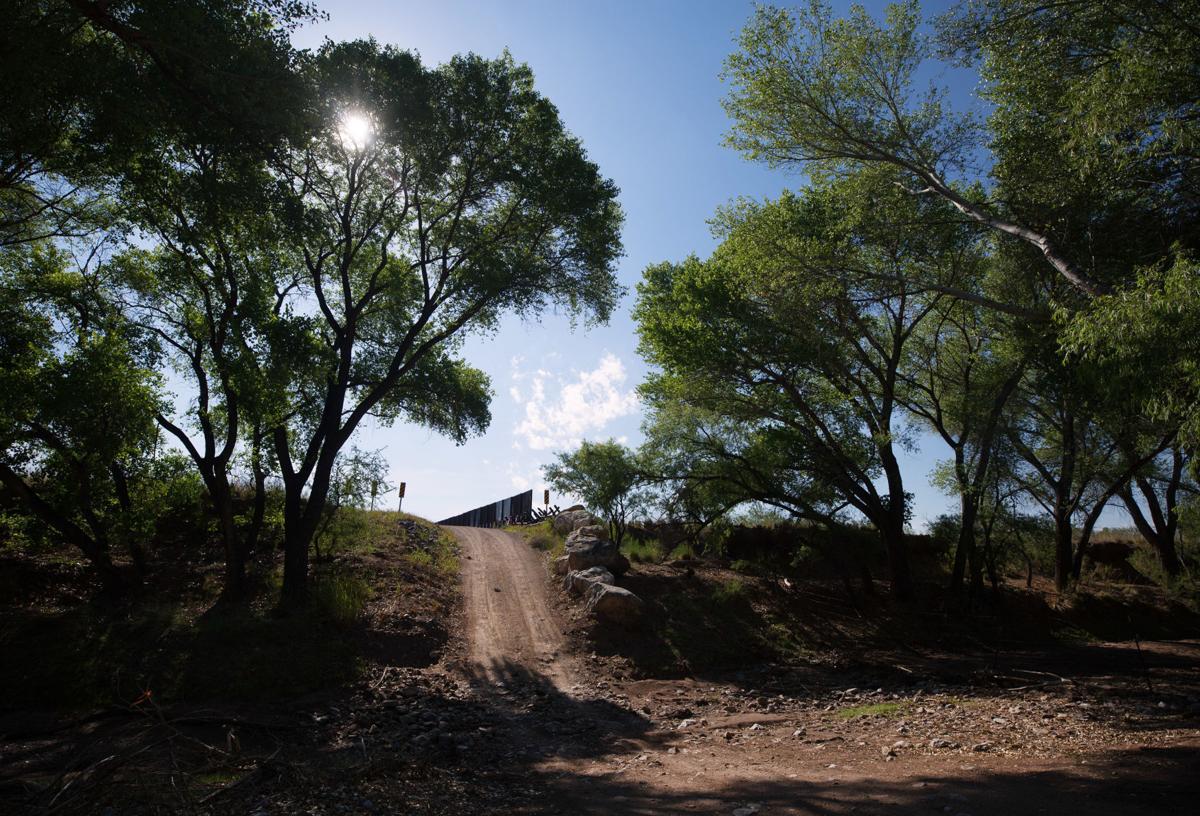 Homeland Security sent a list of priority projects to the Pentagon, including one in the San Pedro River and 19 miles elsewhere in Cochise County that could cost more than $340 million. 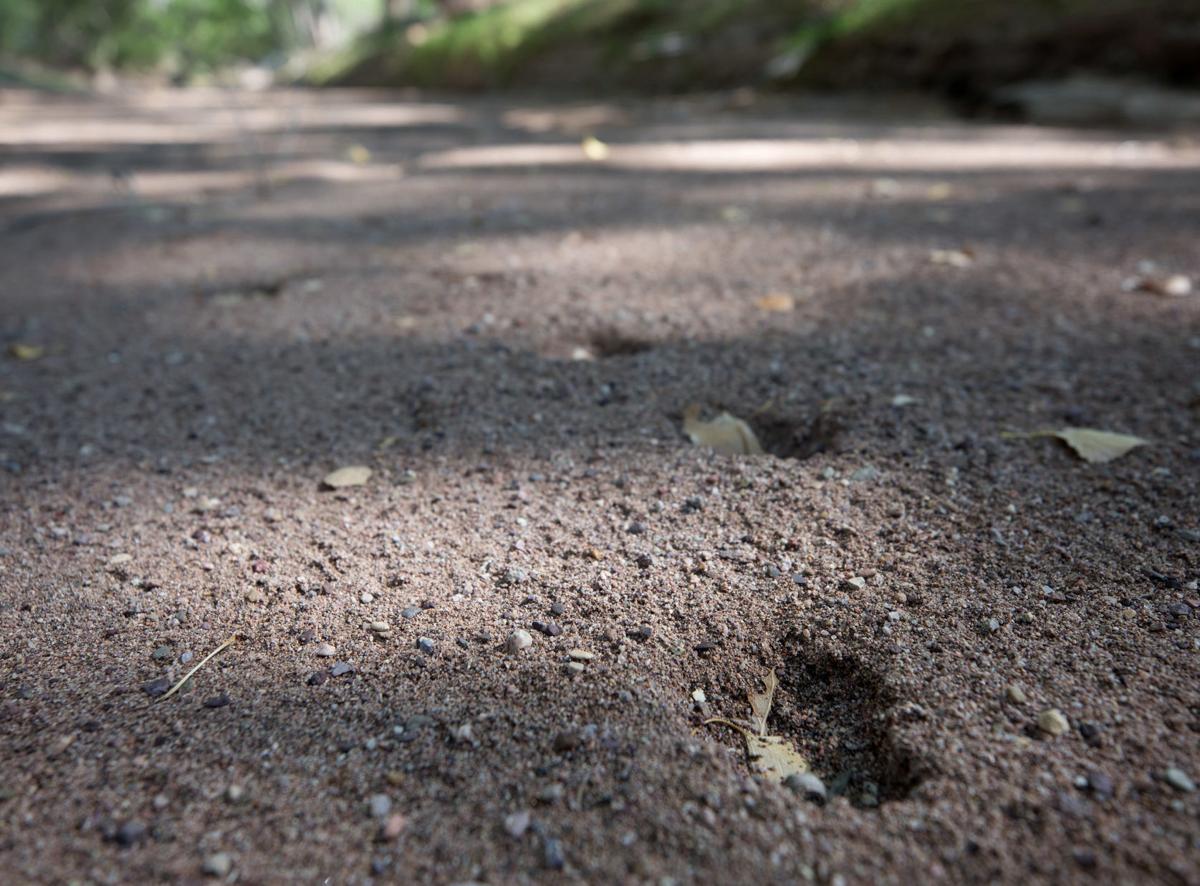 Some Southern Arizona residents who oppose the fence say it will prevent small animals from being able to cross the border. The effect on larger animals could be even worse.

The Trump administration can move forward with a plan to use military funds to build a wall through the San Pedro River and 68 miles of the Arizona-Mexico border, at an estimated cost of at least $1 billion, the Supreme Court ruled Friday.

All told, the Supreme Court decision paved the way for the administration to use $2.5 billion of the Department of Defense’s anti-drug smuggling fund to replace vehicle barriers and old fencing with new 18-foot or 30-foot metal poles on 130 miles of border in Arizona, California and New Mexico.

The decision came after the Sierra Club and the Southern Border Communities Coalition filed a lawsuit in Northern California saying the use of those funds was unlawful and the fencing would irreparably harm the public’s ability to enjoy natural areas near the border.

A federal judge agreed with them and blocked the Pentagon funding on June 28. A panel of 9th Circuit judges upheld the judge’s injunction a few days later.

On Friday, five Supreme Court justices sided with the administration’s argument that the Sierra Club and the community coalition likely did not have a legal right to sue. The groups claimed the administration unlawfully used tax dollars for a purpose Congress had refused to approve.

The effect of the justices’ decision is the Trump administration can start using Pentagon funds to build the fence as it appeals the ruling of the judge in Northern California.

As the political storm swirled in D.C., sapphire-chested birds flitted and warbled among the cottonwood trees on the banks of the San Pedro River last week.

Fallen cottonwood leaves filled the tracks left by hoofed creatures on otherwise smooth, soft dirt in the riverbed. A discarded ball cap hung from the barbed-wire fence that separates Arizona from the Mexican state of Sonora.

Up on top of the river’s steep eastern bank, a Border Patrol agent waved hello as he scanned for footprints next to the metal-mesh border fence that stood a few dozen yards from the river.

He soon joined another agent parked in the shade of the cottonwoods on the west side of the river. Normandy-style vehicle barriers stretched for about a half-mile west of the river until the fence transitioned to tall, metal posts known as bollards.

The administration’s plan is to install bollard fencing in place of the barbed-wire fence in the riverbed and the vehicle barriers west of the river, Department of Homeland Security officials wrote in court documents regarding border areas deemed a priority to stop drug smuggling.

For Margaret Case, a resident of Palominas who can see the cottonwood trees that flank the San Pedro River from her patio, the “border areas and their natural beauty have been a central element of my life here since we moved to Arizona from Kentucky.”

She and her husband are both birders who regularly visit the natural areas around the border, Case wrote in a May 24 declaration filed with the lawsuit. A border wall could stop rabbits and other small animals, which are the food supply for some of the predatory birds she and her husband like to watch, from crossing the border. The effect on larger animals could be worse.

“My pleasure in living along the border is immensely enhanced by my knowledge that there are wolves, bears, ocelots, and even jaguars that inhabit those lands, prowling in secret and filling crucial, and unique, ecological niches,” Case wrote.

“Just a few days ago, on a trip into nearby New Mexico, my husband and I spotted a wolf standing in the brush,” she wrote.

“I never thought I might see a wolf,” she wrote. “Doing so was the thrill of a lifetime, and one that deepened my appreciation of the presence of such wildlife in my own backyard neighborhood, as well as my concern that border-wall construction will inhibit the mobility upon which those species depend.”

The administration was unmoved by Case’s declaration and those of a half-dozen other Southern Arizona residents. Instead, the administration argued the balance of interests was “lopsided” in its favor.

The interests of border residents “in hiking, birdwatching, and fishing in designated drug-smuggling corridors do not outweigh the harm to the public from halting the government’s efforts to construct barriers to stanch the flow of illegal narcotics across the southern border,” the administration argued in its appeal to the Supreme Court.

Agents also reported more than 1,900 drug-related events that led to the seizure of 1,600 pounds of marijuana, 902 pounds of methamphetamine, 52 pounds of cocaine, 48 pounds of heroin and 11 pounds of fentanyl.

Illegal border crossings, along with men hauling backpacks of marijuana, are common in the mountains and desert west of Tucson that includes Cabeza Prieta and Organ Pipe, records filed in Tucson’s federal court show.

The terrain in those areas “provides high ground to scouts seeking to protect and warn smuggling loads being passed through the area,” according to the Homeland Security request. The area needs an “improved capability to impede and deny illegal crossings of people and narcotics.”

The area also is where several thousand migrants traveling as families crossed the border in the last year and asked for asylum.

Local religious groups have cared for many of the migrant families at churches and the former Benedictine Monastery in midtown Tucson after they were released by the Border Patrol.

When it comes to building fences and other border-related projects, Homeland Security can waive environmental protection requirements. Waivers were filed for the Yuma and Tucson sector projects, court records show.

Kevin Arthur Dahl, a Tucson resident for 42 years and the Arizona senior program manager for the National Parks Conservation Association, said Organ Pipe has been “near and dear to me” since his first visit in the 1970s.

Since then, he has organized support for Organ Pipe and regularly visits the area. In March 2018, he and a group of scientists, park staff, volunteers and Arizona State University students observed 116 species.

“I am deeply concerned that border wall construction and the wall itself would destroy an area I have worked so hard to preserve and protect,” Dahl wrote.

Gayle Hartmann, a Tucson resident for more than 50 years who has written books about the Sonoran Desert, said she has camped, hiked and studied in Cabeza Prieta, Organ Pipe and nearby areas for many years.

“A central element of my enjoyment of that area has been learning, understanding, and appreciating the wildlife and plants, as well as the human history of the region,” Hartmann wrote in a May 26 declaration.

She was concerned about “further fragmenting the cross-border habitat” of species like pronghorn and bighorn sheep that “rely on their access to lands on both sides of the border to survive,” she wrote.

The proposed fence, Hartmann wrote, “would fundamentally alter my experience of these lands, by intruding upon the natural beauty, and historical connectedness of people and species, that I visit these areas to experience.”

Zoom in to view satellite imagery or use the box at the top right corner to switch between map types. Desktop users: Hover over proposed barriers in red and green to see more information about each project.

Note: The areas of the border that have barriers have remained largely unchanged since 2017. Customs and Border Protection did not respond to a request for updated information.

Homeland Security sent a list of priority projects to the Pentagon, according to documents filed with the lawsuit. The list included 11 projects, eight in Arizona.

If all eight projects had been selected, the total estimated cost would have ranged from $2.26 billion to $2.73 billion, depending on the height of the wall.

Four Arizona projects ultimately were selected to be funded by the Pentagon.

The 262 border miles in the Tucson Sector include 141 miles of vehicle barriers, 71 miles of pedestrian fencing and 50 miles with barbed wire or no fencing, the sector’s public affairs office said in May.

One Tucson Sector project that didn’t make the cut would have replaced vehicle barriers along 26 miles in the mountainous area in eastern Santa Cruz County and western Cochise County.

Another project would have replaced vehicle barriers in a series of mountain passes in western Santa Cruz County and Pima County.

Those projects would cost between $476 million and $574 million, according to the Homeland Security letter.

WASHINGTON — The head of the Arizona National Guard has defended the use of military troops on the border, saying their support puts more Bord…

The Supreme Court ruled Friday that the Trump administration can move forward with a plan to use military funds to build a wall through the San Pedro River, above, and 68 miles of the Arizona-Mexico border, at an estimated cost of at least $1 billion.

Homeland Security sent a list of priority projects to the Pentagon, including one in the San Pedro River and 19 miles elsewhere in Cochise County that could cost more than $340 million.

Some Southern Arizona residents who oppose the fence say it will prevent small animals from being able to cross the border. The effect on larger animals could be even worse.