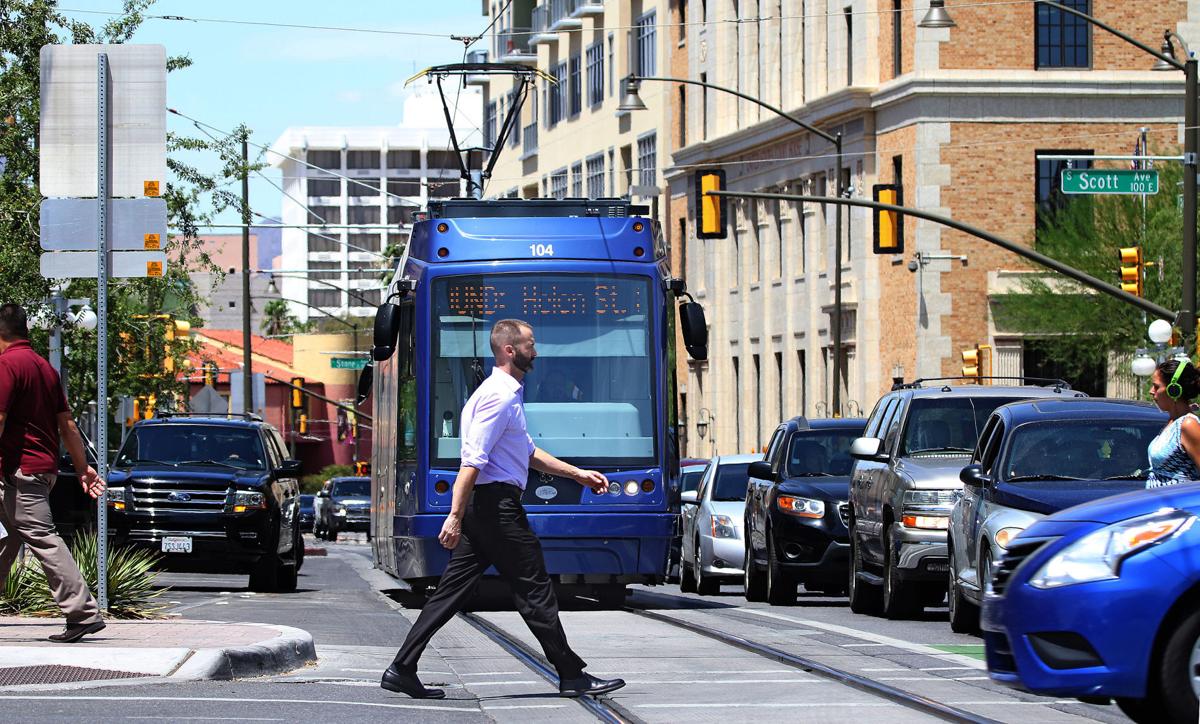 A pedestrian crosses East Broadway Boulevard at Sixth Avenue on this second anniversary of Tucson’s modern streetcar on July 25, 2016. 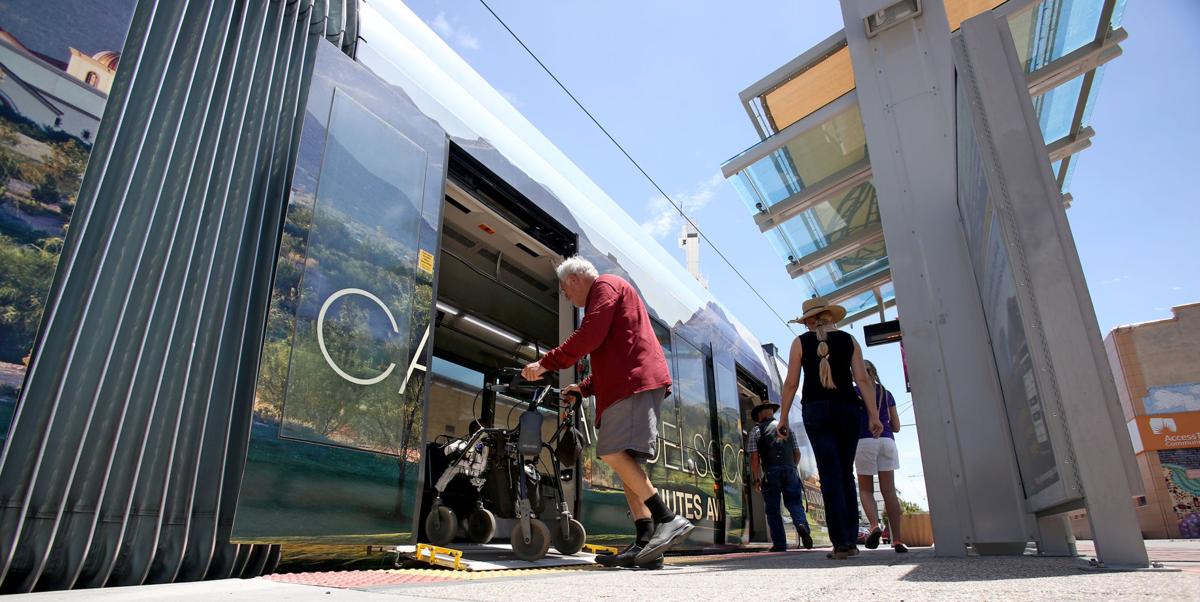 Passengers hop on a streetcar at East Broadway and South Sixth Avenue on Sun Link’s second anniversary, which was Monday.

As it celebrates its second anniversary, here are five things to know about Sun Link, Tucson’s streetcar line:

1 Ridership averages 4,000 weekday trips during fall and spring, said city spokesman Michael Graham. About 40 percent of riders ride more than five times per week, he said. It all adds up to about 1 million trips per year. A one-way ticket costs $1.50, plus a 25-cent fee using the GoTucson app.

2 Students make up about 60 percent of ridership during the school year, Graham said. A U-Pass, good for discount rides on the streetcar and bus, costs $87 for one semester plus a $2 card fee.

3 Taxpayers are expected to pay most of the $5.5 million cost to operate the streetcar this fiscal year. Riders’ fares and advertising will bring in about $1 million, said city CFO Joyce Garland.

4 Naming rights are still part of the city’s plan to raise funds for streetcar operations, but the rights haven’t been sold. The person or company who buys the naming rights could put their name on streetcar stations, vehicles, maps and schedules, and websites.

5 Additional routes are possible, but way in the future. Routes to the Tohono Transit Center near the Tucson Mall, the Laos Transit Center on the south side and El Con Mall are sections for study listed in a Pima Association of Governments conceptual plan for transit in the year 2040.

Come worry the search for new revenue could the city in conflict with the private sector.

New project ensures "people can get access to the technology they need."

A pedestrian crosses East Broadway Boulevard at Sixth Avenue on this second anniversary of Tucson’s modern streetcar on July 25, 2016.

Passengers hop on a streetcar at East Broadway and South Sixth Avenue on Sun Link’s second anniversary, which was Monday.