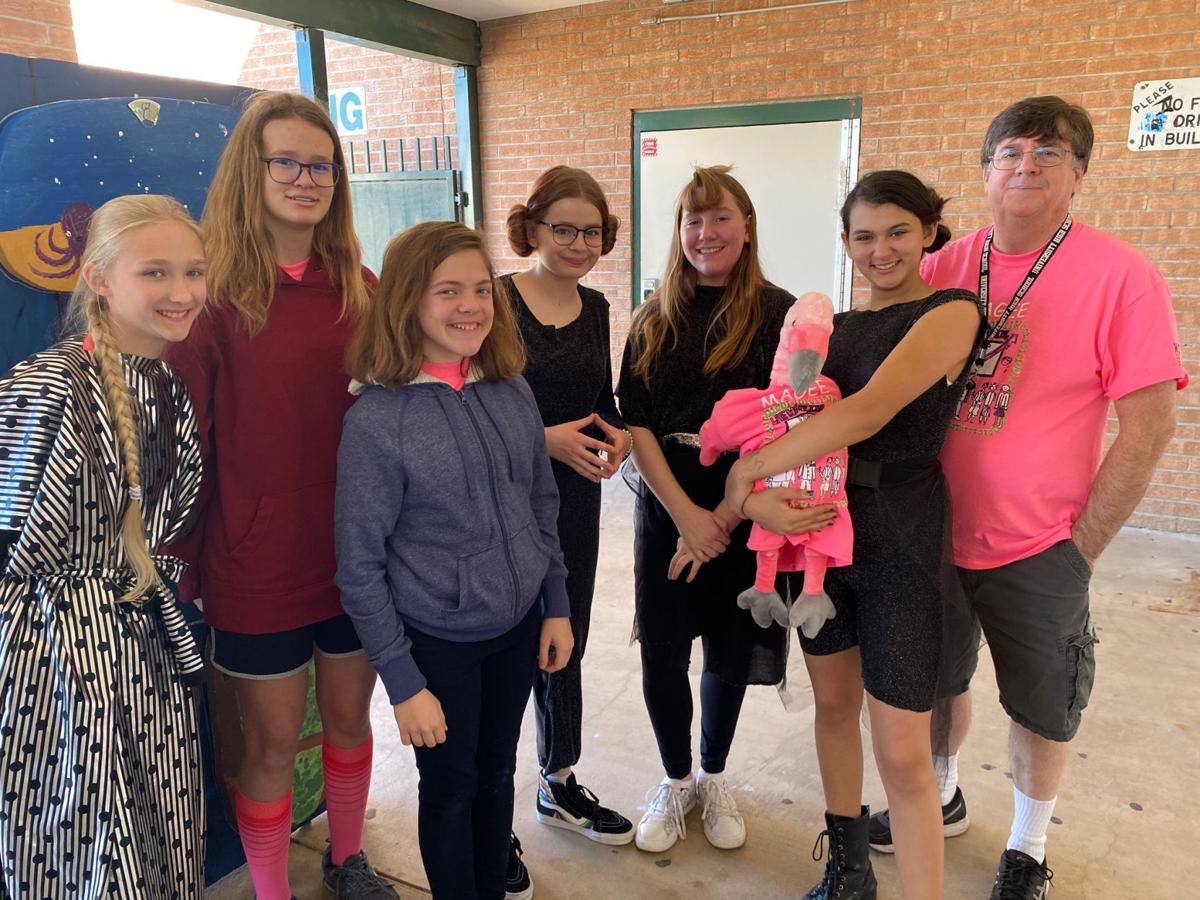 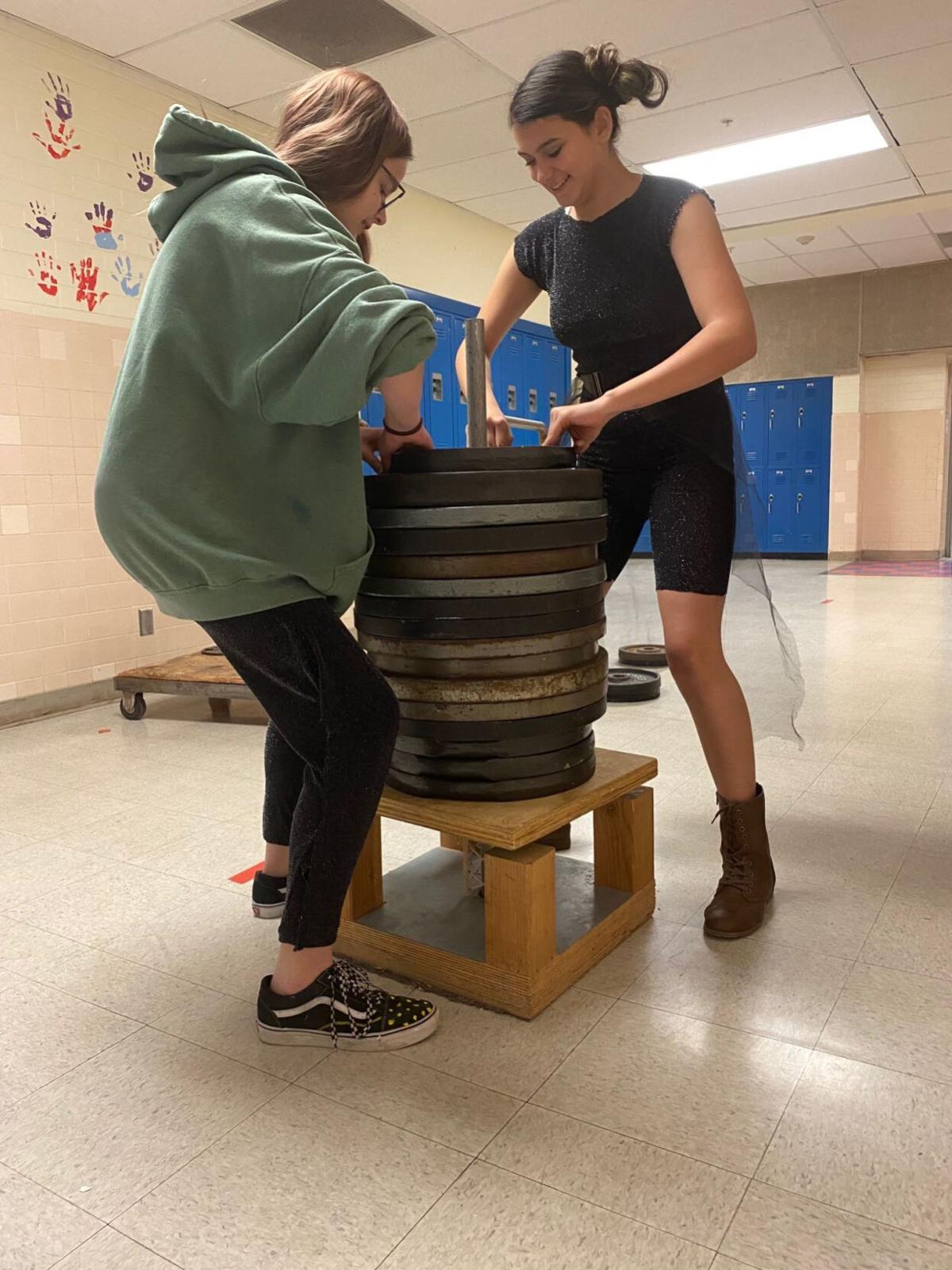 Lauren Reed and Aubrey Phull of Magee Middle School work on a challenge to create a framework from balsa wood weighing no more than 18 grams that eventually held 1,151 pounds before breaking. 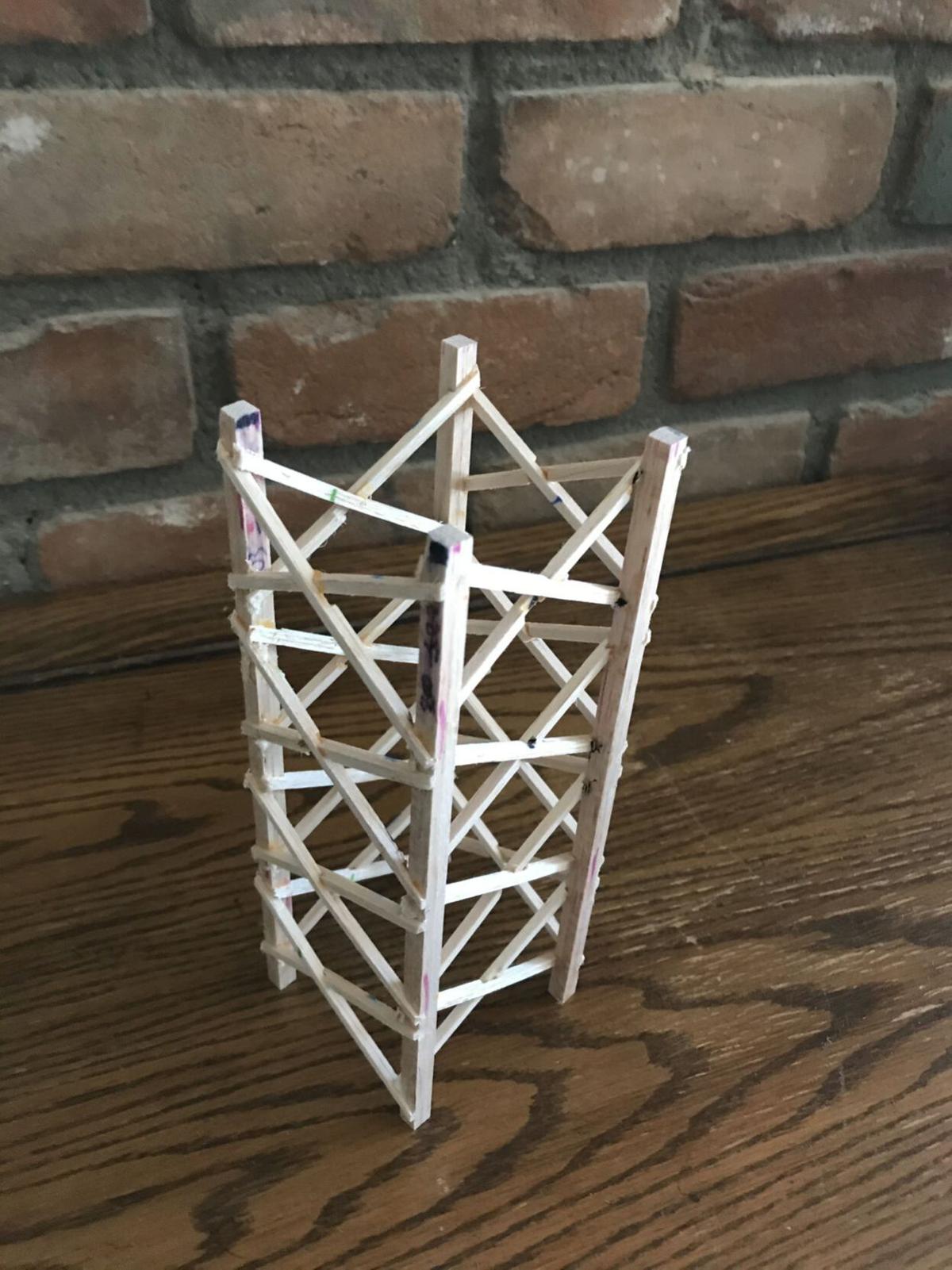 An all-girl student engineering team at Magee Middle School came in first place in one category of an international competition in creative problem-solving.

The TUSD school on Tucson’s east side came in first in the “structure problem” at Odyssey of the Mind World Finals, held virtually because of the coronavirus pandemic.

Magee was also the only middle school worldwide to enter all five of the contest’s categories.

The winning Magee team excelled at a challenge to create a framework from balsa wood weighing no more than 18 grams that would carry as much weight as possible. The students created a structure that held 1,151 pounds before breaking.

“Magee has an incredible program in Arizona for Odyssey of the Mind,” said Magee head coach Marjorie Letson. “As the Magee head coach, I have taken them to World as the Arizona champions for 23 consecutive years, but we’ve never got a first-place World trophy before. … At the international level it’s a true miracle to get a first place trophy.”

Teams from Satori Charter School and Children’s Museum Tucson were the only others in the state to place in the top 15, a news release said.

For more information on Odyssey of the Mind and the competition, go to odysseyofthemind.com.

Many Tucson parents are telling Tucson's largest school district they want choices when it comes to sending their kids back to campuses as educators share concerns about returning in the absence of a coronavirus vaccine.

The possibility of a spike in coronavirus cases locally created cause for concern for Tucson Unified and health officials, leading to the cancelation of the events planned for later this month.

The Tucson Unified School District will give parents and children a space to share concerns, learn about resources and identify positive ways young people can make a difference.

Unlike the sex education program, which discusses gender identity and consent, the alternative program in Tucson's largest school district focuses on things like self confidence, media influence and bullying.

Face masks, social distancing and more cleaning part of a series of recommendations TUSD is considering before school resumes in August.

Lauren Reed and Aubrey Phull of Magee Middle School work on a challenge to create a framework from balsa wood weighing no more than 18 grams that eventually held 1,151 pounds before breaking.