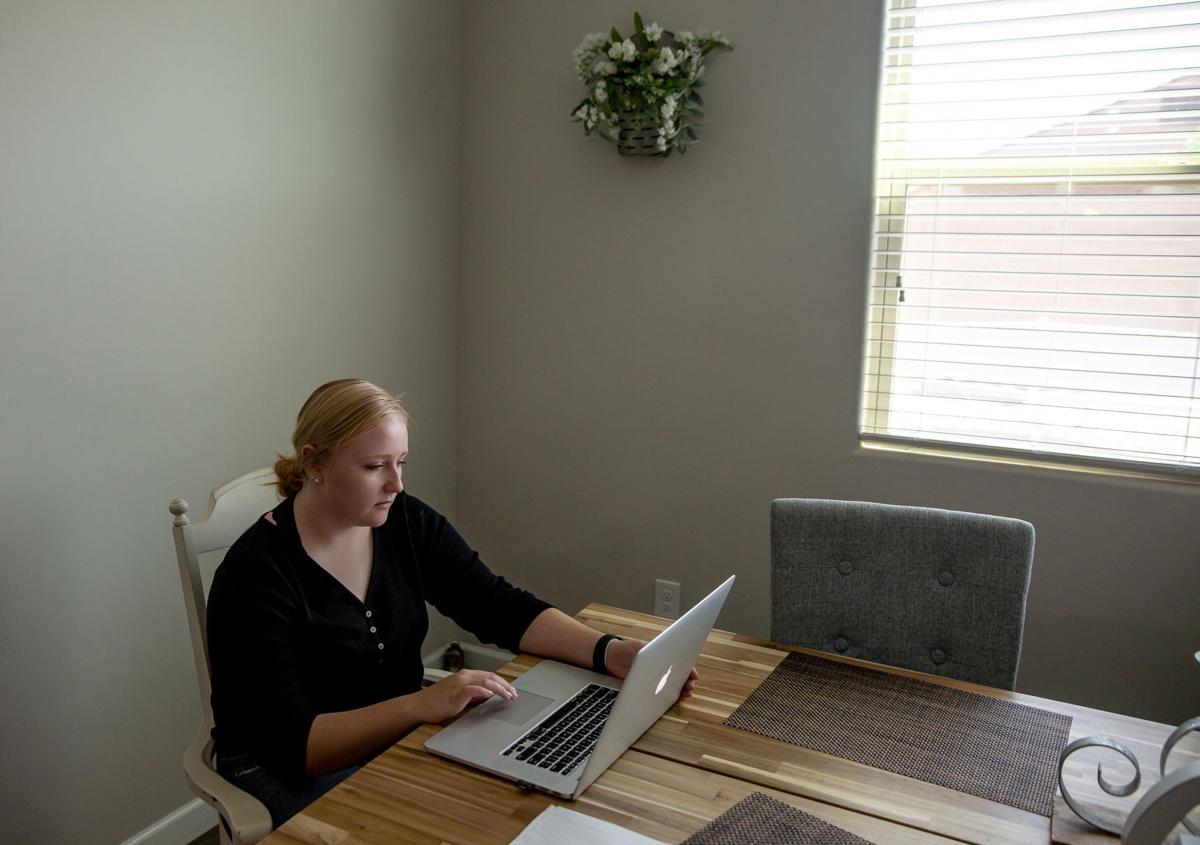 Tatum Caldwell, a junior at Marana High School, conducted a survey on social distancing. Caldwell received 600 responses in the first 12 hours. Nearly 90% of the 1,200 total said they honor the 6-foot social distancing rule. 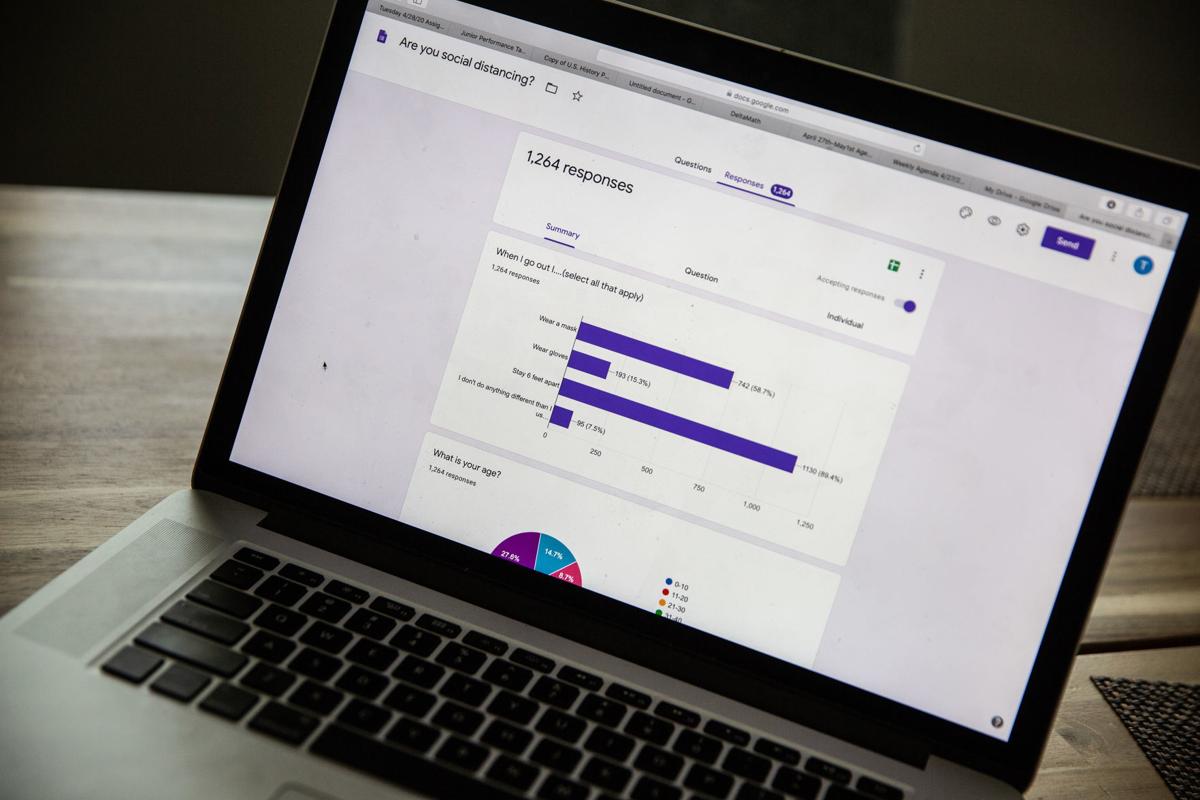 Teacher Brad Winchester said 50 responses is usually good. He said he knew Tatum Caldwell, 17, would receive more than that, “but I didn’t think it was going to be that much.”

People in Tucson are practicing social distancing — at least according to a survey by one Marana High School junior, which received over 1,200 responses in five days.

Caldwell and her parents emailed the survey and posted it on both parents’ Facebook accounts, Tatum’s Snapchat and Instagram, and their neighborhood association’s Facebook. They collected 600 responses in the first 12 hours.

The survey included a number of questions, but the program Caldwell used offered no way to compare different answers. For example, she knows that over half the respondents were between the ages of 31 and 50, but she has no way to see how many in that specific age group wear masks when they go out.

Eighty percent of the survey respondents were female; 41% are working from home; 31% are still going into a job; 75% leave their home two or fewer times a week; and 28% are not working, though she doesn’t know what percentage of those not working are retired, weren’t working before the coronavirus pandemic or lost work because of the current crisis.

The survey was an assignment in the teen’s AP Psychology class. Tatum’s teacher, Brad Winchester, says the response she received was enormous for a student project.

Usually kids pick a topic that is relatively important to them in the moment but unimportant to a lot of people, Winchester said. They might receive 50 responses, tops, which is fine since they are not doing publishable research.

He knew when Caldwell sent in her proposal that she would get a huge response.

“But I didn’t think it was going to be that much,” he said.

Tatum’s mom, Tanya Caldwell, who is also the principal at DeGrazia Elementary in the Marana School District, said she and her daughter learned a lot about how to do surveys, including how they could have asked different questions to draw more interesting conclusions.

Tanya Caldwell thinks between her family’s different social media accounts and the neighborhood association, the respondent group is pretty random. Although she estimates 90% of them live in Tucson.

That said, there may be so many more women because both she and her daughter have more women and girls on their social media. Tanya laughs about the natural flaw in the study.

“That’s a problem in our research,” she says.

Tatum is interested in pursuing a career in psychology. This project made her begin thinking about doing case studies on human interactions.

She wonders how much fear of the coronavirus plays a role in people staying at home more and practicing social distancing.

Her mom thinks the data shows that people are following the rules.

“Which is kind of flabbergasting to me because, in today’s world, people often just do what’s best for themselves,” Tanya Caldwell said. “It’s kind of showing that they’re not — that they are caring about everybody.”

To cover a portion of the unexpected costs, TUSD has had to dip into funds intended to increase the number of librarians and music teachers for the upcoming school year, and to refurbish music and sports equipment.

Educators uncertain when, how Arizona schools will reopen

At least one Tucson-area school district is considering having students attend on a staggered schedule, trading off in-person instruction and live-streaming classes from home.

The new high school is designed to help students earn workforce certification and training in fields ranging from culinary arts to health care to automation.

Many students and parents are struggling to adjust to remote learning. For kids with special needs, the hurdle to staying on track can be even harder to overcome.

The number of confirmed coronavirus cases across Arizona is 7,648, the Arizona Department of Health Services said Thursday.

The American public may not be able to enjoy live, in-person events right now given the worldwide COVID-19 pandemic, but that doesn’t mean the…

$35 gift vouchers to participating Main Gate Square businesses can be yours for $25.

A parent group in Vail turned grief over their kids missing out on high school graduation ceremonies into a new experience that may yet create life-long memories.

Tatum Caldwell, a junior at Marana High School, conducted a survey on social distancing. Caldwell received 600 responses in the first 12 hours. Nearly 90% of the 1,200 total said they honor the 6-foot social distancing rule.

Teacher Brad Winchester said 50 responses is usually good. He said he knew Tatum Caldwell, 17, would receive more than that, “but I didn’t think it was going to be that much.”