The campaigns for and against Prop. 204 have largely boiled down to a funding race between two local men, and their organizations and industries.

Eric Schindler, CEO of Child and Family Resources, has driven the funding of the Strong Start Tucson campaign from the beginning of the year.

And auto dealer Jim Click has spearheaded the “No” campaign, making loans and donations of his own while also getting more from his industry.

It should be said, the campaign finance reports permitted by the city of Tucson are awful in their lack of uniformity. The campaigns are submitting reports of donations and expenditures quickly, which is a good thing, but the emails and scanned-paper forms they turn in give a very unclear picture of the money coming in and going out of the campaigns, compared to better systems like that of the Arizona Secretary of State.

But it’s clear that Child and Family Resources, along with Schindler himself, has been the main financial force behind the campaign. The agency gave $68,308 in January to start the campaign.

Since then, Schindler and his wife Andrea have given a total of $21,000 to the campaign. And Child and Family Resources’ total has reached $93,308, the reports say.

The “no” campaign started very late but has leaped to life with a $30,000 donation by Click on Sept. 29. Since then, Click has loaned the campaign an additional $36,000, and his Tuttle Click Automotive Group donated $14,593.

In addition, the Tucson New Car Dealers Association has donated $23,629 to the campaign. With other donations from Tucson businesses and business owners, the “No” campaign has received a total of about $214,223.

Prop. 204 would increase the city sales tax by a half-penny to fund scholarships for preschool students.

Gowan back for Senate race

In 1962, after losing the California governor’s race, Richard Nixon famously told reporters: “Just think how much you’re going to be missing. You won’t have Nixon to kick around anymore.”

I thought of that when I learned that former House speaker David Gowan is planning to run for the Legislature again. He has filed to run for state Senate in Legislative District 14, which stretches from the southeast corner of Arizona all the way up to the eastern edge of Tucson.

Rep. Drew John, a Republican from Safford, will face Gowan in the primary race.

It would be charitable to say Gowan had a mixed record as speaker. My colleague Hank Stephenson, when he was previously working for the Arizona Capitol Times, documented how Gowan took a campaign trip in a state-owned vehicle. Gowan ended up reimbursing the state $12,000 for that and other expenses, but it was part of a broader pattern of taking advantage of the perks of office.

I once showed how Gowan, in May 2015, took three personal vehicles in for free repairs done by students at Andrada Polytechnic High School in the Vail school district.

Gowan’s campaign consultant, Constantin Querard, allowed when we spoke Thursday as how Gowan’s term as speaker could have a mixed effect on his next campaign. But he said voters in the district like Gowan, and the criticism he received won’t necessarily hurt.

“The Capitol media made him a project, and he paid a price for it. But in a Republican primary, it’s both a negative and a plus. The fact that some folks in the media hate you, that can be helpful,” Querard said.

So yes, we will have David Gowan to kick around some more.

Secretary of State Michele Reagan was already facing a potentially difficult race when a report was released this week on an investigation into why election pamphlets did not reach 200,000 voters in May 2016.

It showed she knew of the problem for more than two weeks but did nothing about it, and that the office broke the law in its handling of the matter.

Querard, who is also Montenegro’s campaign consultant, said the report added detail to an existing portrait of incompetence.

“This is perhaps the best documented of the errors and the one that affected the most people,” he said. “It does seem to be a symptom of the same problem — general incompetence, a lack of oversight and management control.”

Hobbs told me, “The fact is that her office broke the law. Then employees who are paid by taxpayers hid it from her and hid it from the public, and nobody’s been held accountable for it.”

Reagan said she owns her mistakes but noted the office did better in the presidential election and has learned needed lessons.

“If the voters want to throw me out for an honest mistake made 18 months ago, that is their right. I think they’re smarter than that.”

These days, I often think of the famous exchange between attorney Joseph Welch and Sen. Joseph McCarthy at a 1954 hearing, in which Welch finally called out McCarthy’s excesses.

Rep. Paul Gosar has made clear lately he doesn’t. Gosar showed himself to be a conspiracist in an interview aired Oct. 5 by Vice News. In that piece, he echoed popular but factually wrong conspiracy stories claiming that the white supremacist rally in Charlottesville, Va. was organized by leftists, and that financier George Soros, a Hungarian Jew by birth, had helped Nazis seize Jewish property there during World War II when he was 14.

This week, Gosar’s seven siblings published a letter in the Kingman Daily Miner criticizing the congressman’s comments. It reads, in part:

Our parents are 87 and 83 and we would be outraged if some sleaze did to them what Paul shamelessly did to Mr. Soros. First, Paul confabulated horrendous lies about Soros as a young boy who survived the Holocaust, and followed it with invented notions that Soros was behind the Charlottesville Nazis. Paul’s deceit was uttered without a shred of evidence.”

But when interviewed by a CNN reporter this week, Gosar would not back down on the original comments. He said “My proof will be coming. Check my website.”

And without a hint of understanding the irony of his comment, he called CNN “fake news.”

Have you left no sense of decency, sir?

Call it hypocrisy, chutzpah or naivete, but House Speaker can correct errors.

Breeding of endangered tigers, construction of tree-top playground and other improvements proposed; without them, zoo will face "tough decisions."

Rabbi Samuel Cohon was the leader of the congregation for 18 years.

Former Arizona Wildcat stars continue to stand out on the big stage, none more than Lauri Markkanen and Aaron Gordon on Tuesday night. Markkan…

The 15 most dangerous jobs in the US

While there's no denying the risks of logging or arctic trucking, many of America's most dangerous occupations are more mainstream.

A judge's eventual ruling could set precedent for the ability of other Congress members to impose controls on their social media sites. 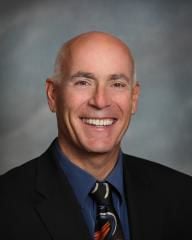 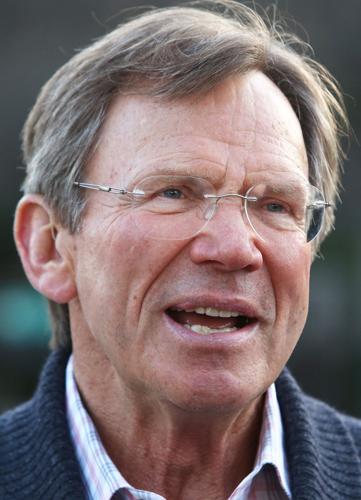