`Bummed out': SpaceX launch scrubbed because of bad weather

Tim Steller's opinion: Don't need stimulus money? Give it away to those who do
Share this
1 of 2 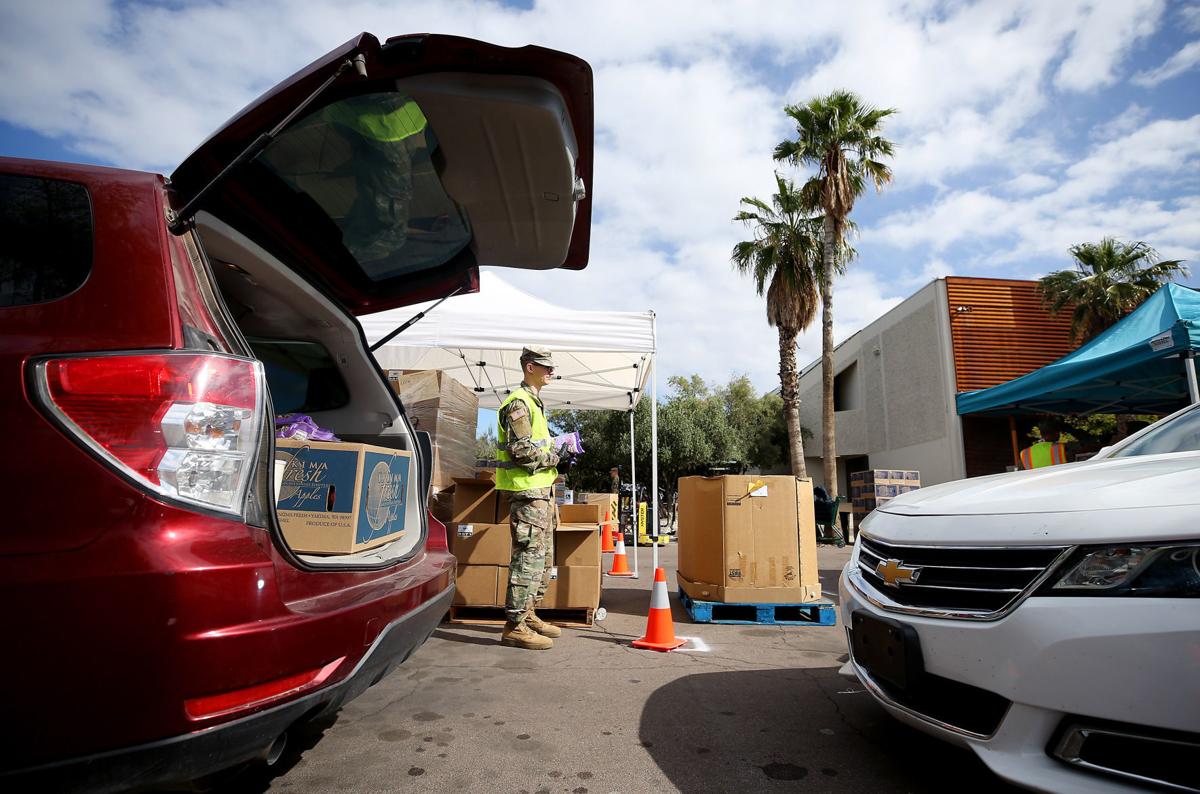 Spc. Nicholas McCormick, of the Arizona National Guard, waits for the next car to pull up at the Southern Arizona Community Food Bank.

Now that the stimulus money is poised to flow, let’s think about steering it in the right direction.

Some of us desperately need the money, because we’ve lost a job, had our hours cut, or lost business as a result of the epidemic and the resulting downturn. For others of us, who haven’t suffered such misfortunes, it may be a pure windfall.

The money isn’t even taxable, so there are no strings attached.

I’m going to try to attach some strings, though: Those who don’t need the money really ought to give it to or spend it on those who do need it in this sudden crisis.

The simple way is, if you know people who need help, just give it to them, in whatever amount you want. The whole logic of the stimulus is that people know best where to spend their money. That certainly goes for many people in need.

Alternatively, you can support beloved Tucson-area businesses that are teetering as a result of our efforts to slow the spread of the virus.

But there are potential advantages to donating part or all of your stimulus payment to charities, as well. Although the payment is not taxable, any donation to a qualified charity will be tax deductible for those who itemize deductions, said accountant David Cohen, the president of Beach Fleischman.

Even those who take the standard deduction can deduct up to $300 for donating that much or more to charity, he noted.

Michael McDonald, the CEO of the Community Food Bank of Southern Arizona, said its main location, at 3003 S. Country Club Road, has seen more than double the usage that it did at the same time last year.

“We’re seeing a huge increase in the number of new folks coming in because of job loss, cutback of hours, or being laid off,” McDonald said.

Charities like the food bank will be happy to accept however much you can give. There are several new efforts, though, at funneling relief specifically to the needs of people affected by the COVID-19 crisis.

Both the Community Foundation for Southern Arizona and the United Way of Tucson and Southern Arizona have set up COVID-19 relief funds that will channel donations to nonprofit groups that help vulnerable people with needs like food, medical care, diapers, health supplies, bill payment and other urgent needs.

“I hope this will help to bolster the organizations that are already doing front-line emergency service work with the most vulnerable in our community,” said United Way president Tony Penn.

Any money donated to either fund will be passed through to the organizations providing the services.

A similar setup exists at Phoenix-based Arizona Together, a new effort to coordinate volunteers and collect donations, set up in concert with the state government. Donations are similarly distributed to nonprofit groups carrying out relief efforts and are specifically distributed to buy personal protective equipment for medical personnel and first responders. They’re also directed to helping low-income students get the technology needed to participate in online classes.

It may be a while before the money arrives. The best guess is sometime in April for those who have received direct deposits from the IRS, and later for those who will receive checks. If you can afford the risk of a glitch in the system, you can donate now what you expect to receive later, since the needs are already exploding.

If not, there undoubtedly will still be needs when your payment arrives.

Family haunted by fear after fleeing Guerrero for border at Nogales

While some whole villages have fled from armed groups, another, less noticed migration is taking place one family at a time

Five experts from the Mel and Enid Zuckerman College of Public Health will talk about best practices to control the spread of the virus today.

Tucson police: Woman was impaired at the time of fatal motorcycle crash

The woman is facing a charge of second degree murder in connection with the crash that killed a 21-year-old motorcyclist.

According to the state health department, 21,058 people have been tested for coronavirus statewide, with 3,101 tested in Pima County.

County building will reopen on Thursday.

Tim Steller's opinion: Limited testing, tracing are holding us back from reopening

To avoid unmanageable spikes in coronavirus, we need to put more effort not just into testing but also tracing the contacts of infected people.

We can't get together at the restaurants, gyms, bars and other businesses that make this community a community, and that threatens many of them.

Some Tucsonans plan to use their stimulus money to help others

When Tucson resident Regina Watkins noticed that her stimulus money appeared in her bank account, she wrote a check for $1,200 with her nephew…

Spc. Nicholas McCormick, of the Arizona National Guard, waits for the next car to pull up at the Southern Arizona Community Food Bank.