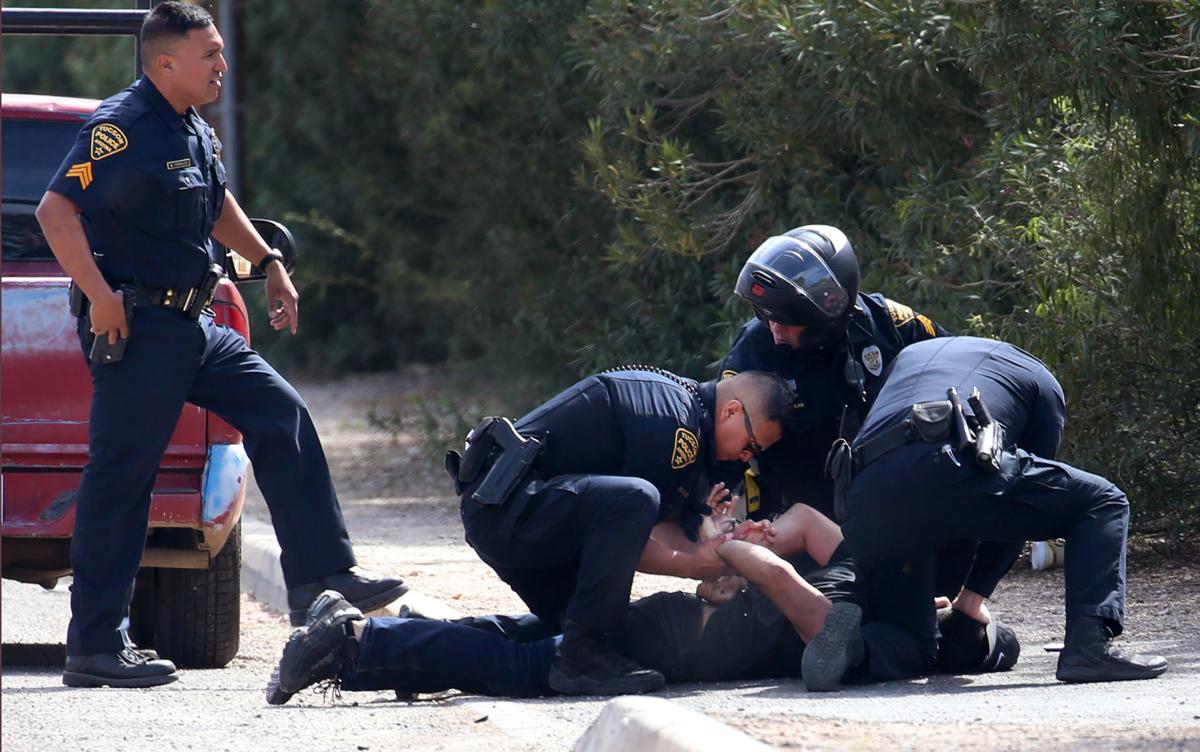 The sanctuary initiative strictly limits when Tucson police officers can question a person’s immigration status, and in doing so paints a somewhat unfair portrait of how today’s Tucson Police Department operates. 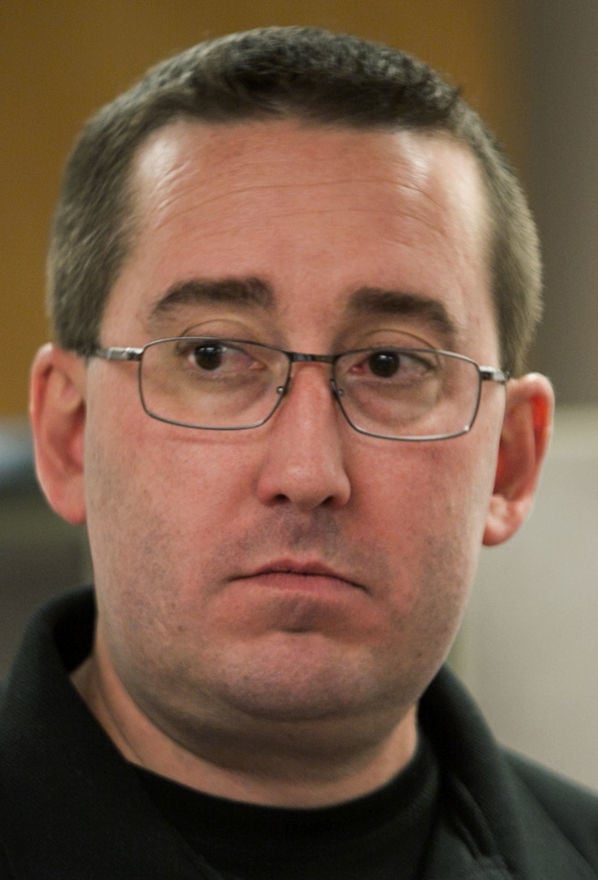 If you look at the 2019 election from the point of view of a Tucson police officer, you might see danger signs.

There’s the sanctuary initiative, Prop. 205, that would put strict legal limits on when Tucson officers can ask people their immigration status, and might jeopardize funding for the department. From an officer’s perspective, it might feel like a judgment on your performance.

And the mayor’s race offers signs that are both scary and reassuring, with a leading candidate who has questioned whether officers can resist racial profiling but has nonetheless supported raises and other efforts to strengthen the department.

That police officer point of view matters especially now, because crime remains stuck at problematic levels in Tucson. The city regularly ranks worst or close to it in lists of Arizona cities by crime rates. People sometimes must wait hours for an officer to respond to a lesser incident, meaning sometimes residents never report minor crimes at all.

As crime has persisted at unacceptable levels, officers have been quickly dropping out of the Tucson Police Department. Almost as fast as we can hire officers, existing ones retire, move to other departments or leave the profession completely.

We’ve had a hard time building the department, which at its peak had about 1,200 officers, beyond 800 officers. If we can’t bulk it up, it’s hard to imagine our public safety and our rankings improving.

So that’s one key context in which we’re considering Prop. 205, the so-called sanctuary initiative. It would not do what most sanctuary policies do — force local jails to stop releasing inmates to federal immigration officials. Pima County’s jail already does hand over inmates to the feds and would continue to do so even if this initiative passes.

But it strictly limits when Tucson police officers can question a person’s immigration status and call federal authorities, and in doing so paints a somewhat unfair portrait of how today’s Tucson Police Department typically operates.

Through the first seven months of the year, for example, Tucson police registered just two incidents of officers questioning a detainee’s immigration status — something that is required under state law in specific circumstances.

On the pro-sanctuary website, the campaign says: “Sanctuary would mean that local police could no longer rely on certain racial stereotypes.” The campaign goes on to argue that Tucson officers are trained to “rely on unfounded racial stereotypes to determine whether a person might be undocumented.”

In a response put together by Tucson police, the administration says: “This portrayal of Tucson Police policy is patently and offensively untrue. TPD policies and established practices prohibit racial profiling without exception.”

Another of the benefits claimed by the initiative’s backers is, “In Tucson, Sanctuary would mean that during a traffic stop, local officers would have to tell drivers when they can leave the scene.”

The police department responds: “This is a proposed solution to a non-existent problem. There is no current practice or evidence that TPD officers are detaining persons on traffic stops beyond the time needed to issue citations and/or complete other essential activities involving the driver and/or occupants of the stopped vehicle.”

This response also reflects the broader perspective of some Tucson police officers on the initiative: It is a solution to a non-existent problem. That’s what makes Sgt. Jason Winsky, the spokesman for the Tucson Police Officers Association, call the initiative “a referendum on the cops.”

The TPOA of today is not the union of a decade ago, not the right-wing ideologues of yesteryear at odds with the politics of the populace. They’re so adapted to the Tucson of today that they even endorsed Steve Farley for mayor, a liberal candidate who would have been unthinkable until recent years.

But Farley lost. And now the leading candidate is Democrat Regina Romero, a three-term council member whose record on police issues shows signs of both hope and concern for officers. She faces independent Ed Ackerley, a longtime local ad executive, and Green Party candidate Mike Cease.

To grasp what concerns officers about Romero, go back to the 2017 and 2018 debates over Tucson’s hands-free driving ordinance. Traffic-safety advocates and some council members argued strenuously that Tucson needed to do what the state Legislature had been unwilling to do: Make it illegal to handle your phone while you’re driving.

At a Jan. 9, 2018 council meeting, Romero acknowledged the safety issue but questioned the ordinance’s effectiveness and said it could lead to racial profiling by police, even though Chief Chris Magnus said the department had received only one complaint of profiling in the previous year.

“I’m happy to hear, chief, that TPD does not have those complaints, but we live in a SB 1070 state, where there are certain laws on the book that can cause racial profiling,” Romero said.

She was one of two council members, along with Richard Fimbres, who voted against making texting while driving a primary offense, allowing officers to stop drivers just for that. It annoyed some police department employees at the time and has stuck with them. She may have been talking about racial profiling in the abstract, but local officers took it as a specific accusation against them.

When I asked Romero Thursday about her comments and vote, she stuck by her position.

“I have always advocated for racial justice, social justice and equity. If that is what police officers are pissed off about, then that’s not going to change about me,” she said. “I’m not accusing TPD of bias, but unconscious bias does occur.”

On the other hand, Romero is a big fan of Magnus, has worked with the union and defended her voting record as being consistently supportive of public safety in general, noting she’s voted for pay raises, spending on equipment and hiring additional officers.

Indeed, the union seems to view her as inevitable and to think that a Romero victory could work out for them, even if she wasn’t their first choice.

“We haven’t had, and we don’t expect to have, an adversarial relationship with council member Romero,” Winsky said. “We’re just looking forward to seeing how things move forward after the election in November.”

Ackerley, the independent, has made public safety a top priority and questions whether progressive Tucson is appreciating our force adequately. “I think where we get off track is the national discussion gets conflated with the local police force,” he said.

But it would be a dubious strategy for the police union to go with Ackerley and against Romero again, especially in a general election where she seems the inevitable winner. They are choosing not to endorse at all this time.

For Tucson residents, then, it seems like the message-sending choice comes down to the proposition. If this were a city where officers were abusing their authority often to ask about immigration status, that would be one thing. And if it were a city where we had plenty of cops, not a force in continuing danger of diminishment, that would be another thing.

But neither of those is the case, and police are looking to voters for a sign that they understand that.

The sanctuary initiative strictly limits when Tucson police officers can question a person’s immigration status, and in doing so paints a somewhat unfair portrait of how today’s Tucson Police Department operates.