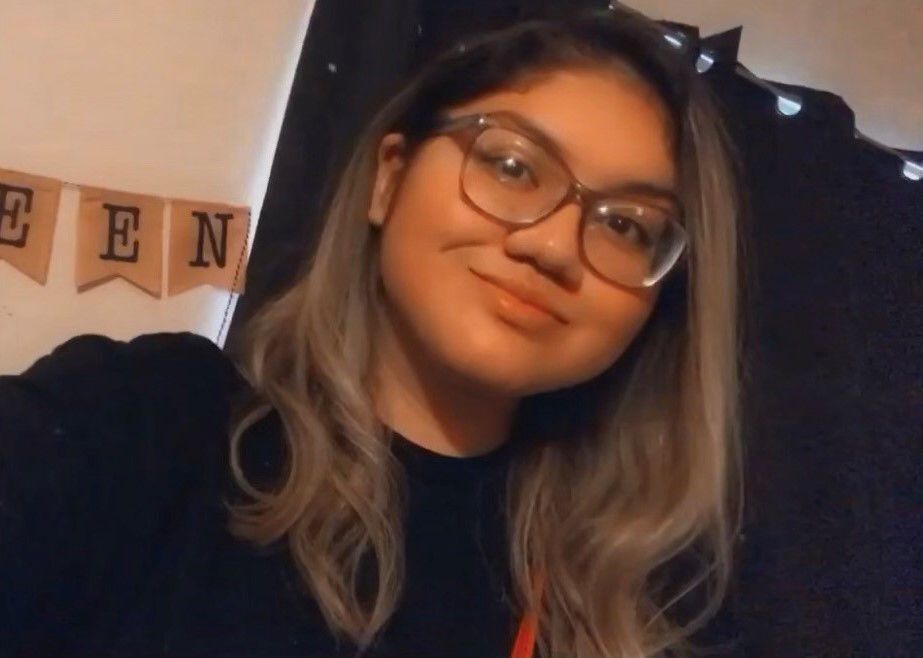 Vanessa Silva was senior class president for Sunnyside High School’s class of 2020. She is now attending the UA.

The coronavirus pandemic hasn’t left any of us unscathed, but it’s really taken a toll on young people.

The quarantines and restrictions counter their natural inclination to get together and grow as a group.

But it’s even harder when you’re senior class president at your high school.

And living with your grandparents.

And volunteering lots of hours to win a scholarship.

The challenges have tested Vanessa Silva, 19, a Sunnyside High School grad now attending her first semester at the University of Arizona. Despite the odds, she’s passing.

Silva has been living with her grandparents for most of her life. As a student at Apollo Middle School, Silva got help from a counselor, Rubi Soto, dealing with the family problems that led her to live away from her mother and her father.

Soto connected Silva to Youth on Their Own, a local nonprofit that helps teens experiencing homelessness or something close, as Silva was. She qualified since she didn’t get any assistance from her parents.

The program gave Silva a stipend during high school to afford expenses like school supplies and occasional gift cards for necessities like clothing. She thrived in school.

Silva took Advanced Placement classes, got involved with the student council and was elected class president when she was a junior and when she was a senior.

Her senior class, of course, was the ill-fated class of 2020. Her junior year, as class president, she had helped plan activities like prom. Her senior year, she ended up getting the graduates yard signs people put out in their yards to congratulate their graduating seniors.

“It was a weird time, just because no one knew what was going to happen. Before this happened, I was a tutor at these apartment complexes and they changed me to being an apartment leasor.”

“I was being a full-time worker, doing a job I had no experience in before, and I was having meetings with the principal at Sunnyside and with my StuCo (student council) adviser.”

Around the end of March, because of concerns about COVID-19, Silva decided to move out of her grandparents’ home and back in with her mother, despite their history of problems.

“It was really difficult at that time, because the first month there was a lot of tension and a little bit of arguing,” she said.

And then, in mid-June, Silva started to feel sick.

“I just had this headache. I thought it was a migraine at first, because I get those because of all the stress,” she said.

Silva started feeling weak, had an upset stomach, got a fever as high as 104.2. Her aunt, Sandra Andrade, a registered nurse, insisted she keep an eye on the oxygen saturation of her blood.

Her mother took her to Tucson Medical Center, where they immediately put her on oxygen, then admitted her. Her condition kept getting worse.

“It was really painful. I felt really weak. I felt like a nana, like a grandmother,” she said.

Her appetite descended. She drank water and a little juice.

“I ate a lot of carrots and cucumbers. I just couldn’t eat.”

Her family waved at her from outside her hospital window brought her some of her favorite foods — chicken from Raising Cane’s and wings from Wingstop. She couldn’t eat it.

“Halfway through my stay in the hospital, I developed a sharp pain in my chest.”

“I FaceTimed everyone just cause it was so lonely in there.”

One of those FaceTime friends was Patrick Robles, a fellow Sunnyside grad who was one year ahead of her.

“When I FaceTimed her and would see the oxygen tubes in her nose and her hospital gown, I couldn’t help but get teary-eyed,” Robles said. “I tried not to show it.”

Silva never had to go on a ventilator but had a rough stay. She was released from the hospital July 3 and went home with oxygen.

The home was that of her aunt, the nurse. She quarantined for two weeks in one room of the house, where the vent opening was blocked with a filter and a towel was stuffed under the door.

“It wasn’t till like two weeks were over that I went to the UA and got the rapid test. I tested negative. I went to the store and I couldn’t walk down the aisle.”

But college was approaching at the UA the next month, for better or worse. Silva had saved money while working in high school, and she also received a scholarship and other financial assistance.

Now she’s a full-time student, taking a full load of 16 units of classes in math, Spanish, anthropology, religion and two biology classes — a lecture and a lab. She had considered going toward medical school but now thinks she wants to be a nurse, like her aunt and the people who cared for her in the hospital.

“My nurses were wonderful,” she said. “They kept me sane.”

Her nurse aunt admires Silva, too.

“She’s always been an overachiever, despite all the things she’s gone through in her life,” Andrade said. “She’s done it pretty much on her own.”

But things aren’t back to normal for Silva, living at Andrade’s southwest-side home. She finds learning by computer a challenge, and she’s been anxious ever since the COVID-19 experience.

“I have terrible anxiety just going out,” she said. “My friends call me a COVID freak, because if I touch anything, I use the hand sanitizer.”

But just on Friday, she and Robles got lunch from a Chinese restaurant — taking precautions.

“Even though we just went to have some chicken lo mein, it was really fun because these are the experiences we used to take for granted,” Robles said.

Their perseverance is also impressive, a sign of what young people can pull off in the face of the massive disappointments and challenges of this time.

“Despite whatever she’s gone through, there’s this level of resilience that is just awe-inspiring,” Robles said of his friend. “It makes you want to be a better person.”

Vanessa Silva was senior class president for Sunnyside High School’s class of 2020. She is now attending the UA.