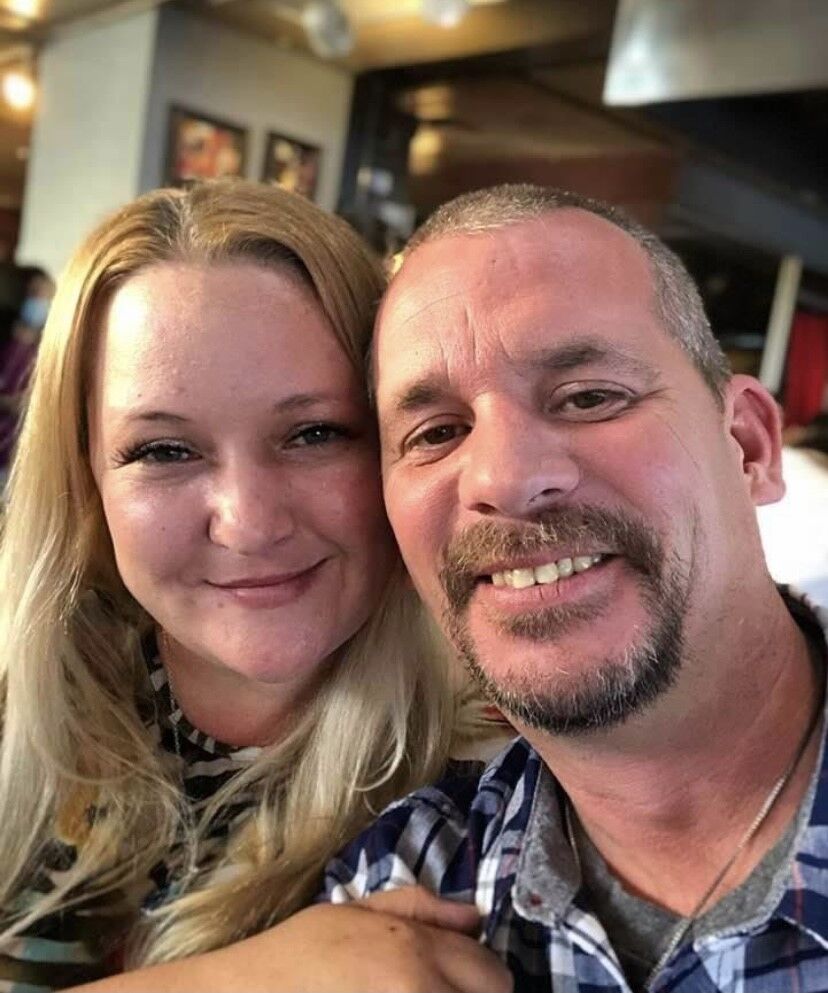 Cory Saunders, 40, right, with girlfriend Melissa Snyder. Saunders was shot and killed in the shooting spree in a south-side neighborhood Sunday.

He attacked the helpers.

That’s what made Sunday’s shooting spree in the Western Hills neighborhood especially troubling.

It was only the latest killing in a terrible year of them all over Tucson. But Sunday’s attacks on and near Irene Vista filled many Tucsonans with revulsion because of who suffered:

Two neighbors trying to alert residents of the fire on Irene Vista were shot, one of them killed.

Firefighters arriving to put out the blaze instead took gunfire, with one captain wounded.

A police officer looking for the attacker had his vehicle rammed and was shot at before firing and severely wounding the accused gunman, Leslie Scarlett.

The attacker went after helpers wherever he could find them — first at nearby Silverlake Park where the ambulance was parked, then on Irene Vista where he lived, and finally down the street where he rammed Officer Danny Leon’s patrol car and opened fire.

It’s enough to shake our faith in humanity. But it shouldn’t.

It should make us question how this happened and what we can do to prevent such violence, but the signs of humanity are right there in the open.

Listen to what Luis Bravo, 38, told Arizona Daily Star reporter Eddie Celaya and photographer Rebecca Sasnett about responding to Sunday afternoon’s fire on the street where he lives.

“My instinct being, hey, we all know each other here, we all take care of each other, I ran over there to make sure if there was anyone in there.”

“At the same time I’m getting to the corner of the house, the other gentleman comes with me. We started banging on the windows. He stays in the front, I go on the side of the house to try to bang on the back windows.”

They started to leave when Tucson firefighters arrived, but that’s also when the attacker showed up, apparently after shooting the two EMTs, and started firing at them.

The other neighbor was Cory Saunders — shot and killed for instinctively trying to help out.

He and his girlfriend, Melissa Snyder, smelled smoke when they were in their kitchen. They looked in their backyard, then opened the front door to see the house down the street on fire.

They were familiar with the house, having brought food over there after Scarlett’s mother and stepfather were killed in a January fire. They knew three kids and their mother lived there.

“I remember tapping him on his chest and saying ‘Run baby run,’” Snyder told me.

Saunders, 40, was shirtless and wearing flip-flops, but “he ran, he didn’t think twice,” Snyder said.

She followed him over, but retreated to her house when the neighbor she knew by sight pulled up in his SUV, opened the door and started firing.

Firefighters also started running when the gunfire began. One captain was shot in the arm. He said over the radio, “I dove into a house. There’s still shots going on right now.”

Tucson Fire Chief Chuck Ryan acknowledged the neighbors along the street who took in four firefighters.

“It’s only by the good grace of the neighbors who sheltered our coworkers that they are safe,” Ryan said.

I caught up Tuesday with Willie Blake Jr., an elder statesman in Western Hills who even has a park named after him. He said of the shooting, “It don’t change my neighborhood. We all know one another. We have a friendly neighborhood.”

It’s true: Western Hills may be in “The Vistas” — a term for the broader area that suggests danger by longstanding local reputation — but it’s a close-knit Tucson neighborhood. A normal neighborhood that has generally good relationships with the police and fire department.

It was Tucson police officer Leon who ended the attack after he was rammed by the suspect two blocks away. His body cam video shows Leon keeping remarkable composure, stopping the car and shooting the suspect from a distance of 30 to 40 yards.

So there should be no question of the wealth of humanity and helpers in the situation Sunday. They were everywhere from beginning to end.

But it raises big issues for the community going forward. At the Monday news conference, Ryan said, “An incident like this can shake your trust.” And police Chief Chris Magnus said, “If this isn’t a call to action, what is?”

The attack amplifies existing issues within our public safety services. Staff is diminishing, especially in the police department, meaning that officers spend their shifts going from high-priority call to high-priority call. An attack like this, on top of all the other violent cases, just intensifies an already intense job.

Another key worry: The incident shows that police may be needed at more innocuous-seeming calls than we thought. Sgt. Jason Winsky, spokesman for the Tucson Police Officers Association, asked: “As much of an outlier as this situation was, do we really have a grip on which situations require police and which don’t?”

This is where the calls to de-emphasize police responses clash with the reality that some non-violent calls turn violent surprisingly.

Another worry: Did Scarlett fall through the cracks of our generally improved system for dealing with dangerously mentally ill people?

Finally, obviously, we need to know how did Scarlett, a prohibited possessor, get a gun? In a country as saturated as ours with guns, it’s not that hard. But his process matters.

These are some of the big, knotty issues the shocking attack on the helpers brings up. They will be hard to solve, of course. But it shouldn’t shake our faith in each other — in fact, it should reinforce that faith.

Tucson Police Chief Chris Magnus gave an update at Monday afternoon on the shooting attacks Sunday on the city’s south side, in which one pers…

Tucson Police investigators at the scene where a TPD officer shot a suspect involved in multiple shootings near Campbell Ave. and Duval Vista.…

Cory Saunders, 40, right, with girlfriend Melissa Snyder. Saunders was shot and killed in the shooting spree in a south-side neighborhood Sunday. 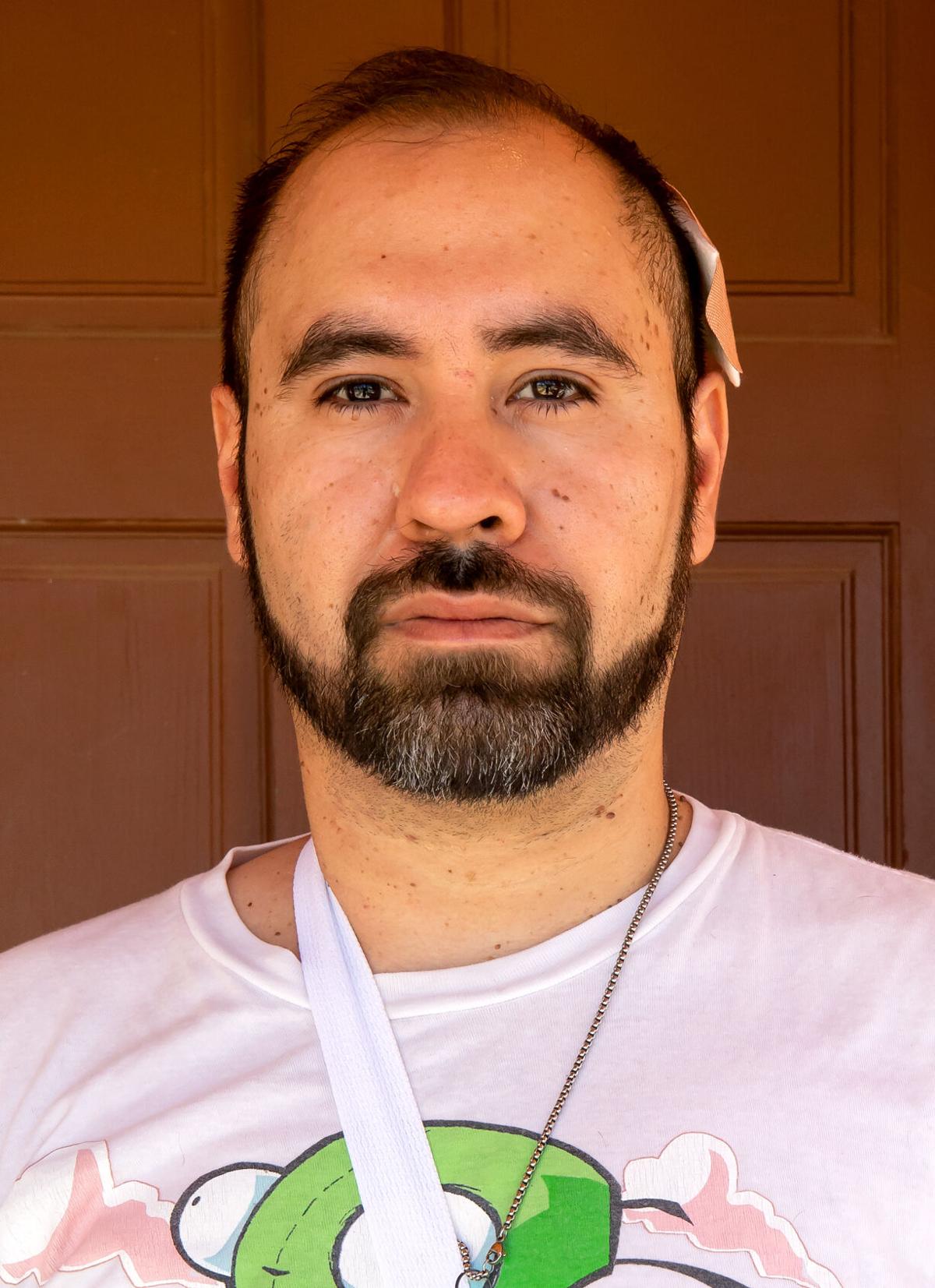 Luis Bravo, a neighbor, was injured by the gunman.