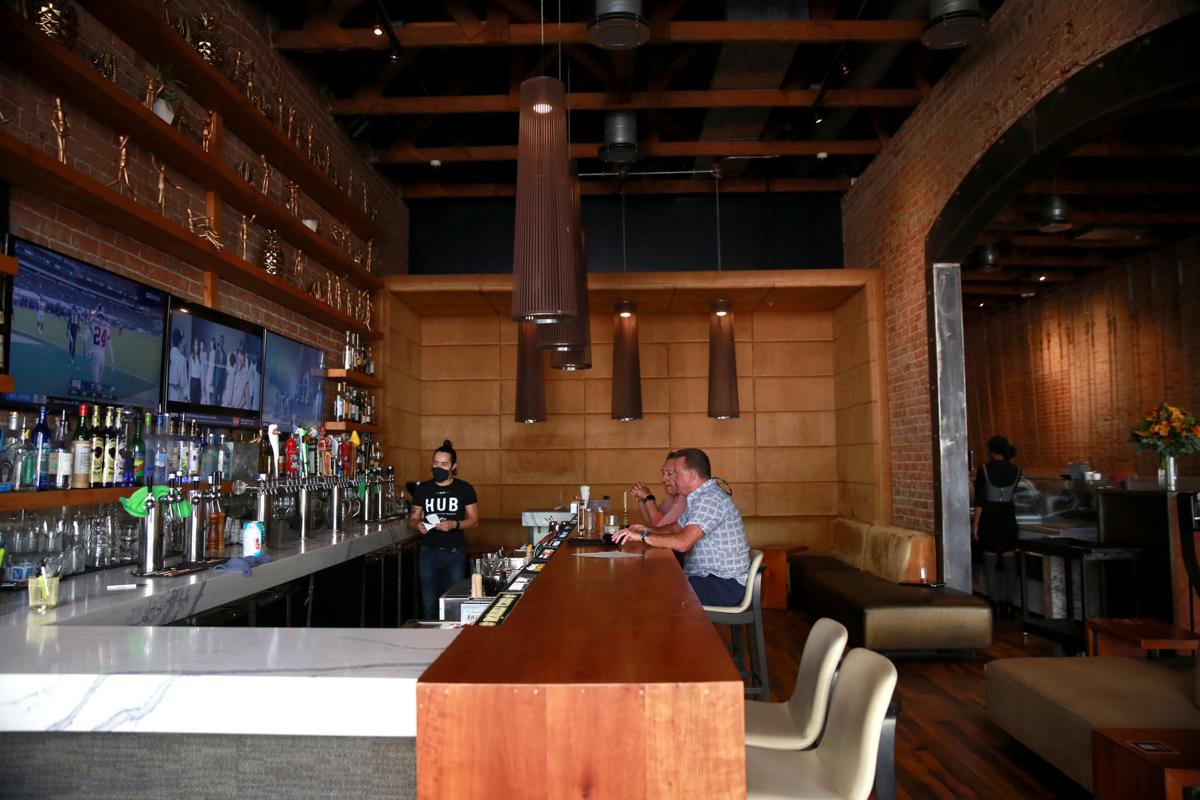 Bar and restaurant owners point out that they have been complying with stringent Pima County requirements. With a curfew now in place, it’s time to pay them for their trouble.

Owners of bars and restaurants are feeling targeted again.

The Tucson City Council approved an emergency anti-COVID 19 measure Tuesday that may not be directly aimed at them, but strikes them that way.

“We feel like we’re being targeted,” said Darel Harrison, owner of the Music Box Lounge, 6951 E. 22nd St. “They didn’t want to call it a bar curfew, but they exempted everything else.”

The curfew that went into effect Friday night, from 10 p.m. to 5 a.m., doesn’t close Tucson bars and restaurants at 10, but if you leave to go home after that time, you’re formally in violation. Harrison said his bar will be closing at 10, which hurts, since the Music Box does most of its business between 9 p.m. and 2 a.m.

It especially hurts because it is among the many bars and restaurants where owners and their staffs have worked to come into compliance with the county’s COVID-19 regulations.

But this is the tough position we’re in. Government officials are facing dilemma on top of dilemma, especially after public-health experts warned recently of impending disaster in Arizona.

Even the most minimal measure recommended by health officials, a curfew, hurts part of the populace that has already suffered disproportionately. But it is the least we can do to avoid overwhelming the hospitals.

The only way to square that circle — to help the people we’re hurting with our minimal measures — is to pay them for the trouble. That’s something we can afford to do now, as a bridge to the next lull in the pandemic, and to the vaccine.

As to the curfew itself, the effect is probably small when compared with the looming problem it’s meant to address.

The University of Arizona’s COVID-19 Modeling Team warned Nov. 27: “No matter what actions are taken, Arizona will experience a hospital crisis in the coming weeks.”

“However, if action is not immediately taken, then it risks a catastrophe on a scale of the worst natural disaster the state has ever experienced. It would be akin to facing a major forest fire without evacuation orders.”

They recommended a statewide shelter-in-place order running from Dec. 1 through Dec. 22, and closing all indoor dining and bars, along with financial relief for those affected.

A group of eight chief medical officers from Arizona hospitals issued a similarly dire warning on Dec. 1, four days after the UA modeling team’s plea. They asked for these measures from Gov. Doug Ducey:

They noted that a recent study of government interventions against the spread of the virus, published in the journal Nature, listed curfews as one of the most effective measures.

In comparison to the stricter recommendations, Tucson’s curfew is minimal. Even some of those making the decisions viewed it as partially symbolic, or as leverage.

City Councilman Steve Kozachik, who was part of the unanimous 6-0 vote in favor of the curfew, explained his vote this way on Friday: “I don’t think this is necessarily a game changer in terms of reducing transmission.

“It really for me was a message to Ducey that you need to take significant steps at a state level. And the next day he rejected that message.”

When I spoke with her Friday, Mayor Regina Romero said the experts’ letters alarmed her, but the curfew idea wasn’t hers.

“It’s not something I thought of. It’s a professional recommendation,” she said. “I see it as a mitigation step that we should try before there’s additional steps that are much more demanding.”

One of those professionals worriedly pushing her to act was Dr. Joe Gerald of the University of Arizona.

He described the curfew as “a beginning point. But by itself it’s not going to be sufficient to achieve the reductions needed.”

The idea, Gerald said, is that people will be prevented from congregating, or at least less likely to gather, at the times when they normally do.

It’s not that the virus doesn’t spread between 5 a.m. and 10 p.m., but people aren’t drinking, carousing and gathering as much during those hours. We lose our inhibitions after a few intoxicants, as the evening turns into night.

“Essential” businesses, as defined by the governor in a March 23 executive order, are exempted from the city’s curfew.

Restaurant and bar owners noted that they have been complying with stringent Pima County requirements.

Rich McKnight, owner of the Canyon’s Crown pub, 6958 E. Tanque Verde Road, spoke against curfews and similar restrictions at a Pima County Board of Supervisors meeting Friday. He called them “pointless, empty measures.”

But he noted his restaurant is following the requirements, which he said are “extraordinarily stringent and they are heavily enforced.”

Ducey disagreed with the Tucson action, but he offered little in the way of alternatives.

Those mitigation steps include capacity restrictions at restaurants and bars, and limits on outdoor events, enhanced by executive order last week.

“I don’t how the mayor intends to enforce the curfew when she won’t enforce the steps that are already in place,” Ducey went on.

But that’s really not the point. We need to get people to stop congregating as soon as possible, however possible. If that means paying bars, restaurants and other gathering spots to stay closed, that’s what we should do.

Congress is who really needs to act — they have the ability to spend exponentially more than state and local governments.

It strikes me this is the way to go, but this isn’t good enough yet. The city is in a financial position to offer more: It has a $50 million rainy-day fund and $48.6 million in unassigned money available now, as well as a a small projected budget surplus for next fiscal year.

The state is sitting on a rainy-day fund of about $975 million. This is about $50 million less than it was in March, when the Legislature gave the governor that much to offer for pandemic relief. The state has used no more of that fund to help in this crisis, as business after business has closed, especially in the hospitality industry.

The state also has $360 million remaining in CARES Act funding.

If bars and restaurants are suffering, and many hospitality-industry employees are barely making it, due to the measures we’re taking, that’s where we need to go for relief — the rainy-day funds and all the other squirreled-away money.

Arizona's rate of COVID-19 spread is now the nation's highest

Arizona's rate of COVID-19 spread was the highest in the nation Thursday, according to a state-by-state metric. And three counties now have substantial transmission of the virus, as defined by Gov. Doug Ducey's benchmarks.

Bar and restaurant owners point out that they have been complying with stringent Pima County requirements. With a curfew now in place, it’s time to pay them for their trouble.