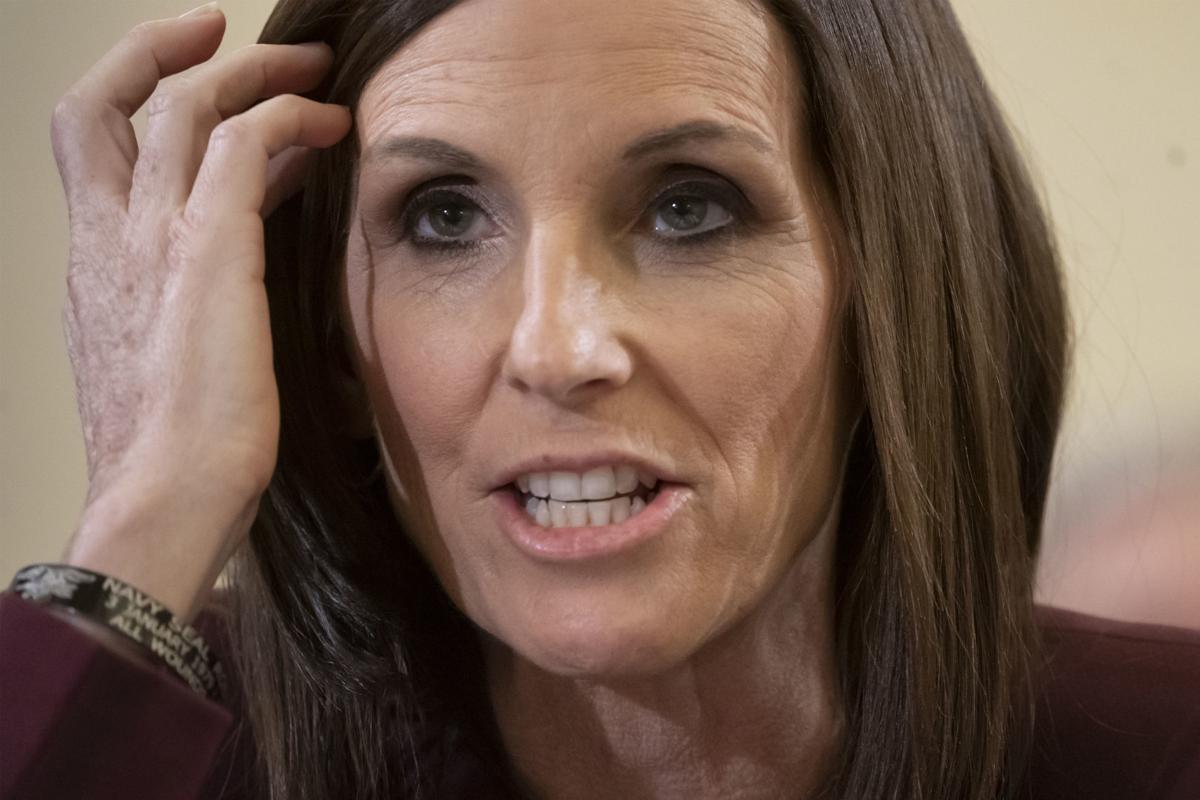 Last week, Sen. Martha McSally publicly concluded that an Army colonel who had made allegations of sexual assault against a general was lying.

We took Sen. Martha McSally at her word.

When she revealed in March she had been raped by an Air Force officer during her military career, most of us seemed to accept it and sympathize.

I know I did — her sincere emotion and her intense desire to change the way the military deals with sexual assault have been compelling. Her determination to make the issue a top public priority has been admirable.

But then a Senate hearing happened last week. McSally publicly concluded that a female Army colonel who had made allegations of sexual assault against a male general was lying.

Now things are confusing: We gave her the benefit of the doubt, we didn’t demand an investigation, but she did not offer the same to a fellow woman in the military alleging she had been sexually assaulted.

McSally, of course, is aware of the possible confusion. She said during the hearing Tuesday, “I didn’t take coming to this conclusion lightly. I knew the message it could send to sexual assault survivors who haven’t seen all the information on the case that I have. To them, I am honored to be a voice for you.”

McSally started down this path toward becoming a voice for sex-crime victims during last year’s primary-election campaign for U.S. Senate. In a Wall Street Journal story published in April 2018, she said she had been sexually abused by a track coach when she was in high school.

The Journal named the coach, whom McSally accused of coercing her into a sexual relationship through emotional manipulation. The Journal reporter contacted the coach, and he described McSally as “nuts,” and “the most scheming woman I’ve ever met.”

The she-said-he-said story landed in Arizona with a thud. Despite the political campaign and the burgeoning #MeToo movement, it didn’t take off in the news media or capture the state’s attention.

That story turned out to be a prelude to the bigger revelation she made after being appointed to the U.S. Senate.

“I am also a military sexual assault survivor,” McSally said during a March 6 hearing. “But unlike so many brave survivors, I didn’t report being sexually assaulted. Like so many women and men, I didn’t trust the system at the time. I blamed myself. I was ashamed and confused. I thought I was strong but felt powerless.”

This revelation launched McSally on her current mission.

She set up a Pentagon task force on the issue, then introduced a bill May 15 that would reform how investigations are conducted and victims are treated, among other things.

But in July, the appointment of Air Force Gen. John Hyten to be vice chair of the Joint Chiefs of Staff sidetracked McSally.

A subordinate of Hyten, Col. Kathryn Spletstoser, alleged Hyten had repeatedly sexually assaulted her in 2017. That set off investigations by the Air Force Office of Special Investigations and the Senate Armed Services Committee.

In July, McSally single-mindedly drilled down into the 1,400-page special-investigation report and supporting evidence, including watching 12 hours of interviews, her staff reported.

“Over the past three weeks, I focused nearly solely on this issue in an effort to find the truth,” she told the committee Tuesday. “The truth is, Gen. Hyten is innocent of these charges. Sexual assault happens in the military — it just didn’t happen in this case. I pray the accuser gets the help she needs and finds the peace she is searching for, but it cannot be by destroying Gen. Hyten with these false allegations.”

Other senators, Democrats and Republicans, agreed with McSally, and his nomination passed the committee by a 20-7 vote. The result could be viewed as a victory for due process, but Spletstoser said she was unfairly denied a chance to testify in public to the committee. She was allowed to testify in closed session.

If the system worked in Spletstoser’s case, as McSally says, maybe it is time to give the system a chance to work in McSally’s case.

McSally has never identified the Air Force officer she accuses of raping her. As a result, the Air Force said it could not investigate her allegation. The whole accusation remains an enigma.

In general, victims of sexual assault have a right to handle their experience as they wish. They can report it to authorities or not. They can talk about it publicly or not.

But McSally has made fighting military sexual assault a top priority in her public office while at the same time making an investigation impossible in her individual case.

That seemed tenable before last week’s hearing, before she said “All sexual assault allegations should be treated seriously and investigated fully.”

Now it no longer does.

Her alleged rapist may not be up for a high appointment, requiring a public evaluation of his behavior and a vote.

But the mystery of his identity, and the question of his guilt or innocence, looms larger now that McSally has engaged in this investigation, now that she’s put her faith in the system, rather than simply giving an alleged victim the benefit of the doubt.

We took Sen. McSally at her word, but now it feels like that’s not enough.

Sen. McSally (R-AZ): "I was preyed upon and then raped by a superior officer." (C-SPAN)

On March 6, 2019, Sen. Martha McSally revealed that she had been raped by a superior officer while serving in the Air Force.

Thank-you...You are 100 percent right. She needs to disclose now. I have doubts and many do about her rape allegation.

Last week, Sen. Martha McSally publicly concluded that an Army colonel who had made allegations of sexual assault against a general was lying.