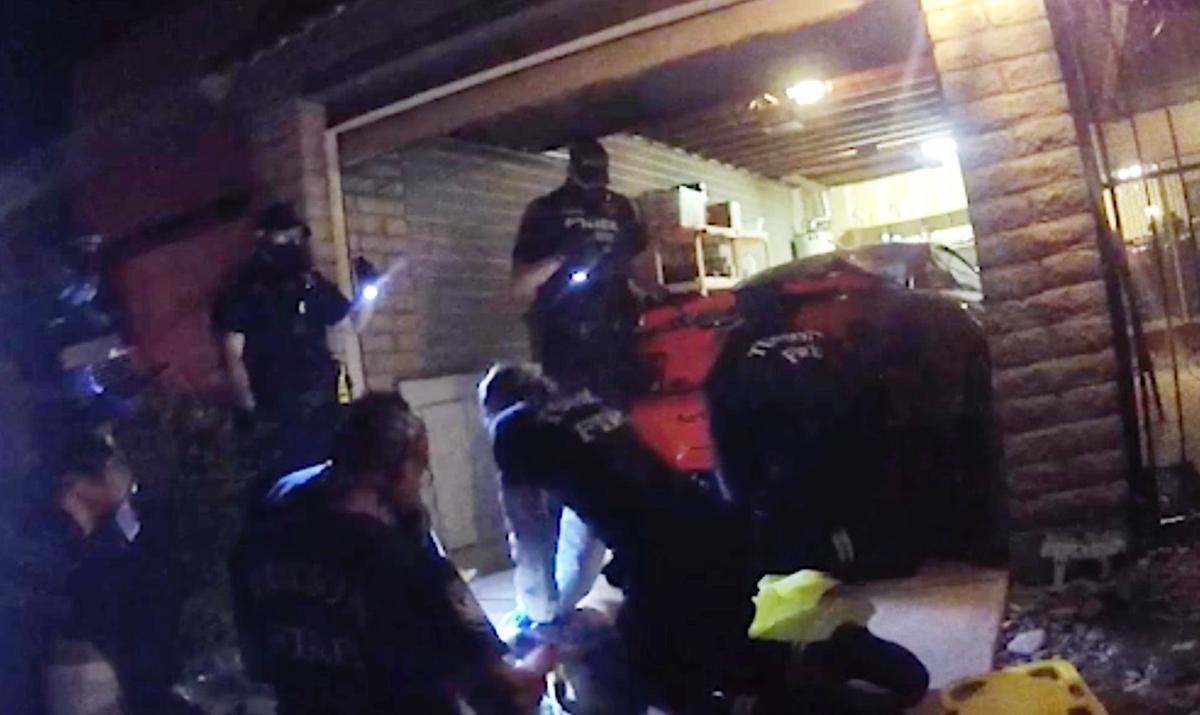 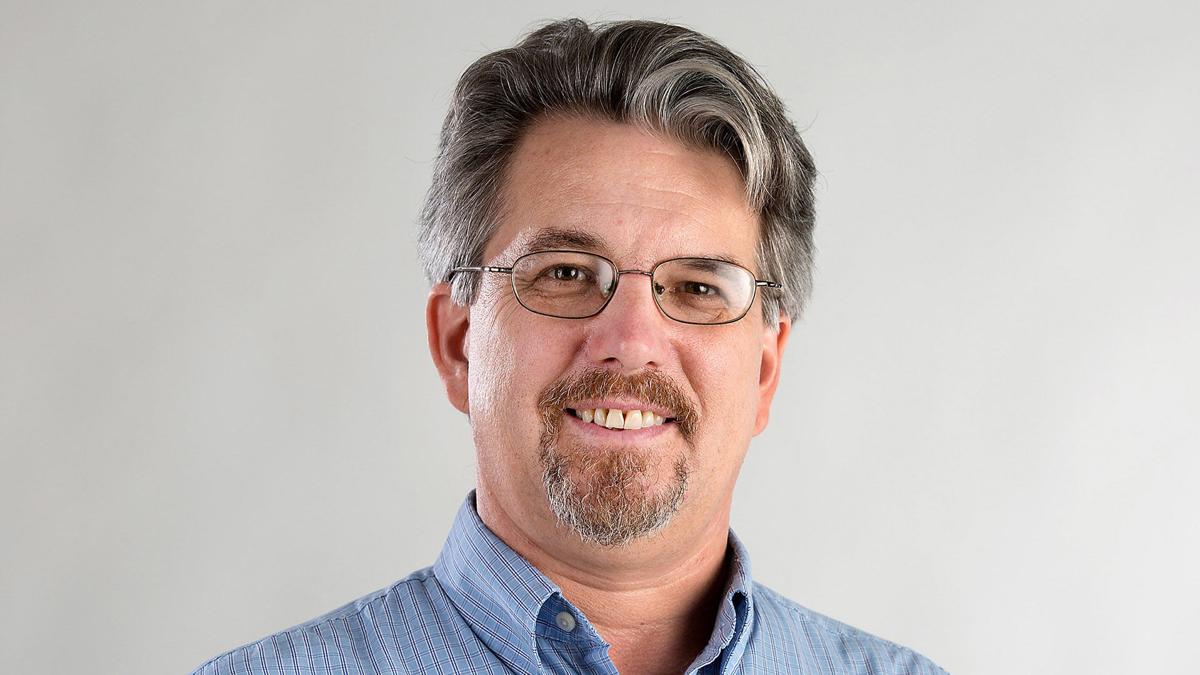 That was the early morning of April 21. And the next day, April 22, a lawyer representing Ingram-Lopez’s family asked Tucson police for reports and other information on the death of the 27-year-old. It wasn’t until after Floyd’s May 25 death, with Minneapolis aflame, that the Tucson Police Department started to hand over information, the attorney, Eduardo Coronado, said. It took until June 15 for Tucson’s city manager and mayor to find out about Ingram-Lopez’s death, and another nine days after that for a family viewing and public disclosure of the disturbing body-cam video.

The delay itself was unacceptable and will no longer be permissible under a proposed new policy. But what happened in the meantime makes me feel deceived and undermines the positive public perception Police Chief Chris Magnus has built since joining the department in January 2016.

On May 31, Magnus penned an op-ed in the Star decrying Floyd’s death.

“Progressive police departments work hard to prevent tragedies like this from happening,” he wrote. “It’s done by taking a comprehensive approach that includes thoughtfully developed policies, a diverse workforce, innovative training, meaningful supervision, community oversight, and a commitment to both accountability and transparency.”

He also extolled the department’s progressive reforms while giving a long presentation to the Tucson City Council on June 9.

It’s hard for me to look at that op-ed and remember that presentation without feeling misled. The whole time, from April 21 to June 23, Tucson police were sitting on their own George Floyd-type incident.

It wasn’t as malicious as how Minneapolis police squeezed the life out of George, but the Tucson police treatment of Ingram-Lopez was callous and may well have contributed to his death — the autopsy cites “physical restraint” as a relevant factor.

The officers even kept Ingram-Lopez lying on his front, putting some weight on his back and legs. He even said he couldn’t breathe.

Magnus has explained to the public and told me again in an interview Friday why he withheld information about Ingram-Lopez’s death. It wasn’t a cover-up, he said, and the timing around the Floyd case was just coincidental. It was simply an investigative process that needed to be completed and was complicated by the interruptions in normal practices caused by the coronavirus, he said.

“We had an active investigation underway, both criminally and administratively, and both of those could be potentially compromised by that kind of release,” he said.

True as far as it goes, but of course investigations happen all the time after word of an incident has been discussed in the news, on social media and on the streets. That’s common. Magnus warned that the trade-off for early disclosure may be that a potential prosecution or termination case could be harmed.

“The public will have to decide if that’s a good trade-off,” he said.

Beyond any possible damage to the investigation, what the video’s release did was damage public perception of the Tucson Police Department and its progressive reforms under Magnus. Members of this department, a pioneer in areas like mental-health response and de-escalation training, still acted like uncaring cops from an indifferent agency.

I attended some de-escalation training sessions at the Tucson Police Department’s academy in 2016, for a column I was writing, and saw how officers are trained to talk down agitated people in mental crisis while still maintaining their own safety. It wasn’t anything like how the officers responded to Ingram-Lopez.

One officer especially, Samuel Routledge, was domineering from the beginning, demanding immediately that Ingram-Lopez “get on the f---ing ground” in the garage. Over and over, Ingram-Lopez, freaking out on cocaine and apparent anxiety, requested water, and the officers wouldn’t give it to him, though he posed no threat.

The personnel report analyzing the responding officers’ performance cited them for, among other things, keeping Ingram-Lopez face down in cuffs, putting weight on him even after he was compliant, putting a mesh spit sleeve on his head while face-down, and for missing the signs the call was turning from one of disorderly conduct to medical distress.

“Even after Mr. Ingram-Lopez complied with commands, they could have stopped and slowed things down, but they did not,” the report says. “Rather than deescalate, they focused on the arrest and missed the significance of the situation.”

Magnus said of the officers’ failure to de-escalate, “This is a reality in all professions, not just policing. You can provide your employees or your personnel with the best policies and training. But you can never guarantee with 100% certainty that every employee is going to follow training.”

I asked Magnus whether the cynicism that comes with dealing with difficult people, day after day, can override officers’ training.

“I think it’s possible that a degree of callousness can creep into how people react to situations like this over time,” he said.

But he went on, “I have seen my officers in action over a five-year period. I’ve been very, very impressed with the degree of humanity even the most seasoned officers bring to all kinds of calls that require an amazing amount of patience, and that involve dealing with a lot of really difficult people.”

No need for resignation

It was the seeming indifference that struck Coronado, the family’s attorney, though he doesn’t know yet what that means legally.

“They were there to arrest him, and that never changed. That was priority No. 1 when they got there, and it remained priority No. 1. When he showed signs of distress, that should have become priority No. 2.”

Coronado has accepted Magnus’ explanation so far, and the family rejected the idea that Magnus’ offered resignation should be accepted. But he also reserved judgment.

“Right now, the chief’s explanation is more on the side of the bureaucratic delay that was necessary. I don’t have enough information for me to be able to say it was a cover-up. I’m going to take that at face value. If something new comes up, I will change my mind.”

Magnus told me the offer to resign “was a highly personal decision” that he didn’t share with city leaders in advance.

“I think it’s a demonstration of personal responsibility to offer a resignation,” he said.

“If they had decided to accept it and decided to move forward with that, I would have been alright with that.”

Of course, City Manager Michael Ortega, Mayor Regina Romero and the council decided not to accept his offer.

That’s OK — the police chief serves at their pleasure anyway.

Now there’s time to learn the details of how the police department handled the death of Ingram-Lopez and consider the questions of delay and deception. And we can chart a way forward that ensures deaths like his aren’t just the exception, but don’t happen at all.

Tim Steller is the Star’s metro columnist. A 20-plus-year veteran of reporting and editing, he digs into issues and stories that matter in the Tucson area, reports the results and tells you his opinion on it all.

A woman was fatally shot at Rodeo Park on Tucson's south side Sunday night, officials said.

The new policy approved Tuesday by the City Council comes days after details of the in-custody death of Carlos Ingram-Lopez were withheld from the public for more than two months.

Damien Alvarado, 29, was in a long fight with several Tucson police officers after a hit-and-run crash in March. With his hands and legs restrained, Alvarado complained repeatedly that he could not breathe before he died.

OPINION: TPD has nothing to hide and just released records on in-custody deaths going back 10 years, writes Chief Chris Magnus.

An elderly man called Tucson police to report a stranger in his back yard, talking to himself and turning over the furniture.

The notice seeks $10 million from the city and $3 million from each of three former Tucson Police Department officers who, according to TPD's chief, violated several arrest-related policies during the incident.

Sentinel Event Review Board said there were "system failures" that led to the deaths of two men earlier this year.