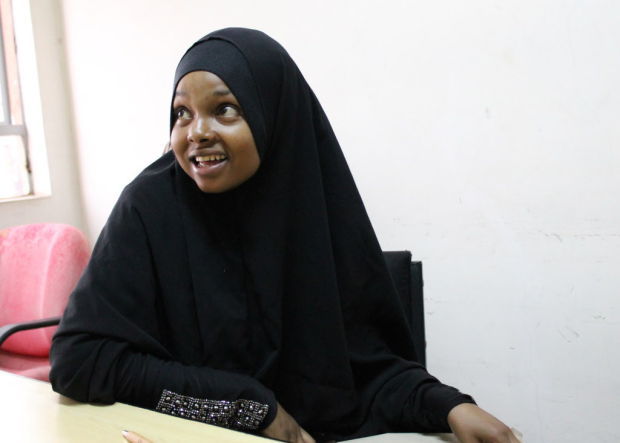 Khadija Mahamed Aweys, 18, talks about her family’s situation living in Nairobi as Somali refugees inside the offices of the Refugee Consortium of Kenya. She is the first one in her family to finish high school, but might not be able to continue with her education because of lack of resources. Somali refugees living in the city are increasingly being targeted by the Kenyan government amid security concerns after a string of terrorist attacks. Photo by Perla Trevizo / Arizona Daily Star 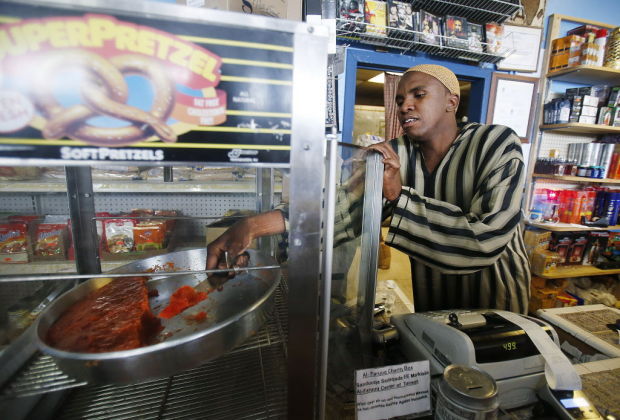 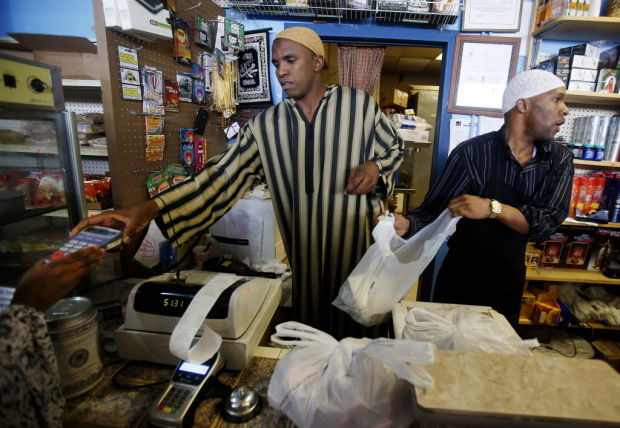 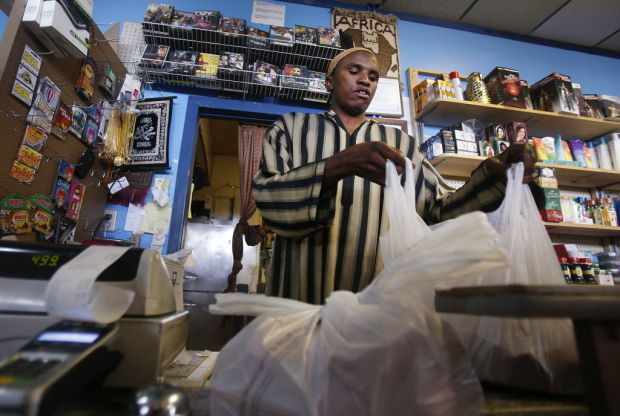 Editor’s note: Perla Trevizo reported this story as part of an exchange program to Kenya administered by the International Center for Journalists.

Abdirahman Chirango recently returned to Kenya for the first time in nearly a decade. He does not see himself visiting again any time soon.

During the month he was in Kenya, there was an explosion in the predominantly Somali neighborhood were he was staying in Nairobi; he was stopped from visiting the refugee camp he called home for 11 years because a car bomb exploded a few days before his planned trip; and he was harassed by police on his way to the airport.

“Now in Kenya you can’t tell who is bad and who is good. I was always on guard,” said the 29-year-old business co-owner and political science student at the University of Arizona.

Chirango arrived in Tucson in 2005 after spending 13 years as a refugee in Kenya. He was born in neighboring Somalia, but had to flee when he was 6 years old after his village was raided. His mother was shot dead in front of him and his siblings because she refused to let militiamen rape her.

While in Kenya earlier this year, Chirango said he was afraid of being framed as an extremist or getting caught in the middle of a police raid and sent back to Somalia, even though he is now a U.S. citizen.

“The Kenyan government is not looking at IDs anymore,” he said. “If you are Somali you are coming along.”

Anti-terrorism operations in major cities have rounded up thousands of refugees, immigrants and Kenyan citizens of Somali descent. They are part of the government’s response to a string of attacks, including a deadly bombing in Eastleigh, Nairobi’s main Somali district, and a church shooting in the coastal city of Mombasa.

Kenya is the top refugee-hosting country in Africa and home to the world’s largest refugee camp, Dadaab. But the threat of international terrorism has shifted attitudes and policies towards refugees there, especially Somalis.

The country’s decision to deploy troops in Somalia in 2011 triggered retaliatory attacks by Al-Shabaab, who claimed responsibility for the Westgate Mall attack in September where at least 67 people died.

The United Nations High Commissioner on Refugees issued a statement on April 17 saying it “fully recognizes the national security imperatives Kenya faces in the wake of recent devastating terrorists attacks.” But it added, “The vast majority of Somali refugees and asylum-seekers in Kenya are and have been law-abiding members of their communities.” The group is aware of at least one refugee deported to Somalia.

The Kenyan government also re-issued an order that refugees in the cities move to already overcrowded camps. According to local news reports and area non-profits, hundreds have already been relocated.

As many as 100,000 refugees are estimated to live in Nairobi, out of which only about half are registered with the United Nations. Of those, nearly 60 percent are Somali.

Somalis have been fleeing their country for more than 20 years, with more than 1 million of them estimated to live outside their country. They are one of the largest groups of refugees resettled in the United States — more than 70,000 arrived in the last decade.

Arizona has been among the top recipient states for most of that time. From 2000 to 2012, more than 3,000 Somalis were resettled in the state.

The asylum space in Kenya is shrinking day by day, especially after the Westgate Mall attack, said Dennis Likule, a legal officer with the Refugee Consortium of Kenya, during an interview in his office in Nairobi. The nonprofit consortium advocates for refugee protection.

“When you have an incident happen like a grenade attack somewhere or something related to terrorism,” he said, “the police first look to the Somali population in Eastleigh, then it trickles out of Nairobi to other small towns that probably host Somali refugees or asylum seekers.”

Life as a refugee

In 2012 the Kenyan government ordered all refugees to relocate to one of the two overcrowded camps, including Dadaab, near the Somali border, but implementation was stopped by the country’s high court.

At about half a million people, Dadaab is only slightly smaller than Tucson. It opened in 1991 to receive Somali refugees, but it has been riddled by violence almost since its inception, including cases of sexual assaults and kidnappings.

When Chirango lived there, he said food rations were cut as the population skyrocketed. Sometimes the only food his family had to eat was the maize he would pick up from the floor, he said.

And violence was rampant. He said he once saw a woman being tortured and raped while militiamen cut off her husband’s hand and shot him in the leg.

She was in the offices of the Refugee Consortium of Kenya in February, trying to find financial aid for her and her siblings to continue their education.

“I want to continue going to school but I don’t have the money,” she said as her eyes swelled with tears. She is the first in her family to finish high school and wants to become an accountant.

The family of 11, including eight girls and one boy, lives in Eastleigh and wonders what they would do if the government forced them to leave.

“Where would we go?” asked her mother, Asli Abdirahman, 50. “My girls will get raped.”

Mahamed Aweys said Somalis in Eastleigh are frequently harassed and extorted by the police.

“They are saying, ‘Why are you here? You are supposed to be at the camp,’” Mahamed Aweys said.

Just a day earlier, a local officer demanded about $60 from her brother, even after he showed his refugee identification card.

The only real solution for Somalis is to be able to return home, said Kathleen Newland of the D.C.-based Migration Policy Institute.

“Until that happens, it’s going to remain a very difficult and protracted situation,” she said.

But the likelihood of that happening is slim.

In Dadaab, where a third generation of refugees is now being born in the camps, the opportunity — and desire — to go back to a country unknown to them and their children seems remote, the Refugee Consortium of Kenya wrote in a report about asylum.

Many consider Kenya their home and don’t feel Somalia is safe for them to return.

“Just replaying in my mind how my mom died, those pictures are still there, like it was yesterday,” said Chirango, now co-owner of Tork’s Cafe and Grocery, 3502 E. Grant Road. “I don’t have the heart to go to Somalia.”

Despite the difficulties in Kenya, it has a special place in his heart, he said, because it’s the place where he became a man and learned not only survival skills, but also life skills.

Whether they’re in Tucson or Kenya or elsewhere, many Somalis feel the same way.

“We have been educated here, this is our home,” Mahamed Aweys said. “Home is where you were raised.”

Due to relative political stability, Kenya has provided safe haven to hundreds of thousands of refugees escaping violent conflicts.

Khadija Mahamed Aweys, 18, talks about her family’s situation living in Nairobi as Somali refugees inside the offices of the Refugee Consortium of Kenya. She is the first one in her family to finish high school, but might not be able to continue with her education because of lack of resources. Somali refugees living in the city are increasingly being targeted by the Kenyan government amid security concerns after a string of terrorist attacks. Photo by Perla Trevizo / Arizona Daily Star