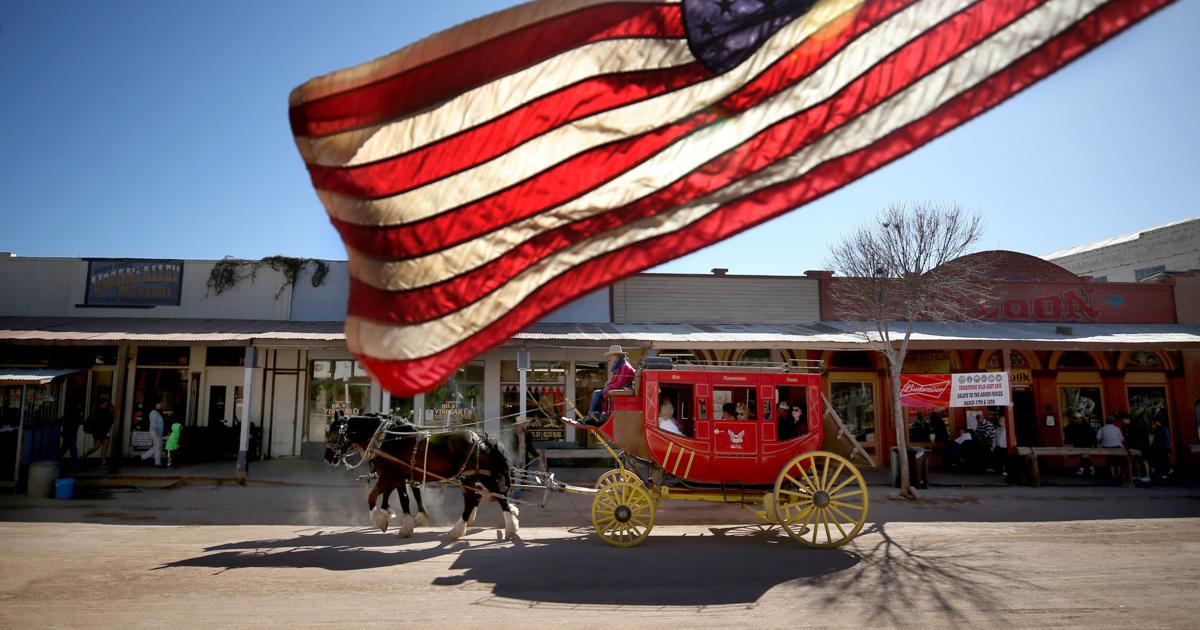 Tombstone has been trading on its Wild West history for so long that some of its tourist trappings are old enough for preservation. 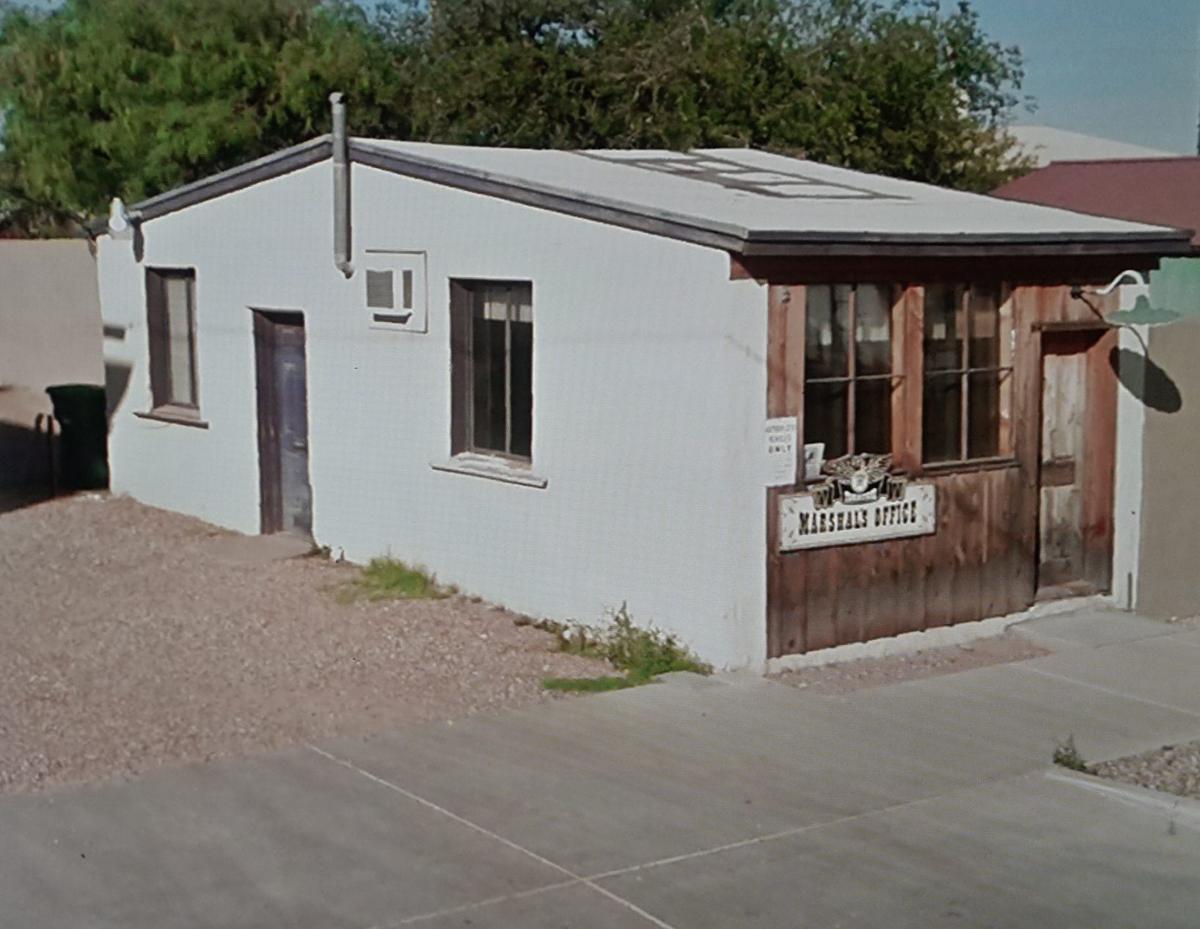 Gary McLeeland said Tombstone officials made “a historic mistake” when they tore down a narrow, one-story corral that was put up in the 1950s as part of a campaign to make it a tourist attraction. 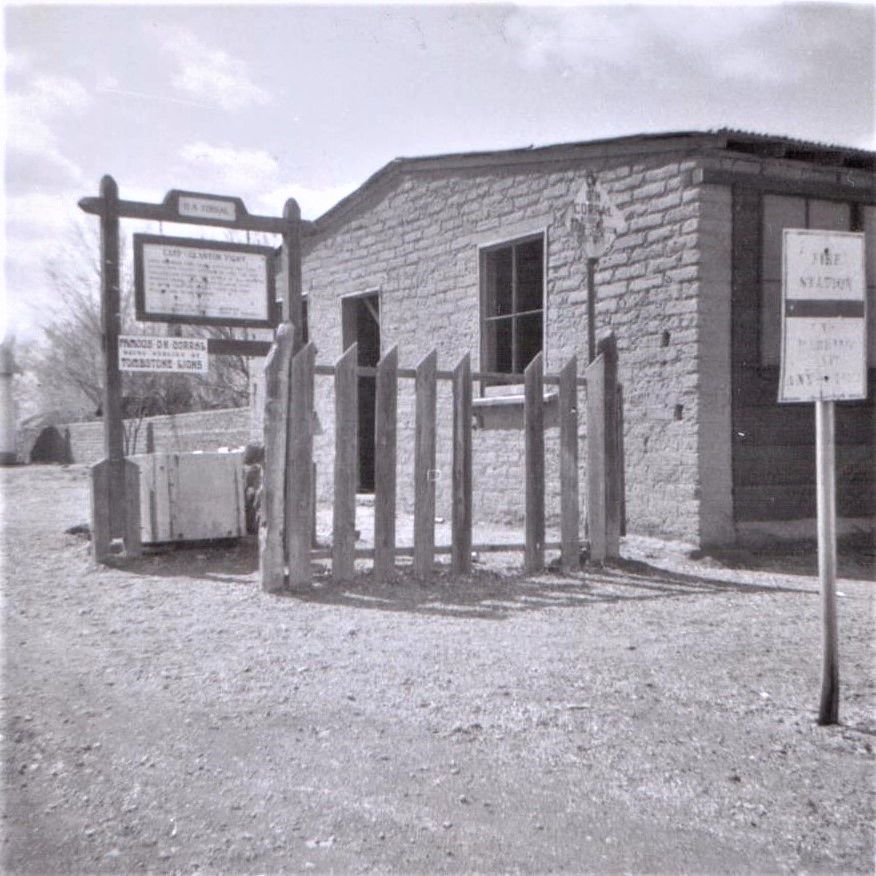 An undated photo shows the replica building not long after it was built in the 1950s near the O.K. Corral in Tombstone.

Tombstone has been trading on its Wild West history for so long that even some of its tourist trappings are old enough for historic preservation.

At least that’s the argument being made by a handful of history buffs who are angry at the small Cochise County city for demolishing one such replica of the past near the O.K Corral last year.

Gary McLelland said city officials made “a historic mistake” when they tore down a narrow, one-story building that was put up in the late 1950s as part of a campaign by the Tombstone Lions Club to rebuild the corral as a tourist attraction.

He said the structure on the city’s main drag was built in the same style and on the exact site of a butcher shop connected to the famed Oct. 26, 1881, shootout.

“It’s a travesty. Without a doubt, it was a historic building,” said McLelland, who used to live in Tombstone and now researches the city’s history from his home in New Jersey.

But Don Taylor, Tombstone’s official city historian, said McLelland has his facts wrong and ought to “mind his own business.”

The city historian said the building had been used for years as an office for the city marshal. It was demolished as part of the recent renovation of Tombstone’s historic City Hall next door.

Taylor said the city building inspector who oversaw the project checked into the history of the structure before removing it. “He’s not stupid. He wouldn’t have torn it down if it was historic,” Taylor said. “He’s very protective of our history.”

Though the building was demolished last year, McLelland said he found out about it in early June, after he posted a video on Facebook about what he called the old Bauer meat market.

That’s when a commenter informed him that the structure was gone.

“I’m not looking to wring anybody’s neck. I just want to find out what happened and make sure it doesn’t happen again,” he said.

To that end, McLelland and at least one other person have reported the building’s demolition to Arizona’s State Historic Preservation Office.

Kathryn Leonard, who heads up that office, said she wasn’t familiar with the structure in question, but if it was built in the late 1950s it would not be listed on the National Register of Historic Places.

The state historic preservation officer said the “period of significance” for Tombstone’s historic district generally covers buildings from 1877 through 1929.

Both Leonard and Taylor said historic preservation in Tombstone can be tricky because the community has been using the past as its main tourist draw and primary economic engine for decades.

As a result, Taylor said, the city is a “mishmash” of buildings that actually date back to the Wild West days and ones that were built later to look as if they do.

In a few cases, register-listed structures have been added onto or decorated to make them look more authentically Western, he said.

A number of the those replicas are now more than 50 years old themselves, including the rebuilt O.K. Corral, which Taylor said only includes three adobe walls from the original structure.

But just because something has been there for a half-century doesn’t mean it automatically deserves preservation, he said. “We have enough trouble protecting the historically significant buildings we have.”

Leonard said Tombstone’s aggressive efforts to market itself as an Old West destination at the dawn of post-World War II auto tourism might rank someday as a secondary period of historic significance.

In that case, some of the city’s replica buildings could qualify for national register listing.

“We’ve batted that idea back and forth,” she said. “It’s very post-modern. It’s meta-history.”

In the meantime, Leonard said her office would be looking into the complaints from McLelland and others about the structure torn down last year.

Ultimately, she said, preservationists need to do their homework carefully when it comes to Tombstone.

History is everywhere in the so-called “Town Too Tough to Die,” and some of it is fake.

Tombstone Courthouse State Historic Park will celebrate its 60th anniversary with a day of activities, exhibits and entertainment Aug. 3.

The free event is slated to last from 9 a.m. to 8 p.m. at the park about 75 miles southeast of Tucson.

Tombstone was the county seat of Cochise County when it was created in 1881. The courthouse operated as a county facility until 1931 and opened as a state park on Aug. 1, 1959.

“Tombstone’s story is told in this historic courthouse, and we’re proud to be able to celebrate its 60th anniversary as a state park,” said Bob Broscheid, executive director of Arizona State Parks and Trails.

The historic highway was the predecessor to Interstate 10.

It now costs three bucks to walk among Boothill’s graves

Film to look at OK Corral gunfight from viewpoints besides Earps'

“Tombstone Rashomon" auditioned actors Saturday at the University of Arizona.

Steller: The shooting of one actor by another in Tombstone Sunday taught an unintentional history lesson.

Tombstone has been trading on its Wild West history for so long that some of its tourist trappings are old enough for preservation.

Gary McLeeland said Tombstone officials made “a historic mistake” when they tore down a narrow, one-story corral that was put up in the 1950s as part of a campaign to make it a tourist attraction.

An undated photo shows the replica building not long after it was built in the 1950s near the O.K. Corral in Tombstone.