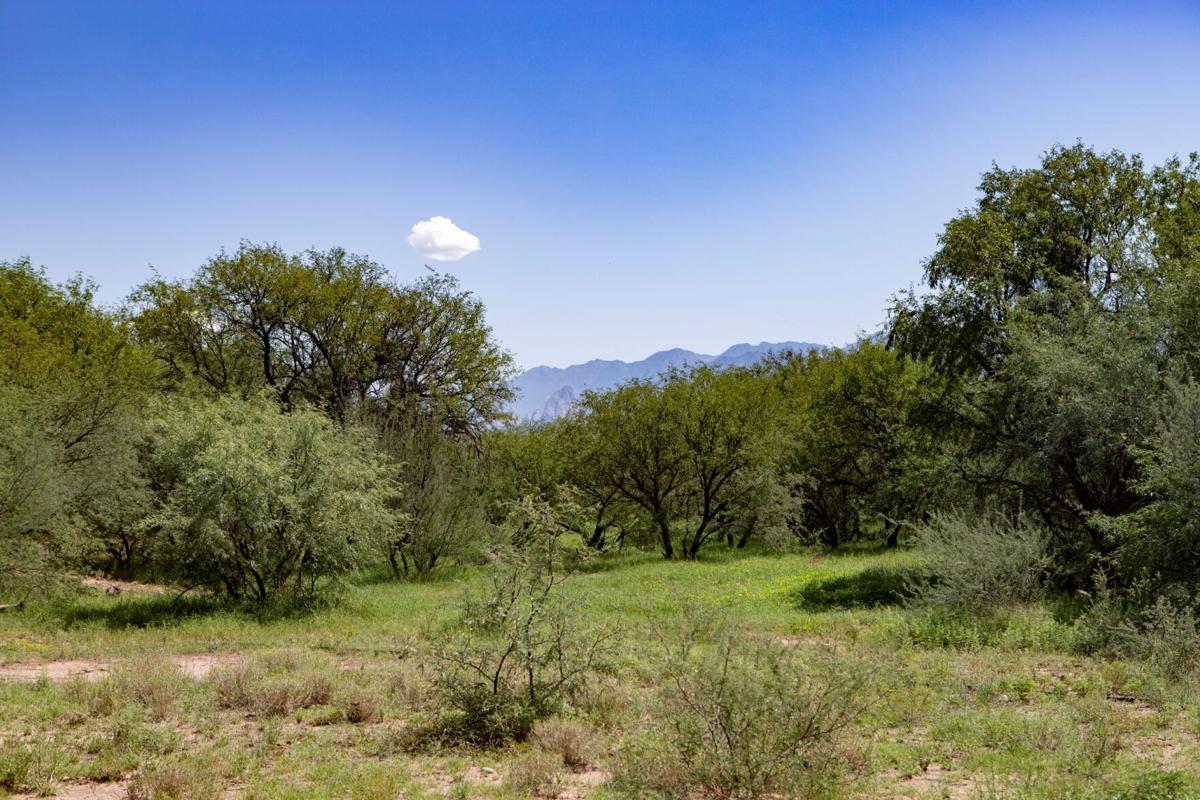 The property in Amado purchased by the Arizona Land and Water Trust includes more than 300 acres of irrigated farmland. 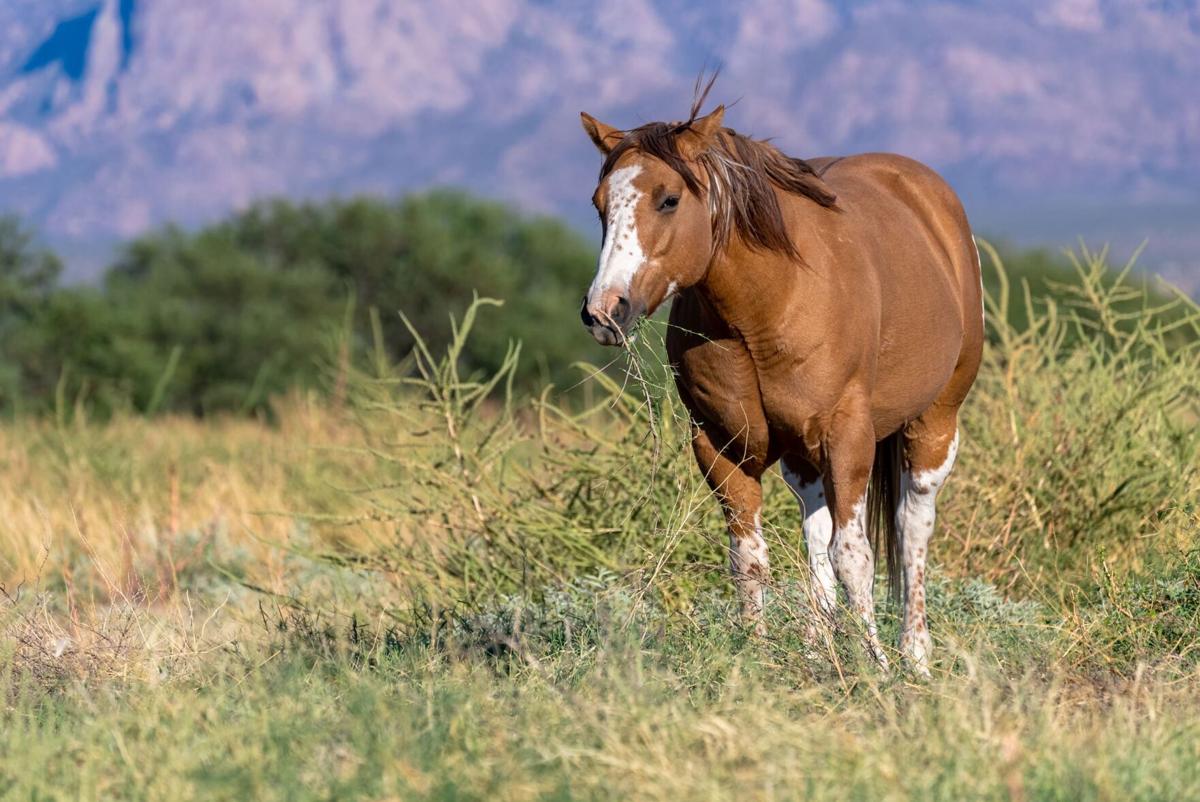 A horse grazes on the Sopori Creek and Farm in Amado. A portion of the farm was recently purchased by the Arizona Land and Water Trust, a nonprofit that wants to preserve it for its ecological and agricultural values. 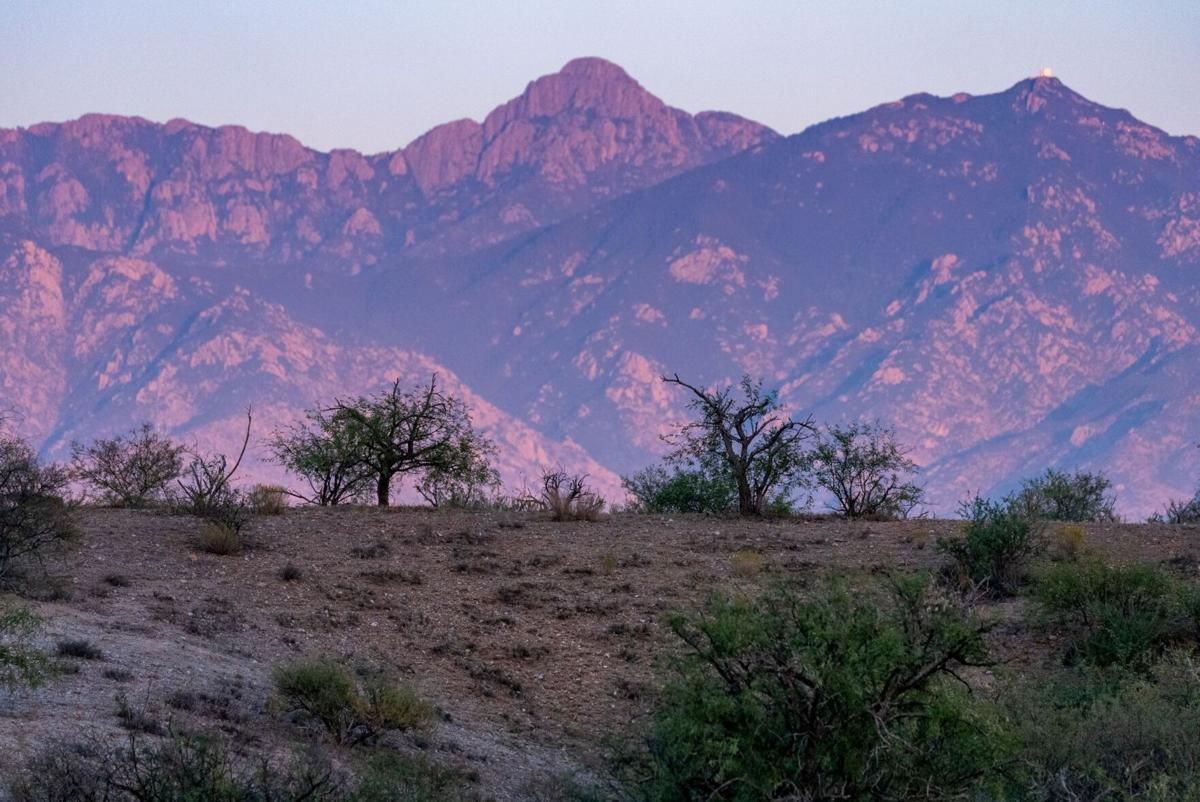 The Arizona Land and Water Trust has until October 2024 to raise another $5 million and buy the rest of the Sopori Creek and Farm in Amado. 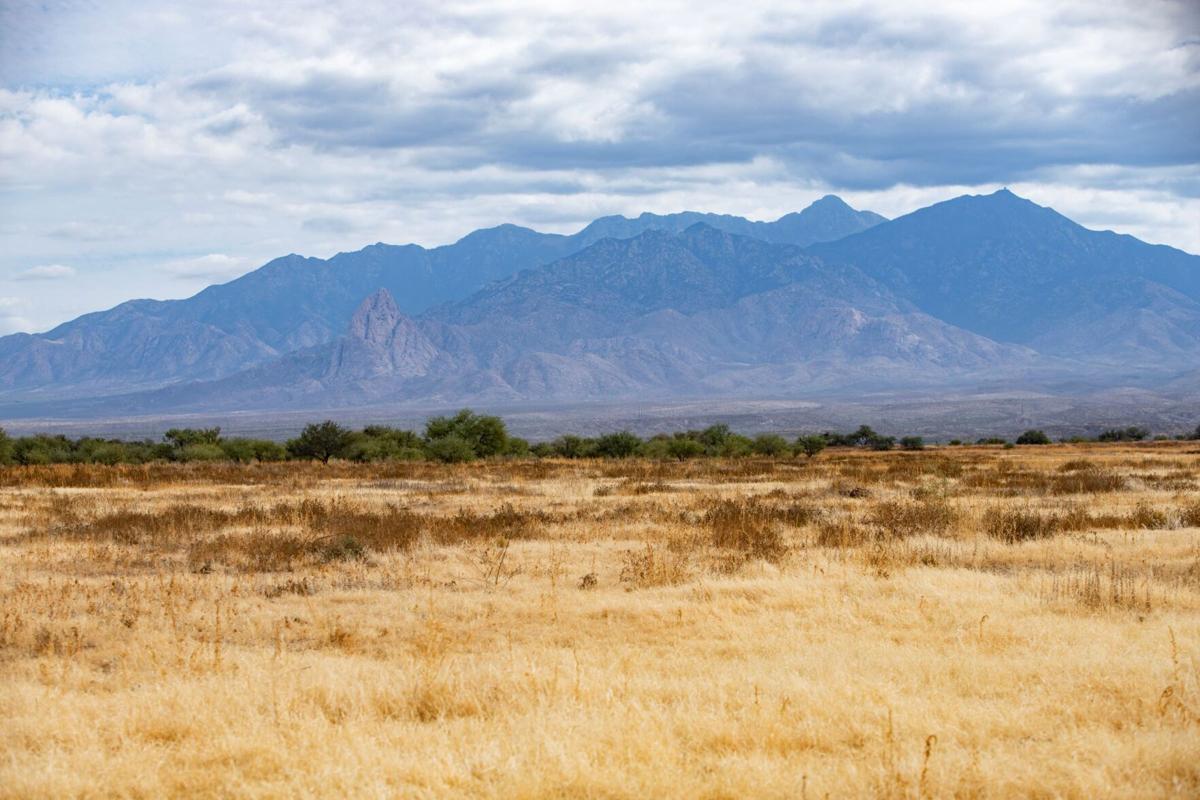 Before the housing crash in 2008, a 6,800-home development with a resort and a golf course was planned for the Sopori Farm and nearby ranch 40 miles south of Tucson.

A historic, creek-side farm once targeted for residential development will be preserved instead as an agricultural and ecological oasis 40 miles south of Tucson.

The nonprofit Arizona Land and Water Trust has purchased the first 371 acres of the Sopori Creek and Farm in Amado, with an agreement in place to buy the rest of the 1,310-acre spread over the next three years.

The property, just inside Santa Cruz County west of Interstate 19, includes more than a mile of the ephemeral creek where it empties into the Santa Cruz River. It also comes with roughly 300 acres of irrigated farmland and enough groundwater rights to sustain it.

The trust hopes to see the land used for everything from a grass bank for local ranchers to a pastoral proving ground, where farmers can practice or pioneer sustainable growing techniques for arid climates — all while preserving an important wildlife corridor and riparian area.

The farm is said to be part of one of the oldest continuously occupied areas in the United States. Farming and ranching there dates to Spanish explorer Juan Bautista de Anza, who grazed livestock on the land during his time at the Tubac presidio, south of Tucson, in the latter half of the 18th century.

From 1950 to 1993, the ranch straddling the line between Pima and Santa Cruz counties was owned by Hollywood movie mogul Jack Warner and his family.

In 2004, a developer bought the property with designs on turning it into a master-planned community.

“Their plan was to build hundreds of homes, a golf course and a resort,” Petterson said. “Then basically the bottom dropped out of the (housing) market.”

Voters in Santa Cruz County dealt a death blow to the project in November 2008, when they resoundingly defeated a comprehensive-plan amendment for the 6,800-home development.

A month later, Pima County paid the developer $18.6 million for 4,135 acres of the old ranch, along with 10,000 acres of state grazing and agricultural leases, as part of the county’s open-space program.

The trust bought its own 2,550-acre swath of Sopori Ranch from the same developer in 2018 for an undisclosed sum. That land in Santa Cruz County also lies along Sopori Creek, about a mile west of the trust’s most recent acquisition.

In keeping with the nonprofit’s mission statement, the property is still being used for ranching. The trust is dedicated to protecting what it calls the “vanishing western landscapes” of Southern Arizona, namely its farms, ranches, wildlife habitat and the water that sustains them.

The group has helped preserve more than 50,000 acres since 1987 through purchases, donations and the designation of conservation easements.

According to the organization’s website, the Sopori Farm property includes a mesquite bosque and potential habitat for 33 wildlife species, including the threatened yellow-billed cuckoo and the endangered ocelot, lesser long-nosed bat and jaguar. Some 67 plant species are found there, including the endangered Pima pineapple cactus.

Securing the land also could lead to restoration work aimed at controlling the occasional flow in Sopori Creek to sustain more wildlife habitat and prevent flooding in Amado, Petterson said.

The trust closed on the first 371 acres May 14, using some of the $2.96 million the group has raised so far. Petterson said they have until October 2024 to come up with another $5 million to buy the rest of the land.

She hopes to see the trust get started on some of what it has planned for the farm before the entire property has been acquired.

“I don’t think we have to wait until then,” she said.

The “agricultural apprenticeship program” envisioned by the trust would provide young farmers with affordable land on which to learn their trade and test out new arid-land crops and farming practices.

“The trust highly values the idea of food security and locally grown foods,” Petterson said, “with a heavy emphasis on low-water-use crops.”

Her organization will not run the test farm itself, but she said they are in talks with some people who might, including the University of Arizona Cooperative Extension, the Friends of the Santa Cruz River and some local farmers, ranchers and conservationists.

“We definitely want this to be a property that gives back to the community and is embraced by the community,” Petterson said.

For more on Sopori Creek and Farm and fundraising efforts to preserve the rest of it, go to https://sopori.alwt.org/.

Some 73,000 gallons of water has been hauled this year to about 60 active catchments across southeast Arizona.

Only 68 of the very colorful birds were found in three weeks of surveys in five Sky Island mountain ranges in May -- compared to 201 found in May 2020.

The property in Amado purchased by the Arizona Land and Water Trust includes more than 300 acres of irrigated farmland.

A horse grazes on the Sopori Creek and Farm in Amado. A portion of the farm was recently purchased by the Arizona Land and Water Trust, a nonprofit that wants to preserve it for its ecological and agricultural values.

The Arizona Land and Water Trust has until October 2024 to raise another $5 million and buy the rest of the Sopori Creek and Farm in Amado.

Before the housing crash in 2008, a 6,800-home development with a resort and a golf course was planned for the Sopori Farm and nearby ranch 40 miles south of Tucson.