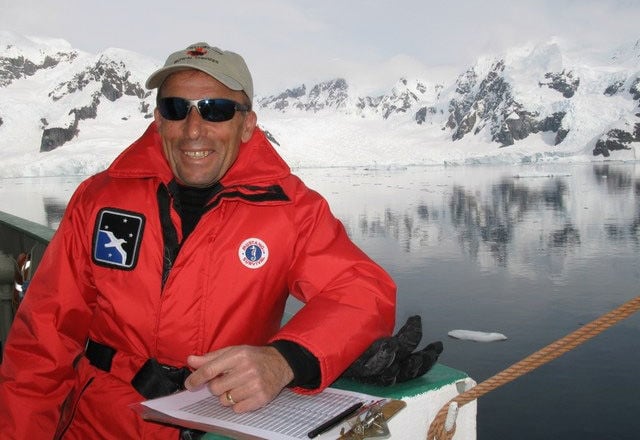 Dr. Joseph Rizza said his 27 years as a ship’s doctor have led him to the North Pole, New Guinea, Antarctica and through “the fabled Northwest Passage on a Russian Icebreaker.” 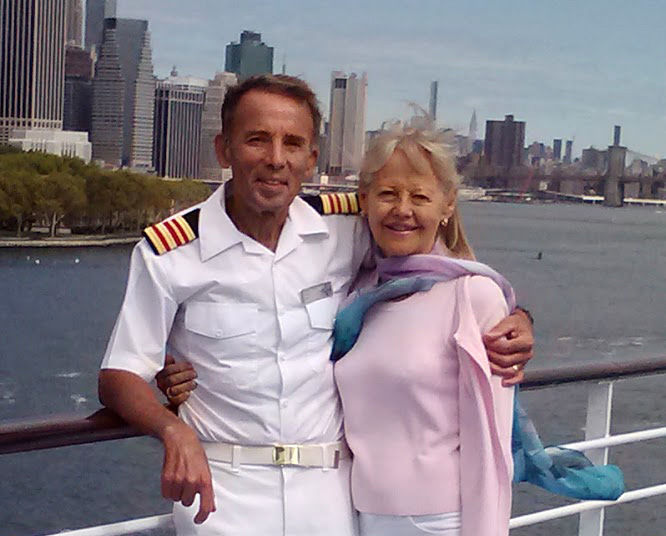 Though Dr. Jopeph Rizza has been doing cruise ship work for decades, his wife, Guje Olofsson, said it’s rare for the two of them to be separated for weeks on end.

The Tucson-area cruise ship physician is safe on board a massive, well-stocked vessel equipped with all sorts of high-tech navigational equipment.

The Celebrity Solstice is roughly one-fifth of a mile long from stem to stern, with 19 decks and room for about 4,000 people. It’s basically a floating luxury hotel built to cross oceans at about 28 mph.

At the moment, though, the Solstice and its pared-down crew of about 450 can’t seem to find a place to dock.

A few ships still have passengers on board, but the vast majority of the people stuck at sea are crew members, as cruise operators slowly unfurl an unprecedented global repatriation effort.

As of last week, some 93,000 crew members remained aboard 114 cruise ships in or near U.S. ports and waters, according to the U.S. Coast Guard. Thousands more are still on the job on dozens of other passenger ships elsewhere around the globe.

Rizza joined the Solstice crew in New Zealand on March 15 as an emergency, mid-cruise replacement, after one of the ship’s doctors abruptly resigned.

What was supposed to be a five-day assignment for the 72-year-old doctor is about to enter its fifth week, with no end in sight.

“He’s nowhere. He doesn’t know what to do,” said Rizza’s wife, Guje Olofsson, in a phone interview from the couple’s home in SaddleBrooke. “What I worry about is when on Earth am I going to see him and how is he going to get home.”

In an email exchange with the Star this week, Rizza said everyone on board the Solstice is “very healthy,” with no signs of infection. The doctor and his staff take the temperature of every crew member twice daily, but Rizza doesn’t expect to see any COVID-19 cases crop up.

He said the entire ship has basically been in self-quarantine since March 20, when it docked in Sydney and let off all of its roughly 2,300 passengers.

Australian authorities then ordered the Solstice and other cruise ships to leave the port.

The move came after another ship, the Ruby Princess, let off about 2,700 passengers in Sydney on March 19 and unwittingly set off the country’s largest wave of coronavirus infections to date. According to the Washington Post, more than 600 cases of COVID-19 and 15 deaths have since been linked to the Ruby Princess.

Though Rizza insists the medical center on his ship never saw any passengers that wound up testing positive for coronavirus, Australian health officials also have identified 11 cases of the virus linked to the Solstice, including a 70-year-old man who died from COVID-19 at a hospital in suburban Perth after returning home from the cruise.

Rizza and company would spend the next two weeks floating off the coast of Australia.

When the time came to refuel and stock up on provisions, no one from the Solstice was allowed to be on deck — let alone leave the ship — during the resupply operation.

Authorities wouldn’t even let the ship dock long enough to transfer about 650 of its crew members to two other ships that would transport them home to the Philippines, India, Indonesia and China. Rizza said the crew transfer had to be done with tender boats operating in choppy water.

The ship is now on its way to Singapore, though it’s unclear whether it will be allowed to enter the harbor or let anyone off. Rizza said it might wind up being just another reprovisioning stop on the way to who knows where.

Royal Caribbean Cruises Ltd., which owns the Solstice, declined to provide any specifics about its plans for the ship and its crew.

“We have been repatriating our crew colleagues through a combination of commercial flights, charter flights and drop-offs in ports,” company officials said in a written statement Friday. “We are doing our best to do right by our colleagues during this difficult time. We’re working to protect their health and get them home.”

Royal Caribbean announced a worldwide suspension of cruise operations on March 14, though trips already underway were allowed to continue as scheduled.

Rizza knew there could be trouble back in March when he agreed to join the Solstice with about 24 hours notice, but he didn’t want to leave the passengers and crew without a doctor.

Olofsson said she and Rizza’s son didn’t want him to go, but they couldn’t talk him out of it.

“He feels like it’s his calling to help in situations like this. That didn’t get him very far this time,” she said with a laugh.

Olofsson hasn’t seen her husband’s face since he left Tucson on March 12, though they do exchange emails a few times a day.

“He calls occasionally, but we can’t Skype or anything,” she said.

Though Rizza’s been doing this kind of cruise ship work for decades, Olofsson said it’s rare for the two of them to be separated for weeks on end like this.

“Usually he’s not gone very long, and I usually go with him,” the 74-year-old said. “It’s a little frustrating to say the least.”

With each passing day, there seem to be more travel restrictions imposed and fewer international flights available, she said. “It’s not getting any easier the longer the time goes.”

Rizza said a second doctor came aboard in Sydney with her husband and 7-year-old son, so he is free to leave the ship just as soon as he finds a way to do so.

He said he initially contacted the American consulate in Australia for help getting home, but all he got back was a form letter.

A spokeswoman for McSally said Friday that their team is in touch with Rizza and doing everything it can to ensure his safety. A Sinema spokeswoman said the senator’s staff is working with the State Department to get the doctor home to Arizona.

In the meantime, Rizza said he has reached out to the consulate in Singapore, where he hopes to be allowed to go straight from the ship to the airport for a flight back to the states.

He said his 27 years as a ship’s doctor have taken him to the North Pole, New Guinea, Antarctica and through “the fabled Northwest Passage on a Russian Icebreaker.”

So far, he said, “I have always made it back home.”

As Rizza wrote those words earlier this week, the Solstice was cruising westward along the southern coast of Australia, taking the long way around the continent before turning north toward Indonesia.

According to its doctor, the ship is scheduled to arrive in Singapore on April 19.

Tracing COVID-19 patients' contacts difficult when outbreak is so widespread

After three weeks in intensive care and over two weeks on a ventilator due to COVID-19, 57-year old Glen Reed was released from the hospital on April 7.

Dr. Joseph Rizza said his 27 years as a ship’s doctor have led him to the North Pole, New Guinea, Antarctica and through “the fabled Northwest Passage on a Russian Icebreaker.”

Though Dr. Jopeph Rizza has been doing cruise ship work for decades, his wife, Guje Olofsson, said it’s rare for the two of them to be separated for weeks on end.