Living near the national park on the sundown side of the Tucson Mountains, novelist Lydia Millet sees things many of us don’t.

She sees a daily parade of desert wildlife who exist more comfortably together than most desert people do; square-shouldered saguaro that have stood sentry since World War II; nights when it seems she could read by starlight.

In the distance, Millet sees Baboquivari and the observatories on Kitt Peak.

Some years ago, she also began seeing something else: the impact global warming and climate change were having on the desert surrounding her home.

So Millet did what authors do: She wrote about it. In September 2018, she submitted the first draft of her latest novel, “A Children’s Bible,” to her editor at W.W. Norton, Tom Mayer. This was before Greta Thunberg exploded into public view. Before the U.S. formally withdrew from the Paris climate accord. Before Tucson experienced its hottest, driest summer in history.

When the book was released six months ago, a world was ready to read it, and “A Children’s Bible” was honored as one of America’s five best novels of the year by the National Book Foundation.

The National Book Award for Fiction ultimately went to Charles Yu and “Interior Chinatown,” but Millet cemented her place as one of our most important authors.

Millet had published one book and was writing her second when moving to Tucson in 1999. The first was a satirical sendup of the Southern California real estate scene, the second a parody of political cultism. Both were ripe with richly interesting characters and Millet’s own dark humor, but neither was critically acclaimed.

Perhaps it was because of her new life in Tucson, or her new job as a writer at the Center for Biological Diversity, but Millet consciously changed her literary voice in her third novel, “My Happy Life.”

“That third book was when the tone of my writing changed,” Millet said. “I sort of evolved from borderline cynical to, I guess, more idealistic. I decided cynicism was the coward’s way out.”

Understanding the impact of climate change on wildfires

Dan Esty, professor of environmental law at Yale University and editor of 'A Better Planet: Forty Big Ideas for a Sustainable Future', joins '…

“My Happy Life” was honored with a PEN Center USA award in 2003, and Millet has been something of an award magnet ever since.

“Love in Infant Monkeys” was a finalist for the Pulitzer Prize in 2010. “Magnificence” was honored by the Los Angeles Times and National Book Critics Circle in 2012. “Sweet Lamb of Heaven” was longlisted for the National Book Award in 2016.

Because its central themes are global warming and climate change, “A Children’s Bible” holds a special place in Millet’s heart.

“I loved the Sonoran Desert from being here briefly back in grad school in 1990,” she recalled. “It’s why I moved here. I never had any particular allegiance to a place before, but now I’m devoted to this place. I don’t write about it directly in fiction often, but I love our desert so much … and that love has for sure shaped my work since I arrived.”

Millet’s forte is environmental fiction, and it is on full display in “A Children’s Bible.” The 12 children in her tale exude truth, hope and optimism. Their parents grovel in denial, despair and Jim Beam.

“With the pandemic raging now we are living in a reality that’s directly related to the unreality of this novel,” Millet said. “All because of the way we’ve mismanaged this place we live. As for the book, it can be hard to read sad books in sad times. I’m happy readers are finding something beyond sadness in this one.”

Millet is among one of many authors encouraging their readers to support neighborhood independent bookstores. Here are some to choose from in Tucson:

Charles Yu, Les and Tamara Payne, and Don Mee Choi were honored with National Book Awards this week by the National Book Foundation.

Yu’s novel, “Interior Chinatown,” received the National Book Award in Fiction. The late Les Payne and his daughter, Tamara, won top honors in Nonfiction for “The Dead are Arising: The Life of Malcolm X.” Choi won with her poetry collection, “DMZ Colony.”

Two Tucsonans were finalist for 2020 National Book Awards. Lydia Millet was a finalist in Fiction for “A Children’s Bible.” Elisabeth Jaquette’s English translation of “Minor Detail” by Adania Shibi, written in Arabic, was among the final five in Translated Literature.

The nationwide paper shortage is taking its toll on book publishers. Many are shortening initial press runs, and re-prints of best-sellers are taking longer now.

“If you are buying books as gifts for the holidays, our advice is ‘If you eye it, buy it,’” said Jody Hardy of Mostly Books. “When these copies are gone, it may take awhile to get more.”

What better time to reflect on gratitude with these reads to encourage positive thinking and help cultivate a better, more comprehensive perspective.

These recommendations from the Tucson Festival of Books feature extraterrestrial life and robots, to a graphic novel memoir about life in a Kenyan refugee camp and immigration from a youth perspective.

Sharing a picture book creates a bridge of understanding between young and old that can make you feel good, or motivate you to improve your life, says Pima County Public Library associate Jeannie Constantine.

Anne Gibson is a well-known Vail community member and a tireless champion for bringing the library to the southeast Tucson community.

The outdoor art exhibition will feature pieces by Arizona artists that touch on history, environmental issues, sustainability, climate change, naturalism and the use of native plants.

Stock up on fictional reads for 2021

If you enjoy fiction, here are some recommended reads from the Tucson Festival of Books.

“It feels good to walk in a bookstore and see one of your books on a table near the front door,” author-illustrator Chris Gall admitted. “The rest of the year we’re in the back someplace. To hear parents talking about books for their kids, to know they might be talking about yours, that’s pretty great.” 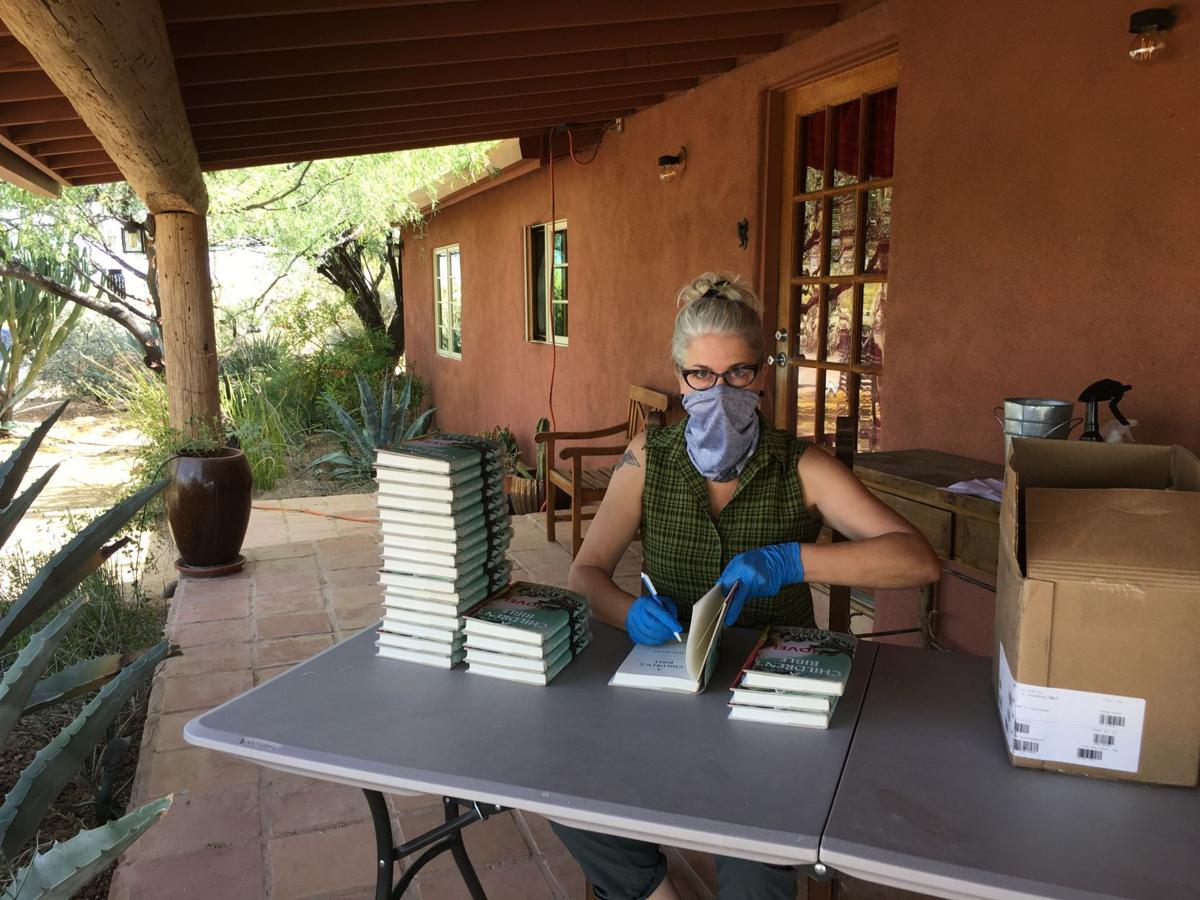 Tucson author Lydia Millet’s latest book, “A Children’s Bible,” was honored as one of America’s five best novels of the year by the National Book Foundation. 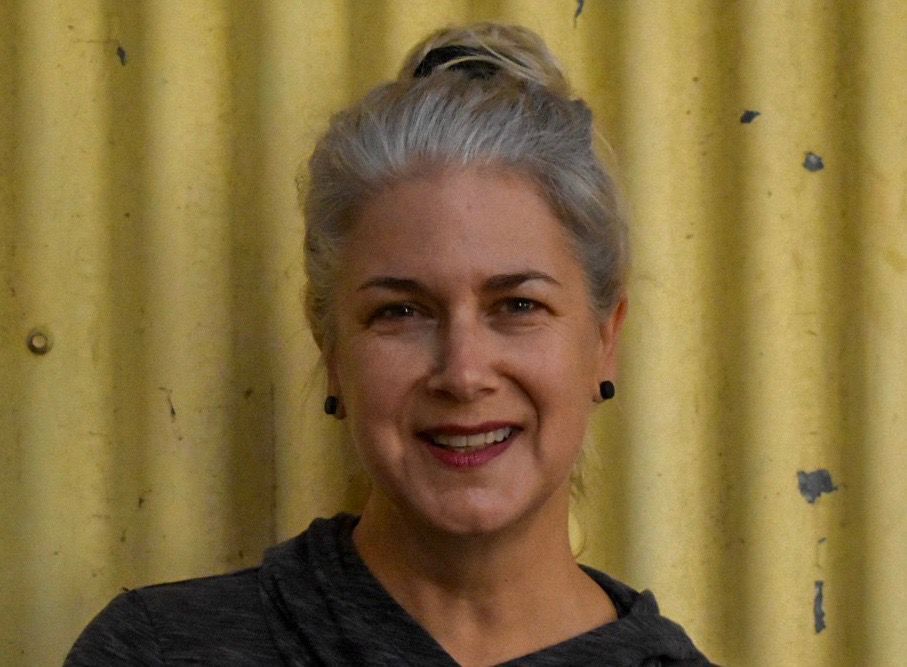