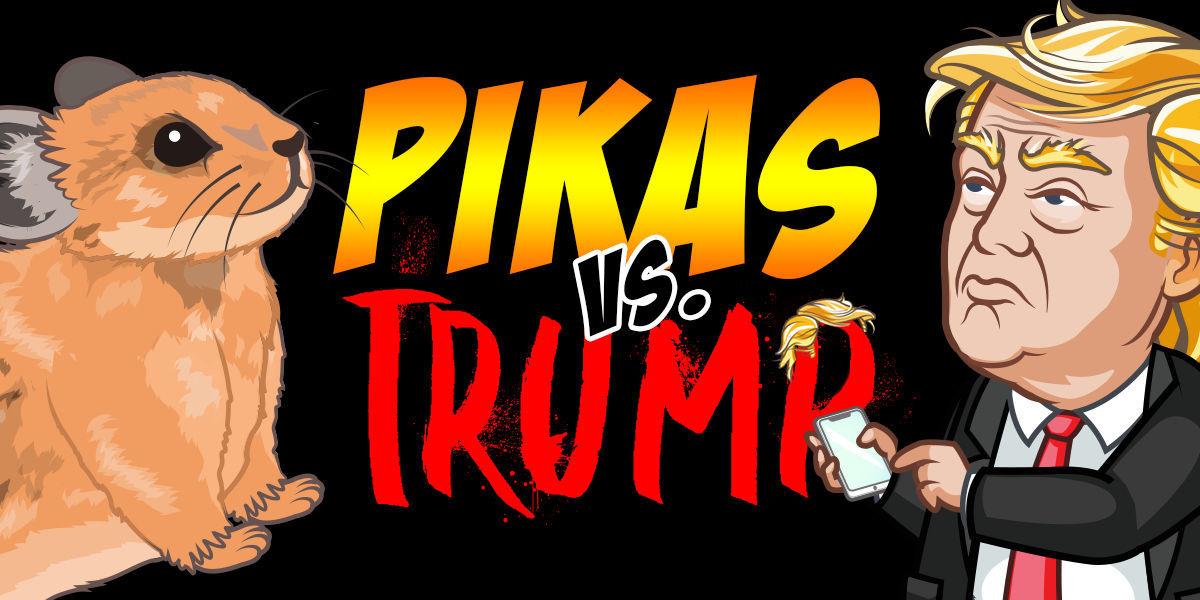 The “Pikas Vs. Trump” video game by the Tucson-based Center for Biological Diversity only has four levels, including one with an endangered bat. 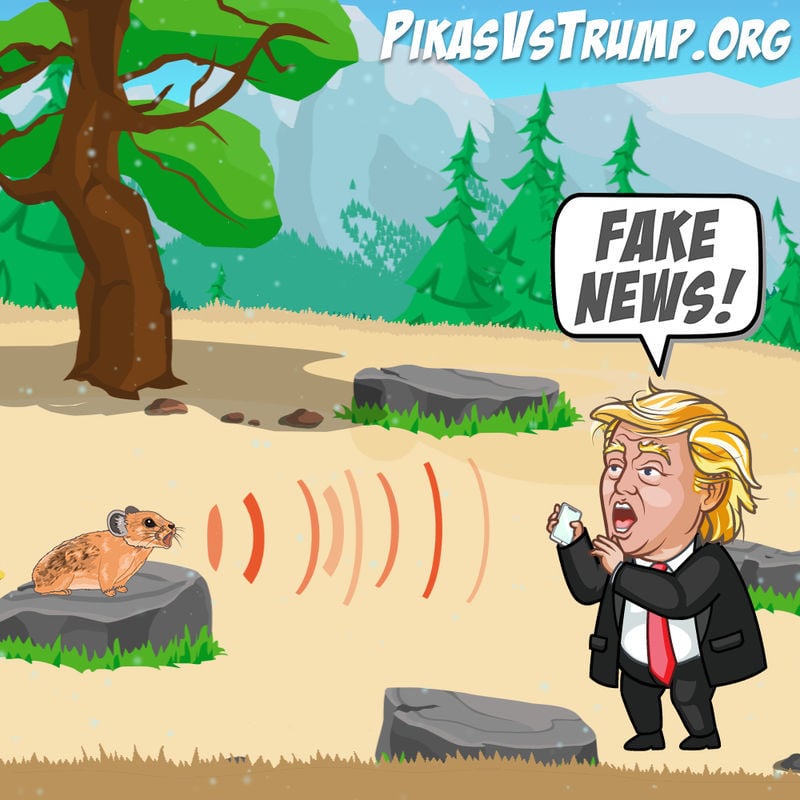 The object of “Pikas Vs. Trump” is to harass the “tweeter-in-chief” and separate him from his cell phone.

Pikas Vs. Trump video game by the The Center for Biological Diversity

Looking for a last-minute gag gift for the partisan eco-warrior in your life? The Center for Biological Diversity has you covered.

The Tucson-based environmental group has unveiled an irreverent new video game that pits imperiled animals against the president of the United States. “Pikas Vs. Trump” can be played online or downloaded for free as a mobile app from the Apple or Google Play stores.

The game is sure to offend Trump supporters, not to mention fans of complex, deeply immersive adventures. This game only has four levels, including one with an endangered bat from the Florida Everglades that uses guano as a weapon.

You can also battle Trump as an arctic narwhal and as the game’s namesake pika, a tiny mammal that is losing its high-mountain habitat to global warming.

The object of “Pikas Vs. Trump” is to harass the “tweeter-in-chief” and separate him from his cell phone as he runs back and forth, shouting catch phrases such as “bigly” and “climate change is a hoax.” Along the way, you try to collect MAGA hats, cans of spray tan and other trophies from the red-faced leader of the free world.

You can also chase off Vice President Mike Pence, whose only role is to lurk in the background and heap praise on POTUS.

“We wanted to highlight Trump’s devastating impact on endangered species, and we wanted to do so in a fun way,” said Kieran Suckling, the center’s executive director. “Reciting the facts and figures doesn’t always get through to people.”

He said the game also provides an outlet for frustrated nature lovers who want to confront the president directly, if only as an adorable, animated rabbit-like mammal.

“Pikas Vs. Trump” also includes bits of animal trivia and a link to the Center for Biological Diversity web page. The game took about six months to produce and cost the center roughly $10,000. Suckling said it was vetted by the center’s general counsel and updated several times to include the president’s “latest crazy tweets.”

The Republican National Committee member from Tucson said the premise of the game sounds pretty silly to him, “but it’s a free country.”

“The center has their own angle and view on the environment, the economy and the future of our country,” Ash said. “I think most Americans reject the harsh extremism they demonstrate on one issue after another.”

Subtlety has never been the center’s strong suit. The 30-year-old environmental group has made its name through frequent lawsuits and occasional publicity stunts, like handing out free “Endangered Species Condoms” designed to highlight the ecological threat posed by human overpopulation.

Despite such antics, Suckling said he hopes people still take his organization seriously, “because we are serious.”

Since Trump took office, the center has sued the administration 179 times over protections for wildlife, clean air, climate and public lands. Some of those lawsuits involve issues specific to Southern Arizona, including efforts to block construction of the Rosemont Mine and the border wall.

Suckling said the center has prevailed in about 85% of the cases that have been decided so far.

“Endangered species aren’t just beating Trump in video games,” he said. “They’re doing so in court as well, so there’s some good news this holiday season.”

The Trump administration waived environmental and other regulations on nearly one-quarter of Arizona’s border with Mexico last year to ease the way for border wall construction, a review of government documents shows.

The “Pikas Vs. Trump” video game by the Tucson-based Center for Biological Diversity only has four levels, including one with an endangered bat.

The object of “Pikas Vs. Trump” is to harass the “tweeter-in-chief” and separate him from his cell phone.

Pikas Vs. Trump video game by the The Center for Biological Diversity