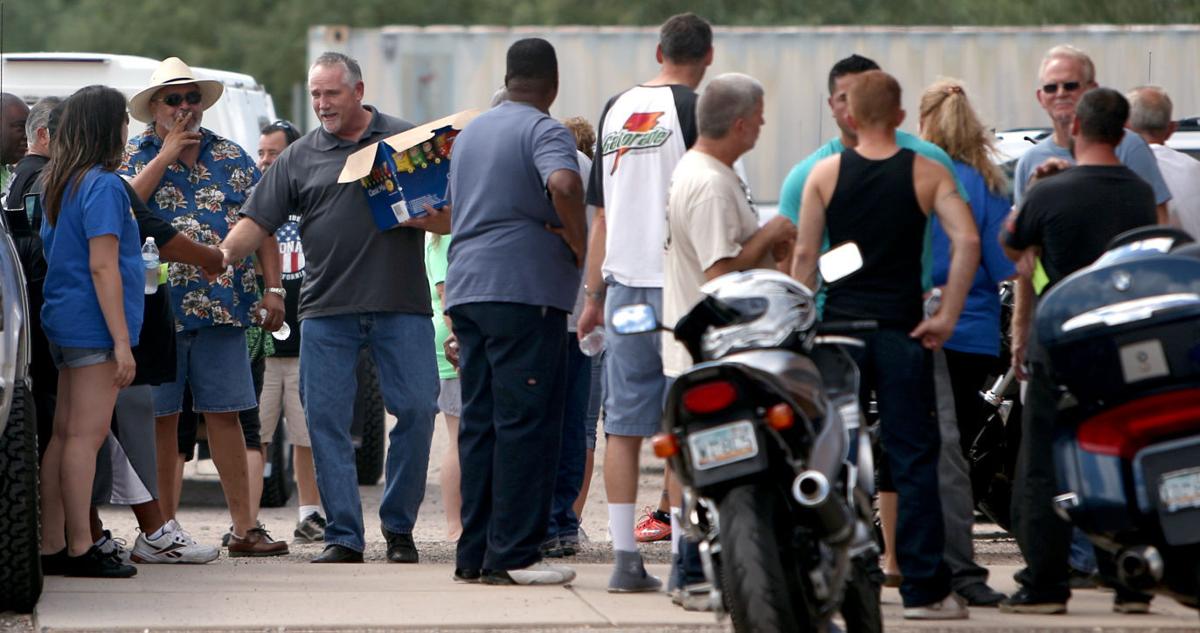 Andy Marshall, president of Teamsters Local 104, shaking hands at left, talks with union members lined up to vote on a new contract with Sun Tran. They approved the new agreement, 351-41 and are returning to work. 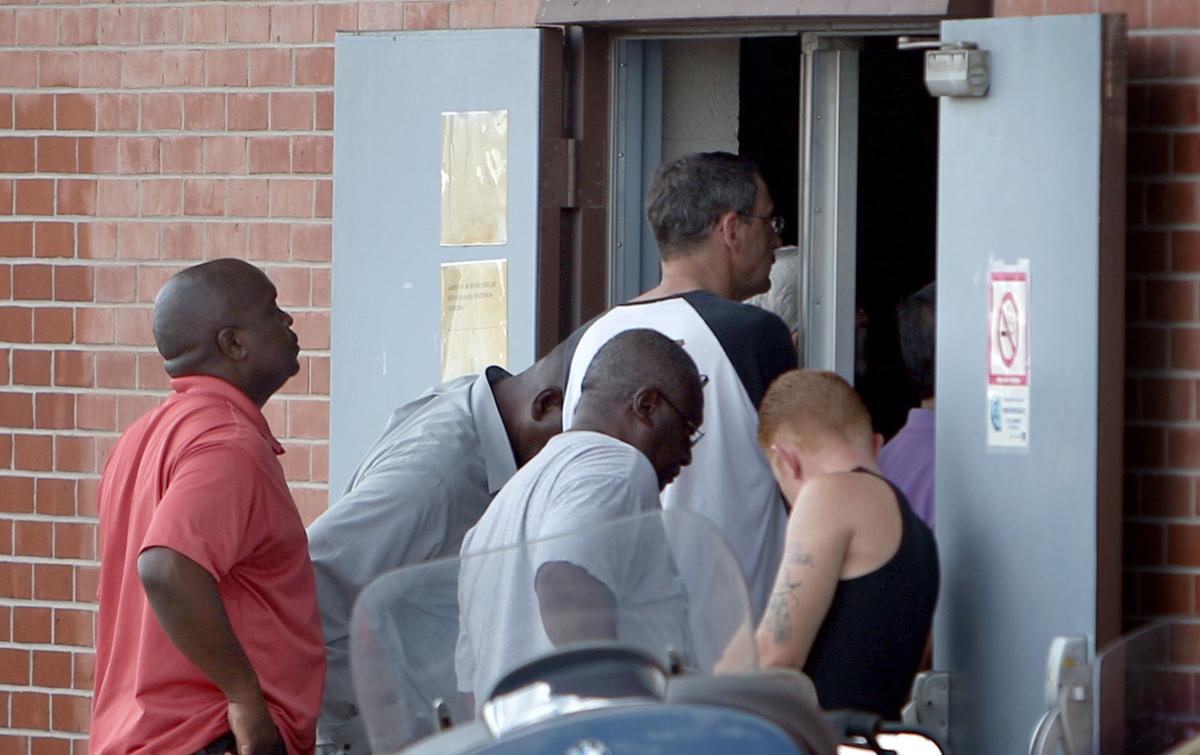 Union members try to listen from outside, with standing room only inside, during the voting.

The 42-day Tucson bus strike ended Wednesday when drivers, mechanics and other members of Teamsters Local 104 voted to accept a new contract.

Everyone gets a raise under the new contract, he said, but he wouldn’t release contract details, saying he didn’t want to inflame opinions of people who are angry about the strike.

Professional Transit Management, the contracted operator of the city’s Sun Tran bus system, also would not give details about the contract.

There were no additional city tax dollars in the deal, which stays within the approved city budget for Sun Tran, Marshall said. Additional details were not immediately available.

Sun Tran buses will be back to a normal schedule starting Thursday, Sept. 17. During the strike, the number of buses and bus routes was limited, making for long waits in the heat.

Since the strike began, the Tucson Unified School District has been providing bus service to high school students who rely on Sun Tran to get to class. Though full Sun Tran service is resuming, TUSD will continue to transport those students through the end of the week, said spokeswoman Stefanie Boe.

Marshall said he is proud of the union members who stuck it out for six weeks on strike.

“We got what we needed. We didn’t get everything we wanted,” he said.

Although the Teamsters are back at work, they won’t get a paycheck for two more weeks. People helped each other during the strike and those charity programs will continue, Marshall said.

Linhart said the union is glad to have someone “willing to deal with us straight-up,” adding that was lacking in the relationship with the city in the past.

Ortega said he is bringing in a team of engineers to identify the root cause of mold in a Sun Tran building. “I want the problem fixed. I don’t want it assessed,” he said Wednesday after the union vote.

He’s also launching a pilot program to put partitions between drivers and passengers on some routes that have caused the most concern about assaults on drivers.

Ortega said he’s glad the strike is over because it was a rough and challenging time for the community.

The city council is expected to discuss the next steps in transit management on Oct. 8.

Bus Strikes in Tucson date back to at least 1958.

Andy Marshall, president of Teamsters Local 104, shaking hands at left, talks with union members lined up to vote on a new contract with Sun Tran. They approved the new agreement, 351-41 and are returning to work.

Union members try to listen from outside, with standing room only inside, during the voting.