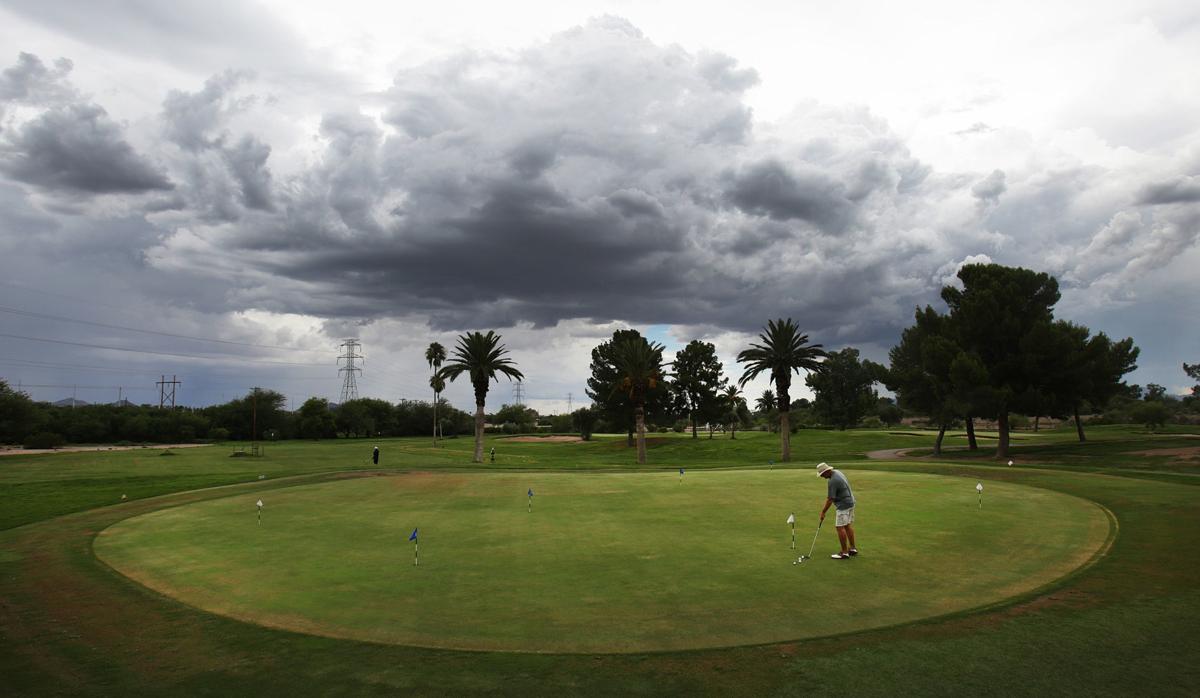 Silverbell Golf Course is the most likely of the five city courses to undergo a dramatic change the soonest. 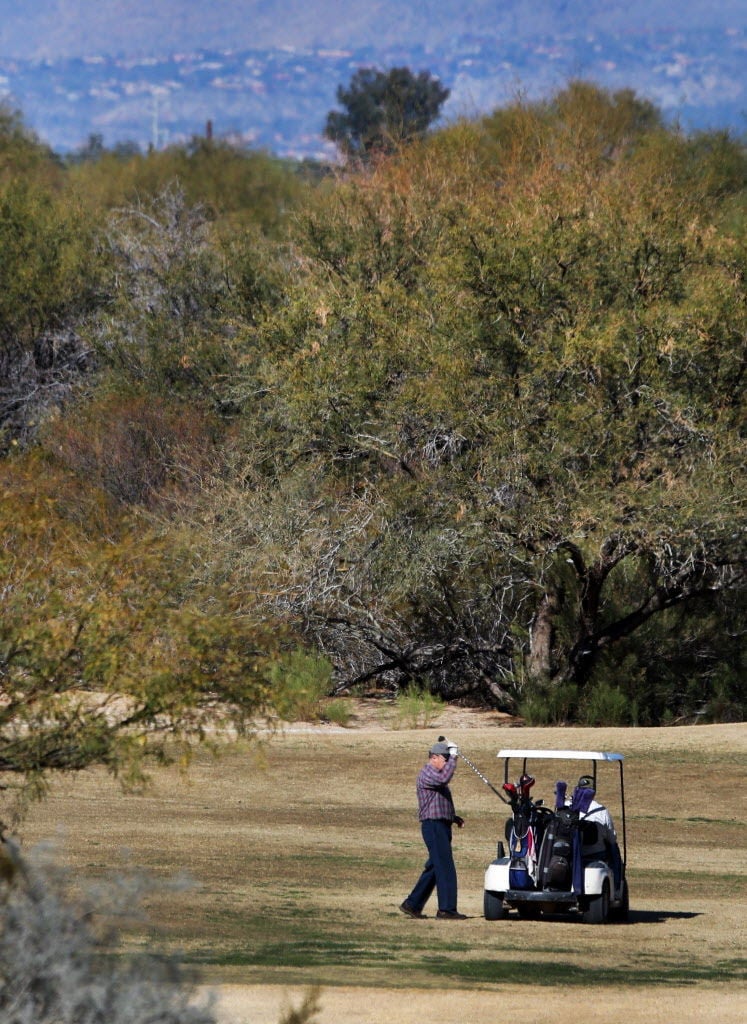 The Fred Enke Golf Course, above, along with the city-owned Silverbell course, could be in jeopardy. 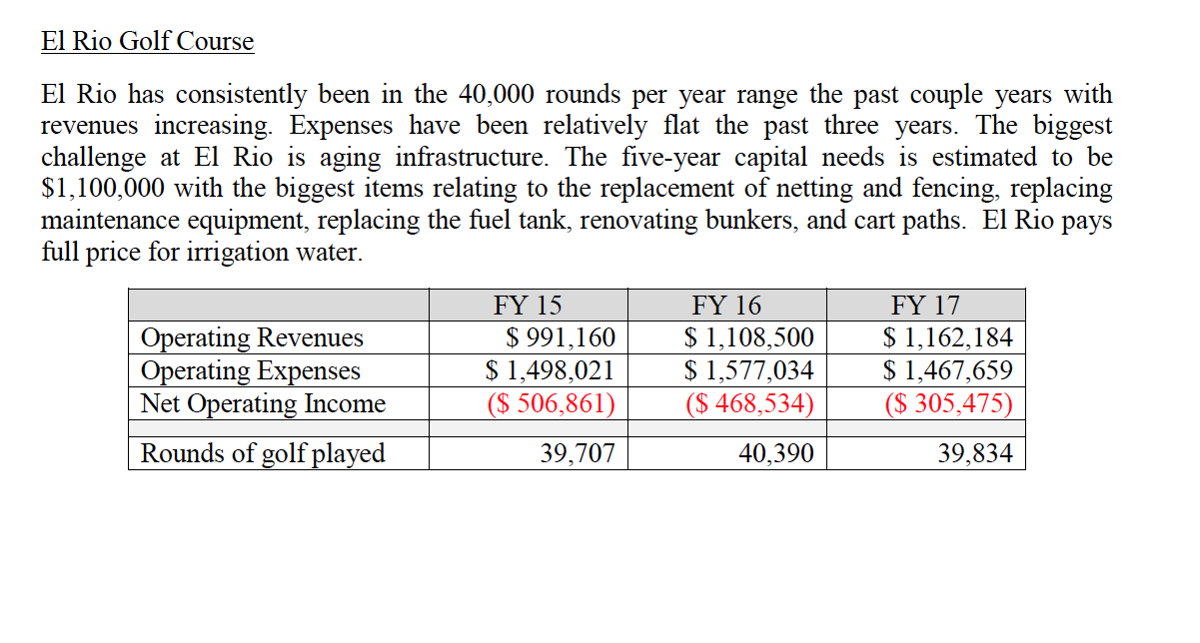 Directions from the City Council to City Manager Mike Oretga last week were crystal clear — explore any and all uses for the Fred Enke and Silverbell golf courses, including closing them or selling the land to developers.

It is a continuation of a conversation the council started roughly eight months ago when it gave the green light to a series of public meetings to solicit feedback from the community on the future of the city’s struggling golf operations. That feedback, primarily from golfers, has come in — and it was overwhelmingly against closing any city-run course including the two now in the spotlight for significant changes.

The council’s action last week, though, directed that discussion to primarily focus on just two of the five courses.

Alternatives for the two courses now include the possibility of partial redevelopment, including business and residential, to creating other recreational uses such as disc golf courses, public parks and walking paths.

On paper, the city is in the black when it comes to its golf operations. Officials expect to take in $151,000 more than expenses for the day-to-day operations for the Silverbell, El Rio and Fred Enke golf courses, as well as the two 18-hole Randolph courses at Reid Park.

However, a more in-depth look at the finances of those courses shows that only ones generating money are the Randolph courses. City documents show the midtown courses have been in the black for years — putting $2.54 million into city coffers between July 2014 and June 2017.

The other three courses continue to hemorrhage money on an annual basis. In the last fiscal cycle, Fred Enke operated in the red to the tune of $316,424, while El Rio lost $305,475 and Silverbell cost taxpayers another $106,733 to operate over expenses.

These figures don’t include the $25 million price tag the city estimates it will have to spend on capital projects at the courses to keep them operational during the next 20 years. Fred Enke alone needs $1.5 million in capital improvements during the next five years, the city said. Silverbell, which has seen declines in rounds played, is facing about $1.1 million in needed improvements in the next five years. All the city’s courses are run day to day by a private management company.

By closing a single money-losing course, officials say, the city could decrease day-to-day and future costs, while still keeping a sizable portion of the golfers who use those courses.

“The city’s five courses are competing against each other for market share. Closing a course would likely result in the remaining city courses capturing a portion of those 35,000 to 40,000 rounds each year,” Ortega wrote in a memo.

On paper, Ortega signaled last year that Silverbell might be the easiest to close, outlining a series of steps that would need to happen if the council decided to close the course and sell the west-side property.

Among the necessary steps: public meetings to gather input on what the recreational needs are in the surrounding community, getting appraisals and developing plans for the proposed property and the submitting of a formal request to close the course to the National Park Service — all before the course could be shuttered.

The section about the Park Service represents a fly in the ointment when it comes to closing the course.

The city took water-conservation funds from the NPS to build Silverbell and Fred Enke, and a stipulation in accepting those grants is that the city must permanently open a new park with land set aside for open space before it can close either course.

Ortega said he was concerned some council members see those restrictions as essentially a deal-breaker to moving forward.

“There is a path forward should the council look to use those lands for something other than open space and recreational purposes,” Ortega reassured the council last week.

Getting federal permission just adds another step in a process and isn’t a roadblock, he said.

While the city is giving serious consideration to closing Fred Enke and/or Silverbell, Ortega said that city staff over the last year has evaluated every course. The decision to focus on those two courses now, he said, was a decision made by the council.

The reason why the decision on the two 18-hole courses at Reid Park — the 93-year-old Randolph courses — is clear is they are the only courses generating significant revenue. Additionally, the city put a restriction in place in 1925 that the land at Randolph Park is “forever dedicated as and for a municipal golf course and public park,” meaning it would be difficult for the city to close those courses.

What is not clear is why elected officials are not considering the closure of the El Rio course. The west-side course loses nearly $11 for every round of golf played there.

The city lost nearly $1.3 million between July 2014 and June 2017, just on day-to-day operations at El Rio. During the same period, the course averaged 40,000 golfers a year, city figures show. By comparison, roughly 100,000 people play golf at the Randolph courses each year.

City officials said while the rounds played at El Rio have largely remained the same year over year, the course struggles with aging infrastructure that will need major repairs.

Councilwoman Regina Romero argued there is a good reason why El Rio isn’t on the chopping block.

The neighborhood around the course has long been opposed to redeveloping the area, which hit a critical point during the failed Grand Canyon University deal of 2013. Romero removed her support for the deal, which would have turned the course into a campus for the private college, but not before taking considerable political heat from residents.

“If you mention to folks about other uses at El Rio, their hair just burns,” she said.

However, Romero isn’t completely opposed to changes there, suggesting she would be open to reducing operations from 18 holes to nine if the city could find other uses that focused on family recreational activities.

“If we are going to be paying for golf courses that are not making any money, then we should consider making them parks,” Romero said.

The city, she reasoned, would use less water, and while the city would lose some golf revenues, the parks would be open to the public for free.

But the city could have a fight on another front other than golfers if it tries to close Silverbell and sell the property to a developer, she said.

Romero, whose west-side ward boundaries at one time extended up to the Silverbell golf course, said residents in the neighborhood just to the west of the course have long had serious concerns about commercial development or multi-family housing changing the semi-rural area.

“They don’t want to see development along Silverbell,” she said.

They also, she said, have concerns about how the closure of Silverbell would affect wildlife corridors along the banks of the Santa Cruz River.

Feedback from the community on the future of the golf courses — now several months old — overwhelming opposed the closure of any of the city-owned properties. Dozens of emails implored the council to keep all five courses running, saying they are an economic asset cherished by the community.

For now, the courses will continue to operate, with next fiscal year’s budget fully funding operations.

And whatever decision the city manager comes up with will have to come before the council for a final vote.

Program will be in place when temperature goes over 102.

“It is really up to Kim Jong Un,” McSally said. "It is a matter whether he is going to keep playing games while his people suffer."

The town will use a combination of sales tax revenue and utility payments to pay off the 20-year bond.

The Tucson Conquistadores have outlined a new unsolicited plan to the city that  calls for selling up to 15 acres across El Con mall along East Broadway to private developers.

Some Tucson-run golf courses could close, be redeveloped in coming years

City officials see Silverbell golf course, which has been losing money for years, as the most likely to be closed in the near future.

Survey says 52 percent in favor, with 40 percent against.

The Loop gives man a reason to move to Tucson

Dennis Miller is making the move from Los Angeles to Tucson.

Arizona law: Schools with 'D' or 'F' must inform neighborhoods

Thousands without power due to outages on southwest side

More than 5,000 Tucsonans were without power on the southwest side Tuesday afternoon, according to the Tucson Electric Power website.

Report: Arizona man gets 3 days in jail for YouTube stunt at a Disney resort

ORLANDO, Fla. — An Arizona man has been sentenced to three days in jail after deputies say he falsely told guests at a Walt Disney World resor…

Two people in a second vehicle were also injured in the crash near Ina Road.

There's also a wide-open race to fill Southern Arizona's Congressional District 2 seat, with four Republicans and four Democrats each hoping to get their party's nod.

The bonds, if approved by voters, will not raise property taxes but will extend the city's long-term financial commitments.

Silverbell Golf Course is the most likely of the five city courses to undergo a dramatic change the soonest.

The Fred Enke Golf Course, above, along with the city-owned Silverbell course, could be in jeopardy.