A jury has returned a guilty verdict against a Tucson landlord accused of stalking a local judge.

Jurors in Pima County Superior Court deliberated for less than three hours on Wednesday, Dec. 15, before convicting Fei Qin of stalking Justice of the Peace Adam Watters in the days before Watters fired a “warning shot” toward the defendant.

In closing statements recapping the Feb. 14 confrontation outside Watters’ home in the Catalina Foothills, the prosecution focused on testimony from Watters and his family members that they feared for their safety after someone repeatedly threw trash on their lawn, around the same time the judge’s pickup truck tires had been slashed on two separate occasions while parked overnight in his driveway.

The string of incidents in early February would “cause emotional distress and reasonable fear to any reasonable person,” said out-of-town prosecutor Brian McIntyre, the Cochise County attorney who was brought in to avoid a conflict of interest if a local judge presided over the Watters’ case.

We are sharing Arizona Daily Star reporters' and photographers' favorite work from 2021.

Investigators testified that some of the litter retrieved from the judge’s lawn was addressed to tenants Qin has recently tried to evict in a hearing in Watters’ courtroom. Qin, 38 was not charged in the tire-slashing incidents.

Defense attorney Jeff Grynkowich of Tucson focused heavily on the conduct of Watters on the day of the confrontation, and played the jury a video Watters made of himself threatening to kill Qin before firing what Watters said was a “warning shot.” The bullet landed inches from Qin, who was unarmed.

Grynkowich urged jurors to be skeptical of Watters’ testimony in light of the judge’s conduct that day, and called the case “a black mark on the (legal) profession.”

McIntyre, in rebuttal, told the jury Qin should not be “given a pass,” just because “Adam Watters didn’t act the way you think a judge should act.”

Watters, 60, pleaded the Fifth Amendment earlier in the case to avoid incriminating himself when asked to explain his actions at a pretrial evidentiary hearing.

Watters was not criminally charged for the shooting after a review by the Pinal County Attorney’s Office but could have jeopardized that positive outcome by testifying at the hearing.

Qin’s sentencing is scheduled for Jan. 12.

Justice of the Peace Adam Watters invoked his right to remain silent about a Feb. 14 incident in which he shot a gun toward a man he suspected of stalking him.

Man dies after being struck by car on Tucson's south side

The man was trying to cross South Alvernon Way when he was struck by a car midblock, Tucson police say.

Tucson police say a 53-year-old man shot a woman to death in their midtown home Wednesday before turning the gun on himself.

Rents at a west-side apartment complex are going up 77 percent. Tenants elsewhere in Tucson are afraid they may be next. 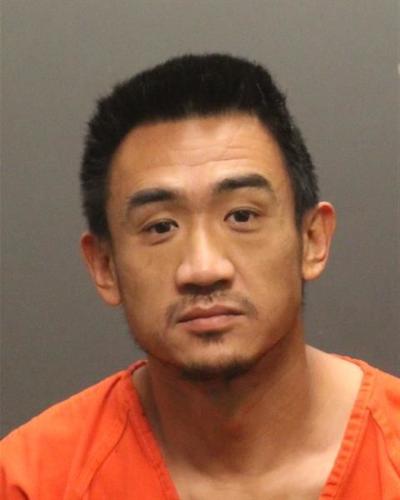 Fei Qin was sentenced to 1½ years in prison for stalking a Tucson judge. 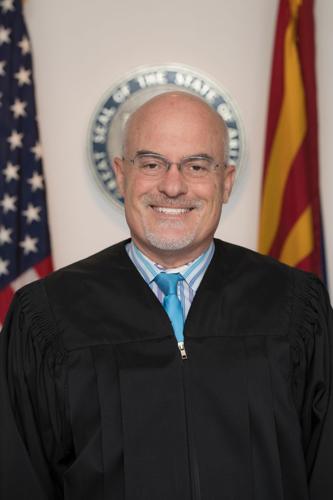