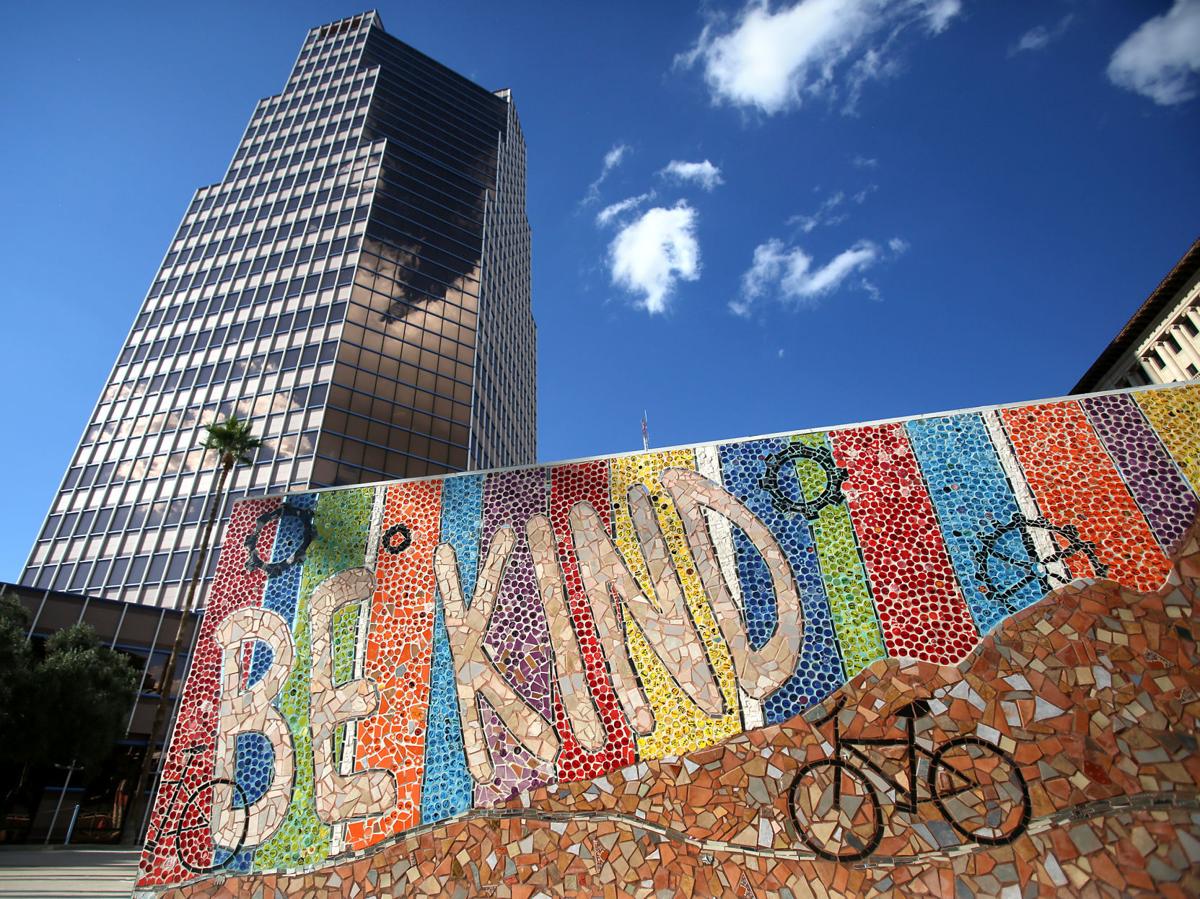 A Ben’s Bells mural covers the elevator shaft of a tower that was never built. The One South Church tower is in the background. 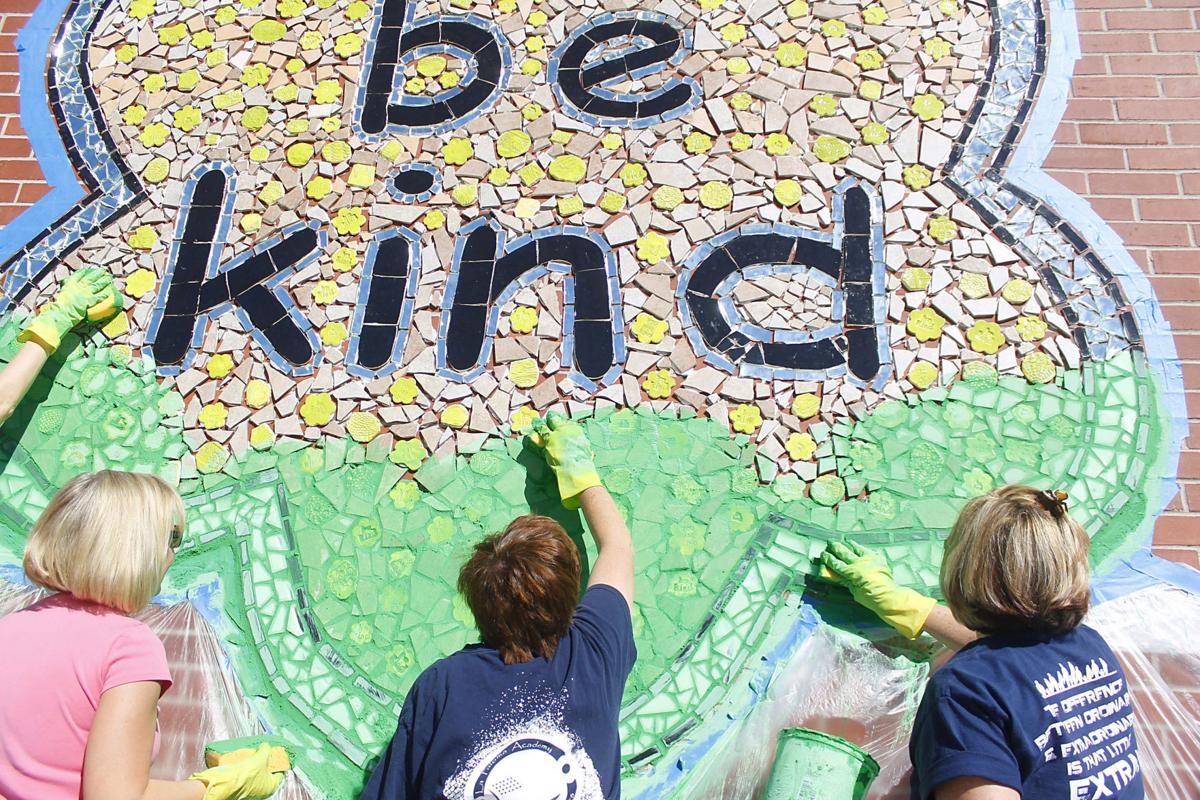 With Thanksgiving only days away, it seems fitting to announce that Tucson has been named one of the 25 most giving cities in the U.S., according to Travelocity.

In a Nov. 9 posting, the travel website declared Tucson the 23rd most giving city in the country, based on an analysis of social media postings.

"We scoured the web for posts using the hashtags #charity, #donate and #volunteer to find out which cities talk about—and use—these charitable social-media signals the most," according to the article, which explains that the cities are ranked from the most hashtag usage per capita to the list.

The article mentions local organizations The Angel Charity for Children and Ben's Bells, and talks about the strong presence of the "Be Kind' motto around town.

"The beauty of Tucson’s surrounding Sonoran landscape is eclipsed only by the beauty of its residents’ kind hearts," the post says.

Casa Grande also made the list- and eclipsed Tucson- as the 14th most giving city.

Check out the rest of the cities here.

What are your favorite charitable organizations or ways to help the community? Tell us in the comments.

Three Thanksgiving-style meals are expected to serve about 6,500 people in need in Tucson.

Two Tucson nonprofits hoping to benefit from season of giving

They have ways to help less fortunate during big shopping weekend.

What do you think of Food Network's 'must-try' Tucson dishes?

A Ben’s Bells mural covers the elevator shaft of a tower that was never built. The One South Church tower is in the background.