Nothing in Cross Scott’s life prepared him for finding a woman slumped over her steering wheel, her lips blue. He says he just reacted. He broke a back window, opened her door and crawled on top of her. With no training, he gave her CPR that may have saved her life.

“I’ve never prepared myself for CPR in my life,” Scott said. “I had no idea what I was doing.”

Scott, the lead shop technician at Jack Furrier Tire & Auto Care on South Sixth Avenue and East Valencia Road, was test-driving a customer’s car on Jan. 11 when he saw the white sedan with its hazard lights blinking in a dirt pull-off by Sixth Avenue and Drexel Road. Scott never brings his phone when driving customers’ vehicles, to avoid the distraction of taking a call while driving.

The 21-year-old has worked at Jack Furrier for three years. But he’s been working since he was 14, often times more than one job. Tall and lanky, Scott’s the kind of person who runs to open doors for women and uses the words “ma’am” and “miss.” He stops when he sees people having car trouble, once or twice a month, he says, especially if it’s a woman.

When he pulled in front of the white sedan, he saw a woman sitting in the driver’s seat. As he approached her car, he noticed it was rolling. He quickly stuck a big rock under the front wheel.

When he saw the woman was unconscious, he began banging on her window and yelling for her to wake up. As car after car drove by, two women pulled over and called 911.

Scott broke the window with a rock. He reached in and unlocked the driver-side door. He checked the woman’s pulse and didn’t think she had one. One of the women who had stopped reclined the unconscious woman’s seat, and Scott crawled on top of her.

What popped into Scott’s head was an episode of the television show “The Office” in which character Michael Scott (actor Steve Carell) sings the Bee Gees’ “Stayin’ Alive” while doing chest compressions on a dummy. The episode, where the gang takes an in-office CPR course, could actually be a tutorial in what not to do. The one thing it got right was using that song as a meter — the correct tempo for chest compressions.

As Scott straddled the woman and began chest compressions, he sang the song out loud. All he was thinking about was Michael Scott’s face, singing “Ah, ha, ha, ha, stayin’ alive, stayin’ alive.”

After a minute, the woman took a breath and threw up. The women helped him roll her onto her side.

Scott says when paramedics arrived, about 10 minutes had passed since he first pulled over. And the woman, who he would later learn is named Carla, was breathing. Scott says one of the paramedics with Tucson Fire told him if he hadn’t helped her, the situation could have turned out very differently.

Carla had called her daughter before she passed out. One of the women who stopped picked up the phone during the incident and found the daughter was still on the line. She had heard the whole thing. The younger woman arrived in time to see her mom off to the hospital.

When Scott got back to the shop and conveyed the story, his co-workers were calling him a hero. He brushes that off, saying the real heroes are the paramedics who save people every day.

Scott finished his shift and headed to the hospital to see how Carla was doing. She had already been released.

“All I could think about was picturing her face,” Scott said. “I had to make sure she was OK. That’s the only reason why I went to the hospital.”

The Tucson Fire Department wasn’t able to release any details of the incident in time for this article other than to confirm the victim’s name. As well, the paramedics who went out on the call couldn’t immediately be reached.

Scott knows his chivalry is more of an aberration for people his age. He grew up in a working-class family, being taught nothing would be handed to him. His mom died of cancer when he was 16, and he quit school to work and help his dad with the bills and look after his little sister, who’s now 14.

“When my mom got sick and my little sister started growing up, I looked at females a lot differently,” he said. “Now when I look at a girl, I imagine, what if that was my sister on the side of the road or my mom on the side of the road? Unfortunately my mom isn’t here to see that, but it’s mainly for her. To be honest, it’s all for her.”

Not finishing high school is his biggest regret. He did go back and complete all but one credit online. He’d like to finish and go to college, maybe study engineering.

Courtney Slanaker, executive director of the Red Cross Southern Arizona chapter, says CPR training is important for everyone to have. She calls it an $80 investment that could save a life. But even without formal training, action is better than inaction.

“If you don’t do CPR, that victim will die,” she said. “Don’t be afraid to act. Whatever you do will help that victim and hopefully prevent a death.”

And yes, she says, “Stayin’ Alive” is still the correct rhythm for chest compressions — one thing that hasn’t changed since that 2009 episode of “The Office.”

The Red Cross offers free hand-only CPR 30-minute courses. To get more information or find out about classes call 520-318-6740.

To take more extensive classes in CPR and a host of other life-saving techniques, go to redcross.org/take-a-class for a variety of classes and prices.

Do you believe in miracles? The Star's Greg Hansen has no other explanation for the series of events that took place in Colorado earlier this month.

The Pima County Attorney’s Office is encouraging people to volunteer as victims’ advocates.

'He's my heart:' U.S. marshal killed in Tucson remembered as man who lived in service to others

Tucson weather: A beautiful weekend is in store

Get out doors this weekend! The end of the week promises to be sunny and dry.

A Cochise County man has been arrested in connection with a sexual assault in October, officials say.

Jacob, a sixth-grader at Leman Academy of Excellence in Marana, wrote a letter to the CEO of Winnebago 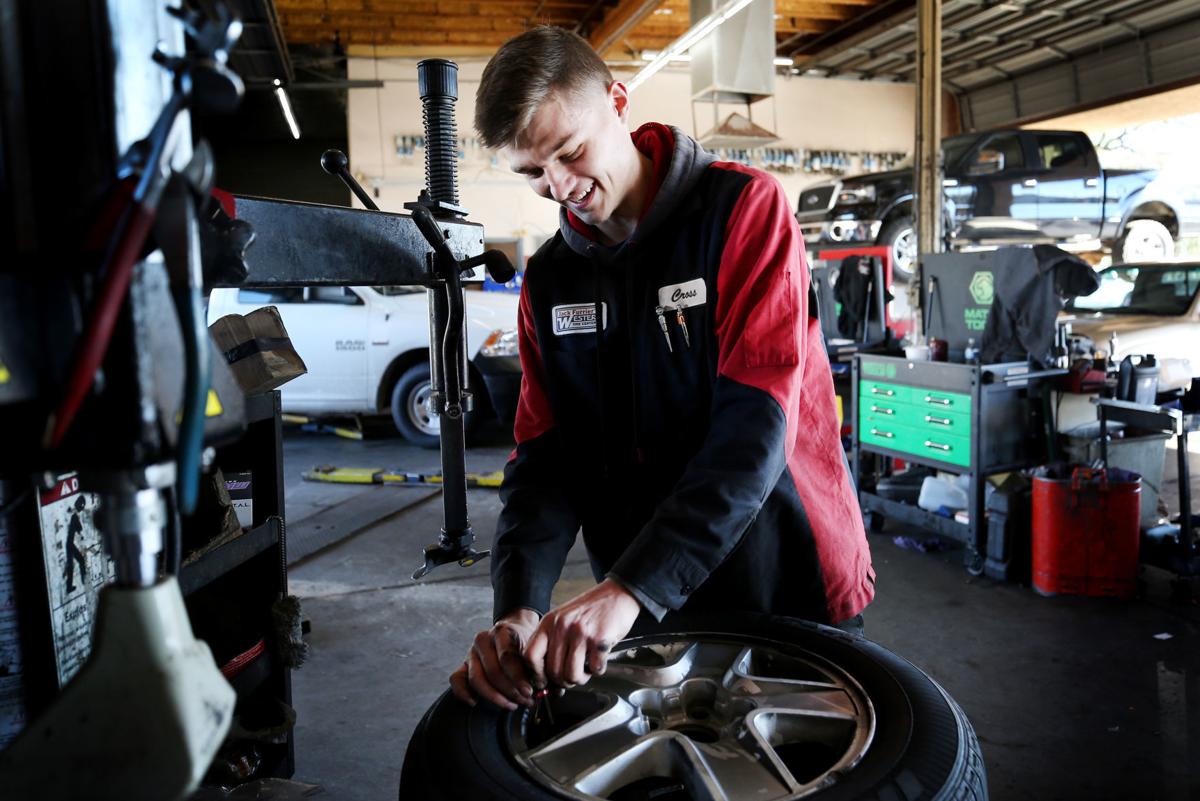 Cross Scott, who works at a local tire center, was on a test drive when he spotted a woman slumped over in her car and gave her CPR. 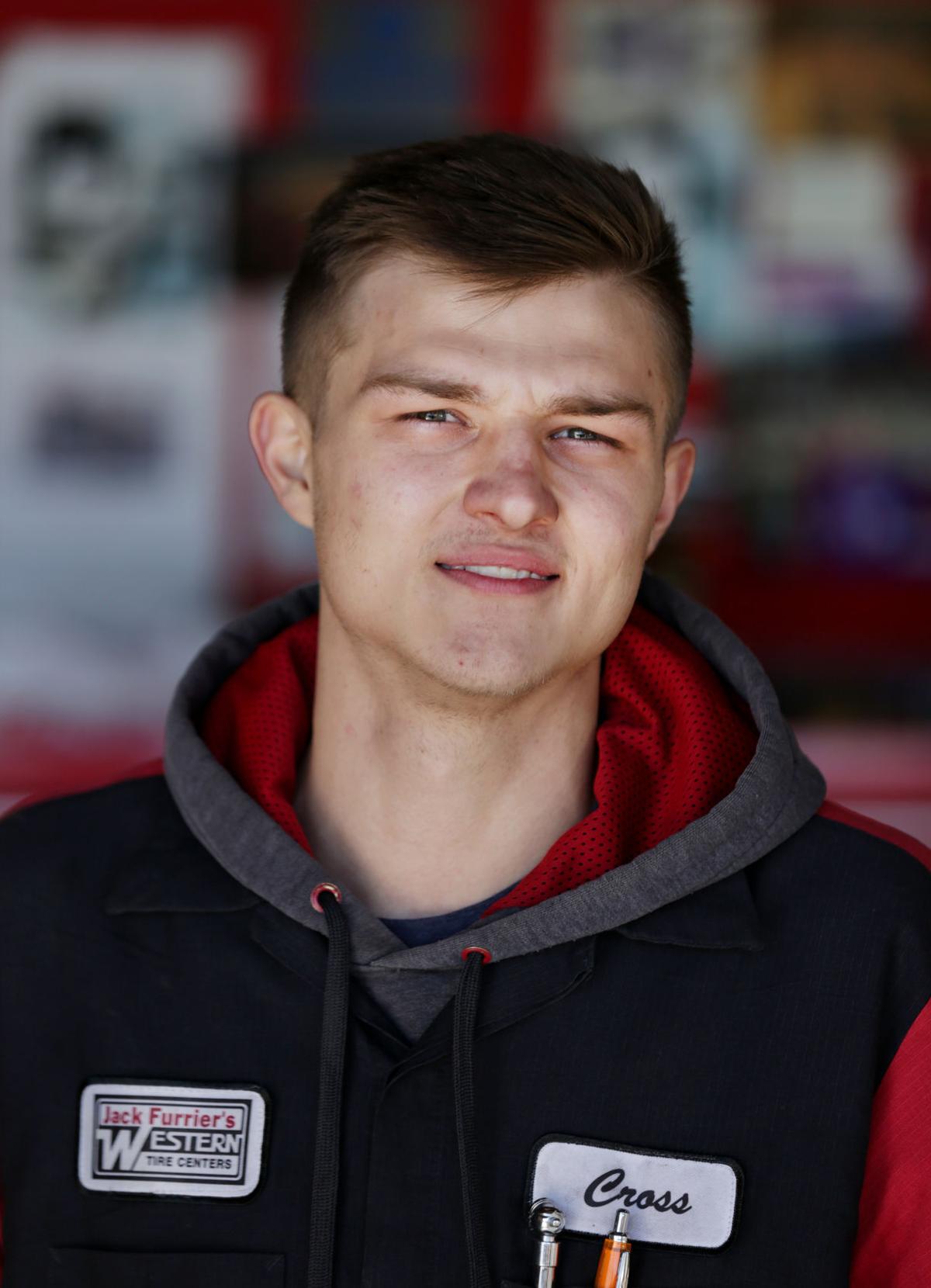 Cross Scott, a shop technician, works on vehicle tires at Jack Furrier Tire and Auto Care, 51 E. Valencia Road, Jan. 23, 2019, in Tucson, Ariz. Scott administered CPR to save a woman's life when he saw her unresponsive in her car on the side of the road. Scott said he remembered the chest compression cadence from an episode of the television show "The Office".