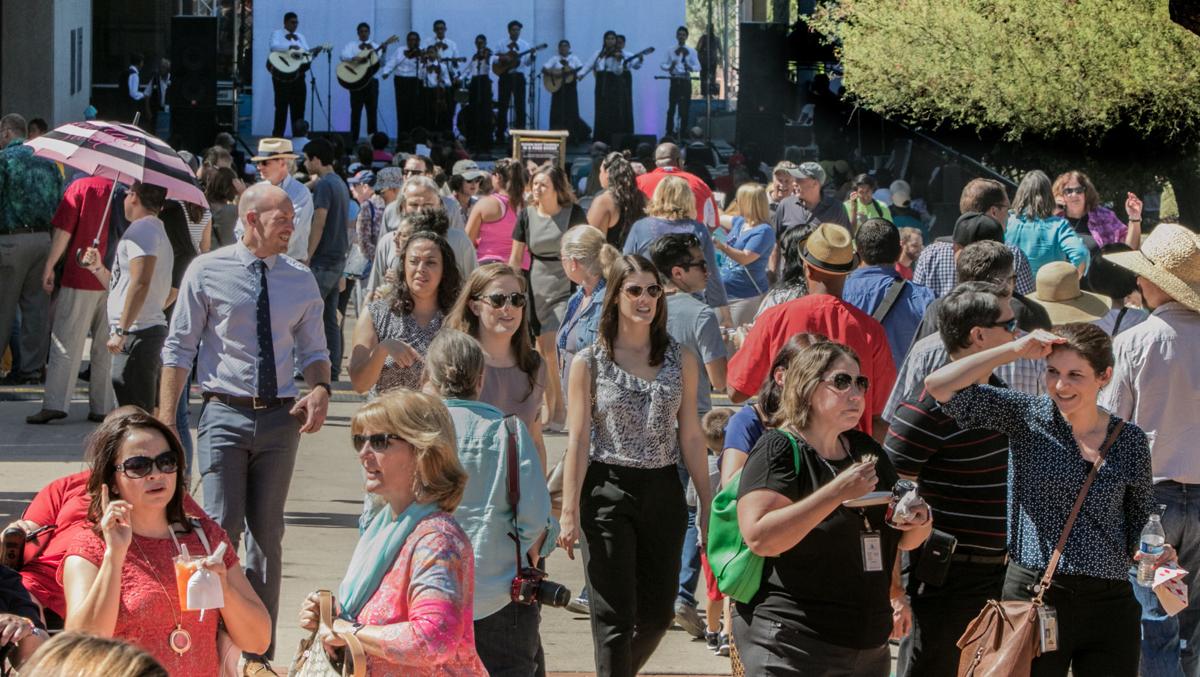 The 45th version of Tucson Meet Yourself will stretch along North Stone and Church avenues between Alameda and Congress streets, and on Jácome Plaza and along Pennington Street. 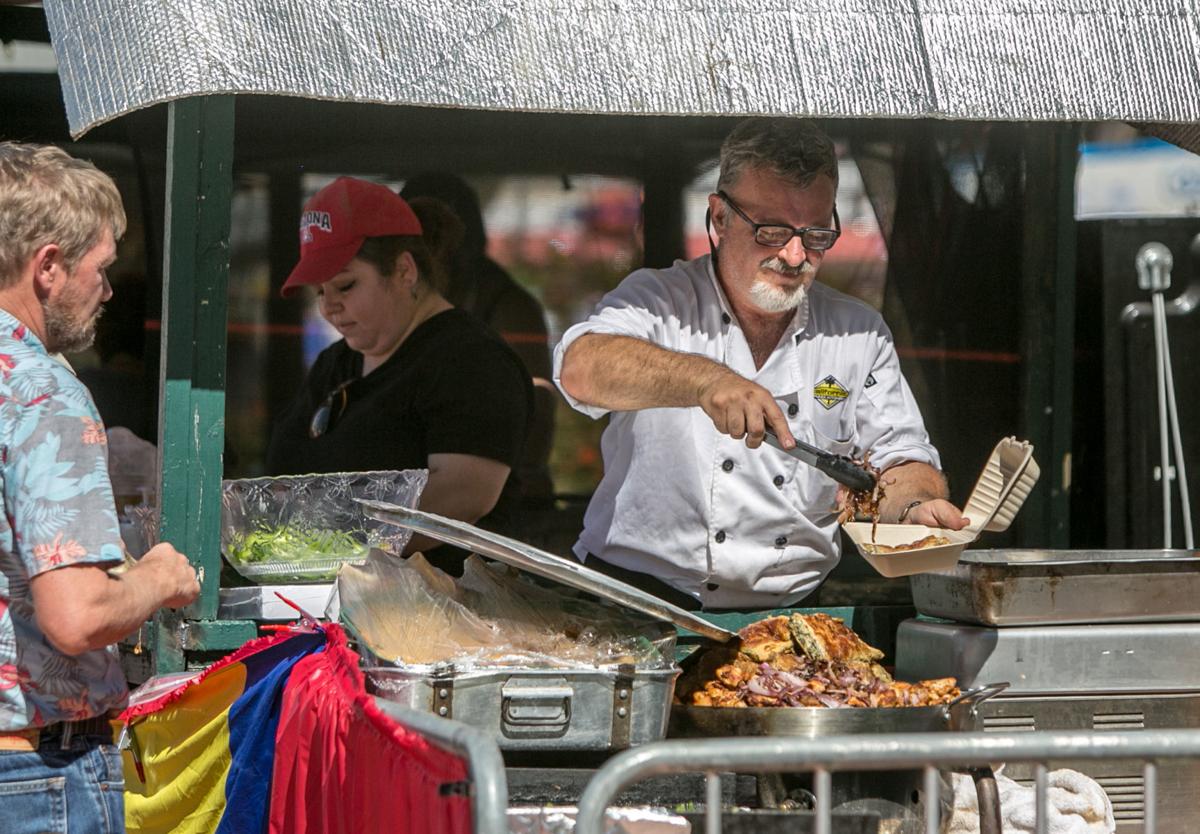 Arslan Redzepovic, with Chef Alisah’s Restaurant, served up some chicken in October during the opening day of Tucson Meet Yourself.

Tucson Meet Yourself has a weight problem.

The massive weekend arts and food festival can no longer hold the event in El Presidio Park next to Tucson City Hall because there’s a concern about the weight being put on the underground garage.

The festival, held in October, will keep its footprint on Church Avenue and in Jácome Plaza and will now stretch along Stone Avenue between Congress and Alameda streets.

The issue isn’t El Presidio Park, but the fact that there is parking garage underneath it.

Last year, roughly 120,000 people, along with more than 200 performers and folk artists and 65 food vendors crammed into downtown Tucson, including about 30 food vendors that set up shop in El Presidio Park, Alvarez said.

That’s a whole lot of vehicles, refrigerators and other heavy equipment parked in that space.

City officials are worried that Tucson Meet Yourself and other large festivals are exceeding the weight limit for the aging parking garage, which is roughly 100 pounds per square foot.

This year, the city refused to issue a permit for any festival in El Presidio Park, including Tucson Meet Yourself.

Greg Jackson, the city’s management coordinator, confirmed that big crowds and heavy equipment weren’t a great idea for the plaza.

The city has known about the problem since about 2006, when a study identified the weight issue as a potential problem.

City officials have kept an eye on the issue, Jackson said, knowing it was a matter of time before the size of the crowds would become a safety issue.

The Tucson Folk Festival is also being asked to move because of the crowds it draws, Jackson said.

Alvarez said that as Tucson Meet Yourself has grown, she and other organizers have been aware of the coming change.

“It allows us to have a better sense of a footprint in more of a street or block-party atmosphere,” Alvarez said of the move. “It’s funny, we’re only moving a few feet.”

She envisions the setup on Stone Avenue not unlike the Fourth Avenue Street Fair.

Alvarez estimates that the move will add an additional $10,000 to the festival’s existing budget of around $330,000.

To offset that cost, Tucson Meet Yourself is launching an electronics recycling program.

Components of old laptops, cellphones, televisions and other electronics will be resold for scrap, with the proceeds going to Tucson Meet Yourself. For more information, visit tucsonelectronicsrecycling.com.

“Some of the vendors have been there (at El Presidio Park) for decades,” Alvarez said. “But they took it with such positivity. Change is good.”

Hundreds gathered for lunch at the 44th edition of Tucson Meet Yourself in downtown Tucson.

A look back: Tucson Meet Yourself

The first annual Tucson Meet Yourself welcomed 1,000 people to El Presidio Park in 1974. Now more than 120,000 people head downtown for the event.

Had Bobby Kennedy lived, it is not hard to imagine the world as a much different, much better place.

The large-scale operation, assisted by aerial surveillance, is part of the Trump administration's increasing focus on employers that hire people in the country illegally.

The bonds, if approved by voters, will not raise property taxes but will extend the city's long-term financial commitments.

Legal challenge argues that Kirkpatrick lied about her address on nominating petitions.

The measure to generate $887M only passes if all of the Supervisors approve.

Voters could be asked to sign off on a bond for road repairs, spending $860 million over a decade.

The Tucson City Council will decide whether to send the $225 million bond package to voters for approval.

The road repair plan was pitched on the promise that county property taxes will not rise.

It's ba-ack! Tucson Meet Yourself takes over downtown Tucson this weekend

The 45th version of Tucson Meet Yourself will stretch along North Stone and Church avenues between Alameda and Congress streets, and on Jácome Plaza and along Pennington Street.

Arslan Redzepovic, with Chef Alisah’s Restaurant, served up some chicken in October during the opening day of Tucson Meet Yourself.