Update: City manager says he will not accept resignation of Tucson police chief

Tucson Police Chief Chris Magnus offered to resign from his position at a news conference Wednesday with the mayor where they discussed the death of a man in police custody. The offer had not been accepted as of Wednesday.

Three officers involved in Ingram-Lopez's death resigned before the investigation was complete. Magnus said if the three officers didn't resign, they would've been terminated for “multiple policy violations.”

Magnus' resignation offer will have to be forwarded by the city manager with a recommendation to the mayor and city council for their consideration on whether to accept it.

The department also showed the video, taken by officers' body cameras, of Ingram-Lopez's arrest on April 21.

Magnus said what happened during the incident was difficult to watch. He expressed his condolences and apologies to Ingram-Lopez's family. "It is tough to watch," he said of the video shortly before announcing he had offered his resignation to the mayor and city council.

Magnus said while the officers violated numerous department rules in the incident and "failed to handle the incident consistent with their training," there was "no indication of malicious intent" on the part of the officers.

Shortly after 1 a.m., Ingram-Lopez's family member called 911 and said he was "drunk, yelling and running around the house naked," according to Magnus.

The video showed officers wrestling with Ingram-Lopez in a dimly lighted single-car garage at his grandmother's house in the early morning hours of April 21.

At one point officers managed to handcuff Ingram-Lopez, who is naked, with his hands behind his back.

He was screaming while face down on the garage floor. Several times, Ingram-Lopez asked for water from his grandmother.

"Nana, nana, please some water," Ingram-Lopez can be heard on the video.

The officers tell him several times to "chill down" and to "relax." At one point in the video, an officer tells Ingram-Lopez if he does not calm down he would be shocked with a Taser.

The officers cover Ingram-Lopez in yellow emergency blankets that they keep in their patrol vehicles.

After several minutes the officers realize Ingram-Lopez is unconscious. They remove the blankets and begin performing CPR on him while waiting for medical personnel to arrive.

The officers at one point thought Ingram-Lopez had overdosed and administered Narcan to him to help try to revive him.

The autopsy report from the Pima County Medical Examiner says: “Opinion: In consideration of the known circumstances surrounding this death, the available medical history, and the examination of the remains, the cause of death is ascribed to sudden cardiac arrest in the setting of acute cocaine intoxication and physical restraint with cardiac left ventricular hypertrophy as a significant contributing condition."

The autopsy says the manner of death is “undetermined.”

The case is under review by the Pima County Attorney's Office. Magnus said he also requested that the FBI review it.

Information about the incident was not disclosed publicly earlier because it could have jeopardized any potential disciplinary actions against the officers involved, had they not resigned, a police news release said.

Magnus said the public should have been notified and that the department has taken steps to make sure that going forward, "any in-custody death is immediately brought to the public's attention."

“There have also been questions asked about why it took so long for those of us at an executive level within the department to become aware of the very troubling actions of the officers as seen in the body-worn camera footage,” he said. “Although we were briefed the day following the incident, we did not view the footage at that time and frankly, that’s something we should have done.”

Magnus said the footage was shown to investigators immediately, however.

He said the department has since implemented a policy that requires at least two chiefs to review footage from in-custody deaths within 48 hours.

Magnus said he accepts responsibility for both of those “serious missteps."

"Although I believe neither was the result of any sort of malevolence or deliberate attempt to hide anything, I realize that given the times we’re in, any mistakes of this kind are viewed with great suspicion and contribute to the lack of trust in the police," he said, adding that he believes TPD works hard "every single day to earn and sustain that trust."

"But to demonstrate my willingness, to take accountability for these mistakes, I am offering my resignation to the mayor, city council and city manager which they can accept or handle as they deem appropriate," he said.

"In the video, we see a person who is clearly distressed, asking for water, asking for help, asking for his nana," she said. "Now we must center the conversation on police accountability and transparency."

"When officers do not perform as trained, they need to be held accountable," she said, though she added that the actions of the three officers involved in the incident "aren't reflective of the department."

She said she's proposing "framework to change how we serve our community," in ways such as immediately notifying the mayor, city council and the community of any in-custody deaths, and making changes to the community police advisory review board. She also proposed a "community safety pilot division to reimagine how we provide safety to our community." She suggested bringing in services for mental health, social workers and drug dependency specialists.

This is a breaking story. Follow tucson.com for updates.

Three police officers involved in April 21 incident have all resigned from the department.

The proposed budget, which will go into effect July 1, has been significantly modified to account for the economic impacts of the COVID-19 pandemic.

All of Pima County’s hospitals and medical centers are now using the state’s health-care emergency hotline to take in or move those seriously or critically ill with COVID-19.

Family-run restaurant on Tucson's south side wants to see the number of cases statewide go down and its employees act responsibly outside of work to slow the spread of COVID 19. 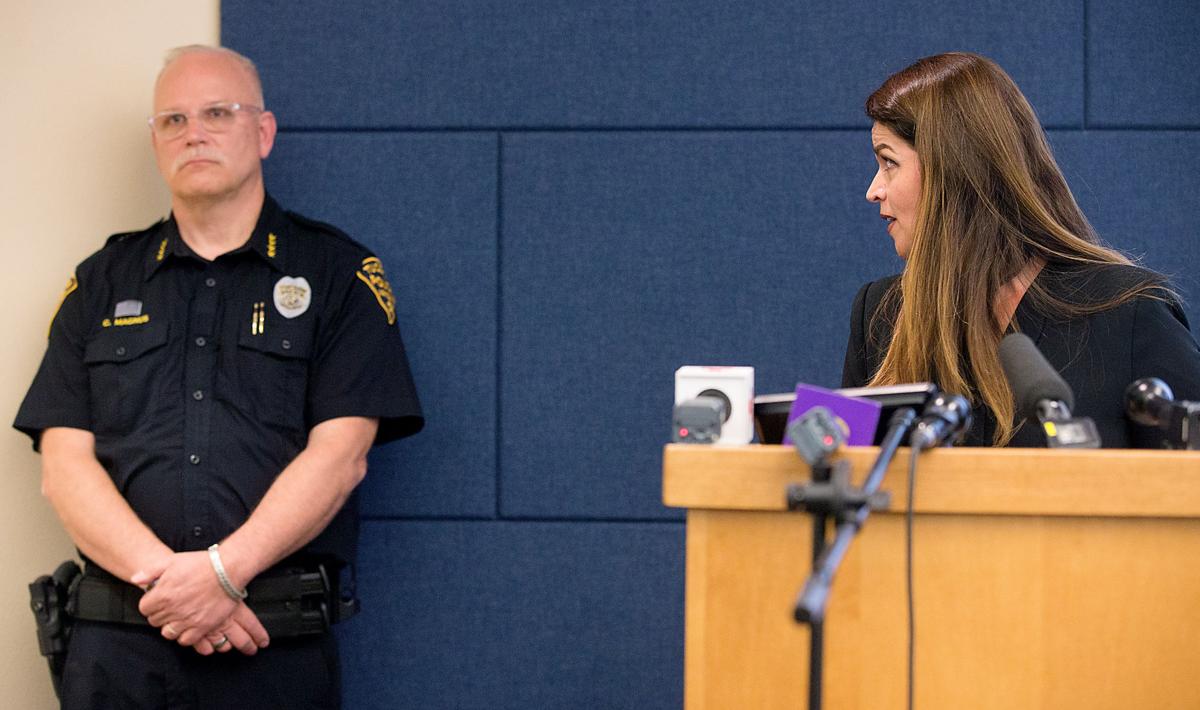 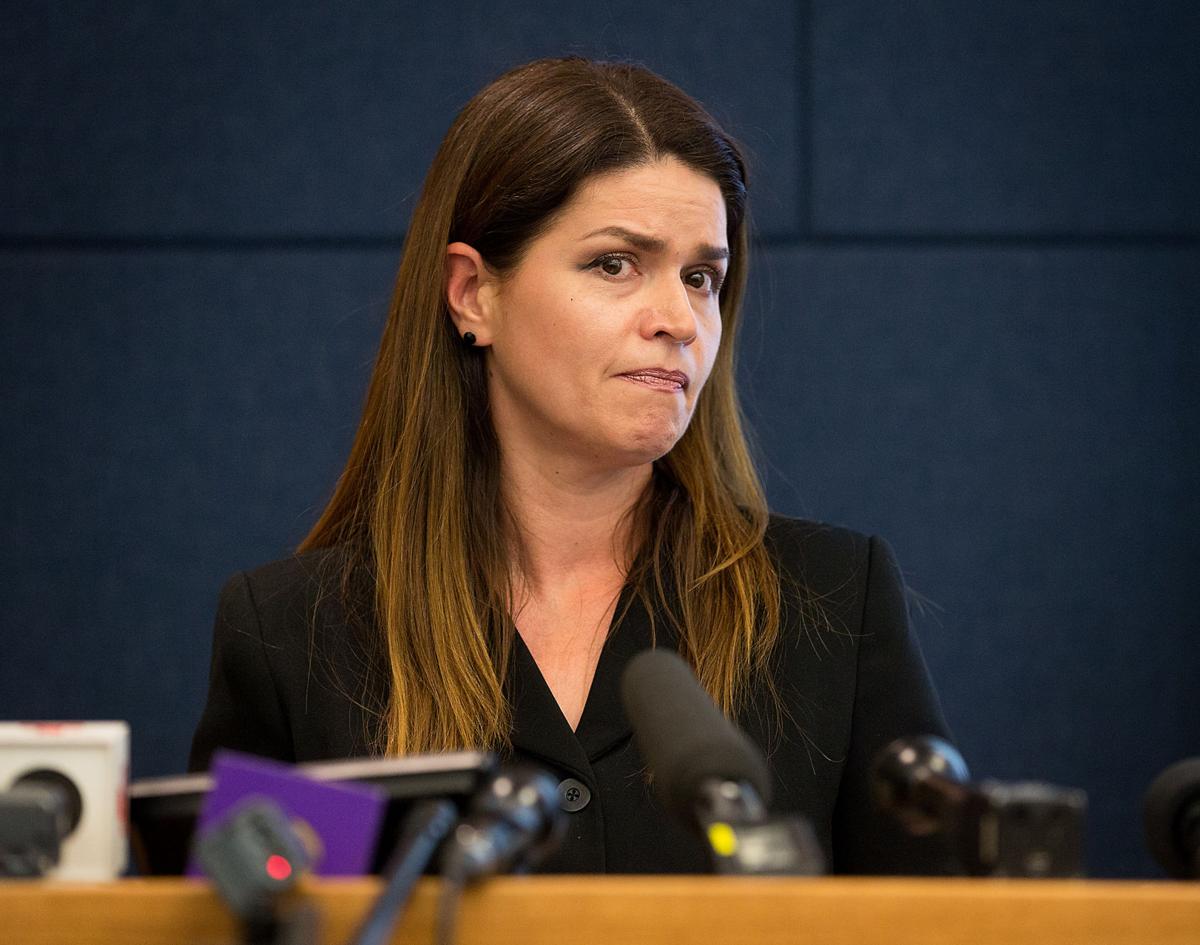 Tucson City Mayor Regina Romero becomes emotional as she expressed her outrage over the death of Carlos Ingram-Lopez, who died in Tucson police custody on April 21. Tucson Police Chief Chris Magnus offered his resignation during the press conference on June 24, 2020. 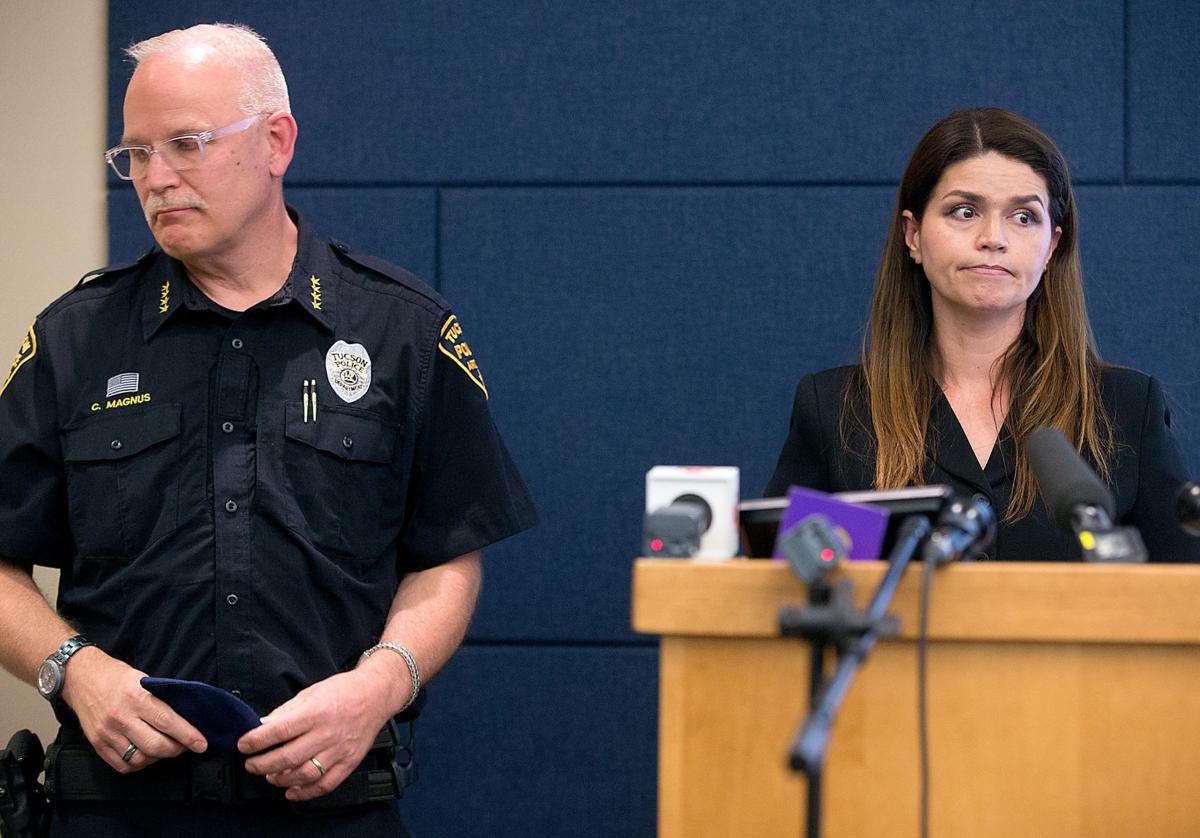 Tucson Police Chief Chris Magnus, left, and Tucson City Mayor Regina Romero during a press conference regarding the in-custody death of Carlos Ingram-Lopez on April 21. Magnus offered his resignation during the press conference on June 24, 2020. 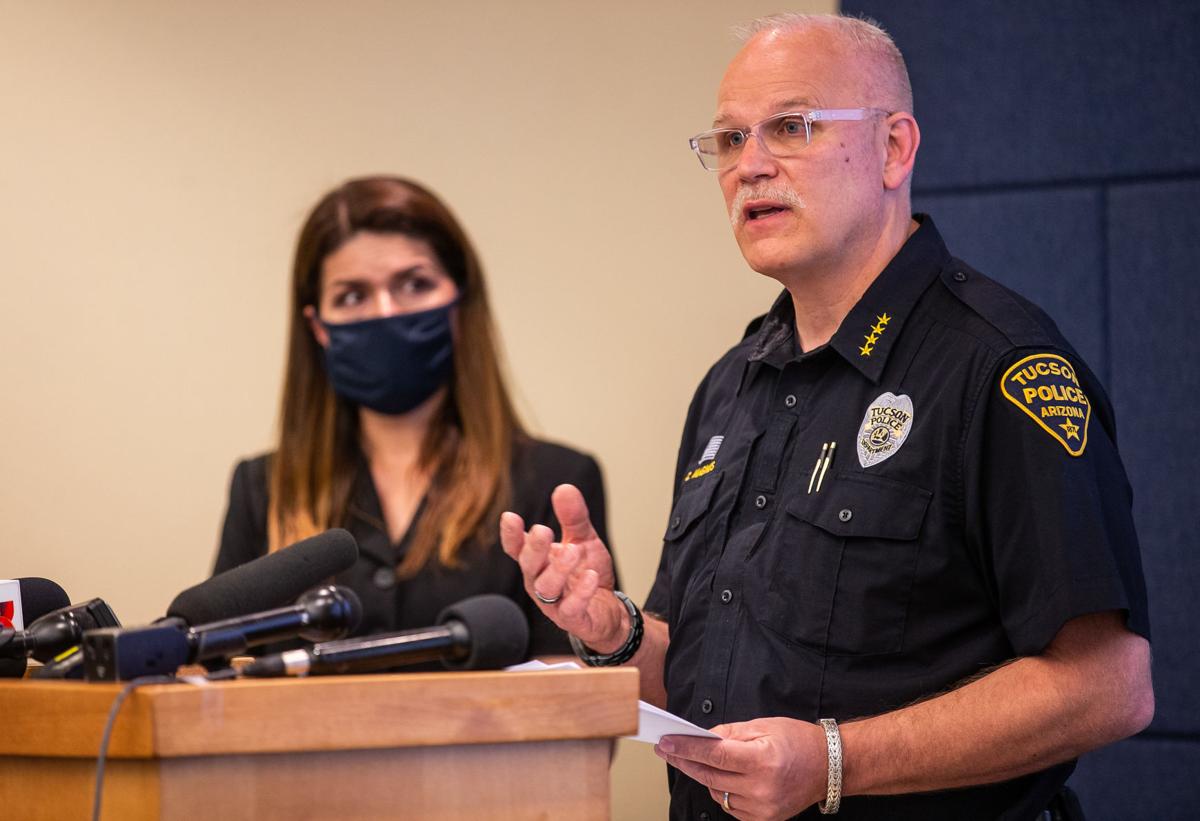 Tucson Police Chief Chris Magnus, right, and Mayor Regina Romero during a press conference on June 24, 2020 about the in-custody death of Carlos Ingram-Lopez of Tucson in April.