Tucson police have identified the young man found dead in the parking lot of a bank on the city's southwest side Wednesday morning, officials said.

A passerby called police about 6:30 a.m.. reporting an unresponsive man lying in the parking lot of a bank at 1801 W. Ajo Way, at the intersection of South Mission Road, said Sgt. Pete Dugan, a police spokesman.

He said the man, identified as 20-year-old David Alvarez, had obvious signs of trauma.

After learning he was affiliated with a gang, detectives with the police gang unit were called in to help investigate. It is uncertain if the homicide was related to gang activity, the department said.

Anyone with information is asked to call 911 or 88-CRIME, the anonymous tipster line.

Bill to use money to fund highway patrol is awaiting governor's signature.

Rep. Martha McSally says she was sexually abused by coach as a teen

MEXICO CITY — The remnants of a caravan of Central American migrants protested in northern Mexico on Monday, even as once again they drew angr…

Visitors got about five minutes Monday with “Rosie” the corpse flower (Amorphophallus titanum), one of the world’s largest and rarest flowers,…

PEACH SPRINGS – As downstream rapids roar, multicolored rafts line Diamondhead Beach at the base of the Grand Canyon.

Tucson comedy, dinner theater, poetry and theater for May 3-11

Tucson weather: A sunny weekend in the 90s

The last weekend of April is upon us with temperatures today and Saturday in the mid-90s and Sunday in the low 90s. Winds today are east south…

If approved, 60 percent of the money raised would go to teacher salaries.

Tucson Police detectives search for evidence at a homicide scene outside the Bank of America at Mission Road and Ajo Way on April 25, 2018. 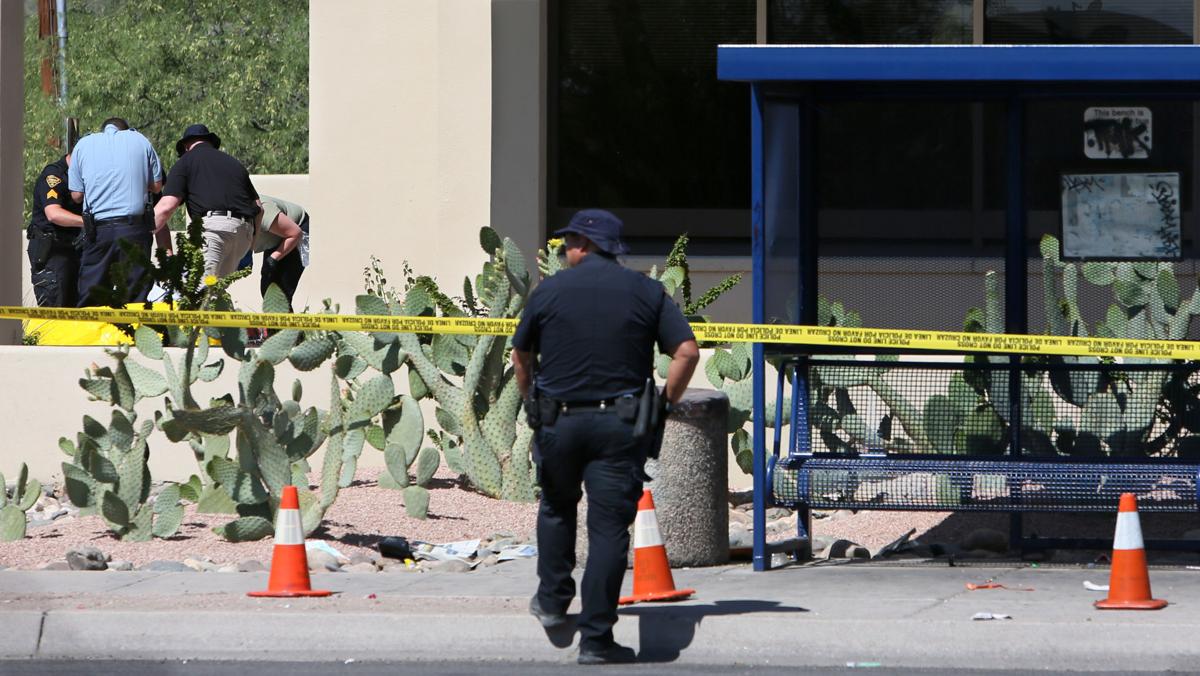 While a patrol officer protects evidence, Tucson Police detectives, patrol officers and the Pima County Medical Examiner prepare the body for transport at a homicide scene outside the Bank of America at Mission Road and Ajo Way on April 25, 2018.