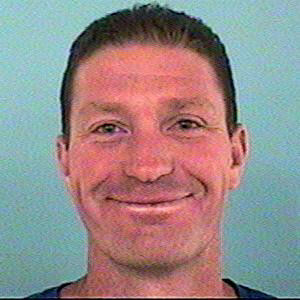 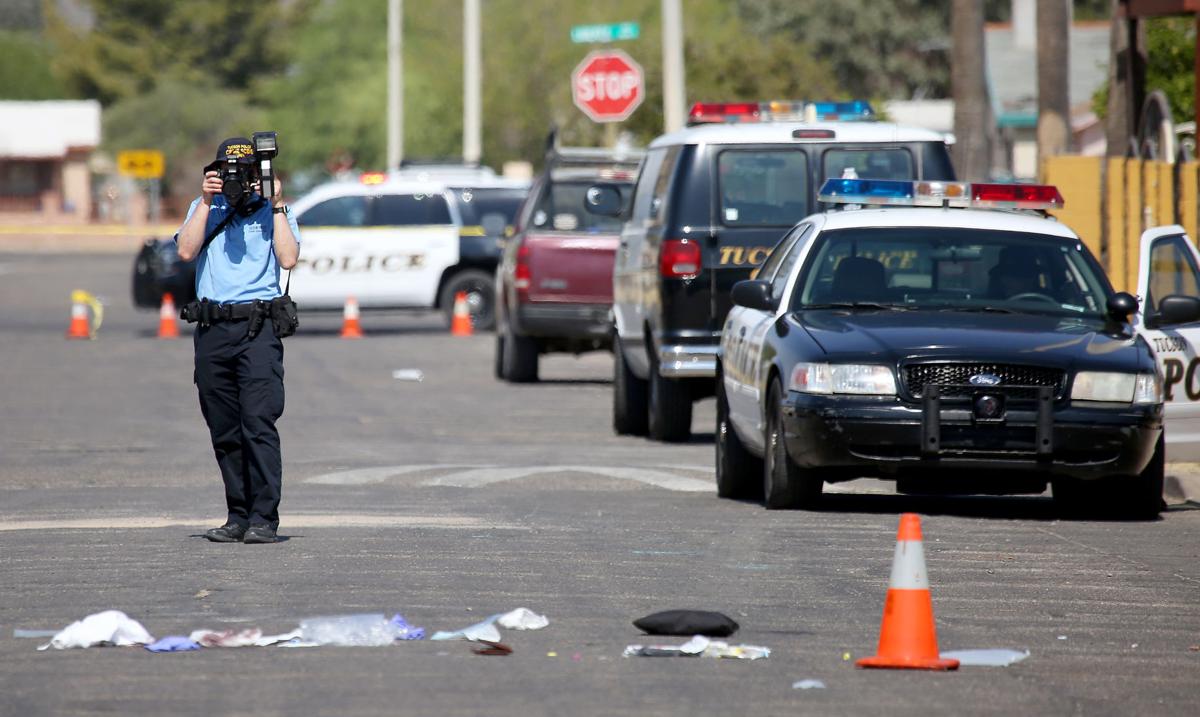 A member of the crime scene unit from the Tucson Police Department investigates a shooting where a man was killed and a woman seriously injured in an early morning shooting on June 07, 2018 in the 200 block of West Illinois Street, near West Irvington Road and South Sixth Avenue.

Police are searching for a man in connection with killing a 54-year-old man and seriously injuring a woman in a shooting Thursday on the city's south side.

Daniel Miller, 37, fled from the 200 block of West Illinois Street after shooting his ex-girlfriend and Michael Grove, police say.

Grove died at a hospital and the woman, who police did not publicly identify,  was listed in critical condition, said Sgt. Pete Dugan, a police spokesman.

The shooting happened just after 7 a.m. outside of a house near West Irvington Road and South Sixth Avenue, Dugan said.

Officers found Grove and the woman with gunshot wounds laying in the street.

Investigators say Grove was visiting the woman at her house when Miller arrived. Sometime later, Miller shot both of them with a handgun.

Detectives obtained an arrest warrant for Miller for first-degree murder and one count of attempted murder.

Some witnesses have come forward, but TPD is asking anyone with information about his whereabouts to call 911 or 88-CRIME, an anonymous tipster hotline.

Police are looking for a male suspect who left the scene before officers arrived.

Craig Carter was transferred to the Eloy prison on June 1.

Dive-bombing Cooper's hawks? They're just warning you to stay away from nests

State game officials is receiving calls about Tucsonans being "attacked" by Cooper's hawks, but they explain the birds aren't really attacking.

The suspects were arrested in a stolen vehicle.

Man is being held in jail without bond.

Police officers who punched Arizona man: He was prepping to fight

Police involved in the beating of an Arizona man who on video doesn't appear to resist or attack officers say his body language was projecting that he was prepping to fight.

Emails: Gary Pierce did political work for Arizona utility he was supposed to regulate

Bourdain was found unresponsive Friday morning by friend and chef Eric Ripert, and calling his death a suicide.

Today's high temperature will be 6 to 7 degrees above normal.

Lightning-caused wildfire has burned about 8,000 acres near Bisbee

A fire reportedly started by a lightning strike is burning north of Bisbee, officials said.

The man will be sentenced more than one year after the fatal shooting.

The man is in custody after being in a standoff with police.

A member of the crime scene unit from the Tucson Police Department investigates a shooting where a man was killed and a woman seriously injured in an early morning shooting on June 07, 2018 in the 200 block of West Illinois Street, near West Irvington Road and South Sixth Avenue.