A cheering crowd of about 2,000 greeted the decorated fighter pilot as he stepped onto the red carpet at Davis-Monthan Air Force Base 20 days after his release from the notorious “Hanoi Hilton,” where he was held — and tortured — alongside fellow POW John McCain.

Glenn Van Loan, who was 11 at the time, remembers people in the crowd handing his father the POW bracelets they had been wearing for him, loading him up with the engraved metal bands until his arms were covered with them.

“Tucson was amazing to receive him back that way,” Glenn said.

Tucson’s first prisoner of the Vietnam War died Oct. 13 at his home in South Carolina. He was 87.

Jack Van Loan was born Dec. 16, 1931, in Eugene, Oregon. He earned a degree in business administration from Oregon State College and joined the Air Force in 1954.

After several postings, he ended up at Davis-Monthan, where he trained to fly F-4 Phantom fighter jets before being sent to Southeast Asia in December 1966.

He and his backseat copilot, Lt. Joe Milligan, were shot down and captured on May 20, 1967.

The two men were held prisoner until early 1973, when they were released about a month apart as part of the Paris Peace Accords that ended the war.

An account in the March 25, 1973, edition of the Arizona Daily Star described Van Loan’s arrival back at Davis-Monthan.

“Today you’re looking at a very happy airman,” Van Loan told the crowd gathered at the base. “I am happy to return to my wonderful wife and three fine sons who never gave up hope, never quit.”

After the ceremony, the family was chauffeured home in a convertible with a police escort.

Verna Van Loan said it felt like they were in a parade, with people lining the streets near the boys’ elementary school and all around the family’s southeast-side home.

“It was a huge welcome. Jack was overwhelmed. We all were,” she said.

Jack and Verna were married in 1957 in Scotland, where he was stationed at the time. They returned to the states and eventually wound up at Davis-Monthan for a flight training assignment they expected to last about a year.

“We settled into Tucson thinking it was temporary,” Verna said.

Then her husband was shipped off to Thailand and shot down over Vietnam six months later, “so we just stayed put,” she said.

More than two years passed with no word about Van Loan’s fate. Verna said her husband was listed as missing. She didn’t know if he was alive or dead.

Once she learned he was being held captive, she joined with four other wives of missing servicemen on an all-out media blitz aimed at pressuring the North Vietnamese to identify and release their war prisoners.

She said she partnered with what was then known as the Tucson Daily Citizen on a fundraiser that sent them on a six-week, 11-nation tour to bring awareness to the plight of POWs.

“She went to Paris to try to influence the peace talks,” Glenn said.

“Jack was shocked when he came home and found out all we’d been doing,” Verna said.

Through it all, Verna said she never gave up hope that her husband would return home safely.

But she admits now that she wasn’t prepared for what their life would be like when he did. Their marriage fell apart less than a year after Van Loan’s return.

“He was a wonderful husband, and I blame the Vietnam War for our divorce,” Verna said. “Six years is a lifetime. Jack had a really hard adjustment to make, and on the other side of the coin so did I. We were just too changed.”

A subsequent legal fight over his military retirement benefits — a case eventually decided in Verna’s favor by the Arizona Supreme Court — led to more bad blood.

After the divorce, Glenn went to live with his dad for several years, bouncing around from base to base while his brothers stayed in Tucson with their mom.

Verna said her experience here during the war convinced her she never wanted to live anywhere else.

“Where would I find a town that welcomed me so warmly and gave me so much help?” she said.

Verna said she wants her first husband to be remembered as a hero, a patriot and a man of principle. “He always had that in his mind: What’s best for the country,” she said.

“He’s one of those rare individuals who had a lifelong love affair with an idea, and that idea was America,” he said.

“My dad is alive”

Every year on March 4, the anniversary of Van Loan’s release, the family would celebrate what they called Freedom Day.

One year, his sons presented him with a special Freedom Day gift: a large handmade pin Steven, the oldest, used to wear in 1969, before the family found out Van Loan had been captured. The pin read, “My dad is alive.”

Van Loan retired from the Air Force as a full colonel in 1984 and settled in Columbia, South Carolina, where he spent 20 years as the executive director of a local civic organization. A statute of him emerging from wartime captivity now stands in the city’s popular Five Points shopping district.

Before his death, he published a detailed account of his experience during the war called “Chained Eagles, The Story of Col. Jack Van Loan and the Vietnam POWs in North Vietnam.”

According to “The State” newspaper in Columbia, the mayor ordered flags to be flown at half-staff in the city last week in Van Loan’s honor.

A memorial service will be held Saturday in Columbia, at Five Points, near his statue in Centennial Plaza.

Glenn said the ceremony is expected to include an honor guard, a 21-gun salute and a flyover by Air Force jets in the missing-man formation.

5 decades ago, Vietnam War started to alter Tucson and its children

It was 1965 — and the father of a Duffy Elementary fourth-grader became the first Tucsonan confirmed to have died in Vietnam.

From the Old Pueblo, Federico and Perfecto's story of war, friendship and family love

World War I brought together two Tucsonans 100 years ago.

When a Picture Rocks woman heard a noise and noticed her window screen was broken on Sunday, she wasn't sure if a person broke into her home o… 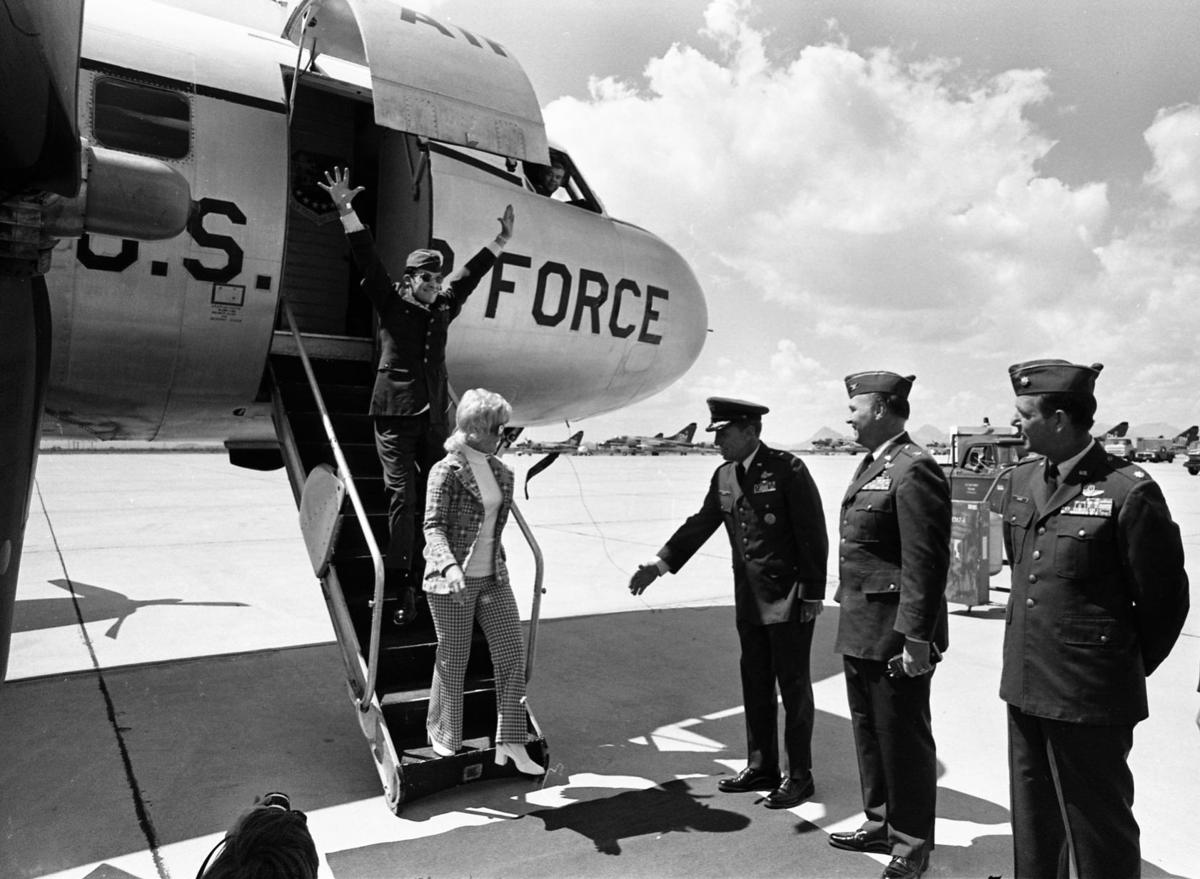 A triumphant Lt. Col. Jack Van Loan greeted a crowd of nearly 2,000 people at Davis-Monthan Air Force Base on March 24, 1973, after he was released from captivity in North Vietnam. Van Loan spent nearly six years in a North Vietnamese prison. 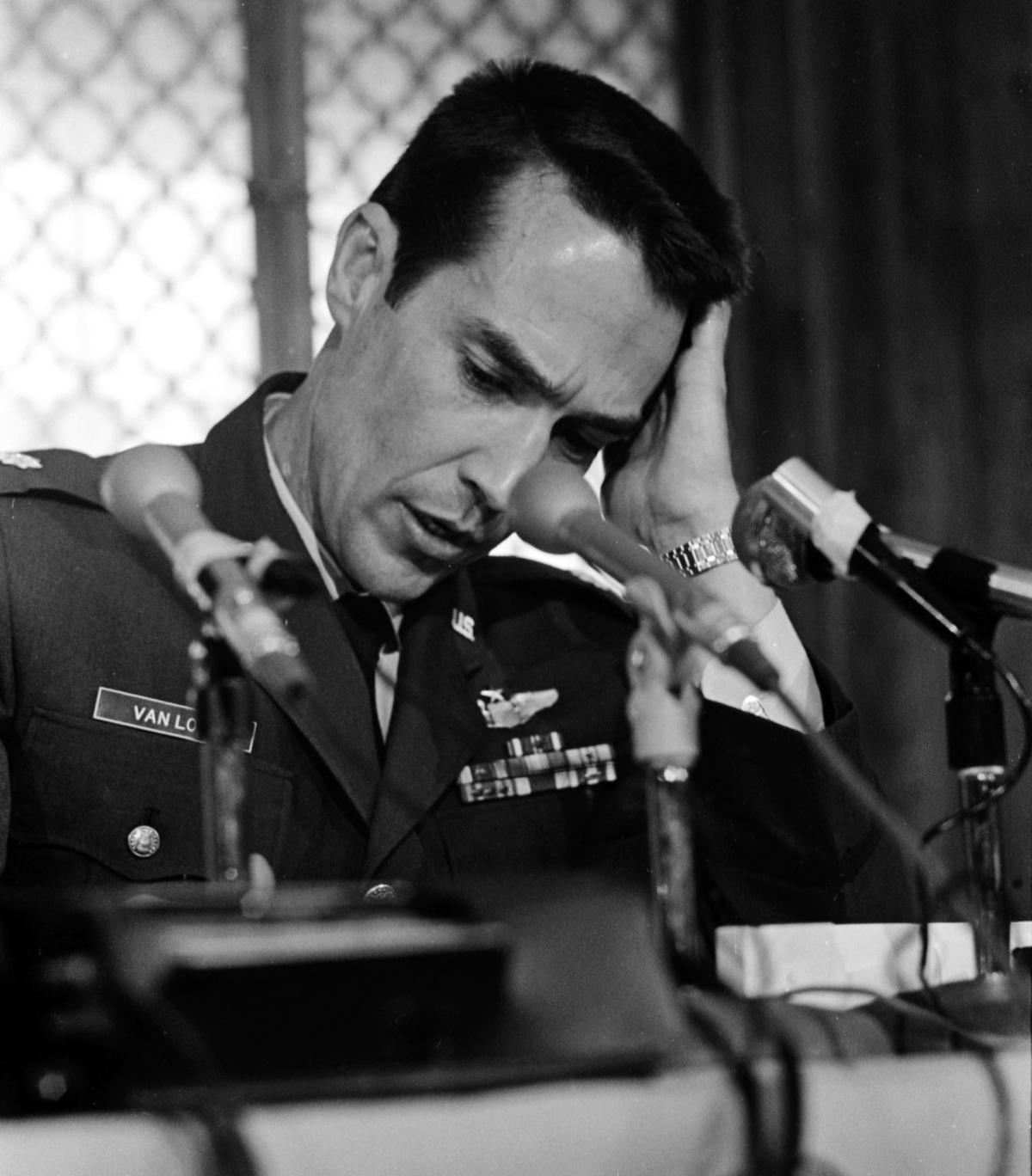 Van Loan came to Davis-Monthan to train to fly F-4 Phantom fighter jets before being sent to Southeast Asia in 1966. 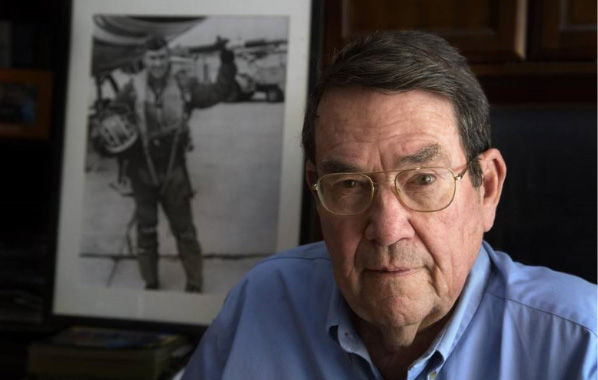 Jack Van Loan was held captive in Vietnam. His POW experiences are detailed in, “Chained Eagles, The Story of Col. Jack Van Loan and the Vietnam POWs in North Vietnam.”