Tucson Police Chief Chris Magnus has confronted challenges since he took over the department in January. He has met them and said he looks forward to working to make the force one of the best in the country.

Magnus recently learned that the police department was among 15 agencies selected nationwide to become a model of best practices in law enforcement and in strengthening relationships between officers and the community.

The department was selected as part of an initiative to provide support in advancing the recommendations of President Obama’s Task Force on 21st Century Policing. Experts will work with the department by providing hands-on assessments and technical support to advance its policing practices.

Among the focuses are building trust and legitimacy, policy and oversight, technology and social media, community policing and crime reduction, training and education, and officer wellness and safety.

“We will be tracked for a year on how to implement it. Within that year we want to produce a template that will become a national model,” said Magnus. “We will work to make it real.”

In an interview this week, Magnus also gave a synopsis of his major accomplishments — with the help of his command staff — during the past five months. Among the top was a reorganization of the force to beef up patrols so officers can work closely with neighborhoods to solve crime, and the purchase of new equipment, including cellphones for cops.

The cellphones will be distributed this month, and he said new patrol cars to replace an aging fleet are expected soon.

Under his proposed budget is a plan to save the city $14.5 million by mid-2017. It has the support of City Manager Michael Ortega, who he also has asked for a $7 million “rebate” from the savings, for department needs including new uniforms, patrol cars, cellphones and officer training.

The current police department budget is $168 million. On Tuesday, the City Council is expected to approve the proposed police operating budget of $160 million.

“We worked really hard to make a significant reduction in our budget to help contribute to the larger fiscal health of the city,” said Magnus. He said the department would drop from about 900 sworn officers to about 830 by fiscal year 2017.

Jason Winsky, government affairs director for the Tucson Police Officers Association, said the union understands why the decision was made to do the department reorganization, “but the bottom line is when we get down to 850 cops or lower that simply will not be enough officers to effectively police the city.”

“We are looking forward to regrowing the organization as fast as we can,” Winsky said. “As a community we are going to have to prioritize public safety and a component of that is going to be competitive compensation for police officers,” he said.

Magnus agreed with the importance of hiring more officers as soon as the budget allows.

The chief defines the patrol officer as the backbone of the department, and he said the reorganization has strengthened patrol — a necessary point for officer safety.

Starting in May, about 75 officers were placed back into squad cars patrolling the city. “We have really been understaffed in our patrol function. This has been a source of frustration for many people and officers as well,” Magnus said.

Detectives also began leaving their desks at the main station and moving back to divisions to work closer with patrol units in solving crimes. Lieutenants are also riding in patrol cars and working with officers on their beats.

“We are making a real commitment to full service policing, which means not only responding to calls for service but also being much more proactive in neighborhoods and focusing on residents’ priorities,” said Magnus.

“We are trying to build our relationships at the street level with folks, neighborhood groups, schools, faith communities, businesses and nonprofit agencies who are partnering with us to help prevent and solve crime,” the chief said. “This all will take time, and we are working on it.”

Magnus said he also is looking to get crime data into the hands of officers quickly. More crime analysis personnel need to be trained in using a new computer system that provides “real time” data, he said.

He cited property crime as an example that would be tackled through the computer system. It would show where the problem areas are and the data would be given to the officers so they could come up with a plan to combat the problem, including the use of extra patrols, undercover operations and talking to residents about prevention methods.

Data could also show who just got out of prison, or is on parole or probation and has a history of burglaries. The information would be shared with officers and sergeants who could pay people a visit, Magnus said.

“This type of policing could be done to solve quality-of-life and traffic issues in neighborhoods. I want residents to have the best relationship with officers who are taking ownership of their beat, and who have the tools and resources to do problem-solving,” he said.

Mental health and substance abuse issues also need to be tackled, the chief said. He said commanders are doing research to come up with models and proposed plans to work with social service agencies to aid people released from prison or jail.

“They need resources, training skills and a change in lifestyle to keep them out of crime, or from becoming homeless,” he said. Magnus said depending on the crime, some may qualify for innovative programs that would be an alternative to jail and provide substance abuse treatment.

Another concern, said Magnus, is Santa Rita Park on South Fourth Avenue at East 22nd Street. Two homicides — one last year and one this year — occurred in the park, and arrests were made in both crimes.

The longtime park, home to ball teams and to a skate park, is also frequented by homeless people — some with substance abuse problems.

“People who live around there are freaked out about what is going on at this park. People who work there (parks and recreation employees) are extremely unhappy about it. We need to be involved in a bigger way. I can’t do anything about those two murders. They are tragedies. My goal moving forward is how do I prevent that from happening again,” Magnus said.

The fire appeared to have started in the center’s yard, where donated items are kept.

Magnus said he was hired to make difficult decisions about staffing, operations.

Chief Magnus looking to reorganize how downtown is policed

Possible changes include moving patrol cars to other areas of city.

These are excerpts from online reader comments on one of this week’s most talked-about stories. Join the conversation at Facebook.com/ArizonaD…

The new team will work alongside Magnus in leading the department. 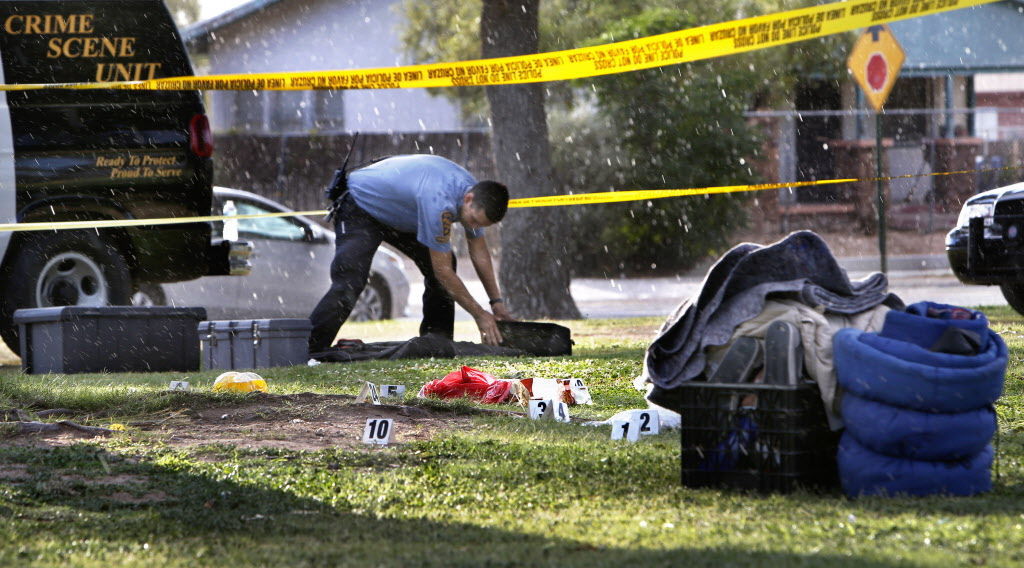 Santa Rita Park, the site of two homicides in the past two years, is one of the areas of concern for Police Chief Chris Magnus. “We need to be involved in a bigger way,” says Magnus, who took over the department in January. 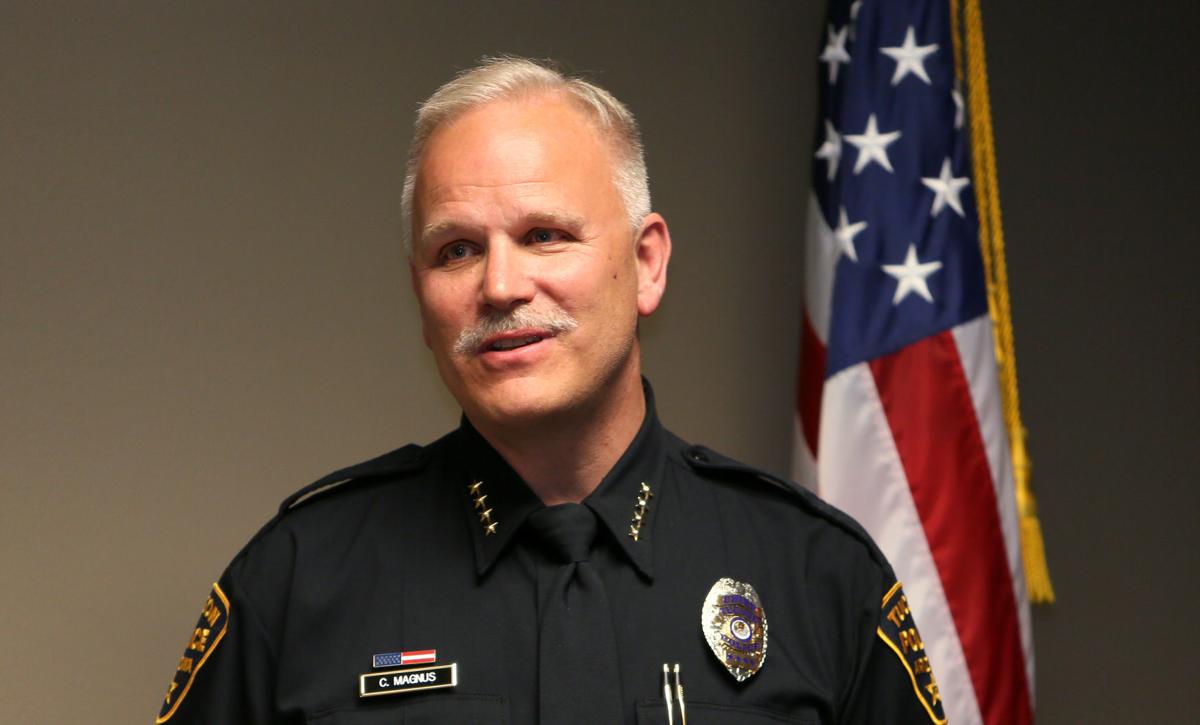