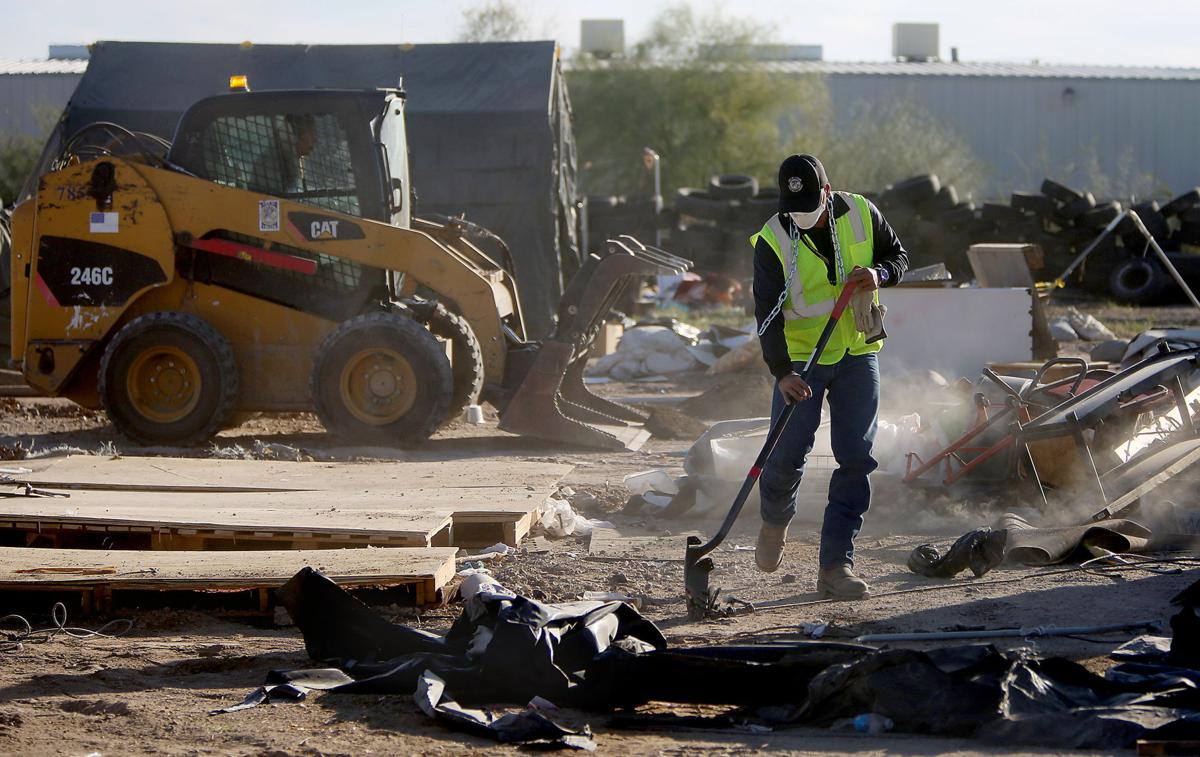 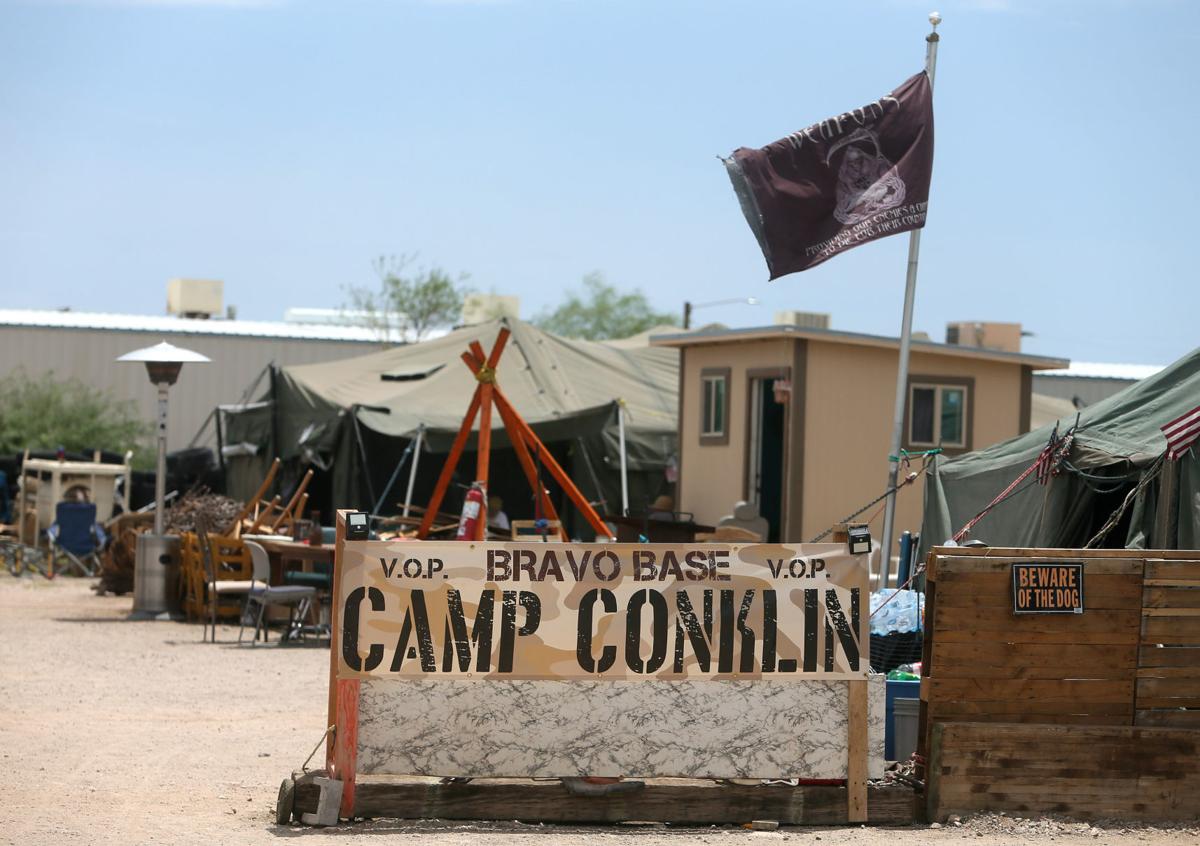 City officials plan to shut down Bravo Base, aka Camp Conklin, which is located north of Santa Rita Park south of downtown Tucson. 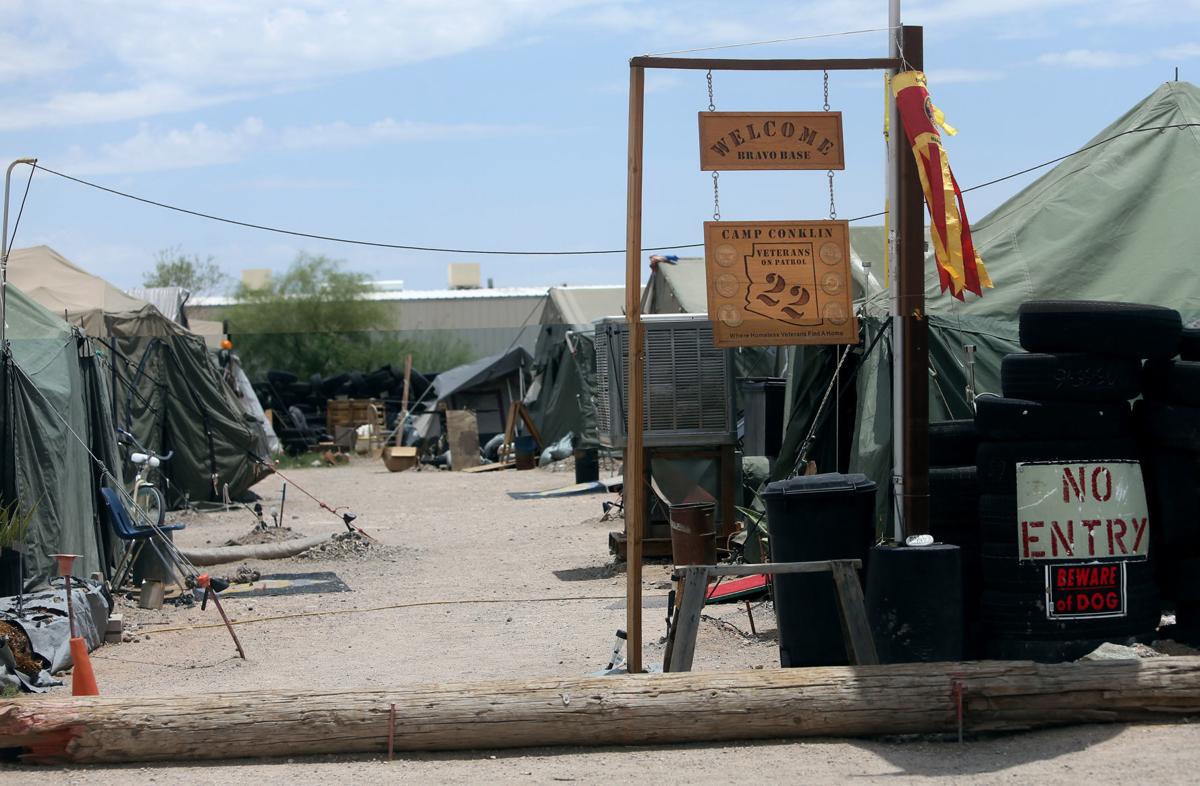 The camp will close because of health and safety violations. Confrontations with nearby residents have also occurred.

City officials plan to have everyone at Bravo Base in temporary housing by Monday so the camp area can be cleaned up. The goal will then be to find permanent housing for camp residents.

The camp, also known as Camp Conklin, received notice on Thursday night to vacate within 72 hours. City officials and homeless-outreach groups will head into the camp near East 22nd Street and South Fourth Avenue, just north of Santa Rita Park, on Monday to connect people to housing and transportation.

The city’s main partner in this endeavor, Old Pueblo Community Services, will help those who want it with temporary housing and behavioral health services.

The agency has 28 temporary beds, its CEO Tom Litwicki said. The beds are mostly in two-bedroom apartments that can house two to four people.

The temporary beds are in “low-barrier” housing, meaning people can stay there with pets or as couples. Occupants also don’t have to be sober, like some temporary housing, although they aren’t allowed to bring drugs or alcohol into the apartments.

Once people are in temporary housing, the agency can help them find permanent housing, employment and other necessary resources.

“We’re going to go out there and try to get folks into housing anyway we can,” Litwicki said. “In the end, the big picture is that’ll be better for the people living there, and it will be better for that neighborhood.”

He said those neighbors are grateful city officials are trying to clean up the camp and get the people living there services they need.

“I really don’t think this is a negative,” Kozachik said. “The way we’re doing it has a compassionate side to it.”

Kozachik said the camp has been rampant with dangerous code violations for some time. People are living and cooking in tents, running gas generators with dangerously placed extension cords, improperly disposing of human waste and piling tires well above human height as a makeshift perimeter.

The city cited the property’s owner, neighboring business HMS Fasteners owner Ian Ornstein, for multiple health and safety violations over two months ago, officials said. The city reached an agreement with Ornstein to work together to get residents into housing, clean up and close the site.

City officials plan to have everyone out of the camp — and hopefully into housing — by Monday night so they can start the cleanup, which could take some time.

Bravo Base has received more attention lately because of Veterans on Patrol, a militia-style group that consists of Bravo Base founder Lewis Arthur and some of its occupants. The group received national attention over the summer when they found what appeared to be an abandoned homeless camp and claimed it was the epicenter of a child sex-trafficking ring. There was no evidence to support the group’s claim.

Arthur himself is not a veteran. And while some inhabitants of Bravo Base are veterans, city officials say it seems like more of the people living there are not.

Homeless outreach groups have been out at the camp for months, working on connecting people to housing and other services they need, said city spokesman Andrew Squire.

“We’re really trying to do this as compassionately as possible,” he said. “But we also can’t let people create residential complexes where they can’t be.”

Hansen's Sunday Notebook: Salpointe Catholic's run to state title game is one for the ages

The Wildcats, who still can become bowl-eligible, surrender a school-record 55 points to the eighth-ranked Cougars in the first half.

Nearly 7 out of 10 Southern Arizona voters polled said they were satisfied with the outcome of midterm elections, a flash poll by the Arizona …

The Hotel Congress, then called the Congress Hotel, formally opened to the public Nov. 18, 1918.

Win is the second for the Mexican pro cyclist, who also took the 2008 Tucson Bicycle Classic.

Tucson weather: A damp Thanksgiving could be on the menu

Tucson man convicted of attempting to murder his girlfriend.

City officials plan to shut down Bravo Base, aka Camp Conklin, which is located north of Santa Rita Park south of downtown Tucson.

The camp will close because of health and safety violations. Confrontations with nearby residents have also occurred.

City officials plan to have everyone at Bravo Base in temporary housing by Monday so the camp area can be cleaned up. The goal will then be to find permanent housing for camp residents.