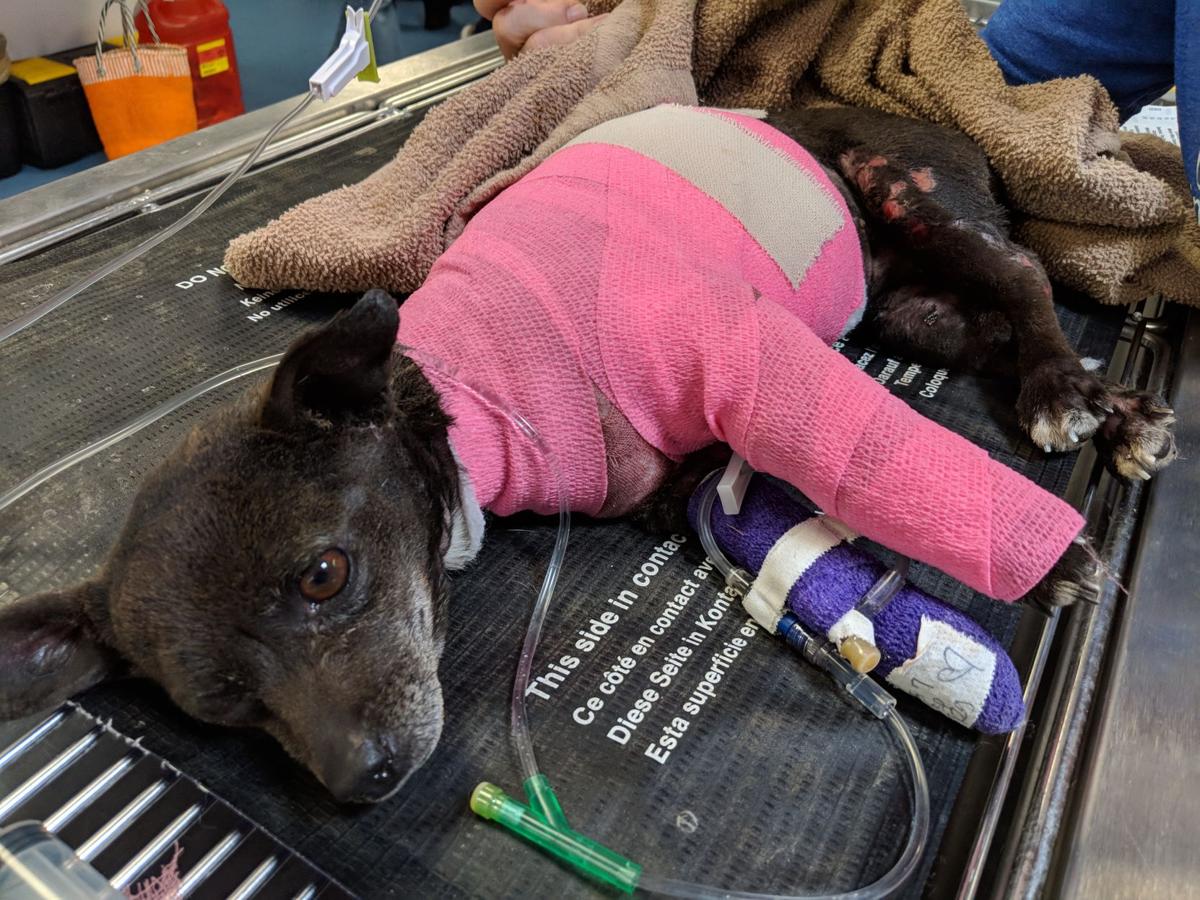 Lovely the dog was intentionally burned by a suspect who poured gasoline on her and set her afire, Tucson police say. 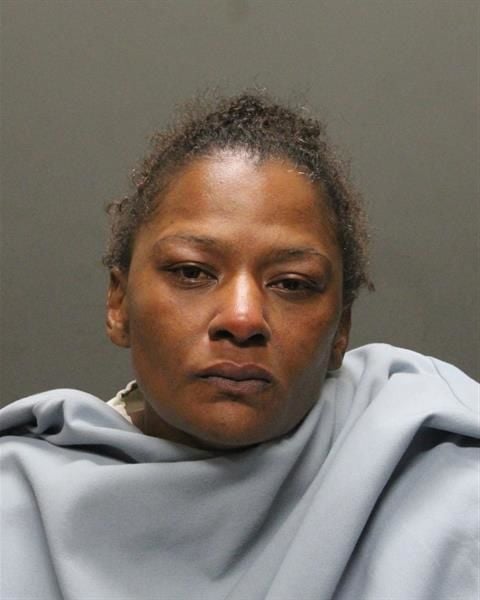 A Tucson woman faces three felony charges after police said she poured gasoline on a dog and part of a house and set them ablaze.

Dean Sherfield Finley, 39, is charged with animal cruelty, arson of an occupied structure and criminal damage in the incident in the 6900 block of East Vernice Street, near East Stella and South Kolb roads.

Firefighters were summoned to the home shortly before 1 p.m. on May 7 and found smoke and flames coming from the back of the house.

A Tucson Police Department news release said the suspect "intentionally set fire to the dog and the home."

A family member picked up the dog after noticing it looked wet and the suspect "lit the dog on fire,' the news release said.

The family member was able to douse the flames but the dog suffered burns and was taken to a veterinary hospital for treatment, it said.

The suspect "then lit the southeast corner of the home on fire," the release said.

The dog, named Lovely, was transferred to Pima Animal Care Center where she is receiving pain medication and specialized, around-the-clock treatment from a medical team, TPD said.

Shelter staff are hand-feeding the animal so she won't have to move any more than necessary.  If her condition stabilizes, she'll need a foster home to continue healing, the news release said.

"Lovely has a whole team of lifesavers behind her," PACC director Kristen Auerbach said in the TPD news release.

"This little dog has a tragic story and potentially life-threatening injuries but were going to do everything we can to save her and show her she is loved."

The specialized care is expected to be expensive and PACC is hoping to attract donations to help offset the cost.

Tucson man suspected of killing mother-in-law, attack on wife kills himself in jail

The body of 65-year-old Sachiko McClurg has not been found.

The store at South Sixth Avenue and East 30th Street was robbed on April 15.

Police vehicle strikes down suspect who shot at Tucson officer

Now charged with murder, multiple other offenses; body has not been found.

A highway crash involving a Sun Tran bus is under investigation in Tucson.

Authorities said they kidnapped their children during supervised DCS visit.

A Tucson felon nabbed in a 2005 FBI cocaine sting that targeted corrupt military personnel is headed back to federal prison, this time for rep…

Tucson legend Lisa Frank is suing a toy company for allegedly copying her designs of rainbow unicorns, dancing dolphins, and other fanciful creatures.

At least one gunman opened fire at a Houston-area high school Friday, killing eight to 10 people, most of them students, authorities said.

Steller Friday notebook: Did the cactus bring Amazon after all?

While Tucson wasn't chosen for Amazon's HQ, earlier this week officials confirmed an Amazon fulfillment center is coming to the Old Pueblo.

A Tucson man being retried on first-degree murder charges has been found guilty of killing a Phoenix couple in 2002.

A Safford man has beens sentenced 17 years in federal prison for distribution and possession of child pornography.

An Arizona Court of Appeals ruling says an Arizona law providing for stiffer sentences for use of a dangerous instrument in an attack only applies to cases in which the victim is a human, not an animal.

Lovely the dog was intentionally burned by a suspect who poured gasoline on her and set her afire, Tucson police say.