Her family also planned two birthday trips for her — one to Pinetop, the other to Santa Barbara.

Both were canceled amid the coronavirus pandemic that has gripped Tucson and the globe.

“She wasn’t mad or throwing a tantrum,” Dalia’s mom, Kelley Meshirer, says. “She was just heartbroken. She just started crying — she had the most grieving, sorrowful cry.”

Imagine Dalia’s surprise two weeks later when she stood in her driveway watching a parade of cars — including Oro Valley police cruisers and Golder Ranch fire engines — passing through her family’s street to wish her a happy birthday.

While stay-at-home orders and social distancing practices are putting a damper on traditional celebrations, communities are donning their creative thinking caps, rallying to connect in ways not seen before.

Meshirer got the idea from someone online. “OK, I can do that,” Meshirer said, before she posted details about Dalia’s celebration to her Facebook page, where she’s friends with some first responders.

Meshirer decided to keep the parade a secret from Dalia. The morning of her birthday, Meshirer took her to someone else’s car parade.

When Dalia and her mom were almost back to their Oro Valley home, a few cars were early and started to line the street.

“She was like, ‘Why are all these cars here?’” Meshirer says. “I was like, ‘Do you think they’re doing another birthday parade?’ and she’s like, ‘Today’s my birthday!’”

But Dalia just thought the parade would consist of the six cars she saw lined up. She didn’t know the parade would last the next 45 minutes, packed with about 30 of Meshirer’s Facebook friends, plus the waves of law enforcement officers who cruised by.

Dalia called it her “best birthday ever.”

“To have such a 180 from March 15 when she was so sad, to April 2 when she was so excited — it was the community that made that happen,” Meshirer says. “I couldn’t have pulled that off if they didn’t show up.”

“It exceeded my wildest dreams,” she says.

Another girl in the Tucson area had a similar experience — but hers was more of a social-distancing scavenger hunt.

McKenzie Ortega recently turned 7 and, like Dalia and many other kids, her party was canceled.

McKenzie’s mom Amanda Ortega posted in her neighborhood watch’s Facebook group and on the Nextdoor app, asking if neighbors could craft the number seven and stick it somewhere in their front yards. The plan, dubbed the “seven hunt,” was to drive through the neighborhood and count how many sevens they could find. It was an idea Ortega, a preschool teacher, had heard of through one of her students’ parents.

Ortega was expecting only a few people to put up signs.

Instead, neighbors from 50 to 60 houses — many of whom Ortega didn’t know — participated. It took an hour and a half for the Ortega family to wind through the Vail neighborhood.

Some neighbors put up several sevens in their yards, some wrote messages in chalk across their driveways. Others gave gifts to McKenzie, and at one house — where a mariachi group lives — McKenzie was serenaded.

“She kept saying, ‘This is my best day ever,’” Ortega says.

“They really made not only her day but our day,” Ortega says of her neighbors. “I had no idea how I was going to make this birthday special, but it was over-the-moon special.”

By the end of the night, McKenzie was wondering how she’d be able to send so many thank-you cards.

A few days later, Ortega set up a virtual chat with McKenzie’s friends and none other than a snow queen.

The snow queen is actually Stephanie Reed, who dresses as princesses for children’s birthday parties. She lives in Virginia, but her dad lives in Ortega’s neighborhood.

Although parties were canceled, Reed and a colleague wanted to find a way to give back and keep bringing the magic to kids — virtually. Reed doesn’t charge a fee, but she accepts tips.

“I think there’s a level of understanding that the kids have, depending on their age range, about what’s happening in the world right now,” Reed says, adding that when she’s in princess mode, she acts as though the pandemic is happening in her world, too.

Although the princess can’t be with the kids physically, Reed says they still get excited.

“I would say that there’s the same amount of excitement or they’re just extremely starstruck,” Reed says. “I was nervous starting out because I was wondering, virtually, how it’s going to be the same, and I would say I haven’t seen any difference.

“It just breaks up the isolation and gives people a little bit of joy back into their lives.”

Other ideas for a special occasion

Other things to do while home: Watch a live camera of zoo animals, stream movies from The Loft Cinema or tune in for a virtual story time.

Help us help you: Tucson groups are offering free food, services to those in need

Missing prom and graduation ceremonies may seem trivial compared to the devastation unleashed by the coronavirus pandemic, but for Tucson teens, it's a loss of lifelong memories.

In the coronavirus era, artists are finding new ways to create art.

Arizona Theatre Company is making the production available via streaming.

Joe Mooney started his channel about five years ago and now has more than 400,000 subscribers, with more than 47 million views across his 251 videos. 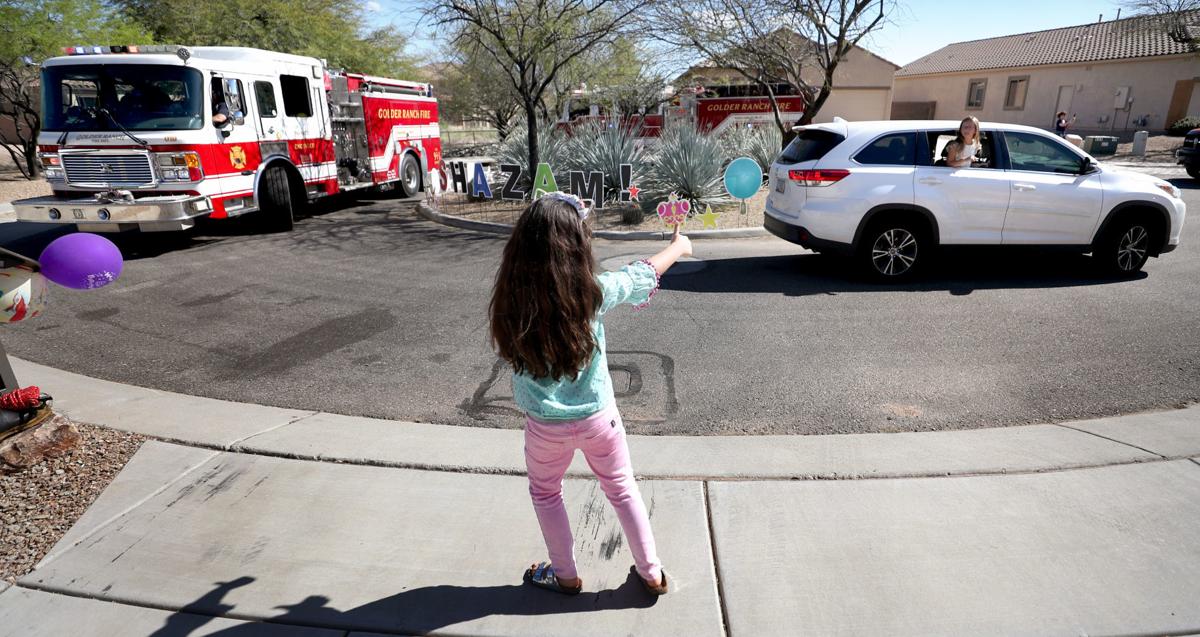 Dalia Meshirer waves to a friend as Golder Ranch Fire District trucks begin to roll by her Oro Valley home. Dalia called her eighth birthday her best ever. 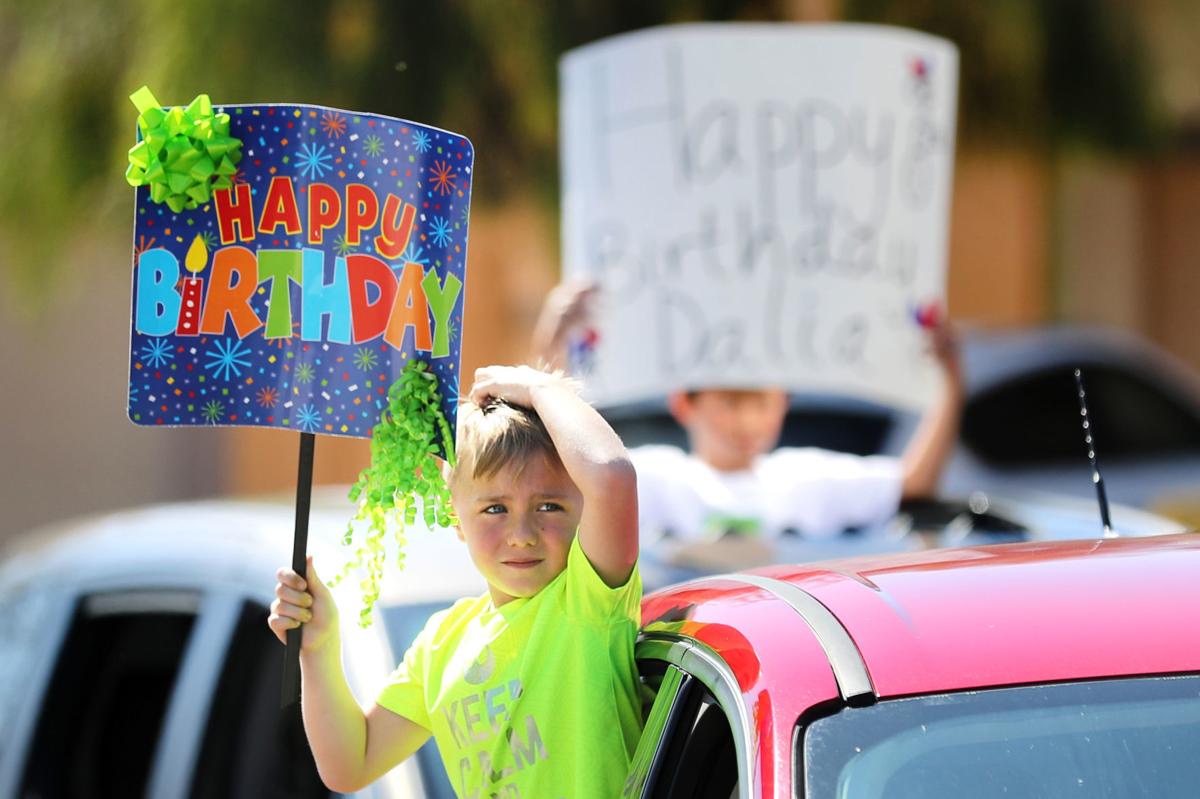 Levi Green was in line with dozens of friends and classmates waiting to pass by Dalia Meshirer’s home and wish her a happy eighth birthday. 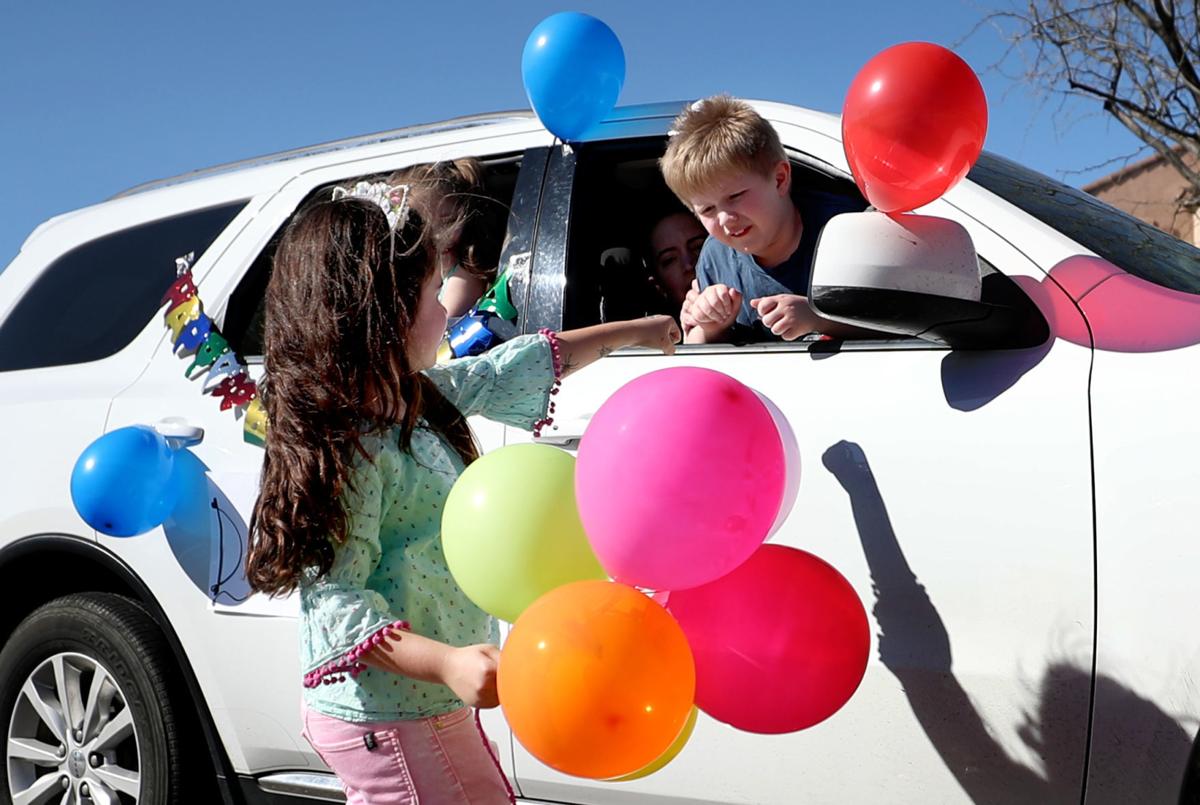 Dalia runs up to fist-bump Asher Green, one of the dozens of kids who showed up for her drive-by birthday parade, which her mom kept secret until the big day. 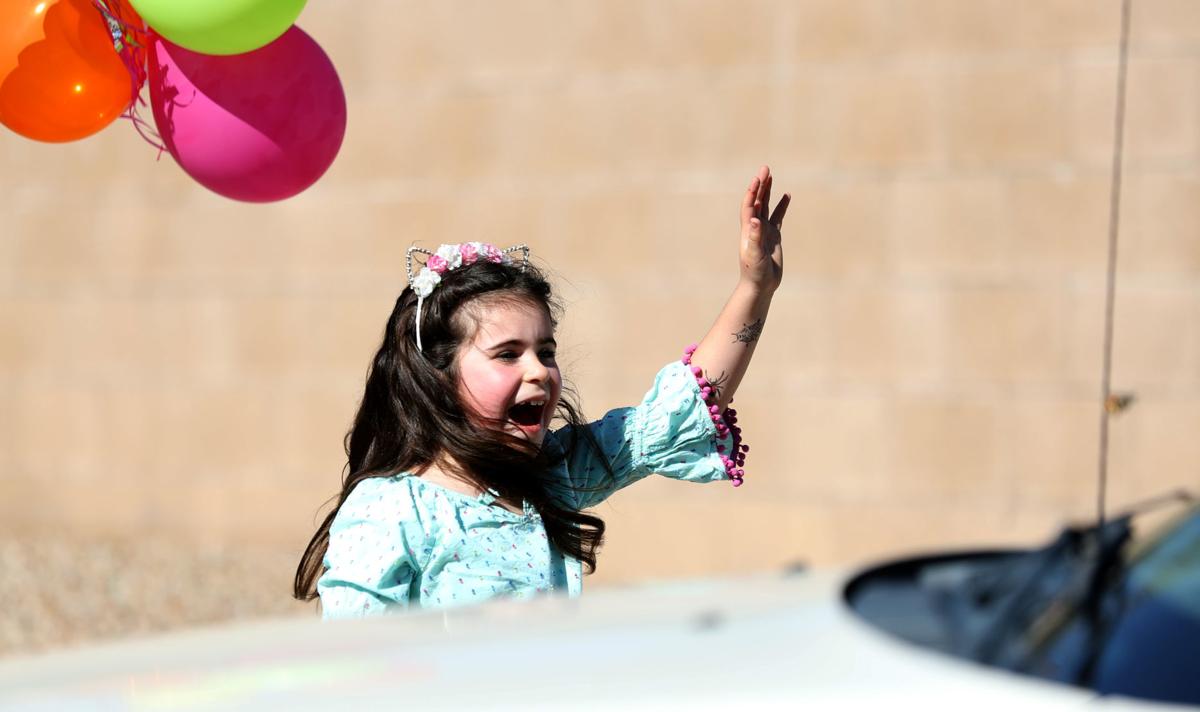 Upon learning her party was canceled, Dalia Meshirer let out “the most grieving, sorrowful cry,” her mom said. A little over two weeks later, she basked in her friends’ birthday wishes. 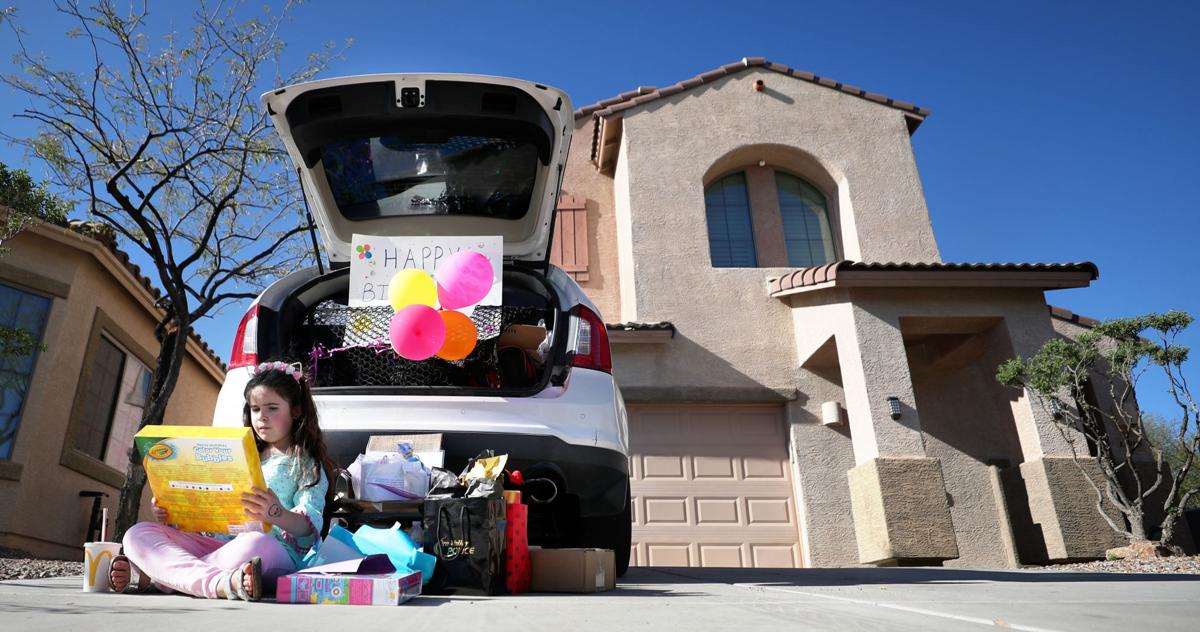 After celebrating a 45-minute drive-by birthday celebration in Oro Valley on April 2, Dalia took a moment minute to look through the gifts she received.