Patients who arrive at University of Arizona Medical Center with one of the gravest of injuries — a gunshot wound to the brain — are increasingly surviving, a new study finds.

A retrospective five-year study of 132 people who arrived at Southern Arizona’s lone top-level trauma center after taking a bullet to the brain shows a survival rate that began at 10 percent rose to nearly 50 percent in the fifth year.

The study years encompassed 2007 to 2011. Among patients included in the data was former Rep. Gabrielle Giffords, ﻿ who was shot through the left hemisphere of her brain in an assassination attempt on Jan. 8, 2011.

Authors of the study, recently published in the Journal of the American College of Surgeons, say survival improved through aggressive management of all 132 patients, regardless of their condition — including those who were comatose on arrival and whose wounds penetrated both hemispheres of the brain.

That kind of intervention, which can include surgery, has been questioned because some of the people who survive do not go on to have meaningful lives, said the study’s senior author, Dr. Peter Rhee, ﻿ a professor and chief of the UA Division of Trauma, Critical Care, Burn and Emergency Surgery.

“I used to be very aggressive about withdrawing care on patients in vegetative states but many have woken up, and in the young you really can’t predict it,” Rhee said. “This is a major problem. (But) we have many, many examples of people waking up and countless numbers of patients seeking me out later to thank me ﻿.”

“You don’t know who is going to live and die,” said Rhee, who treated Giffords. “You don’t want me as a physician to be judge and jury. … Any time you touch any part of the brain, technically there is a deficit, obviously. But a lot of those things you can overcome. And Gabby is not the only person who has survived in her same fashion.”

Cooling the body is counterintuitive care for trauma patients, who are normally kept warm to help blood clot. But mild cooling was one of the treatments used on Giffords. The evening of the shooting, after Giffords had part of her skull removed, Rhee used a device on her that cools the skin.

“In January 2011 when Gabby Giffords got shot, a lot of people say she got lucky. I think it’s because of what we had in place at that time,” Rhee said. “I knew this data at that time, but I didn’t say it in the press. I had to bite my tongue.”

Cesar Peña, ﻿also included in the study data, wasn’t supposed to make it through the night after he was shot.

On July 14, 2008, when he was 8 years old, he was hit in the forehead with a .22-caliber bullet. The last thing he remembers about that day is swinging on the swing set in his grandmother’s backyard, falling back and hearing his grandmother screaming.

The bullet, which came from a teenage neighbor playing with a rifle, shattered into pieces that scattered in his brain, leaving him unresponsive when he arrived at the hospital. Like Giffords, he had surgery to remove a portion of his skull to allow for swelling.

“I can move my arm a lot more now, and point with two fingers,” Cesar said this week, holding the left arm that lost most of its function as a result of the shooting.

Now in seventh grade, Cesar wears a brace on his left leg and still can’t run or play sports like other kids. He’s a Seattle Seahawks fan and hopes that one day he’ll be able to play football. He does well in school, likes his friends and wants a career in science. But he was comatose for days after the shooting and didn’t speak or walk until after he was discharged to a rehabilitation facility.

The UA Medical Center trauma team typically sees one patient a day who has been wounded by gunfire. Rhee has treated gunshot victims ranging in age from 6 months to 95 years.

But the study was strict in its parameters, and included only people shot in the brain, which worked out to about 26 people a year. If it was a bullet wound to the face or the head but there was no brain penetration, the patient was not in the data set. The mean age of the patients was 32, and a vast majority were male.

Some current neurosurgical literature advocates gauging treatment by the Glasgow Coma Scale (GCS) — a measurement of eye, verbal and motor responses. A 2003 study published in the journal Surgical Neurology International does not recommend surgery for comatose patients who have a low score and no evidence of an intracranial hematoma that might be causing the coma.

Numerous studies have reported survival rates of less than 10 percent for comatose or vegetative patients with low Glasgow scores, ranging between three and five. Comatose means lacking in awareness and wakefulness. It’s different from a vegetative state when a patient may be awake but not aware.

In contrast to other studies, Rhee and his study team saw an average 28 percent survival rate for patients in the study period who came to UAMC with gunshot wounds to the brain and a Glasgow score between three and five. Twenty percent of the survivors, eight people, left the hospital with scores between three and five.

“Discharging patients in a vegetative or comatose state is arguably not beneficial to the patients, their families or the health-care system,” the study says. “Of note is that we do not have long-term functional outcomes and it is difficult to know what the outcome really is.”

Indeed, Rhee emphasizes that people can wake up, even after they’ve been discharged from the hospital in a vegetative state and sent to a nursing home for supportive care.

In the early part of his career, he was aggressive in talking to families about withdrawing care for patients with low Glasgow scores. Rhee had worked for the military on the battlefields of Afghanistan and Iraq before coming to Tucson.

“There are people in dense comas that wake up, and you just don’t know. There are some people that you are pretty sure, but that’s the ethical dilemma that society has to pick,” Rhee said. “How much money are we going to invest in this? These people can bankrupt the family, but they do sometimes wake up.”

He stressed that being in a coma is not the same as being brain-dead.

Brain death means someone is stable physiologically, yet has no brain function and cannot breathe without a ventilator. That’s when organ donation is recommended.

In total, 92 of the patients in the data set died and 40 survived. Most of those who died — 63 people — were suicides.

“A lot of the people here, it’s self-inflicted,” Rhee said. “We get people here all the time who have tried to kill themselves with hanging. We get 85 percent of them back, they are normal. But when you find out your term paper was bad or your girlfriend left you and people go home and put a gun to your head, it’s a quite different effect.”

When people are revived after a suicide attempt, especially a serious one, the chance that they’ll try it again is low, Rhee said.

“The bottom line is that you can save a lot of these people. It has to start with that mind frame.”

Gun control laws are effective in reducing the number of firearm injuries in children, a new University of Arizona study says.

Researchers used data from 60,224 pediatric patients from 44 states who had trauma injuries, and 286 of them had gunshot injuries.

“It is pretty straightforward that the laws do make a difference,” Rhee said.

Thirty-two Arizona children under the age of 18 died of injuries related to firearms in 2012, the state’s annual child fatality review report says. That number was up from 23 in 2011. Seventeen of the 2012 deaths were due to suicide, the report says.

My favorite stories were the ones about inspirational people in our community.

Top trauma surgeon and his team treated victims of the Jan. 8, 2011, mass shooting in Tucson. 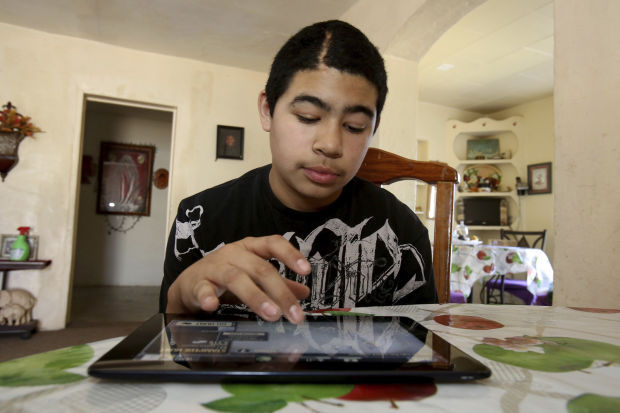 Cesar Peña, 13, was shot in the forehead at the age of 8. The scar from the gunshot wound to the right side of his head is still visible. Though he has some paralysis, he lives a mostly normal life thanks to his treatment at the UAMC trauma center. 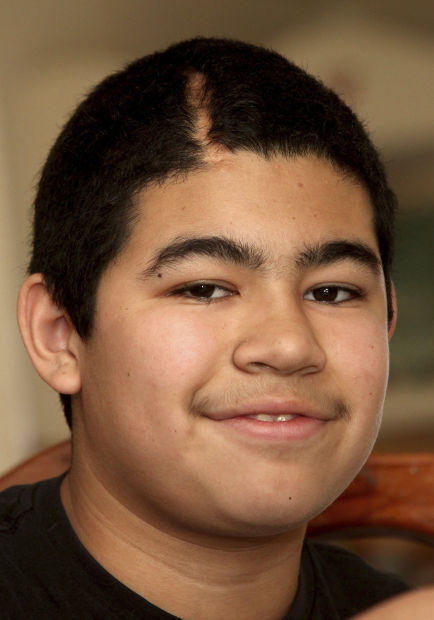 This is a mug shot of gunshot victim Cesar Peña, 13, at his grandparent's home. The scar from the gunshot wound to the right side of his head when he was eight years old is still visible. In addition to the scar he has some paralysis on his left side. Pena was in his grandparent's back yard playing on a swing set when a teenaged neighbor shot him as he was showing a rifle to some friends. The photo was taken on Thursday, February 27, 2014, in Tucson, Ariz. Photo by A.E. Araiza/ Arizona Daily Star