A University of Arizona professor has been awarded the nation’s highest award for excellence in STEM mentoring and education. Presidential awards were also presented to three Tucson K-12 teachers and a fourth from Chandler.

Sally Stevens, a distinguished outreach professor in the UA’s Department of Gender and Women’s Studies and a research professor at the Southwest Institute for Research on Women, has been awarded the Presidential Award for Excellence in Science, Mathematics and Engineering Mentoring, recognizing her significant contributions to mentoring underrepresented students and supporting the future of the STEM workforce. Stevens is among just 14 other people throughout the country, and the only person in Arizona, to receive the distinguished award announced by the White House Tuesday.

President Trump also announced the recipients of the Presidential Award for Excellence in Mathematics and Science Teaching, which is the nation’s highest honor for K-12 teachers in mathematics and science.

As a university professor for 25 years, Stevens has focused a lot of her research on providing opportunities for underrepresented communities within the STEM field. For her, the award is validation that the work she’s doing is effective and valued.

“I’ve been thinking a lot about all the past students that I’ve had, from undergraduates that are involved in underrepresented groups to graduate students who are again primarily women and ethnic minority groups, who have gone on to really great jobs,” Stevens said. “I was thrilled to be nominated and selected for this award, and it really felt like a reflection of all the students that I’ve worked with over the past 25 years.”

In her research, Stevens conducts studies and looks at data in the areas of health and social justice disparities, innovations in education and workforce equity. Much of her work focuses on women and children, individuals of Mexican-origin Hispanic decent and Native Americans living in the southwestern United States.

“One of the research projects that I’ve worked on, which is funded by the National Science Foundation, is called i-STEM,” she said. “It really focuses on 3rd through 8th grade Native American students in the Tucson community and providing a STEM educational experience for them. The goal is to engage them in STEM activities, expose them to different STEM disciplines and have them become more excited about science and also more connected to their schools and their education.”

For the program, Stevens partnered with local schools to help provide a mentoring opportunity that would focus on STEM education. For eight weeks during the school year, the students were presented a variety of lessons from solar energy to and air and space to health and agriculture.

“With Native American students, we really tried to take a different approach,” Stevens said. “We showed them that Native Americans are scientists and have a long history of engaging with the land and different ecosystems. So, we tried to make it relevant to them and inspire them.”

Stevens hopes to continue doing work like this in the future. As a mentor to many students, from elementary to college level, Stevens said seeing them grow and become passionate about STEM is the most rewarding part of her work.

“I think that’s the most exciting piece of being a professor at the university is that one-on-one or small group interaction with students where you can really guide them, not tell them what to do, but be a good listener and a good guide and help them find what they’re interested in,” she said. “I really try to look at myself, not as a hierarchical professor, but someone who’s a mentor who can listen and guide and connect to students.”

For Stevens, exposing underrepresented students and communities to STEM is crucial to the advancement of society. She hopes to continue seeing more and more women and minority groups represented within the field.

“It will have a great and positive impact on answering some of the big questions that we have in the sciences,” she said. “Women and students or professionals from different backgrounds and upbringings will bring different questions to the table and think about problem solving in different ways.”

Stevens and the other award recipients will spend this week in Washington, D.C. where they’ll have the opportunity to attend panels, network and even contribute to the discussion for a federal STEM strategic plan. The awards dinner and ceremony will be held John F. Kennedy Center where Betsy Devos, the United States Secretary of Education, will speak. During their visit, recipients will also visit the White House.

Svea Anderson is a 6th grade science teacher at Agua Caliente Elementary School in Tucson. As an educator, Anderson feels that it’s her responsibility to help students think critically about the world they live in and provide a learning environment that is engaging.

While teaching at the elementary school, Anderson also served as a PolarTREC educator in 2018 and was sent to the Artic to help with ecological research. She also recently completed an expedition with National Geographic to look at plastic in the ocean and sustainability of resources. During each of these expeditions, Anderson kept her students in mind, skyping with them and bringing back research that they could also help with in the classroom.

“It’s pretty surreal, actually,” Anderson said about receiving the award. “I’ve been working really hard for 20 years and this is the highest award through the National Science Foundation and through the government, so it’s really just an incredible acknowledgement that my vision of teaching science is being honored.”

Amee Legarra is a 6th grade math teacher from Richardson Elementary School in Tucson. In her classroom, Legarra focuses on a student-centered mathematics curriculum, which she feels is much more effective when it comes to student engagement.

“I teach my students math through problem-based tasks so that they’re learning the mathematics conceptually rather than just step-based,” she said. “They’re learning why that works instead of just how to complete it. I find that when students can just immerse themselves and use they’re prior knowledge to solve mathematics problems logically, they are able to branch that out into logical thinking to any place in the world and anything that they do.”

After receiving her presidential award, Legarra said she was honored to know that her approach to math was being recognized and is looking forward to being able to connect with other teachers throughout the country that are contributing to the STEM field in unique ways.

Nicole Whitt is a freshman algebra teacher at Empire High School in Tucson where she also runs Student Council program. While most math teachers can probably say they’ve always been good with numbers, for Whitt, that wasn’t always the case.

“I typically tend to really like teaching the kids who struggle a little bit with math, because growing up I always felt like that was me and I needed to work a little bit harder than a lot of my peers to master some of the content,” she said. “So, I find that I connect with those kids really well because I remember being that kid.”

In Whitt’s classroom, she aims to meet student at their level and provide one-on-one mentorship for them whenever they need it. In each of her math classes, she has two upperclassmen who serve as peer tutors for students who need more help. She also conducts regular short assessments for each student, which do not go into a grade book, so that she can constantly monitor where a student is and who needs more help.

Whitt said she feels honored to have received the presidential award and to be among so many other dedicated teachers.

The Prison Education Project, an initiative led by the University of Arizona’s Department of English, aims to advance educational opportunities in the local prison system and introduce incarcerated students to new ideas and perspectives through classes and lectures. 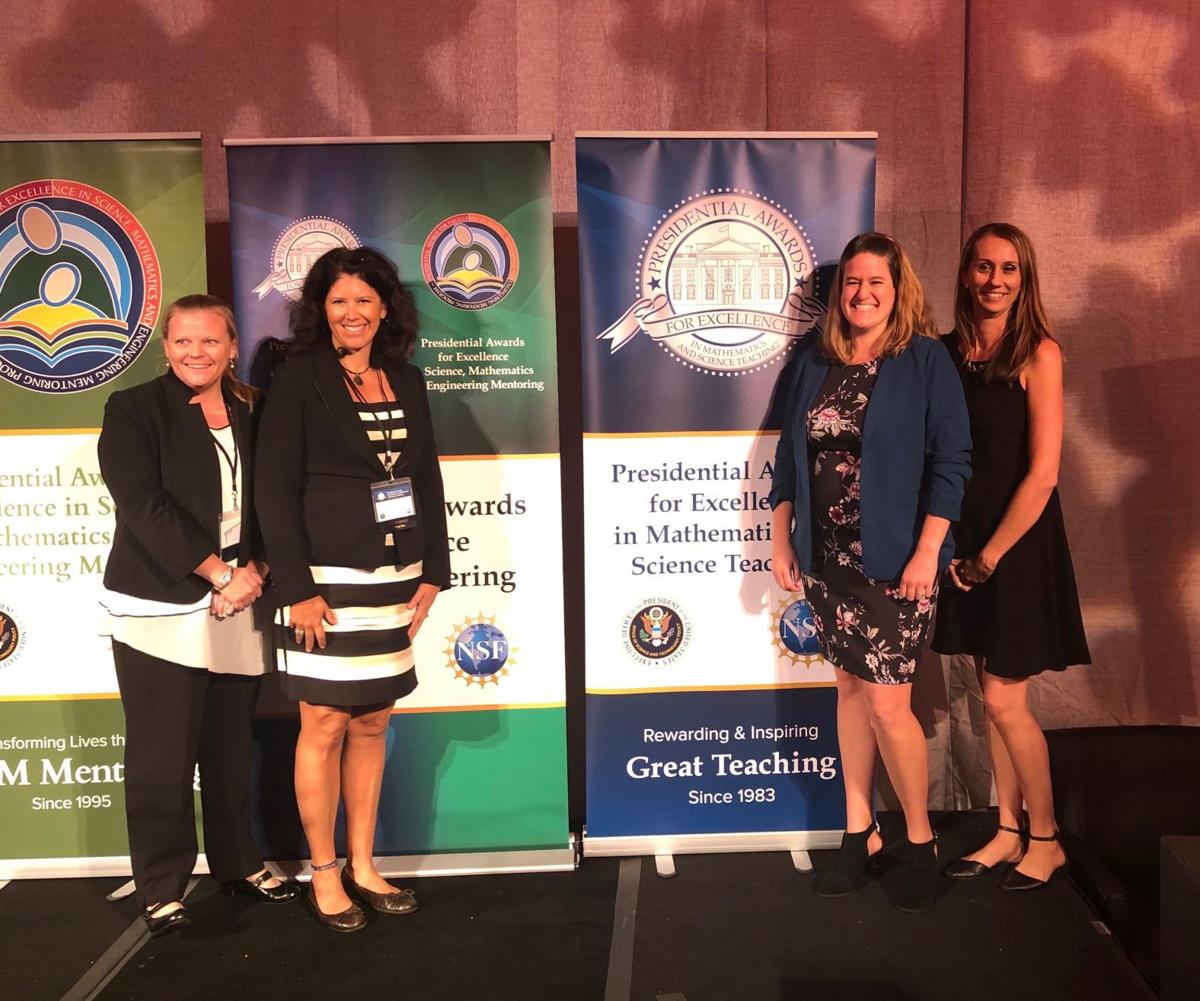 Arizona’s recipients of the Presidential Award for Excellence in Mathematics and Science Teaching at the recognition event in Washington, D.C. on Wednesday, Oct. 16. From left to right: Svea Anderson, Deborah Nipar, Nicole Whitt and Amee Legarra. 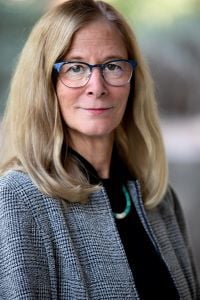 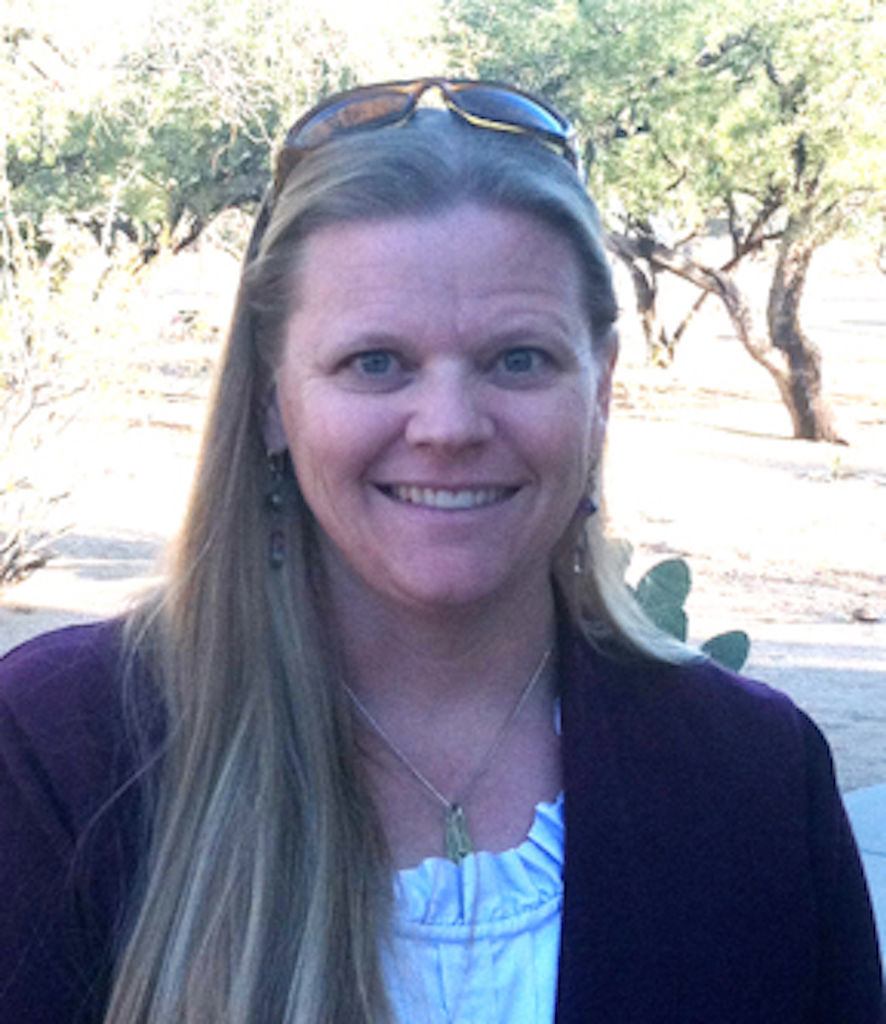 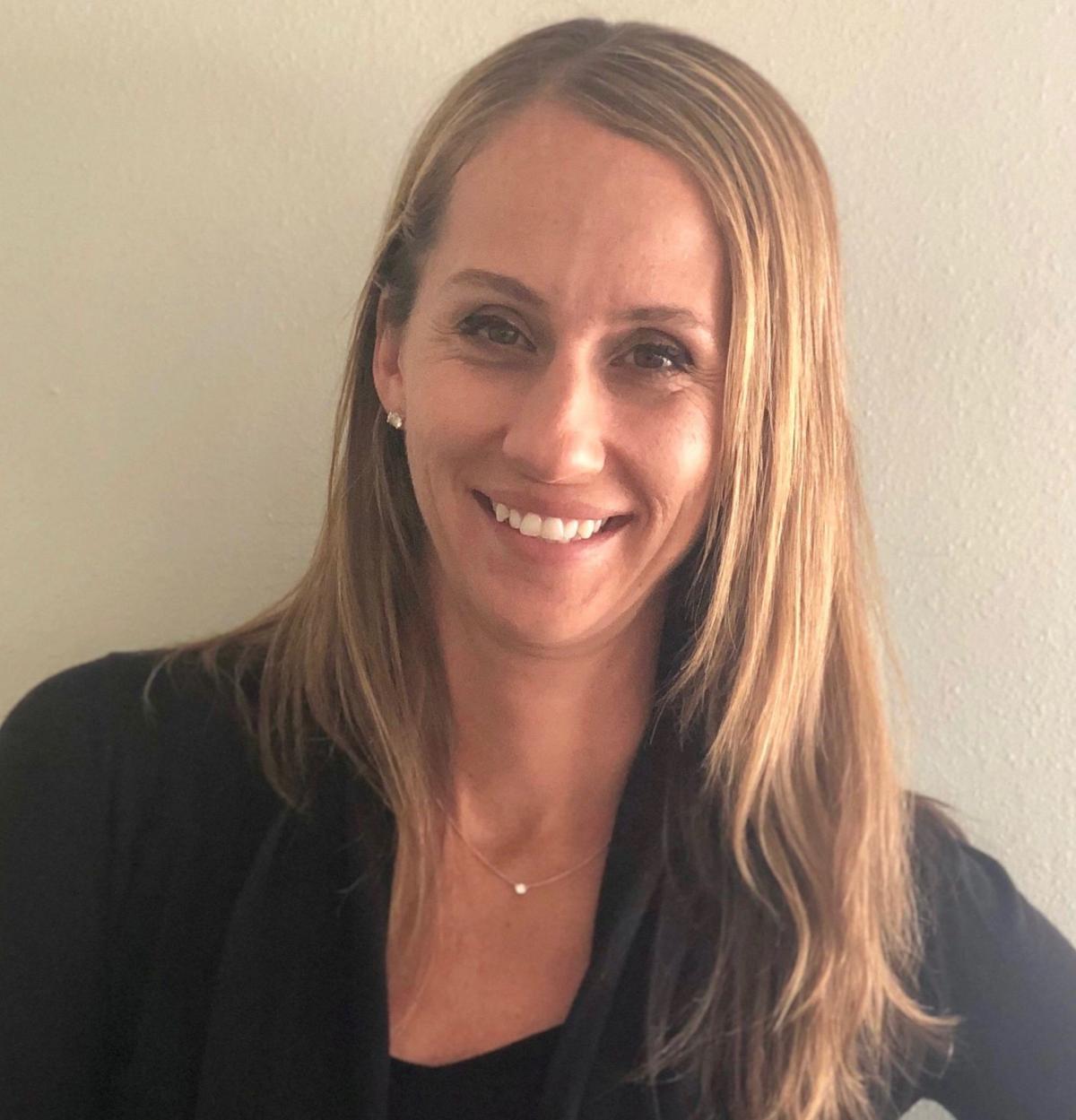 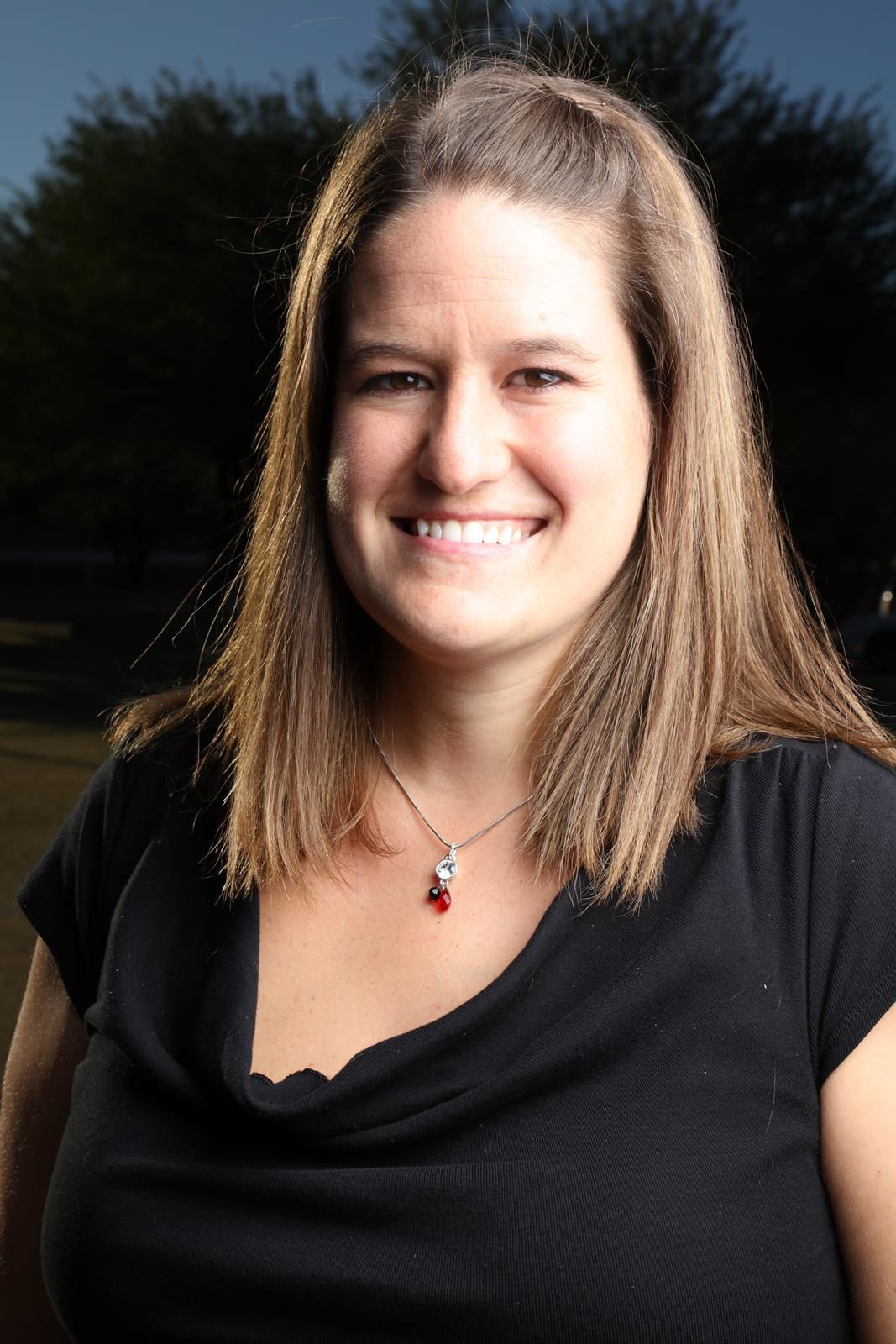