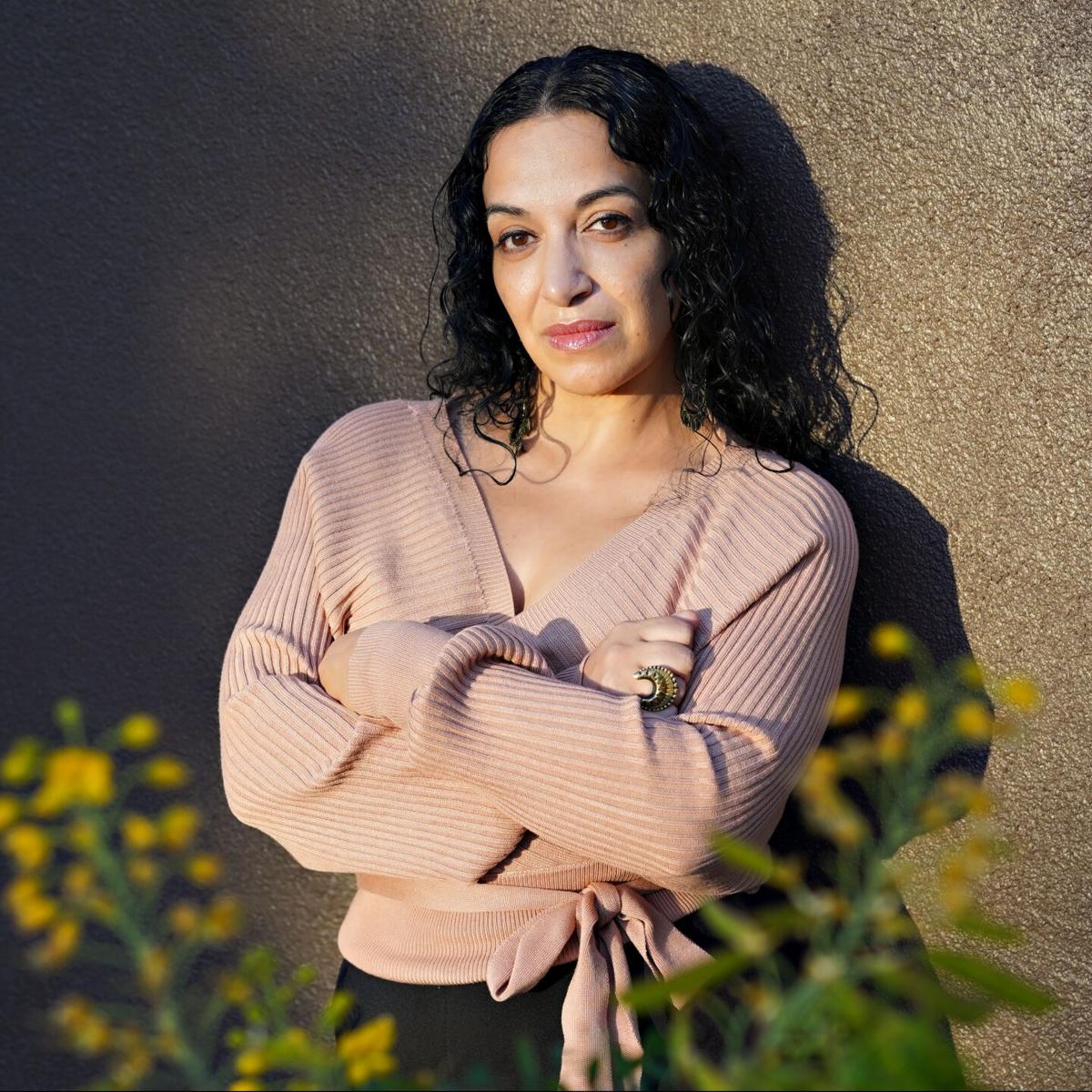 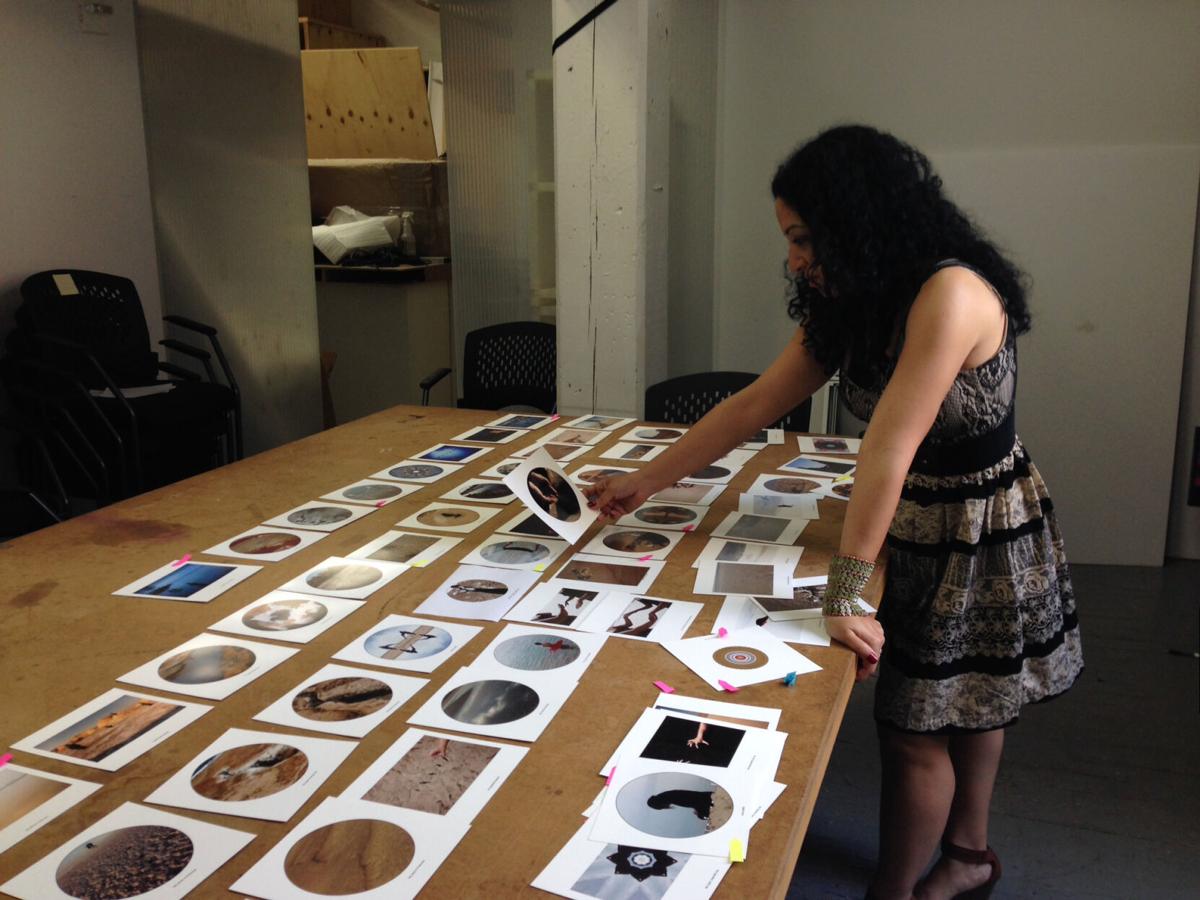 Professor Sama Alshaibi works on the layout of her monograph at Aperture Foundation, NY. 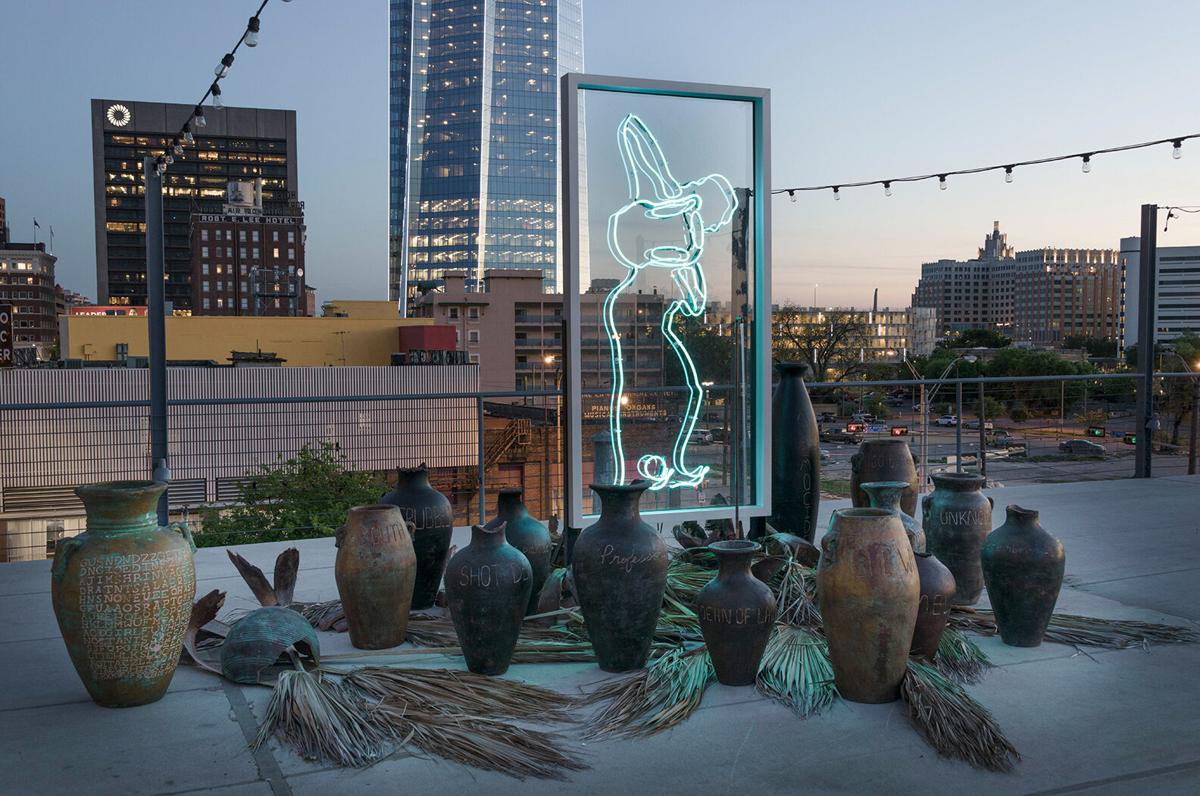 The Cessation by Sama Alshaibi, installation on the roof of Artpace, Texas. 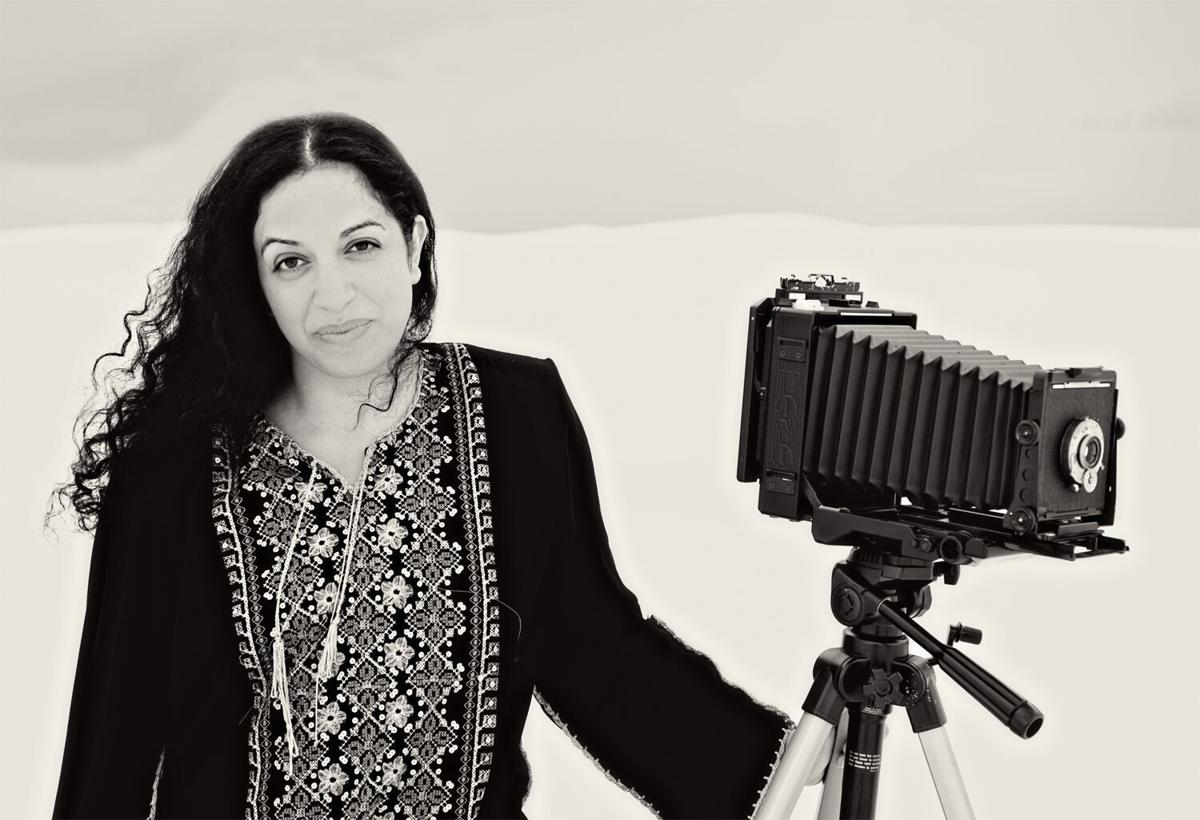 No matter the successes she has accomplished in her life, one professor at University of Arizona will not forget the hardships women like her continue to deal with.

The spotlight is on Sama Alshaibi, an award-winning art professor and co-chair of the Photography, Video and Imaging program, who was recently named a John Simon Guggenheim Fellow in Photography.

The award is given to those “who have already demonstrated exceptional capacity for productive scholarship or exceptional creative ability in the arts,” the Guggenheim foundation said.

“In our field, the Guggenheim is probably the most significant award and accomplishment. I’m very honored and a little apprehensive about doing a very ambitious project but excited, too,” Alshaibi said.

Alshaibi and 183 others will receive grants to be used for travel, use of materials, finding sources, and collaborators for the project.

Her project, “To Speak of Silence” will use images, video and text to shed light on the ways Iraqi women are affected in and post wartime.

“It’s extraordinarily significant to me about dealing with gender violence in Iraq, and how that came to be post 9/11 when the U.S. invaded Iraq,” Alshaibi said.

Alshaibi was born in Basra, Iraq, to an Iraqi father and Palestinian mother, during a time when it was necessary to escape from the region as the Iraq-Iran War intensified in the early 1980s.

The family had lived on the border of the two countries, where a lot of the war was concentrated, she said.

It was also a time when her father would be blacklisted after choosing to leave, Alshaibi said, as Iraq had supported her father’s education. The family would find themselves moving to places such as Saudi Arabia, Jordan and the United Arab Emirates.

To find a place more stable, Alshaibi and her mother came to the United States with her mother’s student visa while her father worked in the Middle East to help support the family.

However, a divorce occurred, and Alshaibi, her mother and siblings ended up being undocumented.

They were found during the first Gulf War between the United States and Iraq in the 1990s leading the mother and daughter to be up for deportation.

“We were put up for deportation, and we pled our case in Immigration and Naturalization Service court, and we won,” she said.

“We never intended to be here undocumented, but we came in legally, and then the lack of support financially, being unable to keep up and not having a passport or a country that would accept you when we were sort of just out of status, it’s what happens to a lot of people who become nationless,” she said.

They were granted political asylum and refugee status, allowing Alshaibi to go to college and use financial aid where she studied photography.

“I really wanted to bring attention to and shed the light on experiences, not that only I had gone through in my life, what my mother did when she was young, but that continue to endure in the Middle East,” she said.

But instead of one day being a wartime photojournalist, she switched goals during college using her talents to try conceptual photography and obtaining a master’s degree.

She found her way to the University of Arizona, in a place she calls a strong city for Middle East studies.

“The University of Arizona has been absolutely critical to my success. I wind up getting a position here one year after graduate school,” she said. “I’ve always wanted to come back to the West and Southwest; I’m very obviously interested in border issues. The landscapes are familiar in the way that it reminds me of the Middle East.”

For the past 15 years, she has served as a professor, beginning as an assistant professor to help build the program to what it is today, which is currently ranked No. 3 in the nation, according to U.S. News and World Report.

“One of the things I’ve really invested a lot of time and effort with is working with my graduate students and really encouraging them to be part of this experience of working with faculty in a very direct way, not just in the classroom, not just in their studio looking at their work and talking about it, but in the field,” Alshaibi said.

Alshaibi had some worries about support for a project specifically addressing the Middle East, but the reaction has been well received.

“It just gives me faith that the project that I selected to do is worthy of recognition, and so I feel it’s good because sometimes when you’re dealing with projects that have to do with the Middle East, especially Iraq, when you live in U.S. you wonder if your community will always support this work,” Alshaibi said.

Now she will use this experience to shine a light on the arts community that can always use more support.

“I hope that this is part of a recognition that we have powerful things going on in the Arizona Arts and in School of Art that merits attention, merits financial support from the university and continued consideration of its very central role in what the arts and culture brings to society.”

TUSD's University High was ranked 17th best in the U.S., followed by charter schools Basis Oro Valley at No. 23 and Basis Tucson North at No. 47.

University of Arizona receives approval to increase tuition for some students

"We feel good about the balance that we're providing to our students and families,” President Robert C. Robbins said to the Arizona Board of Regents on Thursday.

Professor Sama Alshaibi works on the layout of her monograph at Aperture Foundation, NY.

The Cessation by Sama Alshaibi, installation on the roof of Artpace, Texas.