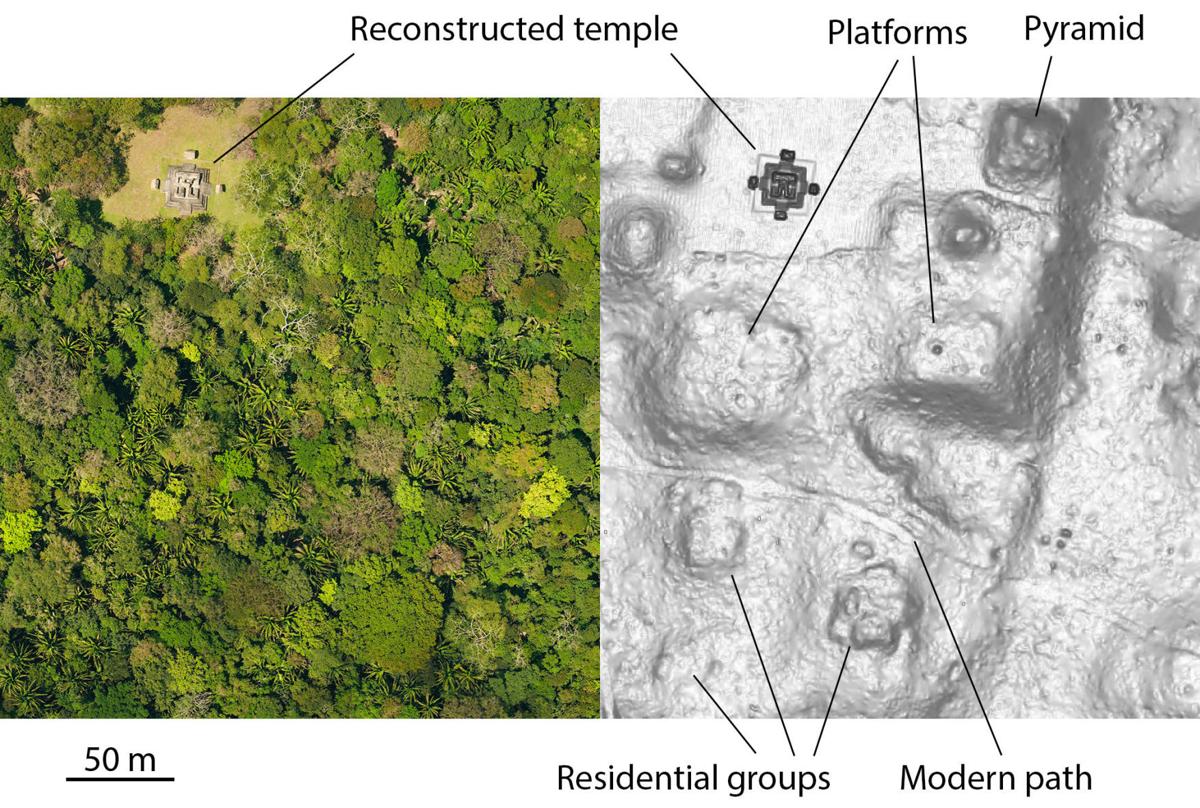 Comparison of an aerial photo, left, and a LiDAR image of the same area of a Mayan settlement in Guatemala. 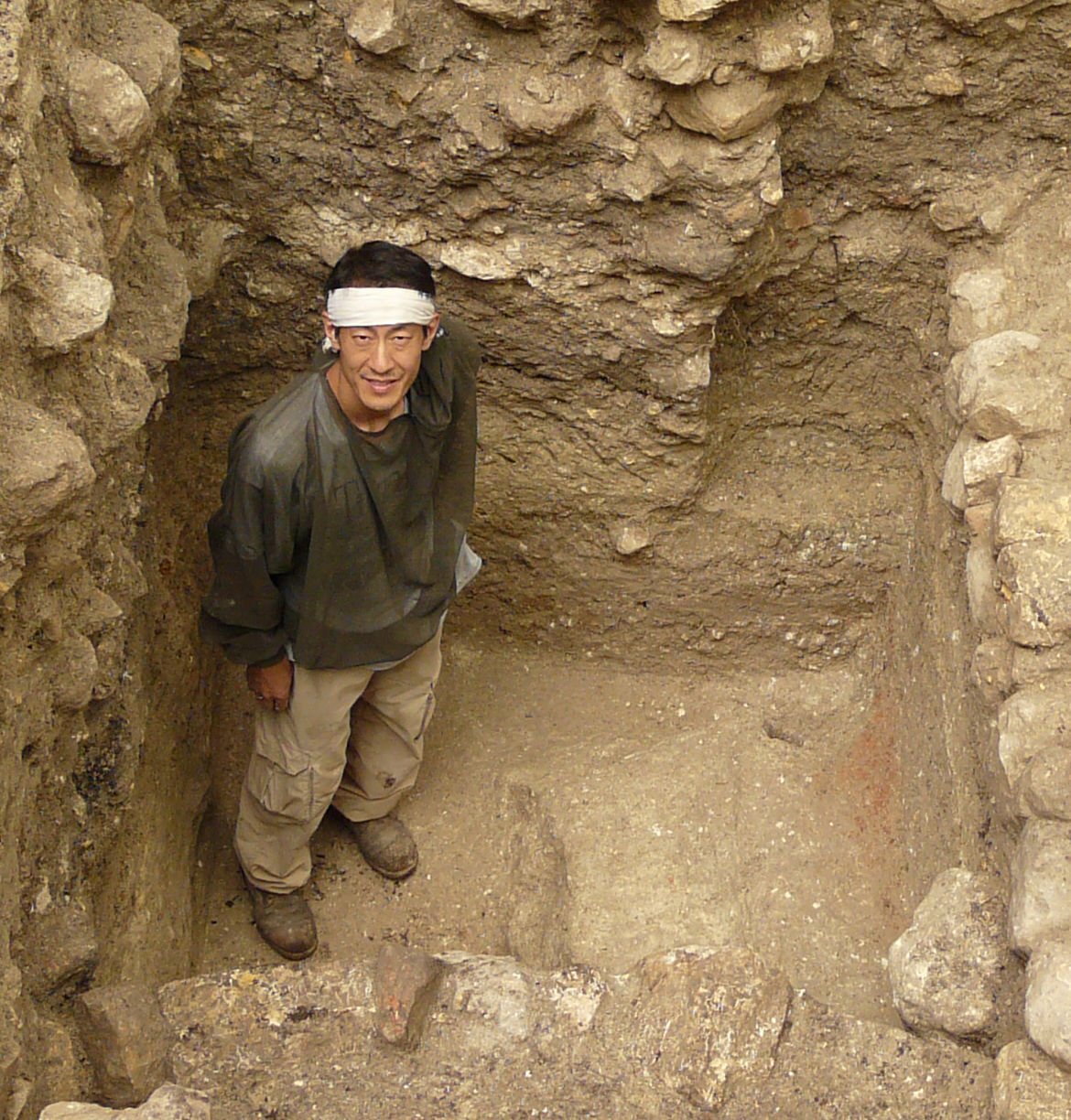 Takeshi Inomata says his team found that agriculture and ceremonial structures came at about the same time. 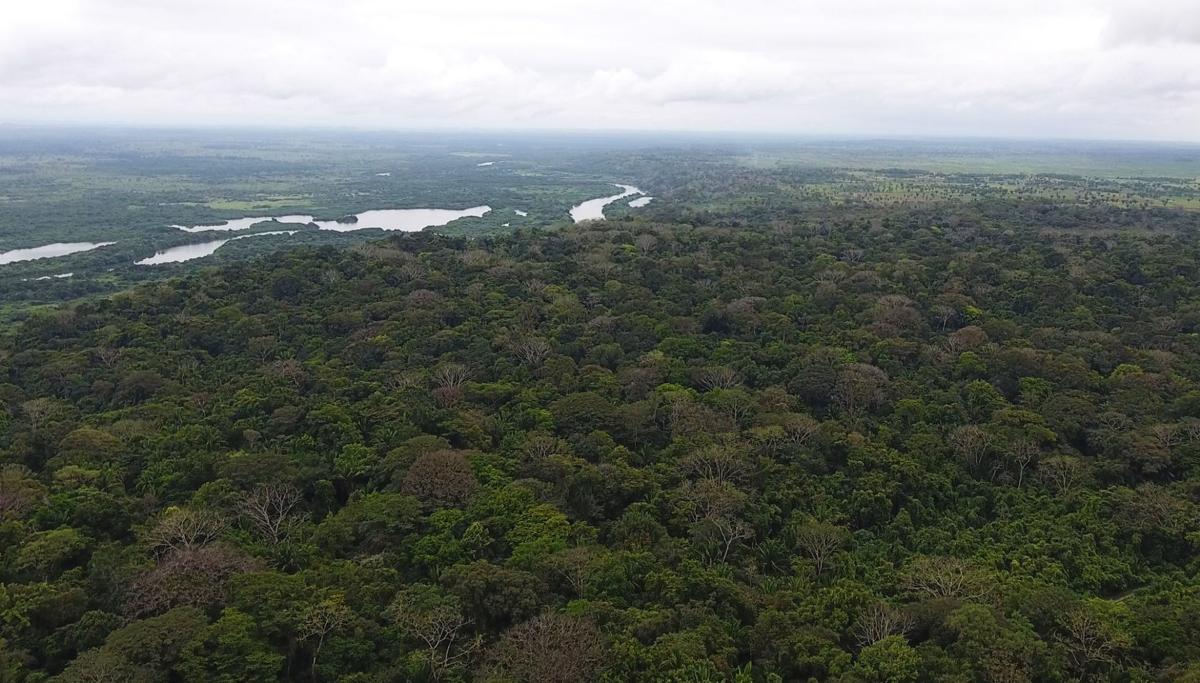 This is an aerial view of the Ceibal region of Guatemala, hidden under dense jungle. 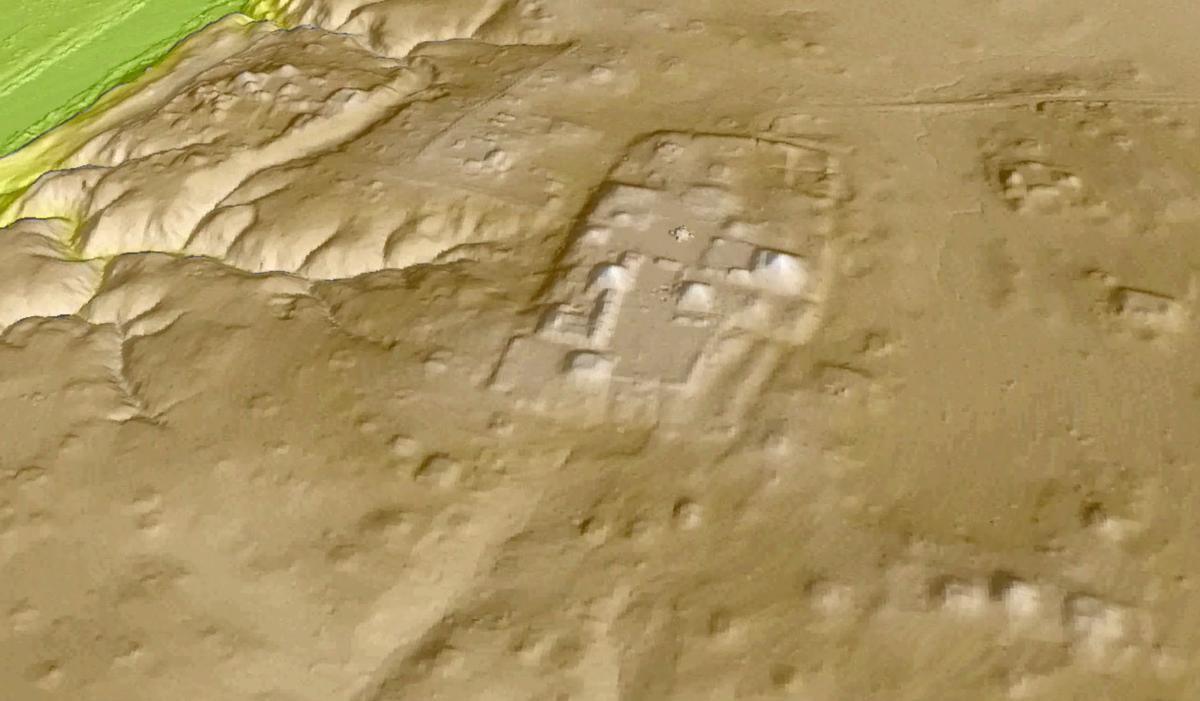 3-D view of the Maya city of El Ceibal, based on LiDAR. Using LiDAR, researchers generated a 3-D map of the surface features of ruins, their rough shape under the Earth and vegetation in the area with less than a 10-centimeter margin of error. They located more than 15,000 ancient Maya architectural remains. Earlier digs revealed fewer than 1,000.

Most of the ancient Maya archaeological site of El Ceibal, in north-central Guatemala, is buried in dense jungle. Eroded stone ruins create vague mounds and outlines on the crowded jungle floor.

“Forty years is a long enough time that you get new questions and new ideas,” said Takeshi Inomata, University of Arizona professor of anthropology and Agnese Nelms Haury Chair in Environment and Social Justice.

Armed with new cultural interpretations, Inomata and his international team of archaeologists — from the United States, Guatemala and Japan — returned to the site in the early 2000s and during the dry seasons of the next 13 years to continue to excavate a piece of the area surveyed by Harvard.

“The jungle is always the big barrier” Inomata said. The team dug a square kilometer, but even that took a long time.

So they commissioned the use of high-tech tools, such as an airborne laser detection system called LiDAR, for light detection and ranging, to map an unprecedented 470-square kilometers — roughly the same size as the city of Scottsdale — of the site over the span of a few days in 2016.

“By that time, LiDAR was pretty well-proven research method,” he said. “It helped us look at a wide area that was basically unthinkable before.”

The team extrapolated what it learned from the excavations to interpret the surface features which LiDAR mapped in 3-D.

“We don’t have standing buildings,” Inomata said. “The remains of collapsed or partially eroded buildings, that’s what you can see in LiDAR.”

Architecture can be used to understand population movement and culture because, “In different periods you see different kinds of structures,” said Inomata. Tracing how those structures spread and evolve over time give insight into the dynamic history of Maya civilization.

The LiDAR survey was conducted by the University of Houston’s National Center for Airborne Laser Mapping. Following the LiDAR analysis, the team dug into much smaller sites of interest to learn more.

Inomata’s team made some unexpected discoveries.

It is generally thought that the process of settlement in a certain area by different peoples happens gradually. First comes agriculture then, after further development, comes ceremonial complexes.

What they found was that elaborate ceremonial complexes were built almost at the same time the Maya settled and began farming about 3,000 years ago. The early appearance of these ceremonial complexes “was important driver of society, and this includes the economy and lifestyle” of the Maya, Inomata said.

“We see the emergence of Maya civilization as a really drastic change, not gradual, and we see subsequent population growth in a spatial scale that was unthinkable before LiDAR,” he said.

They also found that “the maps that Harvard made were incredibly accurate considering they were all ground survey,” said Melissa Burham, paper co-author and UA graduate student in anthropology, in a statement. “But with LiDAR we found a lot more buildings than were on the map previously.”

Inomata’s research was funded by the Alphawood Foundation and the LiDAR commission was paid for by the Japanese government.

Next, Inomata wants to study a site that was home to the Olmecs in Tabasco, Mexico. The site is down river from Ceibal, and the river is a potential communication route between the two civilizations.

In Tabasco, Inomata hopes to use LiDAR to scan an even larger area and hopes that more archaeologists adopt a similar method of archaeology.

Honor only available to three percent of faculty.

Sitting at 9,150 feet, the Mount Lemmon Air Force Station was said to be the world’s highest radar installation in 1957. It was manned by the …

Photos of the La Fiesta del los Vaqueros Tucson Rodeo Parade from the archives of the Arizona Daily Star and Tucson Citizen.

Pastors on Campus will brings volunteers to campus as lunchtime supervisors.

It's a one-day citizen-science effort to record as many plant and animal species as possible at 10 sites along the U.S.-Mexico border including the Coronado National Memorial in Arizona.

The University of Arizona is offering an open online class on the Biosphere starting March 12. The UA hopes that this outreach effort will spark new interest in the Biosphere, shake it's old scandalous reputation and bring attention to the cutting-edge science currently being done there.

Current students won't see increase because most are on guaranteed tuition plan.

Comparison of an aerial photo, left, and a LiDAR image of the same area of a Mayan settlement in Guatemala.

Takeshi Inomata says his team found that agriculture and ceremonial structures came at about the same time.

This is an aerial view of the Ceibal region of Guatemala, hidden under dense jungle.

3-D view of the Maya city of El Ceibal, based on LiDAR. Using LiDAR, researchers generated a 3-D map of the surface features of ruins, their rough shape under the Earth and vegetation in the area with less than a 10-centimeter margin of error. They located more than 15,000 ancient Maya architectural remains. Earlier digs revealed fewer than 1,000.