A University of Arizona student used her downtime while home in India during the pandemic to launch an international nonprofit that aims to decrease stigma and increase education about menstruation.

Avrati Raturi, a junior in the UA's Eller College of Management, returned to Delhi in the spring of 2020 after the campus was shut down because of COVID-19.

With a 12-hour time difference, Raturi found herself attending Zoom classes at night, which left her with free time during the day.

"I thought of starting something, like an initiative," the 20-year-old said. "So I attended a workshop to learn about nonprofit organizations."

Raturi also spent time at home with her mother, a doctor who works in rural hospitals and introduced her to many women who lacked knowledge about basic feminine hygiene.

"Women in India don't have access to basic health care. And the topic of menstruation, they don't talk about it," Raturi said.

In India, 71% of adolescent girls don't know about menstruation until their periods start, according to UNICEF, which has long worked to address the issue.

Instead of sanitary pads or tampons, many women instead use a piece of cloth to absorb blood, wearing it for a day, washing it and reusing it. Health experts say this may not be hygienic, with soap and clean water not accessible everywhere. Other methods, such as using dried leaves, can put women at risk for diseases or even death.

Raturi said that when she and her mother tried to broach the subject, some women would just walk away. The taboo associated with menstruation is prevalent outside of India, as well, she said.

Raturi knew she'd found her cause, and together with a friend, she launched her nonprofit project and named it Laal, the Hindi word for "red."

“Always seeing blue used in sanitary napkin ads, I wanted to call it what it is and make sure it’s not hidden anymore," she said.

A digital advocacy project, Laal helps to provide education about menstruation and access to menstrual supplies to women across India.

A little more than a year after its start, Laal now has more than 50 members from different states in India, most of whom are college-aged women. They host workshops and events to spread awareness and raise funds.

Raturi intentionally started Laal small, and after her core group was formed, she began contacting other nonprofits to collaborate. She also used social media to find more members and seek donations.

"It started out just three or four of us, and now it's more of a youth-run organization," Raturi said.

She and the other members initially collaborated on a list of communities they wanted to cover with the funds raised, and once products were secured, they would travel to the area and educate people about menstruation, feminine hygiene and how to use the products.

This summer, Laal partnered with international singer-songwriter Avanti Nagral to work with her on a virtual event. Using an Indian crowdfunding site, Laal was able to raise $15,000 through the event, Raturi said.

"Many people, especially in our age group, were interested in giving money to the cause," she said.

The issue of menstrual education and destigmatization in India is not new, and has recently benefited from some time under the spotlight. In 2019, the Netflix documentary "Period. End of Sentence" won an Academy Award in the documentary short category. The film followed a group of women in Kathikhera, a village outside New Delhi, as they installed a sanitary-napkin manufacturing machine and and sold the pads throughout their region.

UNICEF has long had several programs to address the topic, including a group that makes affordable and biodegradable sanitary pads. Two other programs educate girls on the topic of menstruation while also aiming to enable free speech on the topic.

While Laal hasn't moved into the realm of manufacturing, Raturi and other members have been collaborating with manufacturers of sanitary napkins and a company called Pee Safe, which sells reusable menstrual cups, to collect donations to distribute in villages and communities.

Before returning to the UA for classes earlier this year, Raturi was able to attend many of the distribution events Laal held in rural areas.

She's also partnered with other groups in India to hold additional fundraising events and seeks out other youth-run organizations in India and the United States with whom to work.

"Most of the work is done by other members, now that I'm here," Raturi said, adding that Laal's leadership group is a bit more spread out now that international travel restrictions have been lifted.

Other members have also returned to international destinations for school, including Australia and the United Kingdom, but plenty of members are still living in India and able to continue on-the-ground efforts.

"It's hard for now," Raturi said of the challenge of overseeing Laal from so far away. "But we're trying to find some common ground to make it work."

Raturi said she has big plans for her nonprofit, including seeking outside investors to help with sustainable financial support and getting the attention of people in government. At the same time, she wants to keep Laal close to her heart.

"There was a time when I was super competitive, but now I realize it's my project and I started it because I wanted to spread awareness out of good faith. I don't want to feel competitive anymore," Raturi said.

That means sharing the success of Laal with its other members, including close friend and collaborator Gautam George.

George, a freshman studying political science and economics at Deakin University in Australia, met Raturi through a Model United Nations program during the pandemic.

He is the founder and president of the nonprofit Let's Together, which helps to connect children and women in rural communities with health care.

"We both are involved in each other's organizations as a helping hand and leading the projects," George said. "I know one day Laal will touch the heights and create a safer place where every woman is respected and the whole rural communities will be educated regarding menstruation."

Jeff Schatzberg, dean of the Eller College, said he's "fiercely proud" of what Raturi has accomplished with Laal in such a short time.

"Part of the culture of Eller is to be sort of innovative and help society and be constantly looking at how we can help in some ways," Schatzberg said. "Activities like this exemplify that spirit and desire and determination."

Schatzberg called ideas like this the silver lining of the pandemic forcing students to learn remotely. "She developed a solution to a problem she was seeing," he said.

Over the years, Eller has seen its fair share of students who start nonprofits or design products to fit a need, Schatzberg said, adding that it's a bit less frequent for those projects to fill an international need.

"It's breaking down these cultural barriers about what's considered taboo. Talking about issues that need to be discussed and for solutions to be had that haven't been done before," Schatzberg said. "I feel like the world's in good hands when I see people like this that we're developing out of Eller and the leadership they provide."

Raturi said that she doesn't see Laal as a moneymaker or the place where she wants to draw a paycheck, but rather a way to help advance society and bridge some of the serious gaps in equity that still exist.

"In a country like India, there's a big gap between people who get everything and people who don't even get health care," Raturi said. "If I have better opportunities or things in life, I can in some way donate and give back to society."

To learn more about Laal through its various social media sites, visit linktr.ee/projectlaal

A $3 million renovation will nearly double Emerge Center Against Domestic Abuse's capacity to shelter survivors, as calls for help are increasing during the pandemic but people are finding it harder to leave abusers, says the nonprofit's CEO.

For Star subscribers: Tucson police recently gave six known drug dealers a chance to turn their lives around and avoid prosecution that could send them to prison for years. It was the first time Tucson has used this strategy, found to be effective in other cities in reducing drug sales and violent crime.

For Star subscribers: Pima County's new, award-winning program is just the third in the nation to allow an arrestee to get treatment and an opportunity to avoid charges before indictment, and the only one focusing on felony drug cases.

The new Tucson Unified Connect App offers virtual and in-person counseling services to students at no charge to them. Billed as the first of its kind in the nation, it's designed to help students and families coping with trauma and stress, especially during the pandemic.

Allison Richter started running marathons 17 years ago, setting a goal of running a marathon in each state by the time she turned 50. She finished seven months early.

For Star subscribers: Getting more counselors and social workers into Southern Arizona elementary and middle schools this year has helped students deal with issues caused by the pandemic, including missing out on a year of social learning, educators say.

The event aims to provide health equity to the community. The Star previously reported that some people with disabilities and special needs have experienced difficulty accessing vaccines. 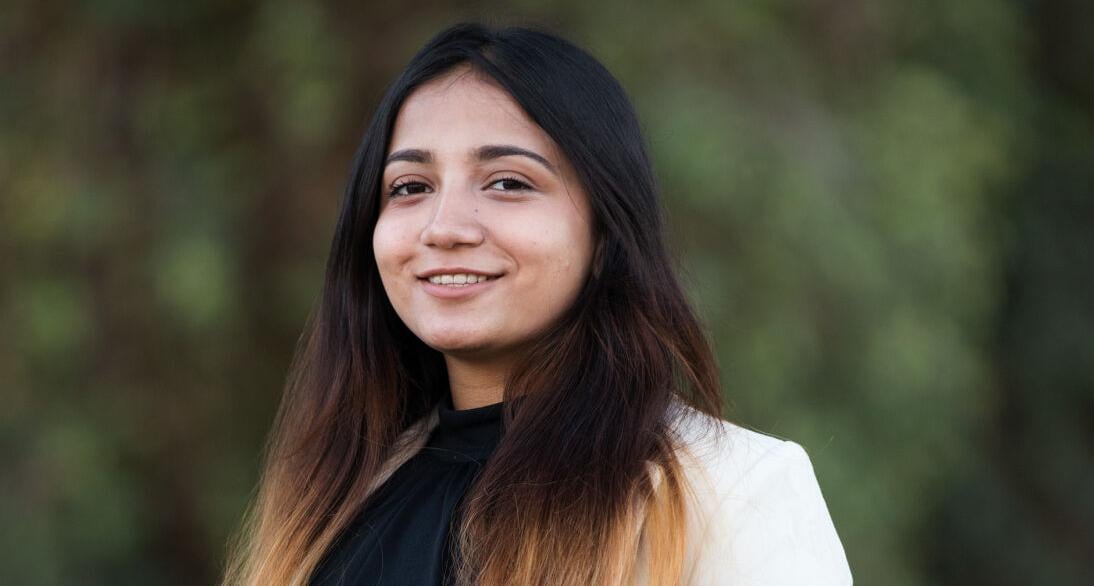 Avrati Raturi, a junior in the UA’s Eller College of Management, returned to India in the spring of 2020 after the campus was shut down because of COVID-19. It was there that she helped launch a nonprofit aimed at educating women about basic feminine hygiene. 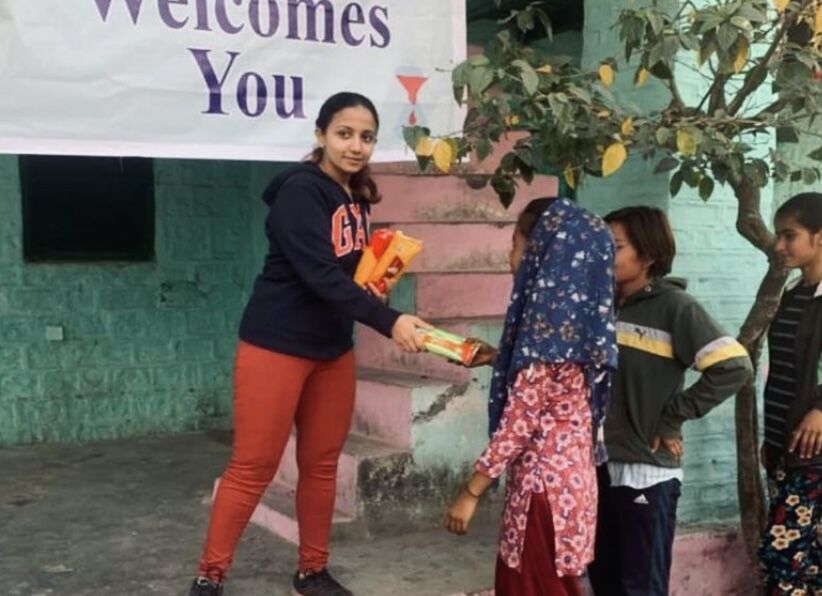 University of Arizona student Avrati Ratari used her time home in India during the pandemic to start a nonprofit that aims to increase awareness and decrease stigma about menstruation. LAAL also raises funds to purchase feminine hygiene supplies for rural areas.