Expect significant growth in the amount of area burned annually by wildfires across western North America in the coming decades, according to a study that included two University of Arizona researchers.

The team, which included professor Donald Falk in the UA school of Natural Resources and the Environment and regents professor emeritus Thomas Swetnam in the Laboratory of Tree-Ring Research, used nearly 35 years of data on climate and area burned in the western half of the United States and Canada to create its model. The study comes after a historically bad 2017 fire season in areas of California and western Canada — something that may become more common in the years ahead.

The researchers first sought to understand the relationship between the amount of area burned and the temperature and precipitation throughout winter, spring and summer. They then applied future climate forecasts to their model up through the middle of the century.

What they determined is that about half of the western United States and provinces in Canada should expect large increases in burned area — at least five times the current amount — while other areas could experience more modest increases in area burned.

The Southwest is expected to get hotter and drier, a trend we’re already in the midst of and an important consideration as the 2018 wildfire season continues.

Zooming down to the local level, 2017 was the hottest year on record for Tucson, coming to a close with a yearly average temperature of 73.3 degrees, more than a full degree hotter than the previous record of 72.1 degrees in 2016 and 2014, according to the National Weather Service in Tucson.

Moreover, eight of the top 10 hottest years in Tucson have occurred since 2005.

By the end of the year, more than 125,000 acres of Arizona land burned under 83 fires, both natural and man-made, not including prescribed fires, said Heidi Schewel, a spokeswoman for the Coronado National Forest.

Since wrapping up last fire season, the rest of the year has been setting 2018 up to be a busy fire season.

November was the hottest on record. October and December were both second-hottest. Very little rain fell.

These conditions followed up the second-wettest July on record. Heavy rain followed by a long stretches of dry and hot conditions provides abundant fuel for fires.

Most of Arizona is currently in severe, extreme or exceptional drought — the highest levels reported by Drought Monitor.

These changes in seasonal climate could be what’s driving these fires to grow larger. Basically, the fire season is getting longer.

“We’re seeing the kind of fire behavior now that traditionally we wouldn’t have seen until late May or early June,” Falk said.

Fire season is expected to peak in late June, just before the monsoon arrives, according to National Interagency Fire Center reports.

In Arizona from May through July there is an above-normal chance that we will see higher-than-average temperatures and we will likely see near-normal rainfall, according to the National Oceanic and Atmospheric Association.

Given the latest conditions, Arizona should expect an above-normal chance of wildfires in May and June. But by July and August, the likelihood will return to normal levels, according to National Interagency Coordination Center.

In the coming decades, the western interior, which includes western states except for those along the U.S. coast, is expected to see the largest increase in area burned. “They are already the most fire-prone areas, and they are, on average, on the dry side,” Falk said.

There are ways to mitigate the threat of increased area burned by fires, such as planned and controlled fires and forest thinning.

Both of these methods mimic processes that were naturally occurring before humans decided to extinguish wildfires as soon as they cropped up. Such processes — both man-made and natural — reduce fuel buildup so that when fires do occur they are mild. Too much fuel can lead to an overwhelming fire that decimates a forest ecosystem.

Moreover, after a fire overtakes a forest, the same forests don’t always grow back, Falk said. A forest can burn away and, for example, gamble oak can establish itself and flourish in a nonforest ecosystem.

“There’s nothing wrong with gamble oak,” Falk said. “It’s a native species, it’s a shrub that provides good wildlife habitat, it’s just not a forest and doesn’t provide the services we rely on,” such as locking up as much carbon dioxide .

Ecosystem change “is a naturally occurring thing,” Falk said, “but it is happening really fast because we’re pushing it,” under the stress of climate change.

Next, Falk plans to survey areas that have experienced burning in the past and see if the ecosystem changed or bounced back.

Stage II restrictions prohibit campfires and most other fires even in developed campgrounds. Devices that use LPG fuels can be used in areas that have been cleared.

No smoking, except in a vehicle.

No discharging of firearms, unless involved in a lawful hunt.

No setting off fireworks

No using an internal combustion engines, including chainsaws.

April in Tucson was hot, dry and windy, with a few surprises sprinkled in

Fluctuating temperatures are expected this week, but Tucson could hit triple digits Sunday for the first time this year.

Janice Cervelli, a dean at the College of Architecture for eight years,says she and other female deans were systematically underpaid compared with male counterparts.

President is developing strategic plan for university in effort to benefit all students.

University of Arizona professor/engineer focuses on architecture's impact on humans

Altaf Engineer was newly hired by the UA's Institute for Place and Wellbeing because of his work designing refugee housing.

Better late than never. The rains finally came in a big way on July 10, helping quash the Burro Fire and giving Tucson a much-needed break fro…

TIJUANA, Mexico — The group that organized a monthlong caravan of Central Americans seeking asylum in the United States wanted to draw attenti…

Several districts do not expect to have to extend the school year.

Arizona officials seeking legal guidance on rules for filling a vacancy in the event that U.S. Sen. John McCain retires or dies in office.

These 6 UA students are being recognized for their outstanding achievements

Six University of Arizona graduates will receive outstanding achievement awards at the school’s 154th commencement ceremony on Friday, May 11th:

Jean Mfuranzima is from Burundi and wants to use his gifts as a leader to help others.

Flandrau is presenting a new show through the summer called "Laser Stranger Things" based on the hit Netflix series.

Svea Anderson will join an arctic scientist this summer to get a hands-on research experience and bring her knowledge back to the classroom.

Regents asked to approve UA purchase of home where president lives for $1.3M

Board also approved $75,000 increase to President Robert Robbins' base salary.

Thanks to Bud we had a relatively mild, wet June; monsoon yet to crank up

June was pretty mild in temperature, but the 7th wettest on record. Monsoon storms should start picking up by late next week.

ASU researchers bolstered their study that showed the critters hatch in the fall and stay put in the nest until spring when food is more readily available. 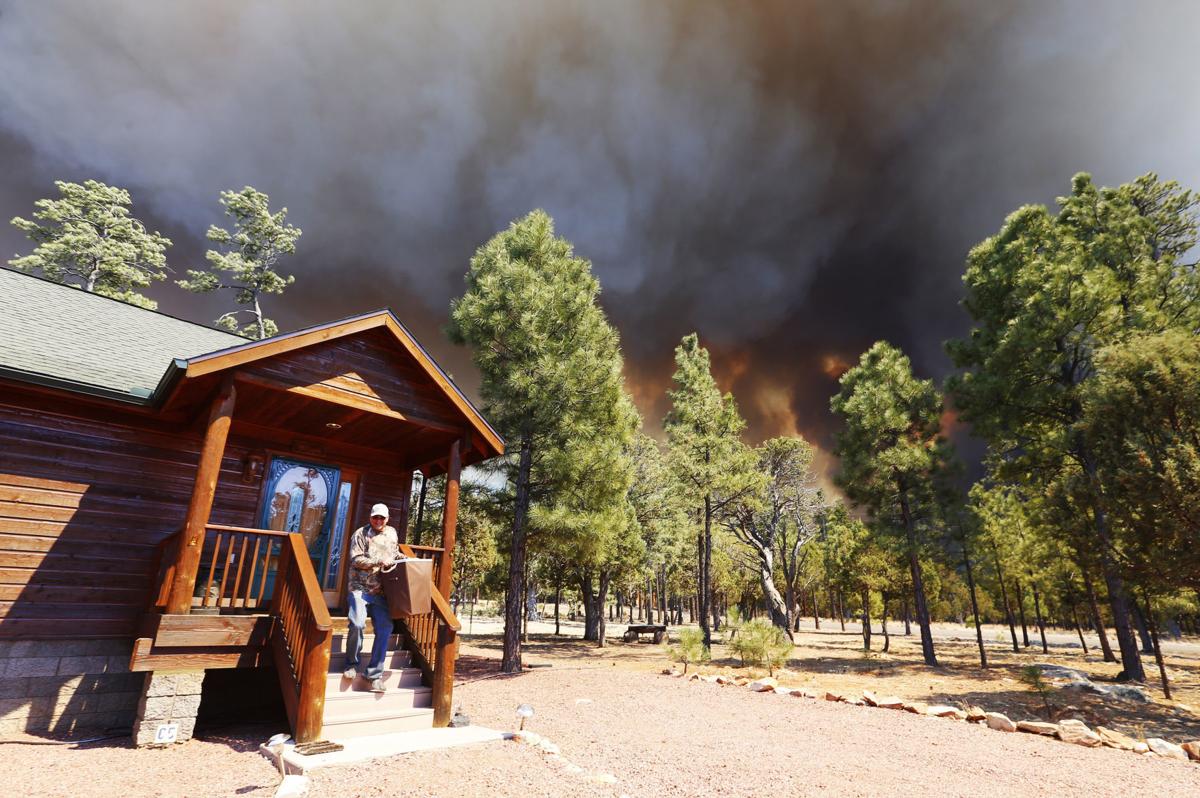 The Tinder Fire, one of two blazes that started the fire season in Arizona, has burned 11,423 acres in Coconino County. 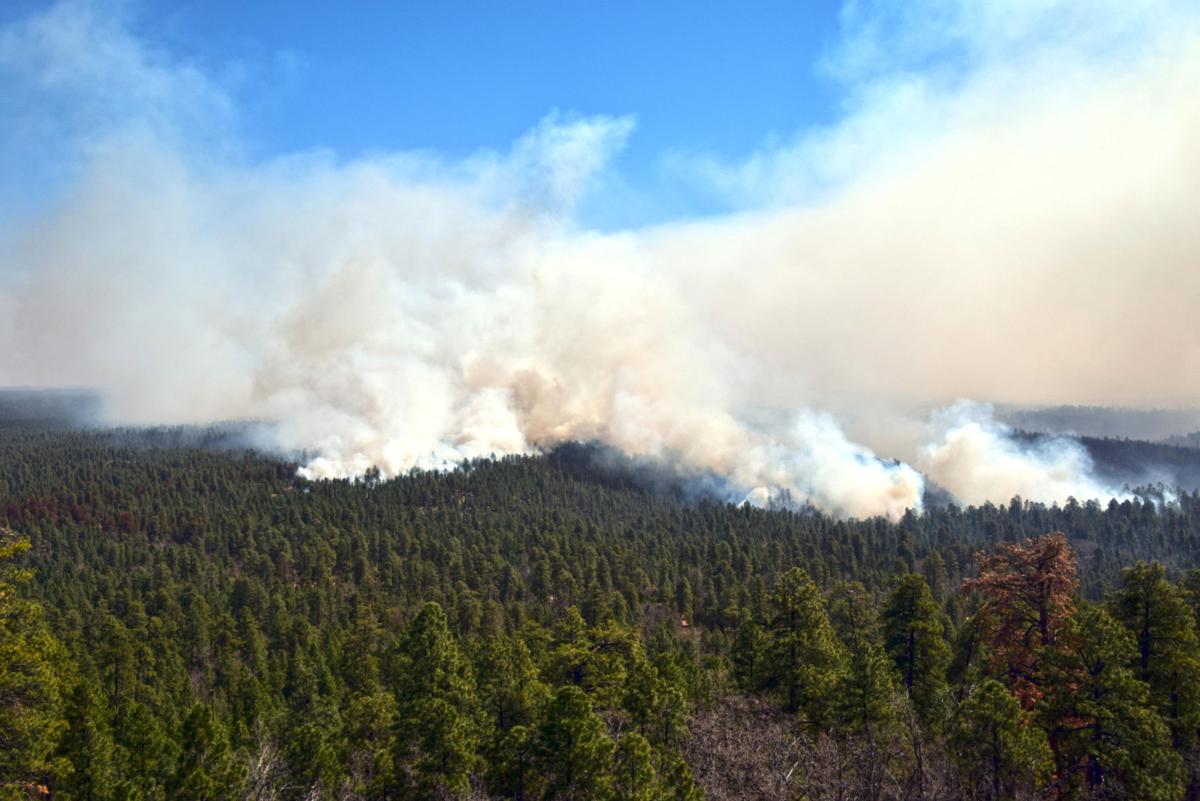 Researchers say the western U.S. should be ready for future fires that could consume at least fives times the current burn areas.