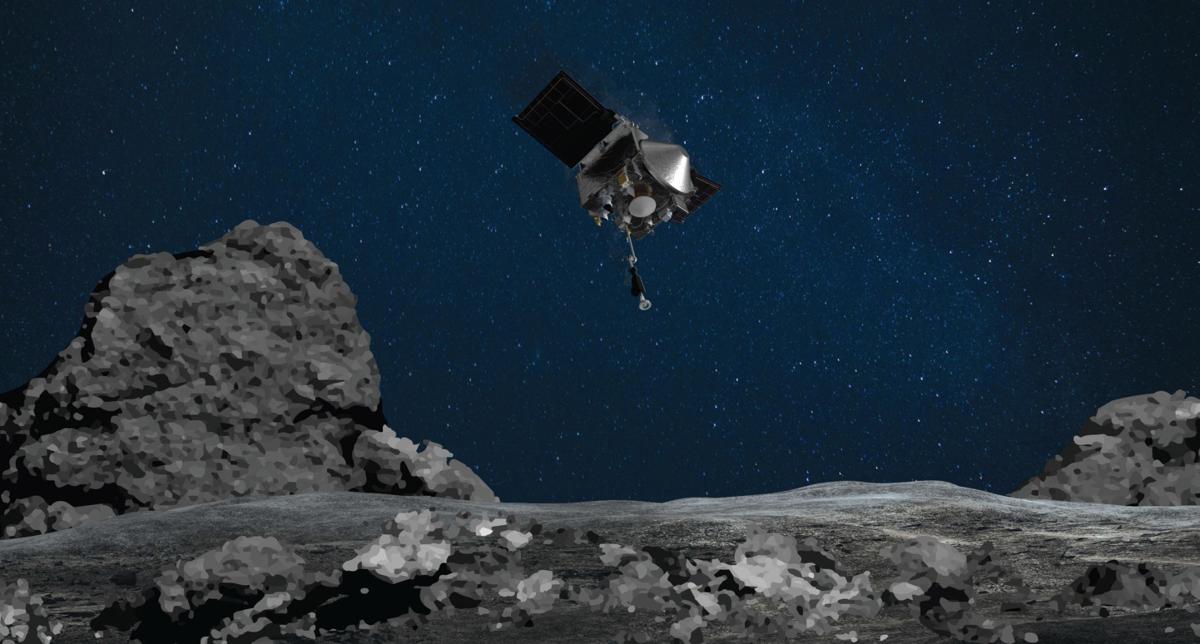 A computer rendering shows OSIRIS-REx approaching the asteroid Bennu. Wednesday’s final fly-by will bring the unmanned spacecraft to within about 2.3 miles of the asteroid. 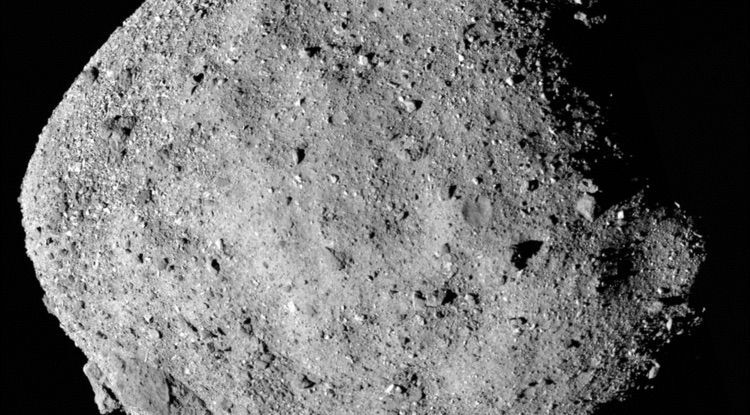 A mosaic of images taken during a flyby of Bennu in 2018 will be compared to ones to be taken Wednesday.

The University of Arizona-led OSIRIS-REx mission will swoop in for one last close-up view of the asteroid Bennu on Wednesday, before heading home next month.

The maneuver will bring the unmanned probe to within about 2.3 miles of the mountain-sized space rock, but it will take a week or more for researchers to download and analyze images from the flyby.

This will be the closest it has been to Bennu since it briefly grazed the surface to collect samples on Oct. 20.

During those few seconds of contact, the sampling arm on OSIRIS-REx sank more than a foot into the surface, then blasted the asteroid with pressurized nitrogen gas, producing a cloud of rocks and debris.

The thrusters also sent stuff flying as the spacecraft rocketed back to safety after the touch-and-go maneuver.

The mission team plans to take a series of high-resolution images and other readings during the flyby Wednesday, April 7, and compare them to earlier imagery to see what impact the spacecraft had on the asteroid.

The analysis is expected to tell them more about Bennu’s surface properties and the status of the science instruments on OSIRIS-REx, which may have been coated in dust during the touch-and-go.

The spacecraft is scheduled to leave the Bennu area for good on May 10, when it will fire its main engine and begin its two-year journey back to Earth.

As it nears home, the spacecraft will jettison a return capsule filled with asteroid samples to blaze through the Earth’s atmosphere and land under parachutes at a military test range west of Salt Lake City on Sept. 24, 2023.

Photos: Meet Me at Maynards

Eventually, the 4.5-billion-year-old pebbles and dust from NASA’s first-ever asteroid sampling mission will be doled out to laboratories around the world, including at the University of Arizona, to help scientists study the formation of the solar system and the origins of life.

A computer rendering shows OSIRIS-REx approaching the asteroid Bennu. Wednesday’s final fly-by will bring the unmanned spacecraft to within about 2.3 miles of the asteroid.

A mosaic of images taken during a flyby of Bennu in 2018 will be compared to ones to be taken Wednesday.