Planetary scientists from the University of Arizona and the Planetary Science Institute in Tucson made major contributions to the instruments onboard the Cassini spacecraft.

Carolyn Porco was a UA faculty member when she was appointed head of the imaging team for the Cassini mission in 1990. She’s since moved to the University of Colorado at Boulder, where she continued to collect never-before-seen perspectives of the ringed planet.

Cameras on board Cassini give scientists a wider spectrum of light with which to investigate the composition of Saturn’s clouds, rings and moons, including the hazy, orange Titan, dusty-looking Iapetus and icy Enceladus.

Candy Hansen, one of many institute scientists working on the Cassini mission, focused her work on the UltraViolet Imaging Spectrograph. She began in 1990 and is still a co-investigator.

“This is a bittersweet time ... I feel like I am losing an old friend,” Hansen said in a prepared statement. “But the years of data have been a beautiful gift from the spacecraft and my wonderful friends on the project will continue to be an important part of my life.”

UA scientist and engineers also built the Huygens Probe, which hitched a ride with Cassini until it plummeted to the surface of Titan in 2005, snapping pictures along the way.

Huygens’ fall revealed Titan’s complex terrain including ethane and methane lakes. While the surface is Earth-like in appearance, it is alien in composition. Huygens is the only man-made object to land on a moon in the outer solar system.

Martin Tomasko, a now-retired research professor at the UA’s Lunar and Planetary Laboratory, was the principal investigator for the Huygens Probe, which was equipped with the Descent Imager/Spectral Radiometer camera that took the famous photos.

The Cassini spacecraft, which features a camera and instruments designed by University of Arizona scientists, hurtled into Saturn after a seve…

UA's Dante Lauretta was 'born to lead' a NASA mission

As OSIRIS-REx cruises to Bennu, Lauretta and his team are gearing up to receive its treasure.

The spacecraft's cameras worked better than expected during its search for asteroids caught in Earth's orbit.

Perfect launch sends tiny craft on a 4-billion-mile journey to bring back a handful of dust.

Jupiter ready for its closeup

The Juno spacecraft will dive beneath the giant planet's intense bands of radiation, and UA's Bill Hubbard will be watching closely.

We've collected a few front pages from newspapers.com to give you a look at some Sept. 15 papers in history. With a subscription to newspapers…

The festival of lights, art and music at the Triangle L Ranch in Oracle continues Sept. 30 and Oct. 6-7, 2017. For more information, go to tri…

Marcia Rieke was working on James Webb Space Telescope when Harvey hit. She and the telescope made it out of the hurricane unscathed and on time. 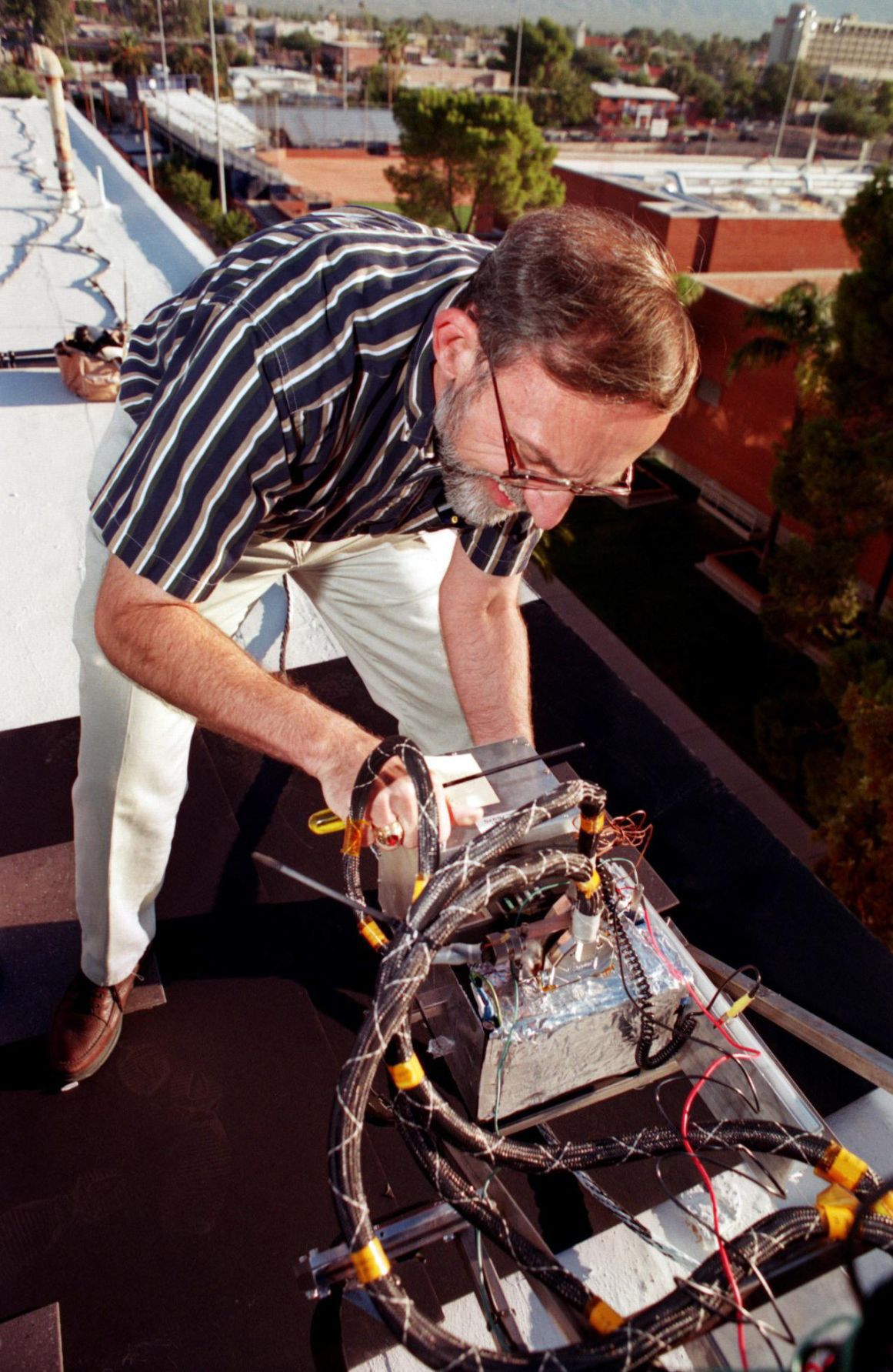 Marty Tomasko the Principal Investigator of the UA built camera, takes off the dust cover of a duplicate camera on top of the UA Space Sciences building in 1998. The original camera is on it’s way to Saturn aboard the Cassini spacecraft. 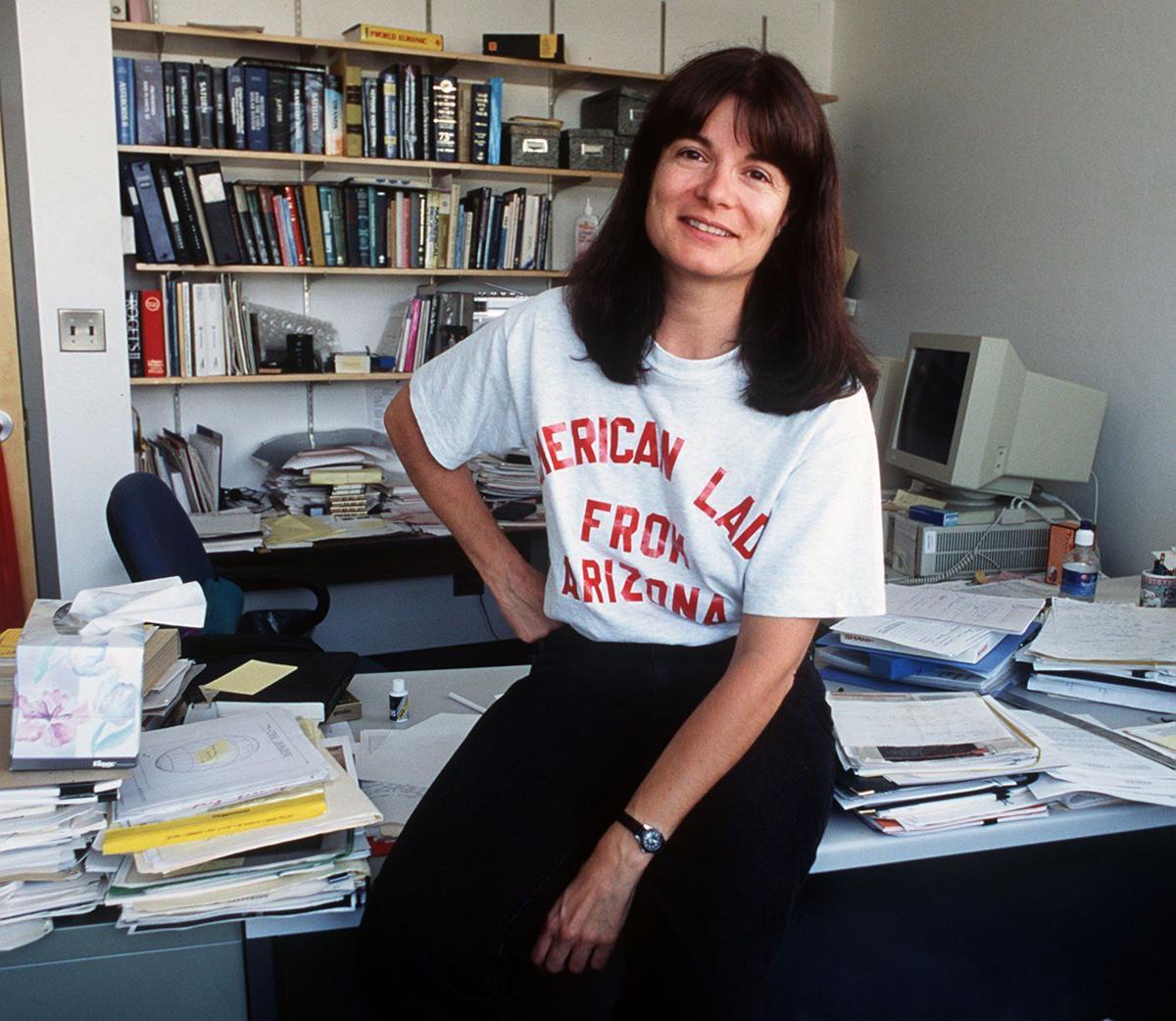 UA Planetary Scientist, Carolyn Porco in her office in the UA Space Sciences building in 1997. She heads the team that placed the camera for the Cassini spacecraft mission. 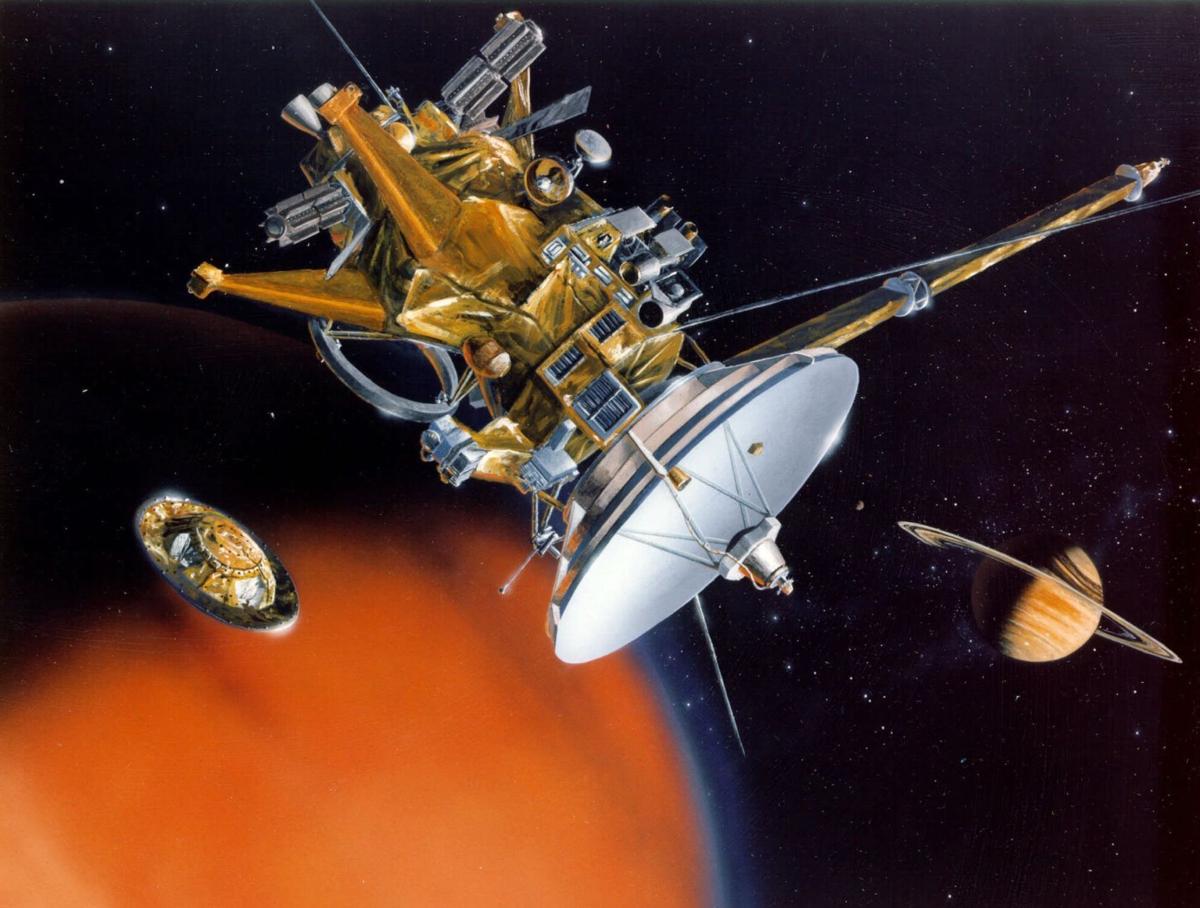 Artist’s conception of the Cassini orbiter shows the Huygens probe, left, separating to enter the atmosphere of Titan, a moon of the planet Saturn, shown at right.