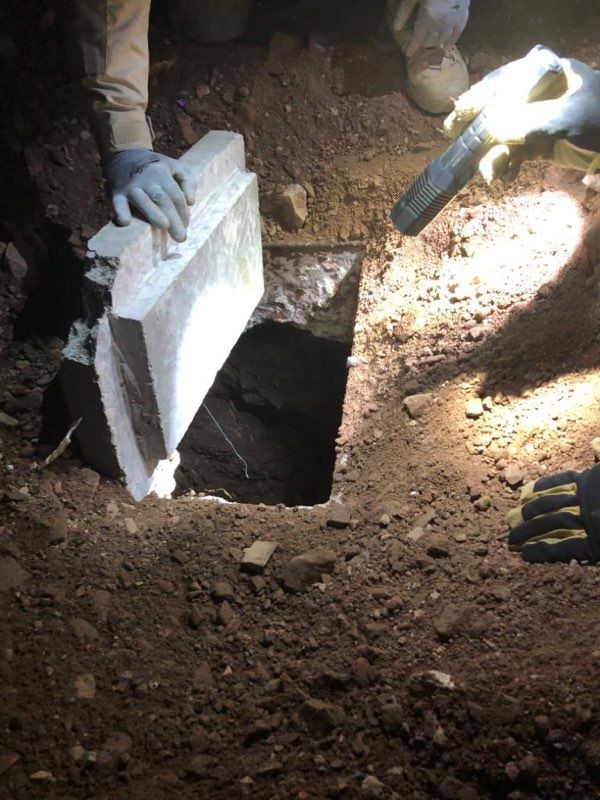 Federal agents from the U.S. and Mexico found a 29-foot-long “incomplete cross-border tunnel” beneath the border fence in Nogales on Thursday, U.S. border agents said.

The tunnel was discovered during a regular check of the drainage system that both countries use, said a U.S. Customs and Border Protection news release.

The construction site was discovered underneath the concrete floor of the drainage system. CBP agents said the tunnel was about 3-feet-wide and 5-feet-tall at the entrance, which was covered with dirt, plywood and a cement plug. Electrical wiring and tools were also found inside the site.

Both federal agencies plan to secure the construction site and fill it with concrete. The CBP Tucson Sector has located 123 tunnels within its sector since 1990, the news release said.

CBP agents said routine patrols with the Mexican Federal Police aim to prevent  tunnels from operating as conduits to transport illegal contraband, currency, weapons and people across the border.

Drugs, guns found in home of Tucson woman who shot and killed 2 intruders

Guns and drugs, including mushrooms and LSD, were found inside the midtown Tucson home of a woman who shot and killed two men police say were …

A Pima County sheriff’s deputy was arrested Monday for allegedly shoplifting at a Walmart in Oro Valley, officials said.

The driver has yet to be publicly identified, but he likely will face felony charges, officials say.